The Great Abyss: Who Was the First to Provide a Description of Baikal

The Moldavian boyar (repetitive of court nobility) with an unusual surname – Spathari - gave the first description of Baikal and detected its boundaries with high accuracy with the use of an astrolabe. If you want to know what Baikal looked like almost four centuries ago, you should read our article. 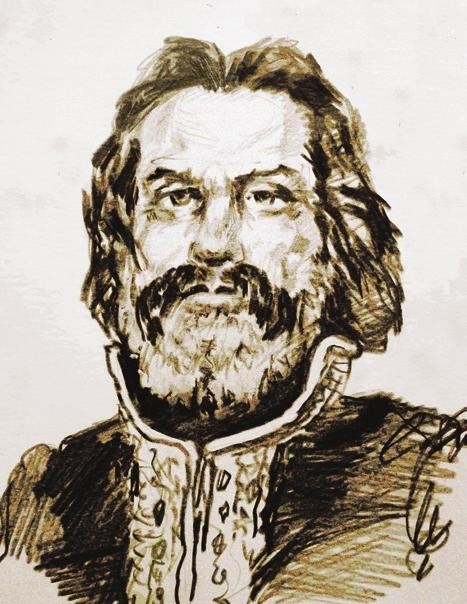 Baikal was a favorite destination of travelers long before tourism, ecological trails and comfortable (or uncomfortable) tourist centers emerged around the lake. The lake attracted people with its energy, exclusive natural beauty and, of course, pristine, poorly explored places. Many distant locations still remain unexplored up to our now.

However, today we will go back to the past, to the distant XVII century, when, after a long time of troubles, Russia began to expand into new territories and actively explore the Far East and Siberia. In addition to the acquired territories, the state also had a new very influential neighbor - China.

With the purpose of describing the new lands and agreeing with the Chinese Emperor, Moscow sent Nikolai Gavrilovich Spathari, a Moldavian boyar from an Orthodox Greek-Moldavian family, to the Celestial Kingdom. The nickname “Spathari” is derived from the Moldavian word “spetaru”, “spetar” - the name of a position at the court which originally implied carrying a sword called “spadă” and a leader’s warder during ceremonies. Nikolai Milescu had held such a position under the reign of Gheorghe Ghica in Moldavia and Wallachia until 1671, when he was sent to Moscow and remained to serve in Russia. The boyar was sent to China to establish a peaceful trade and was required to send a “natural Chinese representative” to Moscow. The Chinese were supposed to give such gifts as precious stones and silk to the Russian Tsar.

A successful diplomat, scholar and theologian, who skillfully mastered nine languages, Spathari prepared a blueprint of the route during his trip; he also wrote three books. His work titled “The Journey of the Russian Envoy Nikolai Spathari through Siberia from Tobolsk to Nerchinsk and to the Borders of China” provided a detailed description of Baikal as of 1675 and a lot of useful information about Siberia of that time.

Spathari writes that, despite the splendor and great size of Baikal, he could not find any description of the lake, and that was why he considered it his duty to describe “the Baikal Sea – a great abyss”. There was really no description of the lake back then, and it was Spathari who gave the first detailed description of Baikal in geographical books. Spathari performed calculations of geographic latitude with an astrolabe method. He managed to list almost all the large rivers flowing into Baikal, including Selenga, Barguzin, Verkhnyaya Angara (Upper Angara River); he described the Olkhon Island and correctly estimated the depth of the lake, noting that it was comparable to the height of the mountains.

Already at that time Baikal was called a sea and honored as a Great Master. The traveler mentions that the name of “Baikal” was probably derived from the name of a “foreigner” who lived in these places, however, it was most likely connected with a spirit, the Master of Baikal, honored by local peoples.

“All foreigners, both Mungals and Tunguses, and others, call the entire Baikal Sea “Dalai” in their language, this is a sea;  and these foreigners call only two great lakes “Dalai”: the first one is Baikal, and the other is the lake from which the Argun River flows; when we describe the Argun River, we will begin to write about the second lake; but now we will proceed with Baikal. And the name of Baikal seems to be not Russian, but derived from some name of a foreigner who lived in those places”.

Spathari was the first to describe the fact that the only river flowing out of Lake Baikal was Angara, and all other rivers filled the basin of the lake. His opinion about the nature of the lake is interesting: Baikal can be called a sea because it flows into the Ocean together with Angara; but it is also a lake because its water is fresh. 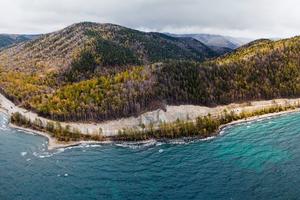 Not a Sea, but a Future Ocean

“Baikal can be called a sea, due the fact that the large Angara River flows from it and then crosses many other rivers, Yenisei among them, all of them flowing into the Great Ocean; and this is the reason to call Baikal a sea, it is connected with the Great Sea, you cannot go around it; one more reason to call it a sea is its size:  its length, width and depth are great. You can call the water reservoir a lake due to the fact that the water in it is fresh, not salty <...> High mountains surround Baikal from all sides; the snow on their caps does not melt, sometimes even in summer”.

The traveler does not omit the flora and fauna of the lake, telling about the unusual animal - ringed seal - and the variety of fish found in the lake’s waters.

“Indeed, there is plenty of fish in Baikal: sturgeon and cisco, and many others, there are many  ringed seals in the lake, but there are only a few houses near Baikal, except for a small number of Tunguses who feed on fish, because there are no arable lands around Baikal; besides, industrial workers live here in winter. And the forest near Baikal is large and consists of cedars with lots of nuts on them, other trees are also present in the forest. And the water of the lake is clean because the bottom can be seen, despite the great depth; it is good to drink this water because it is fresh”.

Spathari was one of the first to describe Baikal in winter, he names almost precise time when the lake is covered with ice - in mid-January, when the Epiphany frosts strike, as well as the time when the ice melts  - “until May, around spring Saint Nicholas' Day”.

The traveler describes the ice drift on Baikal with incredible vividness: the famous noise of the Baikal ice floes cracking and breaking against each other in late spring.

…The sea rests and is divided in two, and there are cracks with the width of 5 meters or more, and the water from the lake does not spill over the ice but comes together again soon with great noise and thunder, and an ice shaft appears in that place;  noise and great thunder persists everywhere under the ice of Lake Baikal in winter, as if someone fires a cannon (great and fearless one), especially between the Olkhon Island and Svyatoy Nos Peninsula, where the abyss is large.

Historians believe that the journey could not lead to the establishment of close and friendly relations between the Russian state and the Qing Empire. Unfortunately, Spathari failed to agree with the new neighbor. Moreover, in the following years, Manchurian troops started military operations against the Amur Cossacks and captured the Albazinsky Fortress. However, the journey of the Moldavian boyar was not useless for Russia. In addition to the description of Lake Baikal, Nikolai also wrote the first Russian book about China, where he told every detail about this distant land and even gave historical references. Besides, his description of Lake Baikal has long been included in all historical and geographical reference books.