Not a Sea, but a Future Ocean

Why is it wrong to call Baikal a sea? Will the lake become an ocean? Read the answers to these and other questions in an exclusive interview with “Key to Baikal”.

One of many ecological holidays established by the United Nations - World Maritime Day - quietly passed on September 27. This day has been celebrated since 1978 by the decision of the 10th Session of the Assembly of the Intergovernmental Marine Consultative Organization and is dedicated to drawing international attention to the irreparable damage to seas and oceans done by fishing, water pollution and global warming. Lake Baikal is often called “Great Sea”, so we decided to ask several Irkutsk scientists if this was correct in any way.

The mystery in presented by the very name of Baikal. Some researchers believe that the word is derived from the Yakut “buy kel” – “rich lake”. But some translate the name from Chinese as “Bay Hai” – “Northern Sea”. “Maritime” arguments also include the fact that Baikal is inhabited by several species of purely marine sponges, fish and the pride of Baikal - ringed seals. However, the Irkutsk scientists studying Baikal and therefore possessing the exact terminology are very skeptical.

The employee of the Institute of the Earth’s Crust of the SB RAS, Doctor of Geological and Mineralogical Sciences, Professor Kirill Levi reports:

- The fact that Baikal is a sea is just a slang word created by the people because of the size of the lake. In geographical terms, this is an inland lake. 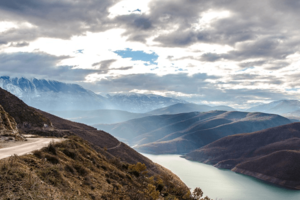 Origin and History of Lake Baikal

The same point of view is shared by his colleague from the Institute of Geography of the SB RAS, Doctor of Geographical Sciences, Professor of the Department of Geography, Cartography and Geosystem Technologies Viktor Plyusnin:

- Baikal is undoubtedly large. As everyone knows, there is even “Maloe More” (“Small Sea”) Strait in inside the lake, so it is not surprising that Baikal itself is sometimes called a “sea”. If you follow the exact terminology, the Caspian Sea is also a lake. If you answer the question from a formal point of view, Lake Baikal refers to lakes. Because a sea, as a rule, has direct exits to the ocean, while Baikal is situated deep inside the land. The sea is a coastal part of the ocean jointed with the latter by the level of depth, directions of currents. Whereas there is no such direct contact inside the land... Of course, one can say that Baikal enters the ocean by means of rivers - through Angara and Yenisei. But this contradicts the definition of a “sea”. Baikal is a lake indeed.

Some consider Baikal a sea because of its depth, area and volume - that is, the units of measurement comparable to the characteristics of a sea. But there is one more criterion: the seas are mostly salty, like the ocean, and the lakes are fresh, for they are filled by freshwater rivers.

The line in the discussion was drawn by the Deputy Director for Science of the Irkutsk Limnological Institute of SB RAS Vadim Annenkov.  Answering the question about the nature of Baikal from the scientific point of view, he replied with certainty:

Is Baikal a Future Ocean?

So, Baikal is not a sea, but in the distant future the lake has every chance in to become another ocean. Kirill Levi commented:

- Indeed, the Baikal is crossed by the Angara tectonic fault along the Southern basin. The Baikal basin is a fissure between the Siberian and Transbaikal plates of the Earth’s crust. It grows at a rate of 3-4 millimeters per year. In the distant past, this led to the formation of the Baikal basin. The area of shifts may reach the Gulf of the Sea of Okhotsk. One of the published atlases of Lake Baikal contains visible signs of a future ocean. And the lake can become an ocean if the dynamics of the Earth’s interior does not change. But this will take several million years.

- Yes, the Siberian reef is located at the junction of the Siberian and Amur tectonic plates. They move away from each other, the opposite coasts of Lake Baikal move away from each other. The consequence is the increased seismicity of our region, emergence of thermal springs from the bottom of the lake in Tunkinskaya, Muiskaya, Barguzinskaya basins where the plates drift apart. The area of water surface increases. Thus in many millions of years Baikal may well grow up to the Sea of Okhotsk, merge with it and join the Arctic Ocean.