There are people whose lives affect many others and permanently change the usual course of life. Vasily Nikolayevich Basnin was hits kind of person — the Irkutsk art patron and friend of the Decembrists. Our new text from the section “The Lives of Great People of Baikal” will be devoted to him.

This year we celebrate the 220th anniversary since the birth of Vasily Nikolayevich Basnin, a merchant, philanthropist, art patron, booklover, collector of engravings, amateur botanist, public figure, member of the Russian Geographical Society...

The surname of the Basnins is widely known not only in Irkutsk. One of the most worthy representatives of this family, Vasily Nikolayevich, was born in 1799 and continued the merchant traditions already in the fourth generation. The way of his ancestors to wealth was an example of how hard work can make a dream of a better life come true. At the end of the 17th century, Vasily Nikolayevich's great-grandfather, Maksim, an ordinary peasant from Kholmogory, settled in the village of Orlinga (upper reaches of the Lena River). And his great-grandson already had the opportunity to get an excellent education, not only in Moscow, but also abroad (England). Prosperity did not turn him into a mercantile businessman, on the contrary, Vasily Nikolayevich was characterized by progressive views, rare decency in affairs  and in everyday communication, courage (it will just suffice to mention helping the Decembrists and friendship with them), admiration for art and science, and incredible love for the Siberian land. 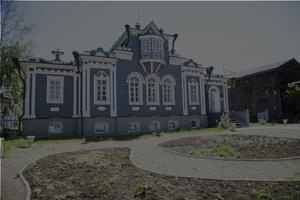 Decembrists in Siberia: from Political Criminals to Educators

This was how the Decembrists deservedly called Vasily Nikolayevich, whose close relations began in 1833 at the Petrovsky Plant (a village in Transbaikalia where the Decembrists were sent for penal servitude), where Basnin came intentionally to supply the “state criminals” with all necessary things. He continued to help Decembrists in Irkutsk as well. When lending money to the Decembrists, Vasiliy Nikolayevich did not expect that they will be returned; however people who had been living and developing, for the most part, in the atmosphere of the northern capital, needed intellectual support as much as they needed funds. The merchant threw the doors of his home open for the settlers: there they could, among other things, get acquainted with the latest literary novelties. As remembered, Vladimir Raevsky - a writer and a Decembrist - stayed at Basnin’s house for several weeks both for the sake of reading and for the sake of communicating with Vasily Nikolayevich.

A large library and collection of engravings of Basnin demanded systematization. Borisov brothers and A.Z. Muravyov were involved in compiling the catalog. The art collection of Basnin also included the works by Decembrist artists, here one should pay special attention to the two albums ordered by Basnin from Petr Borisov and Andrey Borisov for money. Petr, a skillful watercolor painter, painted plants, birds, animals and insects of Eastern Siberia, and Andrey, a skillful bookbinder, turned the drawings into magnificent publications.

And even after the Decembrists departed from Irkutsk and its surroundings, Basnin continued to exchange letters with some of them. 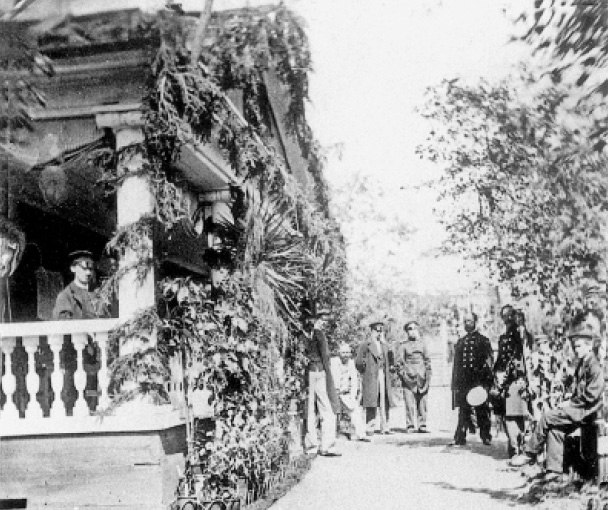 One of the obituaries V.N. Basnin (he died in Moscow in 1876) said that “he was well-educated thanks to his extraordinary desire for reading and innate remarkable curiosity and energy”. These qualities of Basnin rendered really invaluable services for Irkutsk, as follows:

- a unique library collected from rare editions and book novelties was open to all city residents. When he left for Moscow, a part of the Basnin’s collection was left for the Theological Seminary free of charge. Since 1918 these books have been stored in the library of the Irkutsk State University;

- after Basnin’s departure from Irkutsk, a free hospital for the poor and a pharmacy were created in his house.

Vasily Nikolayevich was an amazingly versatile and devoted person. He was sure to succeed in virtually every business. He was seriously interested in botany and gardening.

Getting addicted to collecting herbariums and making up, first of all, a herbarium of Dahurian flora, Basnin unexpectedly came across a plant that was unfamiliar to science. The famous botanist N.S. Turchaninov who respected Vasily Nikolayevich for his asceticism and passion for botany described this plant in his scientific works, giving the name “Nymphae Basniniana” to the newly discovered beautiful water lily.

Basnin was also a pioneer in undertaking the experiments on the acclimatization of plants in the severe natural conditions of the Baikal region. In fact, he became the ancestor of gardening in Eastern Siberia. Describing the results of his successful attempts to adapt fruit trees to the local climate and publishing a book on gardening, Basnin tried to get his compatriots interested in breeding flowers, fruits, and vegetables.

And when Vasily Nikolayevich got excited with meteorology, he treated his new activity so responsibly that he had been observing the weather for many years, recording the data in a special climate journal. Subsequently, it became clear that his notes contained the most important scientific material, since no one had done such work so thoroughly and for so long a period as Basnin did.

The Garden of Basins is truly an amazing phenomenon in the life of Irkutsk in the mid-19th century. It was founded in 1834 by the father of Vasily Nikolayevich for family use, and thanks to the younger Basnin it turned into a favorite public place for Irkutsk people. The residents of the city who were tired of the winter cold were enjoyed walking under green exotic plants. There were wonderful samples of flora in the greenhouses, including sour orange, coffee tree, Japanese camellias, and double-flowered cherries. The garden also had such plants as apples, pears, plums, peaches, tangerines, oranges, grapes and even pineapples! A total of more than 120 different plant species from all continents “lived under one roof” in that farden.

According to the description of contemporaries, the Garden of Basnins in many ways complied with the criteria of a botanical garden, representing a collection of documented plants with labels in Russian and Latin. At the same time, the garden was also a favorite resting place of Irkutsk people, where many people were walking, especially nannies with children.

However, the story of the “Irkutsk miracle” ended in 1879, when a great fire destroyed the center of the city, including the greenhouses and the building of the “Basnins’ Garden” located next to the Tikhvinskaya Square.

We really want to remind you that once a street in the center of Irkutsk was deservedly called Basninskaya, in honor of Vasily Nikolayevich...