Verkhne-Angarsky Game Reserve: the Guardian of the “Bird Kingdom” of Lake Baikal

Verkhne-Angarsky Regional Game Reserve has become the next topic in the series of articles about the specially protected territories of Lake Baikal. Today we will talk about the way how these help to successfully preserve the delicate natural balance of the Baikal region.

The History of Origin

One more game reserve was opened in the Baikal Region in 1979. The reason for this was the resolution of the International Convention signed by representatives of six countries at the same time: the USSR, the USA, India, Korea, Canada and Japan. Initially, the main goal of the Verkhne-Angarsky Game Reserve was the protection of swimming birds and their habitats. However, over time, the activity of the Game Reserve expanded and was then aimed at preserving and multiplying the number of all species of animals and plants that can be met within the protected area.

The Location and Features of the Territory

The Biological Game Reserve is located on the northern coast of Lake Baikal, surrounded by the majestic mountains of Baikal and Barguzin Ranges. It occupies the eastern part of the delta of the Verkhnyaya Angara River: hence came its name. The protected area exceeds 12 hectares.

The Game Reserve is separated from Lake Baikal by a sandy spit of the Yarki Island: this spit protects the territory from wind and water erosion. In case this natural barrier is destroyed, the area of ​​the Verkhne-Agarsky Game Reserve will be flooded. Then the habitat of many rare birds, animals and plants will be destroyed. That is why works and special studies are regularly conducted on the territory of the Game Reserve: they minimize the probability of occurrence of such a situation.

A lot of mammals live on the territory of the Biological Game Reserve. Thus, fox, mink, muskrat, squirrel, ermine and Siberian weasel are common in the coastal and forest zones. There are also larger animals: reindeer, elk, roe deer and even the master of the taiga - the Siberian bear.

Due to the fact that a large part of the territory of the game reserve is constituted by wetlands, the fish fauna is also rather rich here. Verkhnyaya Angara is a very valuable fishing resource. Lenok, whitefish, taimen, grayling and the famous Baikal omul migrate through the waters of this river.

Let’s Talk about the Birds Now!

Since the Regional Game Reserve was created to preserve waterfowl, there is no need to talk about ornithological diversity. About 265 bird species live within the protected area, 190 of them are constantly nesting there. Verkhne-Angarsky Game Reserve is full of rookeries of gray herons, gulls, terns. Mallard, bean goose, pintail, wigeon, tufted duck, green-winged teal, shoveler, goldeneye can be also met on the protected territory. In addition to permanent inhabitants, other birds fly through the Game Reserve. The total number of birds visiting the protected area during one season makes up at least 500 thousand.

Besides, very rare species of birds live on the territory of the Game Reserve. Some of them are listed in the Red Book of Russia, Red Book of the International Union for Conservation of Nature, as well as Red Book of the Republic of Buryatia. These birds include: white-tailed eagle, osprey, Eurasian bittern, kingfisher, gray crane, black stork, Asian dowitcher, whooping swan, short-eared owl and others.

We have made up a list of interesting places you visit along the way specially for those who do not want to limit themselves to the through in the protected area and study of rare birds: 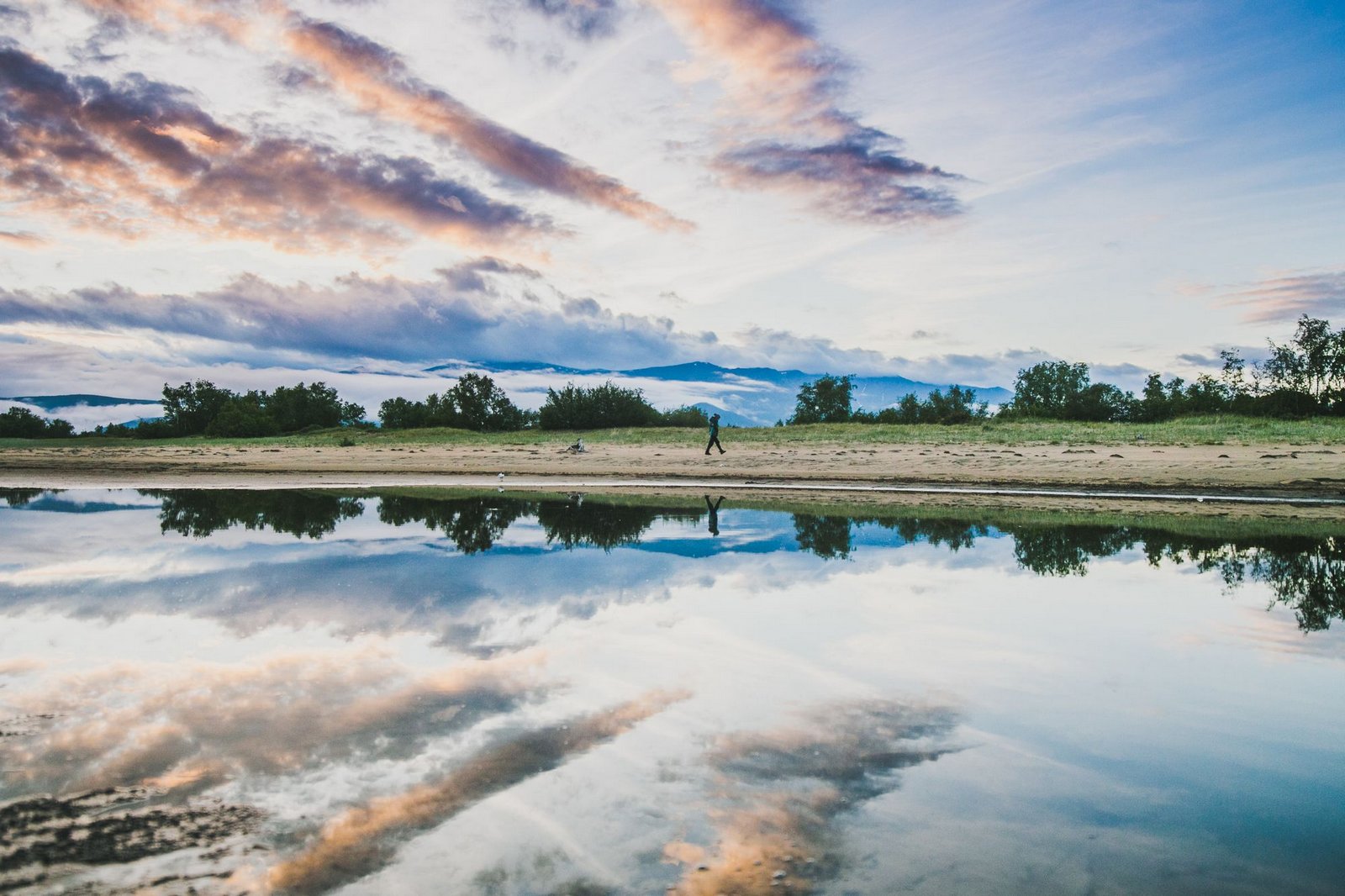 The Sandy Island of Yarky

Golden beaches and picturesque nature turn the island into one of the most popular recreation places in the Northern Baikal region. In summer the water gets as warm as 24 degrees Celsius: it’s an excellent reason to come to Yarki and take a swim. There is also good news the fans of fishing: grayling, perch and pike bite perfectly well in the streambed of Kichera. Therefore, if you still have no idea where to spend the weekend, you could consider this option.

The Obelisk Titled “The Northernmost Point of Lake Baikal"

It’s almost impossible to visit Severobaikalsk and fail to see this sculpture. It represents the northernmost geographical point of Lake Baikal. The obelisk was erected in 2010 and has been the main attraction of Nizhneangarsk - the administrative centre of the Northen Baikal region – since then.

The territory of the Northern Baikal region has not one, but four healing springs: Kotelnikovsky, Dzelinda, Khakusy, Goudzhekit. Tourists from all over the world have long been visiting them to heal the diseases of the skin, musculoskeletal system, cardiovascular, nervous, respiratory, gynecological and other systems. The effectiveness of such procedures is confirmed by medical experts.

There are comfortable hotels and tourist bases near the springs: they are always ready to accommodate the guests, regardless of the season of the year. Combine a pleasant trip to beautiful places with wellness practices. You will really enjoy such a trip!

Did you know that…

- In 1643 the Cossacks led by Semyon Skorokhodov erected the first Russian prison on Baikal - Verkhne-Angarskiy prison - on the territory that belongs to the Game Reserve now.