Kika flows along the Pribaikalsky district of Buryatia, in the upper reaches it is called Bolshaya Kika (“Big Kika”) and its total length makes up 107 kilometers. Due to the large area of ​​its basin (2010 sq. km), Kika ranks ninth in size among all the rivers flowing into Lake Baikal.

The source of the river is located at an altitude of 1700 meters, at the top of the Ulan-Burgasy ridge; Kika flows all the way to Baikal through a very rugged mountainous terrain. So the river has to constantly zigzag, which, of course, affects its speed that increases as the river approaches the place of its confluence with the lake. 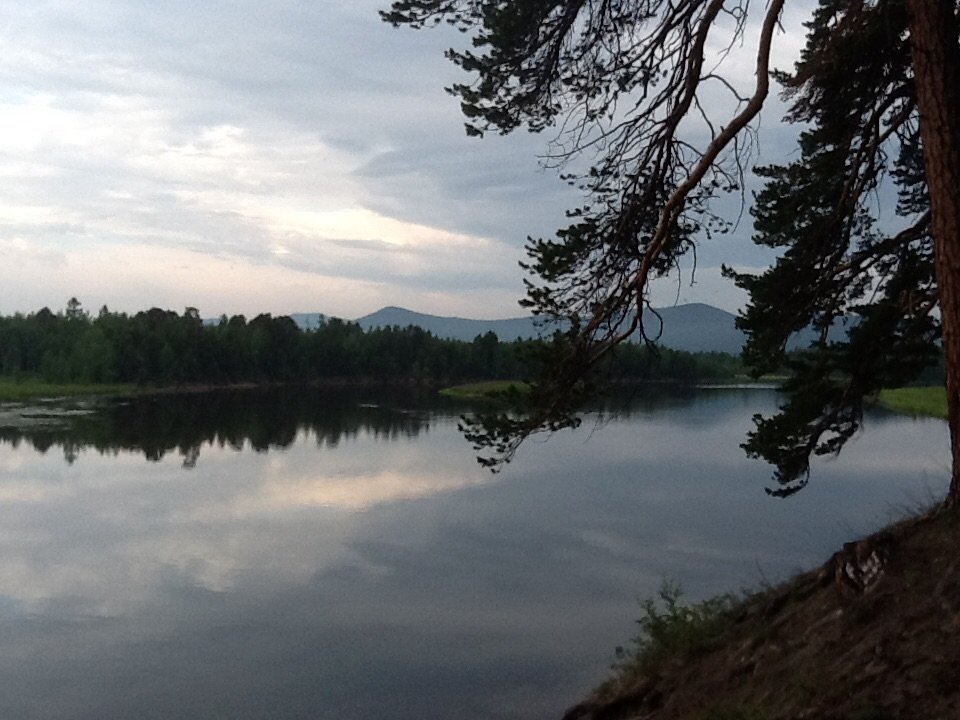 Snow and rain are the main suppliers bringing water to this mountain river. Moreover, the river itself feeds not only Lake Baikal, but also three small lakes located in the valley of its lower reaches: Dikoye, Bolshoye Dukhovnoye and Maloye Dukhovnoye. Besides, the largest lake around Baikal - Kotokelskoe – is situated very close to the river.

In addition, the river has a total of 18 tributaries - small mountain rivers and streams.

The border of the Pribaikalsky State Natural Biological Reserve, one of the most beautiful reserves of Lake Baikal, passes along the river from its mouth to the confluence with the Goreva River, which is 36 kilometers away from the mouth. Besides the settlements Gremyachinsk and Kika are situated on this the river, and the village Khaim that is uninhabited now is situated at the mouth of the river’s tributary with the same name.

The Legend about Kika

As befits, the Kika River has its own legend, or, as they say in Siberia, its sown story.

Once, a rich merchant with his beautiful wife went to Barguzin from Verkhneudinsk (modern city of Ulan-Ude). The road was long and difficult. As they approached a stormy deep-water river, they decided to make a halt. The merchant began to fish, because there was plenty of fish in the river, and his wife went to the forest. It turned out that there were lots of berries in the forest: large and juicy blueberries and crimson lingonberries, red and black currant along the river bank. The merchant’s wife were surprised by such nature’s wealth, and she realized that she did not even have a basket. And then she decided to use her rich headdress embroidered with pearls and precious stones instead of a basket (this headdress was called “kika” and was worn by married Russian women). She collected a full kika of berries and went back.

The merchant and his wife were happy that the place was that rich in fish and berries, and decided not to forget about it. How could they remember it, if the river was nameless? Therefore, the merchant’s wife left her kika hanging on the bridge.

Her headdress stayed there for a long time, becoming a symbol of the wealth of local nature. And from then on, the locals began to use the toponym: to stop at Kika, to go past Kika ... Thus, gradually they began to call the river this way. Around the end of the 19th century, the village of Kika was founded in the same place. At first, it was only a winter hut where the Severgin family lived. Later, at the beginning of the 20th  century, two more families joined them, thus, people gradually settled on the Kika River. During the years of Soviet reign, first, a commune appeared there, and in 1937, the “Truzhenik” work association was created on the basis of the two villages: Kika and Khaim.

Several famous hiking trails start in the village of Kika today. For example, the twenty-kilometer trail to the Bychya Mountain, as well as the famous hiking trail Kika – Prorva that is 12 kilometers long. Prorva is a place in the rock, under which Kika with its rapid waters made its way through the cave. The water goes under the mountain, and it is unknown where it returns to the surface.

Kika River is appreciated by the fans of rafting tourism: here you can arrange real water adventures that will stay in your memory for a long time. In addition, Kika is always a pleasure for fishing enthusiasts. This river with a wayward main flow is a paradise for fishermen, because it has many branches and backwaters impressing with their transparency: the best Siberian fish can be found there.