Tyia: A River Full of Surprises

Let’s continue getting acquainted with the Baikal rivers. The Tyia River has been known to people for more than four centuries; today it is a favorite tourists’ place for rafting. Meanwhile, one of the most complicated environmental situations on the lake is observed around this very river...

A river with the short name – Tyia – is flowing in Severobaikalsky district of Buryatia. Its “small motherland” is located between the mountain peaks, Inyaptuk and Dovyren bald mountains, at an altitude of 2578 meters. Tyia with its length of 120 km ranks eighth among the longest rivers flowing into Lake Baikal. The mouth of Tyia with a small delta is located to the south of the town of Severobaikalsk. 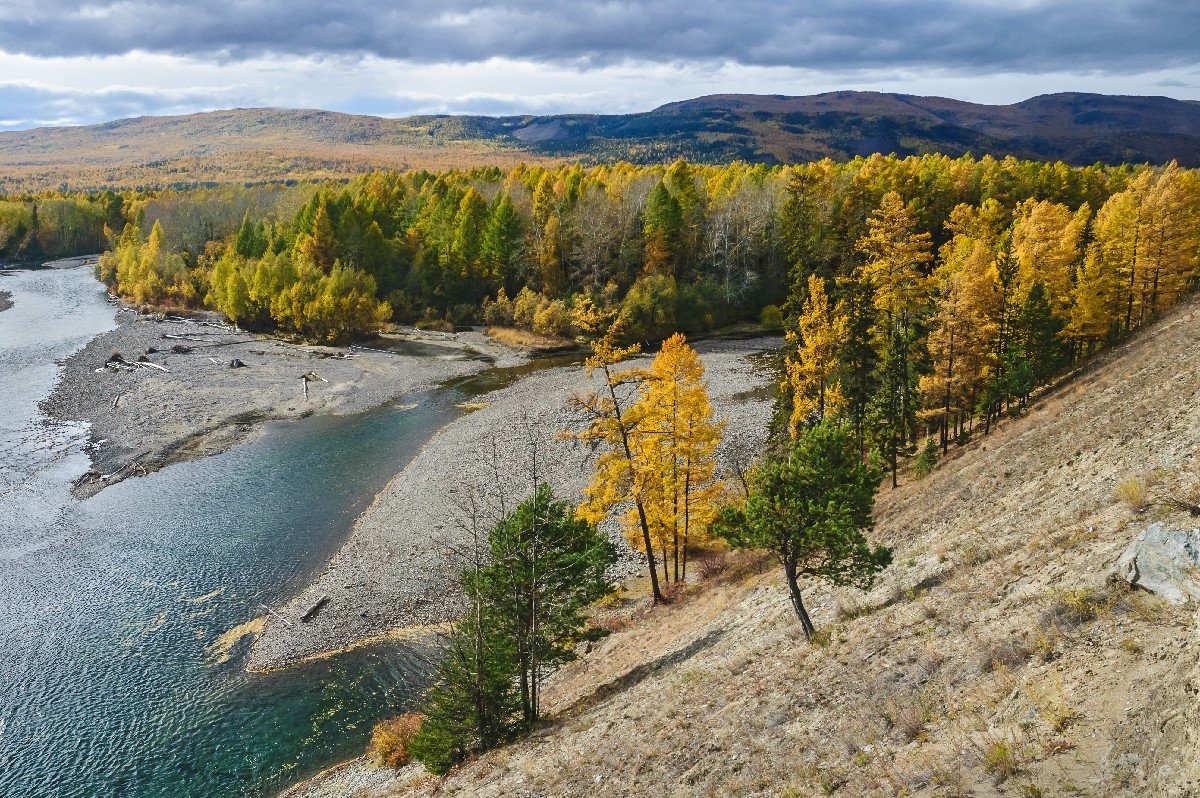 The history of origin of the name “Tyia” is both old and interesting.

The chronicle by A.I. Losev dated by 1646 says “... After that, the prince Kotuga leading the nomadic Tunguses near Barguzin attacked the Cossack chieftain Kolesnikov, but was defeated and turned into a Russian citizen”.

The detachment of the Cossack chieftain Vasily Kolesnikov discovered a direct and short route from Angara to Selenga and met the Evenki prince Kotegu who owned the best lands there. They first saw each other in the area of ​​“... the Tikona River”. There is an assumption that Tikona is another name of the same Tyia. However, the Russian Cossacks-explorers named the river “Kotyugin”, after the restless Evenki leader. The toponym established in Irkutsk in late 17th century. The famous diplomat, traveler and geographer Nikolai Spathari also mentioned the “Kotugina River”; it was also referred to in the “Drawing Book of Siberia” by Semen Remezov in early 18th century. However, later this name was forgotten, and the modern one - Tyia – finally replaced it.

Nevertheless, it's not all that simple. At least three versions of the name’s origin are known. The first one says that it was derived from the Evenki “dog”, meaning “a bad place”. Sometimes they specify that it meant “a grave, a dog’s place”. The second explanation is also related to Evenki roots, but it offers us to consider the word “tiya” meaning “narrow, cramped”. And finally, the third version claims that the word originated from the Yakut “tya” – “forest, taiga”. It is interesting that all descriptions correspond to reality, if you look at the territory along the banks of Tyia, and reflect the main features of the river’s “character”.

The Temper of the Tyia River 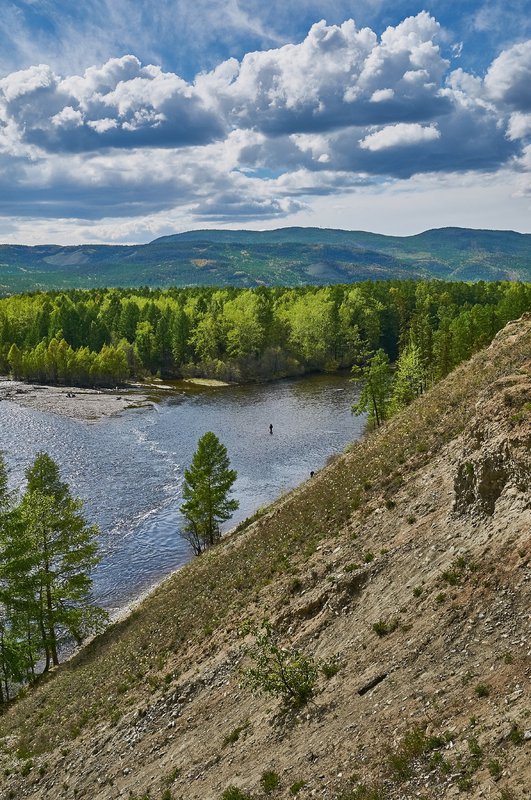 The river flows from north to south, to Lake Baikal, along the mountain-taiga terrain; 100 kilometers of the river out of 120 are a gift to water sportspeople. This is the length of the rafting section pleasing the sportspeople with numerous rapids, bars, shivers (rocky shallow sections of the riverbed), rocky outcrops.

The Ungdar ridge, about 100 km long, is sharply breaking in the Tyia Valley. This is a standard alpine ridge with separate glacial relief forms.

Rafting on various boats begins in the area of ​​the of Pereval village, where an average water grade is 5.5 m/km (the maximum figure amounts to 9 m/km). The river valley in this place is a wide swampy high plateau.

There is section where Tyia flows in a narrow canyon. It is located between the mouths of the tributaries of Amyndakar (left tributary) and Mirny (right tributary). Downstream, after the confluence of the Mirny and Tyia, the river valley expands, the channel is divided into arms, and long river stretches can be seen. The river overlooks a hilly morainic plain (moraine is a type of glacial deposits created directly by a glacier) and merges with Lake Baikal through several channels.

The character of Tyia is deceptive, and the river mostly shows its treacherous nature during the flood, when the width of the channel grows up to 100 meters. The picture of peaceful water, especially in June, can change in a couple of hours. The thaw and melting of snow not only raise the water level to the maximum, but also increase the speed of the current, then it becomes clear that this place is a deathtrap dangerous for those who are unprepared.

Besides, the banks of Tyia do not promise a calm walk. Both banks have huge mountains, impassable taiga, no trails; at the same time you can easily see not only bear traces, but also the encounter the animal itself.

The waters of the Tyia River suffered from a double blow. For the first time it was connected with the construction of the Baikal-Amur Railway in the 70s-80s of XX century. Then both Tyia and some of its tributaries were caught up in the zone of the construction of railways, tunnels, bridges, settlements... The anthropogenic load proved to be enormous; besides, uncontrolled pollution of rivers with oil products aggravated the situation.

If we recall that the specific character of the physical and geographical conditions and severe Siberian climate did not contribute to the rapid restoration of the disturbed ecosystem; instead, we should be really surprised and happy that the water quality in Tyia (and other northern rivers) has become stable.

But the joy proved to be short-lived. Scientists believe that the ecological crisis in the coastal zone of Lake Baikal is in full swing, including the northern coast of the lake. One of the reasons is the poorly treated wastewaters of Severobaikalsk. They contain persistent organic pollutants found in the vicinity of the estuary of Tyia. On top of that, there is another possible way for pollutants getting into the shallow waters of North Baikal: illegal discharge of industrial wastewater from the car washing and (or) locomotive depot of Severobaikalsk into the river.

During the past two years, alarming messages have been repeatedly published in the media  - mass emissions of rotting algae on the beach at the mouth of Tyia, near Severobaikalsk, were increasing, the majority of these algae being presented by spirogyra. The situation is exacerbated by the mass death of the Lubomirskia baicalensis sponge - a unique endemic and the main “purifier” of Baikal water, gastropods – one more endemic species that lives only in pure water, and northern sculpin - the main food of the Baikal omul and the Baikal ringed seal.