The Metallic Water of Eastern Baikal

Unexpected results of “Baikal Expedition -2017” were made public at its final press conference. About a dozen foreign substances were found in the delta of the Selenga River. The most part of them are metals...

A large event that lasted all day long was held in Irkutsk at the library named after Molchanov-Sibirsky on Monday, November 27. Environmentalists were allocated the main conference venues of the city’s central public library for these purposes. All the participants of the expedition conducted workshops, answered questions of journalists and active public, presented their projects, in particular, designer paper made of spirogyra was publicly presented for the first time.

However, the brightest speech was delivered by the Moscow scientist Mikhail Kolobov (Moscow State University) who announced the results of the analysis of water samples. In fact, it was a sensation:  the expedition created for monitoring of the development of the blue-green algae in the coastal area found another kind of pollution, not man-induced, but industrial. Elevated concentration of heavy metals have been found in Baikal water. But first things first.

Where spirogyra is heading

During the press conference one of the main coordinators of the project Marina Rikhvanova told that the event gathered not only environmentalists and scientists, but also indifferent Irkutsk residents, as well as the residents of many settlements on the coast of Lake Baikal. According to her, the main idea of ​​the “Baikal Expedition” was to take care of the Sacred Lake together. The participant of the project, the president of the Foundation “The Renaissance of the Siberian Land” Elena Tvorogova sadly noted that the situation was paradoxical: Baikal is a world heritage, everyone wants to preserve it and take care of it, but when it comes to specific problems and directions, you cannot just find the responsible persons.

“This is our mission” – Elena Tvorogova noted. “We find such gaps in the responsibilities distribution for the protection of Lake Baikal and mend them: we appeal to officials for assistance, create public projects”. 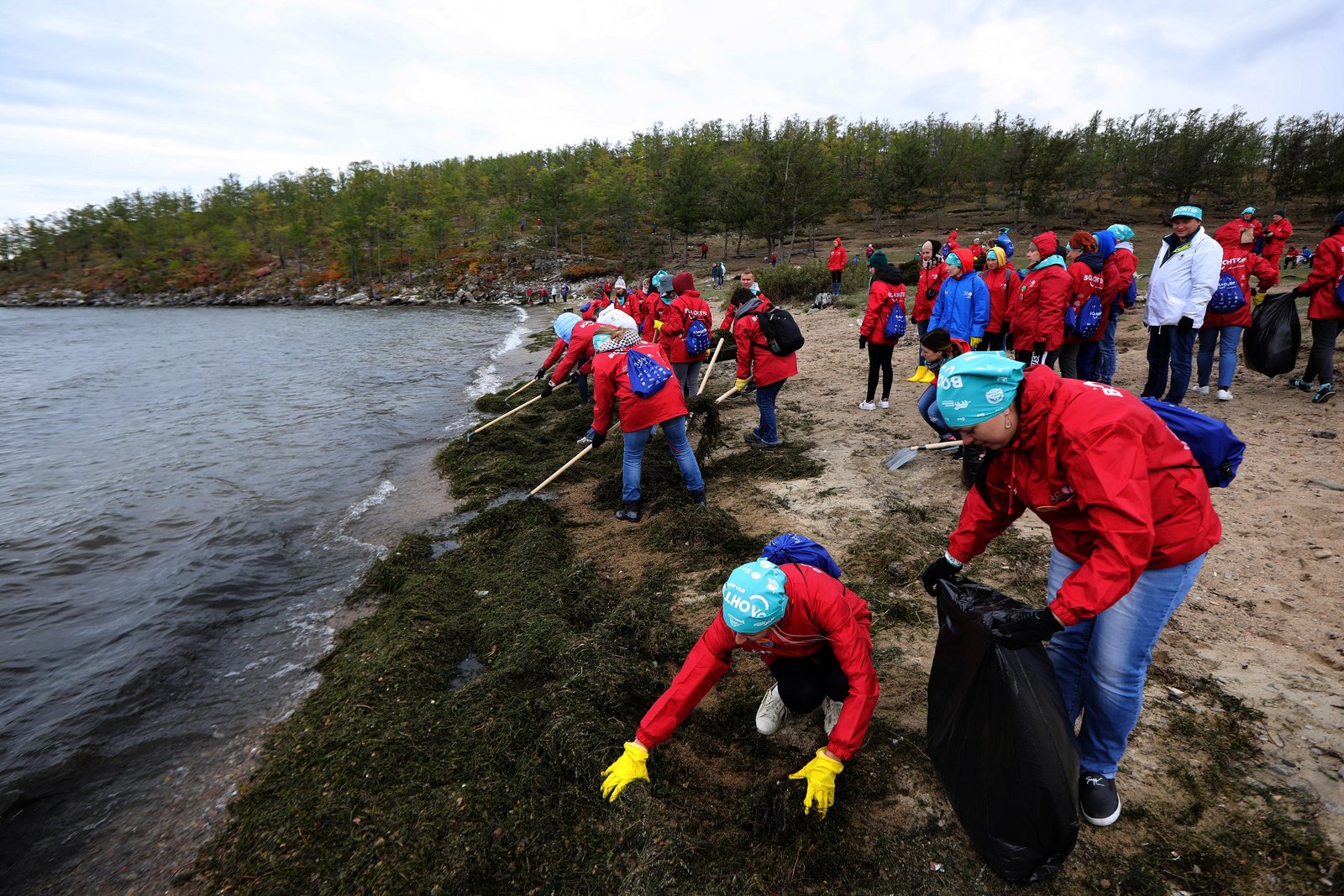 The “Baikal Expedition” public scientific project was created in 2012; the first expedition was held in November of the same year. Since then, the project has been held every year. It was created to “study the state of the Baikal ecosystem, conduct public environmental monitoring and change the way of life on the coast of Lake Baikal” - the press release said. But the main enemy and the main goal of the project has always been spirogyra, the blue-green alga, which is not a polluter of the lake in itself, but serves as an indicator of the mass discharges of phosphorus-containing fertilizers and synthetic detergents and feeds on them.

The situation was like this until last year. Last year Olesya Ilyina, the organizer of the “Shores, Coasts and Banks of Russia” project, said that they traveled along about 60% of the Baikal coast on catamarans, that is, along the entire western coast - from Irkutsk to Severobaikalsk, then descended through the Ushkany Islands to Turka. They have found what they were looking for: about ten points of mass growth of spirogyra in the open part of the lake, and all of them were connected with the places of anthropogenic impact, in other words, located near inhabited settlements.

“Listvyanka and Slyudyanka are more polluted than others. Popular tourist places, such as the Aya bay, where the sources of pollution are vessels, tourist ships, are also contaminated. Ships are constantly moored there - two or three large cruise ships, that is, up to fifty seats, and all the waste is dumped into the water. It is logical that we have discovered a thick layer of spirogyra along the entire stretch of shallow waters. The biggest pollution was found near the coast of Severobaikalsk.

- We should keep it in mind that spirogyra itself does not pollute the lake:  it’s just an indicator, the  reflection of the processes that are underway in the lake, - Mikhail Kolobov, a Senior Research Officer at the Hydrobiology Department of the Moscow State University, joins the conversation. This year he participated in the expedition for the first time.

- Other forms of algae may develop in places of discharge, for example, cladophora, green algae. The amount of spirogyra is the largest just because it responds quickly: algae have competition, too. Even spirogyra has many species.

In June and July scientists traveled along the eastern coast, closing the circle of the route of the last year’s expedition. The studies were conducted in Listvyanka, Tankhoi, Babushkin, Ust-Barguzin, Ushkanii Islands, Maloe More and on Olkhon.

- We have analyzed the hydrochemical situation, determined the level of contamination of water and soil with microplastics, collected samples for further genetic analysis: these have been sent to Moscow, to our colleagues from “Genetics” State Research Institute and to the Moscow Institute of Physics and Technology. The expedition also involved the staff of the Main Research Center for Drinking: they conducted a qualitative analysis of the samples. The observations of the shoreline were also conducted from a quadrocopter, in order to assess the situation at shallow depths.

How metals got into the Baikal water

According to Mikhail Kolobov, the water of Lake Baikal is heavily polluted by metals and organic matter in some places. This is particularly noticeable on the eastern coast of the lake.

Everyone talks about spirogyra, but our studies may reveal different sources of pollution. Their reasons are the main discharge of ore mining from Selenga where polymetallic ores are extracted. Toxic metals are washed off into Baikal from that place.

- What do “toxic metals” mean? 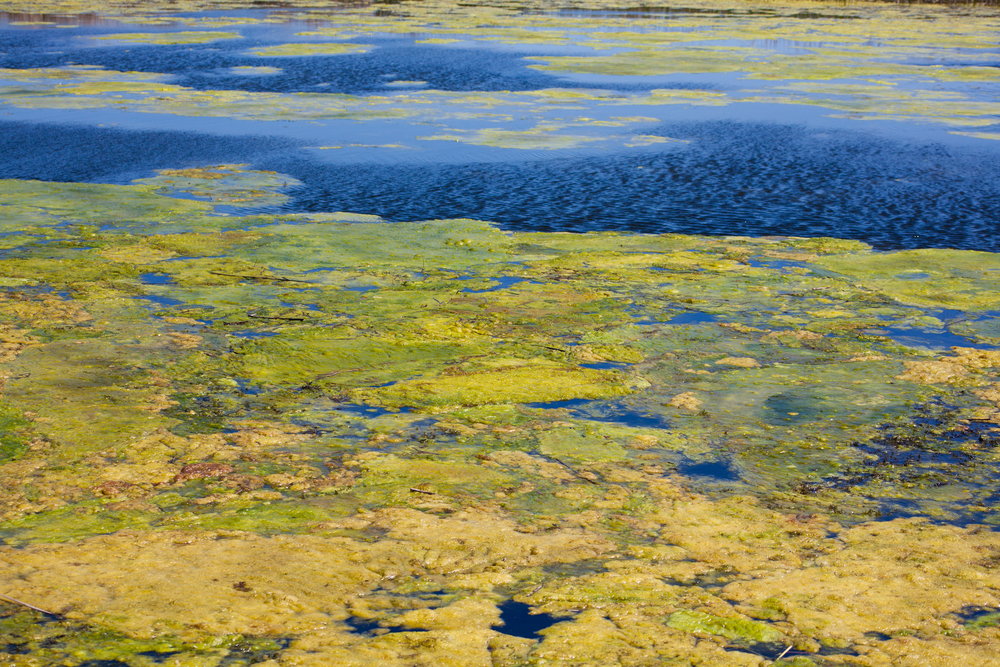 - These are toxic agents of the second hazard group: copper, zinc, lead. Silicate, cobalt and some radioactive elements are also present. Radioactivity was measured, the indicators are dozens times lower than the permitted dose, but the fact of their presence shows that they are being dug out somewhere. For example, during the course of gold mining the valuable metal is taken, and everything else is washed off into Selenga and then brought to Baikal by the river’s current. We managed to precisely track the “tail” of silicate (in other words, sand) and radioactive elements that got into Lake Baikal from Selenga: the “tail” stretches along the eastern coast, thus it enters Angara and Maloe More. Ust-Barguzin is characterized by the presence of potassium and ammonia. Potassium is the indicator of discharge from the woodworking industry. And ammonia is a sign of fresh processes of decay, decomposition of organic matter.

- So, nonetheless, is it possible to determine how much higher the content of metals in the water is, as compared to the maximum permissible concentration?

- There are several standards of MPC - for bathroom water, garden water, drinking water. MPC is the concentration level of a substance that does not have a toxic effect on the body for a long time. But there are MPCs for fishery water reservoirs, thus level of permissible concentration in it is set ten times lower than that for drinking water. It is calculated based on the effect of the substance on the weakest link of the ecosystem, phytoplankton. The level of copper which does not cause harm to humans, turns out to be fatal for epischura, the main food supply on Lake Baikal. It poisons the organisms whose respiratory pigment is based on copper, rather than iron (like that of hemoglobin in humans). Therefore, copper makes them die of suffocation.

According to the scientist, Lake Baikal still remains the purest lake in the world, but some processes have been recently observed in it all the more often; we have never seen these processes before, they depress the ecosystem. The activity of the “Baikal Expedition” is aimed directly at detecting these processes and attracting the attention of the society and government to them.