A Godforsaken Place: an Unexplainable Wreck at the Krasny Yar Cape

The waters of the only sea lake on the planet have always required respectful attitude. Baikal does not fit into the framework of being “good or bad”. It is just indifferent to human lives and can easily take them away as a sacrifice…We will tell you a story about this in our new horror article.

A witness of one of the last large-scale tragedies - the wreck and unexplainable disappearance of the ship “Akademik Shokolsky” with its crew - was the Krasny Yar Cape located on the western coast of the lake between the Peschanaya Bay and the village of Buguldeika.

The Last Voyage of the “Akademik Shokolsky” Ship and Its Crew

The “Akademik Shokolsky” motor ship had a decent experience of sailing in the Baikal waters. It had worked at the Irkutsk Department of Meteorology and Environmental Monitoring for many years and delivered cargoes to meteorological stations and transported the employees of the meteorological station. A crew of seven people (six men and one female cook) consisted of young, collaborative, friendly people, and had gone through winds, storms, and icing under the guidance of an experienced captain with 30 years of naval experience. The ship set on its last voyage on the route Irkutsk - Davsha on August 1, 1983, leaving the city at 6 a.m. and heading towards Listvyanka. The entire crew was there; however, one of the sailors was replaced by Valery Rudakov, a performer of the musical comedy theater on vacation who asked to take him with the crew. Well, here we cannot but recall a saying claiming that “one cannot change his destiny”. 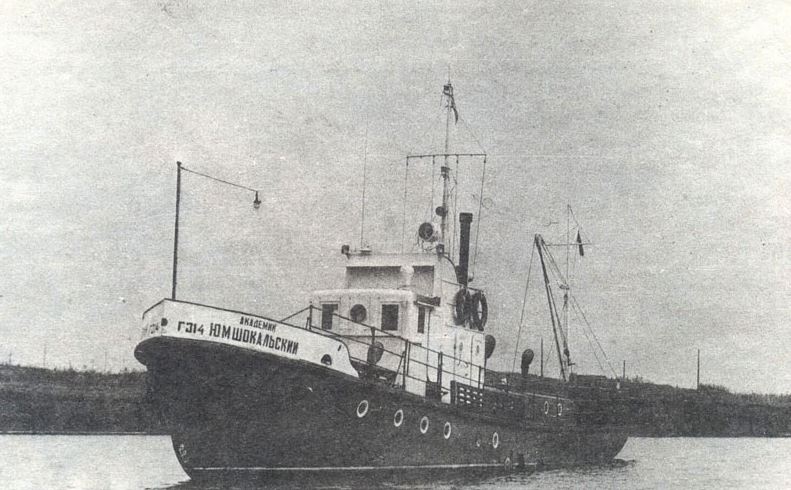 On August 2, at about 8:15 a.m., the ship departed from Peschanaya Bay and headed to Buguldeika. The weather was clearly getting worse. The sky was overcast with heavy black clouds, a strong wind began to raise waves; spray and water mist were falling on the ship.

The day of August 2 is not that simple itself. It is the Day of Elijah the Prophet; according to perception of Russians, he was a severe and formidable old man, an almighty master of rain, thunder, and lightning.

Near the Krasny Yar Cape, the northwest wind literally “popped out” of the mountain crevices, its speed grew up to 50 meters per second; the wind constantly changed its direction, its tornadoes created entire walls of water spray with the height of waves reaching three meters.

The details of the catastrophe are well known, because several people saw it from the coast. Nevertheless, they really could not do anything to help the dying crew.

While the ship moved in the direction of the wind it only rocked a little bit, but when it had to turn upwave, the waves began to harshly throw the ship from side to side, taking it to the wave crest and throwing it sharply down into the unruly waters. Water jets flooded both the deck and the wheelhouse glasses.

The captain tried hard to bring the ship to coast, where the wind was weaker. Continuous struggle with the waves played against the crew. The ship motions did not stop, and the coast was still unreachable. After the first sharp inclination of the ship to the left side, it managed to recover. The vessel was irresistibly carried away from the salvatory coast into the open Baikal. And then, a strong inclination, a turnover, and only the red bottom of the ship could be seen on the water. In 5 minutes, one person climbed on top of it, then two more people joined him. Probably, these were the crew members who were staying in the wheelhouse. The upturned vessel stayed afloat for about 20 - 25 minutes.

The witnesses described the terrible ending in almost the same words: “... there were constant vortices around the vessel, they often hid the vessel from our eyes”; “The ship was carried to the east, it disappeared among tornadoes and splashes”; “A tornado appeared, a wall of spray covered the ship and when the wall disappeared, the ship and people were gone”.

They say that when “Akademik Shokolsky” finally went under water, Baikal waves began to subside, as if satisfied with the sacrifice received by the lake.

A few days after the tragedy, search and rescue works were carried out in that area both from the sea and from the air, from a helicopter. Search teams carefully examined the water area, but found nothing! They did not record the exact place of the shipwreck, did not find any remnants of the ship or a single body of crew members.

Only two floating lifebuoys were found immediately after the accident. The urban legend says that the crew was incredibly cheerful, loved jokes and pranks. Before the last voyage, all the male members of the crew shaved their heads for some reason. Besides, they took a garden bench from a city park at night; then they transported it in their arms across Irkutsk, surprising the citizens on the night streets. Later that very bench was washed ashore...

The location of the vessel has remained unknown until today. 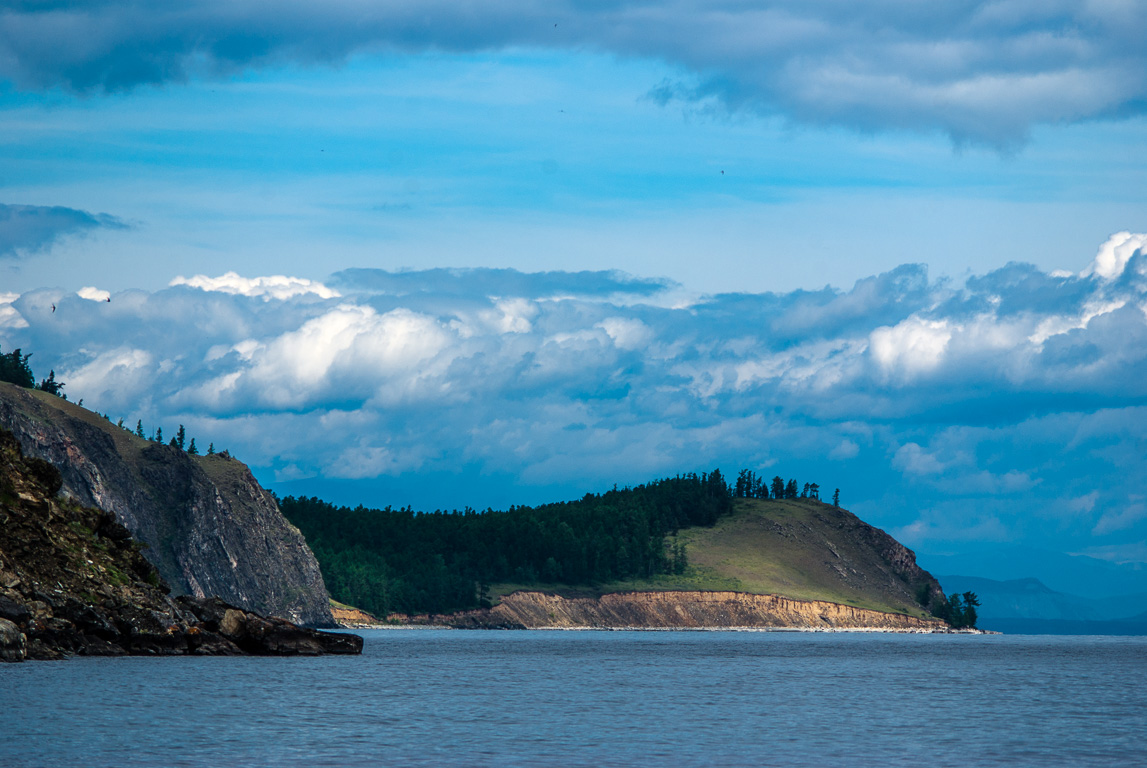 Travel agencies describe the benefits of recreation in the area of Krasny Yar with the use of superlatives. Of course! There is no automobile road leading to that place, which implies that there is a possibility of genuine close communion with nature. Besides, there is a shallow and warm bay where you can fish. The beach is covered with fine Baikal pebbles, the forest is rich in mushrooms and berries... But all these advantages can be truly appreciated on a calm sunny day.

It is difficult to predict the weather here. A thick fog can suddenly descend from the mountains: local compare it with jelly; and the winds blow from the mountain gorges, including the local “gornyak” (mountainous) wind that is especially severe. Some time ago timber was transported along Baikal by rafts. It has been noted that the rafts most often wrecked precisely at the Krasny Yar Cape.

The Attempts to Explain What Happened

A.D. Karnyshev, a well-known connoisseur of Lake Baikal, the author of the book titled “Mysterious, Diverse and Multilingual Baikal” expressed a hypothesis about the attitude of the Baikal element to taking victims. This is especially characteristic of the area near Buguldeika, where, according to one of the Canadian archaeologists conducting excavations at that site, they found the evidence confirming that an apocalypse that destroyed all local residents occurred on the territory of Baikal 5000 years ago.

However, if we disregard the mystical version and take factual data into account, including documentary sources, the situation is not becoming clearer.

The weather in the area of Krasny Yar began to deteriorate already on August 1, but for some reason no meteorological message was delivered. Investigative actions have also failed to explain anything. The decree on the termination of the criminal case on the death of the crew of the ship says: “the ship “Akademik Shokolsky”... going near Krasny Yar on the western coast of Lake Baikal entered the zone of activity of an unpredictable, extremely rare local dangerous phenomenon with the formation of tornadoes and a wind speed significantly exceeding the limits of this ship when moving downwind ... as a result, ship turned over and sank”.