We will tell you why colored ribbons are still tied to Baikal trees and why this tradition is still honored today...

People knew that the forest was precious, probably, even earlier than they learned to know about the fire. Initially it was the taiga that provided people with food, materials for building houses, hides, medicines... However, at the same time, the taiga frightened people with its enormous size, power, mysterious sounds and shadows. People could anger the Master of the forest and the spirits of the trees at any moment, therefore one had to do no harm to them; on the contrary, people had to respect and honor them, expecting deserved support and patronage in exchange.

A Tree Will Tell the Correct Answer: the Superstitions of the Peoples of the Baikal Region 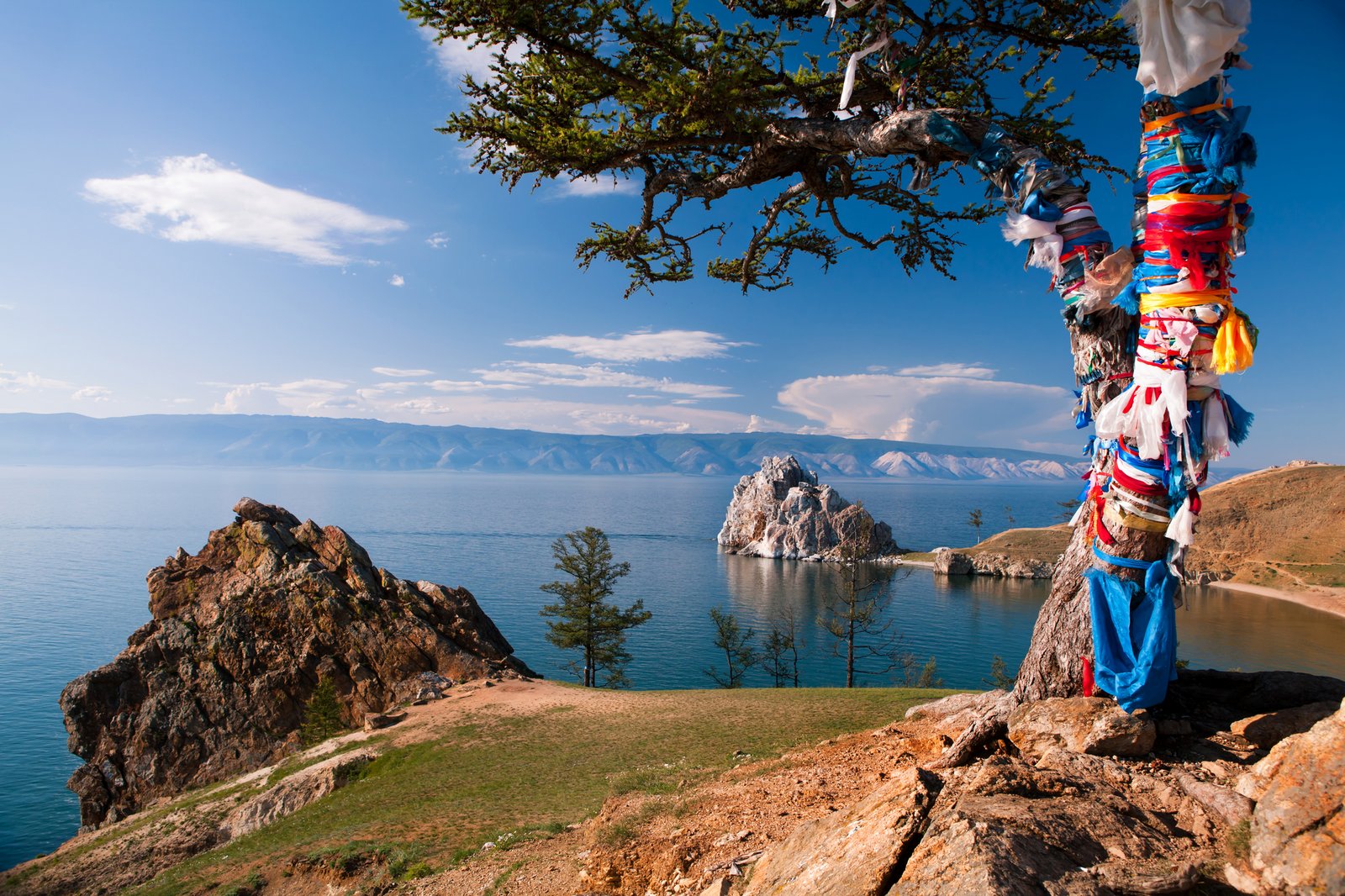 The cult of natural objects was a usual part of the worldview of indigenous peoples of Baikal, including Buryats and Tunguses (Evenki). This worship entailed a large number of rites, superstitions, signs.

The most revered natural object was an old tree with a strong and thick trunk, Mother-tree. A direct connection was established between the tree and mother earth, the roots of the trees were being the connecting links. It was believed that during a rite a person was able to unite with the spirit of the tree, feeding on the spirit’s energy. However, spirits of trees did not help just anyone: they chose only those who firmly believed in them and, therefore, never did any harm to nature. There was a custom of apology made before a person picked something from the forest. For example, a cone was left in the place of a felled tree with the following words: “In order to preserve your trace, buds will grow here. To prevent you from disappearing, a mighty tree will grow here”.

- a human life and the life of a tree were considered equal. If many trees were felled in a bad weather, it meant that a large number of people should die in the near future. A version of this belief was that a storm that broke many trees in the forest was forecasting war;

- if a person cut down a “Master” tree (a tree that was inhabited by some spirit), an inviolable tree, then this person would either get sick or die;

- cutting down a tree for no reason meant to shorten the life not only of the person who cut it, but also of his descendants. There is information that Buryats did even not collect firewood for the winter on purpose, but used deadwood or brush wood for heating their dwellings;

- when a person saw a dream associated with a fallen larch, someone of his relatives would die, and if the tree looked small, then it was the child who was unlucky;

- a childless woman who wanted to have a child, had to ask the Mother tree about this, smear its trunk with butter, give it milk and tarasun (milk vodka), touching the trunk with her hands and forehead;

- touching a tree could help to gain health. Sleeping under a tree could fully restore power and cure a person;

- during a woman’s labors she had to hold on to the supporting wooden pole of the yurt which was supposed to give her strength;

- the wrong tree for building a house can make everyone living therein unhappy;

- when a hunter wanted to bed down under a tree, he had to ask the tree’s permission, otherwise he would catch no prey.

Why Are the Trees Decorated with Pieces of Cloth?

The ceremony of worshipping the “Master of the Forest” has included the rite of coaxing large trees with pieces of cloth since ancient times; and it was strictly prohibited to break the branches of these trees. White and red shreds of silk and brocade symbolizing the sun and moon were used to decorate such trees. Moreover, the taboo was imposed on the cries, laughter, and any loud sounds that could disturb, and thus annoy the owners of the forest. 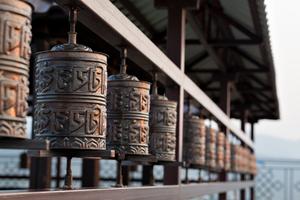 Trees, for example, birches or pines, were often used as ritual hitching poles (“serge”) during the rites.

During the act of worshiping the spirits of the locality, people tied colored ribbons on the branches of such “serge” trees, moreover, the number of ribbons was equal to that of family members. It was strictly forbidden to tie someone else’s shreds on a sacred ritual tree.

When decorating trees with such ribbons, people tried to honor the local spirits and show respect to them, pleading them to guarantee well-being, health, good luck for their nearest and dearest, descendants and all the inhabitants of the area.

This custom has been preserved until now.

Such a tree with the ribbons tied on it automatically became inviolable: terrible stories about the fate of those who violated this rule were passed from generation to generation: “Once a person cut a tree, and when he got up in the morning, a half of his body was completely paralyzed. And then he tried to tie the tree back to its place with electrical tape. The tree stood like this for a while, then it fell down. And the man completely disappeared. Once he cut the tree, he disappeared forever”.

Buryat don’t think that all trees have good will; therefore, the attitude towards them is different.

Birch White color has long been considered sacred by Buryats, and therefore the white-trunked birch personifying purity has become a “serge” tree and is revered by Eastern Buryats as a totemic generic tree. The proof of this is the adage told by Khori Buryats: “Our original mother is the sacred bird swan, and our hitching pole is the white-trunked birch.”

When an initiation ceremony is conducted, the shaman needs to climb to the top of a white birch, which means reaching the sky. Accordingly, the birch is considered a tree of “heavenly origin”.

Larch According to the beliefs of many Buryats, the larch is a symbol of life: it is directly connected with human life. People appealed to the tree, praying to give them children, longevity, health. For this purpose they found a strong thick larch, tied a ribbon on its trunk, lit an oil lamp and went round the tree several times, asking to give them what they wanted.

Bird cherry tree provokes wariness; so Buryays never planted the tree next to the house, since they believed that this tree could threaten with extinction of the human race.

Aspen The tree bark has a grayish tint, x therefore it was considered “unclean”. In fear of becoming “unholy”, shamans never made a fire on aspen wood.