Museums Dedicated to Summer: Where to Make a Stop on You Way to Lake Baikal

Summer is the time for travels. This time of year is perfect for visiting open-air museums, parks and gardens. This article of the “Key to Baikal” website has collected a selection of such places in Irkutsk Oblast and the Republic of Buryatia that should be visited before going to Baikal.

If you choose Irkutsk as a starting point on your way, it is reasonable to stay in the city for a few days for several reasons:

Firstly, the centre of this city is incredibly unique and preserved the features of pre-revolutionary Russian cities in many respects. There is a separate article about its wooden architecture. 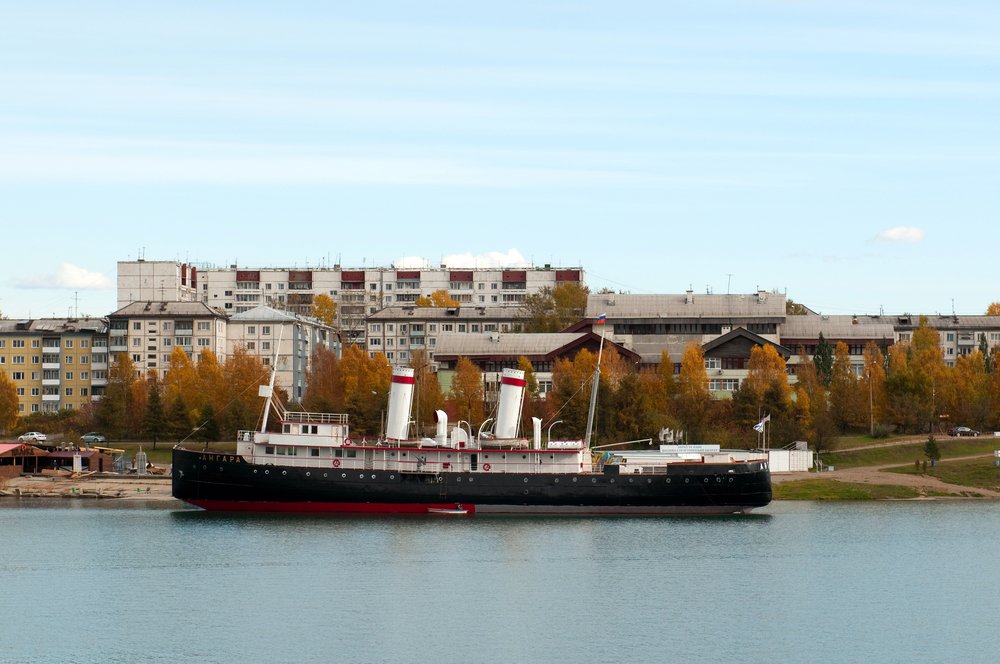 Secondly, the city has many museums that must be visited in summer. Besides, Irkutsk has its own “Aurora” - the “Angara” icebreaker, but first things first.

The first line in this list is the “Irkutsk Botanical Garden” being a part of the “Kaiskaya” relict grove, a specially protected natural area. In addition to the typical and rare plants of the Baikal region, the garden with the area of 27 hectares can boast of greenhouses with plants from around the world. The works are conducted here so that to adapt heat-loving plants to the severe Siberian climate; and some of the results can be seen with your own eyes.

The museums estates of the city of Irkutsk are also worth visiting: as you walk along them, you get transferred to the atmosphere of the past. The estates of the two Decembrist princes S.P. Trubetskoy and S.G. Volkonsky stand out among others as full of aristocracy and splendor. In addition to residential buildings, there are other interesting buildings, as well as gardens and a summer ground where the events dedicated to the Decembrists’ epoch are held during the warm season.

One of the landmarks of Irkutsk - the “Lace House” of the merchant Shastin – is located next to the estates of the aristocrats. In addition to the house itself, the architectural ensemble of the estate includes a former barn, the Museum of Urban Life, the Tea Museum, the office of Information and Tourist Service of the city and an alley.

The museum estate of V.P. Sukachev is located on the borderline of the historical part of the city. Vladimir Platonovich Sukachev was a Mayor and a famous connoisseur of arts. In addition to the first fine art gallery of the city, he was famous for his wooden manor house with a large garden and a park area. The estate and the park have been preserved almost intact since the beginning of the 20th century.

The floating museum – the “Angara” icebreaker. There were times when this vessel broke the ice of the lake in order to give way to other ships, carried cargoes and passengers, and even participated in the battles of the Civil War, there is a separate article on this vessel on our website. The icebreaker is located not far from the Irkutsk dam - a majestic construction which greatly raised the level of Lake Baikal and was close to causing an ecological disaster.

Having visited these places of Irkutsk, you can proceed further. On your way to Lake Baikal you will meet one of the most popular museums of the region which is seldom omitted by tourists – we speak of the architectural and ethnographic museum of Taltsy. It is located on the picturesque bank of the Angara River, very close to the lake. It has Buryat, Evenki and Russian Old Timers’ complexes. In addition to them, there is a Tofalar camp - a sample of the settlement of one of the indigenous small-numbered peoples of Siberia. Taltsy also offers a view at Ilimsky Ostrog - a wooden fortress-prison built by the conquerors of Siberia. The most part of the cities to the East of the Urals grew out of these fortresses. In addition to the Ostrog, there is a cascade of water mills, a blacksmith’s square, a wooden hut of volost government and many houses that reveal the everyday life of the first settlers, their descendants and the indigenous inhabitants of the region.

The main museum dedicated to the sacred lake is the Baikal Museum located in the settlement of Listvyanka. It is a scientific museum belonging to the Russian Academy of Sciences. Here you can learn things about the history of the development of life on the Earth, the fauna and flora of Baikal and specially protected natural areas. Besides, there you can make a virtual dive into the lake, look at the inhabitants of the lake’s depths in an on-line mode and look at the living inhabitants of the lake in the aquarium complex.

The Museum also includes an arboretum with the samples of flora from different parts of the Baikal region and Siberia. You can learn almost everything about the lake, its flora and fauna in the Baikal Museum.

The Republic of Buryatia

If you are going to Lake Baikal through Ulan-Ude, you can stay here a little longer, too, in order to look at the biggest sculpture of Lenin’s head in front of the building of the republican government and the entire historical centre of the city including the local “Arbat” (pedestrian street), ancient houses, theatres and museums. Ivolginsky datsan (temple) - the main centre of Buddhism in Russia – is situated not far from the city.

A variety of peoples lived on the shores of Baikal. Just like nowadays, the lake was a sacred place where people gathered for spiritual transformation, communication with spirits and gods. Nomadic peoples have changed each other for many centuries in the steppes to the East of the lake.

You can view the burial mounds of the people of Xiongnu - the ancestors of Huns - they can be found in the Ethnographic Museum of Transbaikal Peoples. The museum is located in the capital of Buryatia - Ulan-Ude. The Museum also features the traditional dwellings of Buryats, Evenks, Russian Old Timers, Cossacks, Old Believers, a Buddhist temple and an Old Believers’ church in the open air. Siberia has long been a place of exile and hard labor, this sad page of history is reflected in the Transbaikal Complex of the Museum, including a stage barn for overnight stops of the exiled and an exposition. Despite the ethnographic nature of the museum, it also includes a small zoo.