Very few people have known about this village until recently. It is located away from the main highways, in the wild taiga. The distance from the regional center - Irkutsk - to Khor-Tagna makes up about 300 kilometers, the distance from the district center - the village of Zalari  is about 80 kilometers. Public transport runs to that place so rarely that it is easier to rent a car.

However, this farness from civilization made it possible to preserve many items of culture of local peoples and nature in an almost virgin state. The residents of Khor-Tagna still perceive tourists as something unusual, as visitors to the village - not a source of income, but dear guests, meeting them in accordance with the true traditions of Siberian hospitality.

The Mystery of the Name 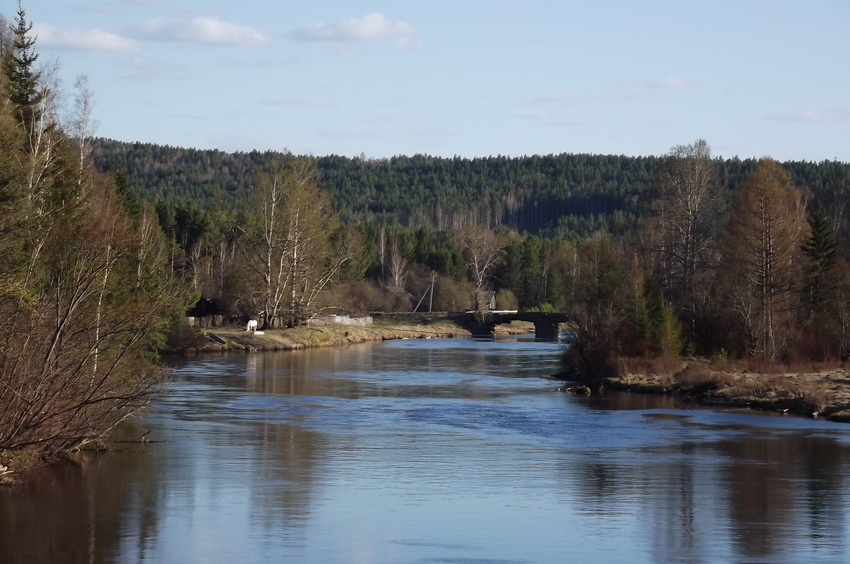 The village of Khor-Tagna is located at the confluence of the Rivers of Khor-Tagna and Tagna. The first part of the name of the village and the river is associated with the Buryat word meaning “two” (“khoor” is a local dialect version, in standard Buryat language it sounds like “khoer”). So, Khor-Tagna can be translated as “the second Tagna”. There is also a version that the word “khor” is connected with another Buryat word, “khara”, meaning “black”.

The origin of the second part of the name, Tagna, is also disputable. There is a version that this hydronym was derived from the name of the Tagnit clan of Buryats that migrated to these places from the Tunkinskaya valley (that is now located in Tunkinsky district of the Republic of Buryatia).

According to another version, the name Tagna is a Buryat distortion of the Tuvan word “tandy” - “a high mountain”, “alpine taiga”.

The third version states that this words has a Turkic origin: “tag/dag” meaning “a mountain”  + the suffix “-na” that can mean “mountainous” (“mountain river”). The sources of the rivers with the name Tagna are indeed located in the mountains.

Any of these versions can be true, but in any case, this village is considered the most beautiful not because of its name.

Old Believers, Traditions and the Caucasus

The village was founded at the end of the 19th century, but people had lived in these places since times immemorial, as many Buryat toponyms indicate.

Since the very beginning of its existence, the village has been a place where migrants lived. Moreover, these included migrants from various parts of the Russian Empire.

One of the largest streets of Khor-Tagna is called Kavkazskaya (“Caucasian”). Some local historians believe that the name of this street was due to the Don Cossack Antipin who was exiled here. In memory of his native place, he gave the name of the Caucasus to the place where he settled. Only it is strange that the Don Cossack considered that Caucasus was his native land, not the Don.

Old Believers also settled here - they valued solitude and remoteness from civilization. This is true, Khor-Tagna is a place to reflect upon yourself, to rethink your life. It seems you can reach the clear sky; the taiga landscapes around the village are picturesque, like paintings by the famous Russian artist Shishkin.

The streets of the village radiate the life of past epochs: there are wells, durable Siberian wooden houses, women with buckets on balance-beams. It’s as if you got into museum with living exhibits. However, there is also a classic museum of local history in the village, so you can visit it.

Local attractions include the new suspension bridge over the Tagna River, the old wooden bridge that is not used currently, as well as an unusual spring welling up directly from the river. Once upon a time, local craftsmen inserted a metal pipe into the place from where the water was rushing under pressure, and now it is a “spring fountain” coming out from the river, like from an oil well.

The Dutchmen of Taiga 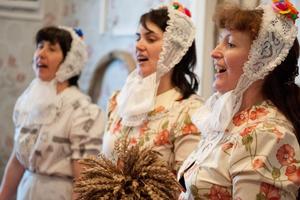 The Baikal Dutch: Who Are They?

A small people with a unique history called “Goldendry” (“Hollanders”), immigrants from the territory of modern Ukraine and Belarus, settled in the environs of Khor-Tagna at the beginning of the 20th century.

“Goldendry” (“Hollanders”) are considered to be descendants of Germans and Dutch who moved to the Polish-Lithuanian Commonwealth in ancient times and adopted many cultural items of the Poles. Later they lived at the intersection of Polish, Ukrainian and Belarusian cultures, therefore, they took many things from each of them.

At the beginning of the 20th century, Hollanders followed other immigrants within the frame of the Stolypin reform and settled in this picturesque wild place. Just like local Russians, Hollanders retained their specific identity, as well as cultural items: rituals, songs, dances. A German ethnographer who lived among Hollanders described this people in the following way: “Their surnames are German, they speak Ukrainian-Belarusian dialect, honor traditions similar to Dutch ones and pray in Polish”.

Tourist infrastructure is being currently created in Khor-Tagna; however, this wonderful ageless place is worth visiting already now. It is best to go there for several days, in order to have enough time to visit all the interesting places, go fishing, visit the real Sayan taiga and “rethink your life”. 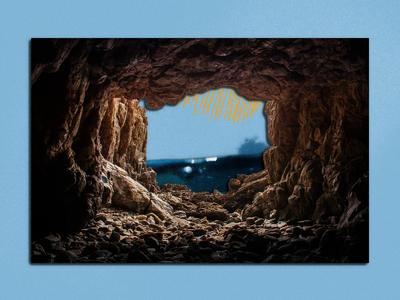