Malta - the Home of the Baikal Mammoths

We are still telling you new things about the unusual Baikal villages. Tourists come here rarely, but Baikal and its nature are beautiful and amazing in these places. Malta became the new topic of our section, but this Malta is situated not in the Mediterranean, but close to Baikal. 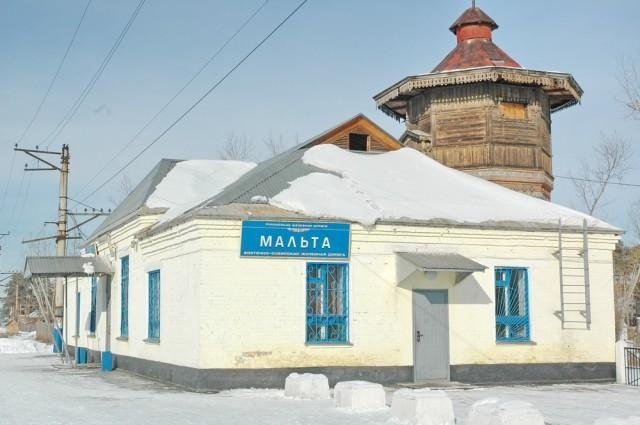 Malta (the second syllable is stressed), of course, has nothing in common with the island state in the Mediterranean. As it is often the case in Eastern Siberia, the name of the village goes back to the indigenous population - the Buryats. The word “Moyelta” in Buryat Language means “bird-cherry place”. Malta is located on the Belaya River that flows into the Angara River near the village.

Malta was first mentioned in 1683, when it was listed as the patrimony of the Ascension Monastery in Irkutsk. There were only 14 peasant households in the village back then. The settlement has rapidly grown since then, because it was located on the Moscow highway: a church was built in the village, taverns and living courtyards for travelers were also constructed. Locals believe that Anton Pavlovich Chekhov himself once stayed in one of the hotels in Malta during his voyage to Sakhalin.

During the Soviet period the church was closed, but a health resort that became famous throughout Siberia was opened. In addition, in Soviet times they began to produce mineral water enriched with selenium here: you can buy this water even now in many stores.

Ironically, the Siberian Malta, like its Mediterranean counterpart, is famous for its antiquities.

In late 1920s, local peasants were digging the underground and found unusual bones. Perhaps ancient bones and objects were found even earlier, but the two neighbors - Savelyev and Brilin - were responsible and reported about their finding. After some time, M.M. Gerasimov, a researcher at the Irkutsk Museum of Regional History, arrived in Malta. By the way, later this scientist invented a way to restore the appearance of a person on the basis of skeletal remains.

It turned out that the uncompleted underground of Savelyev’s house was part of a Late Paleolithic settlement (ancient stone age) that had existed here 24-26 thousand years ago. The main part of the site of the ancient man was located at some distance, on the left bank of the Belaya River.

By the way, already in 1936, A.P. Okladnikov (another renowned scholar) opened the second site of the ancient man of the same age on the right bank of the Angara River, several kilometers away from Malta, near the village of Nizhnyaya Buret.

During the Late Paleolithic period, the lands around Baikal were mainly presented by steppes: such animals as mammoths, woolly rhinos, reindeer and wild horses roamed around these territories. The king of animals - the cave lion – also lived there, its size was much larger than that of its modern African counterpart. The bones of these and many other animals were found near the site of the ancient man, alongside with the traces of dwellings of ancient people and their household items.

Dwellings and Treasures of Ancient People 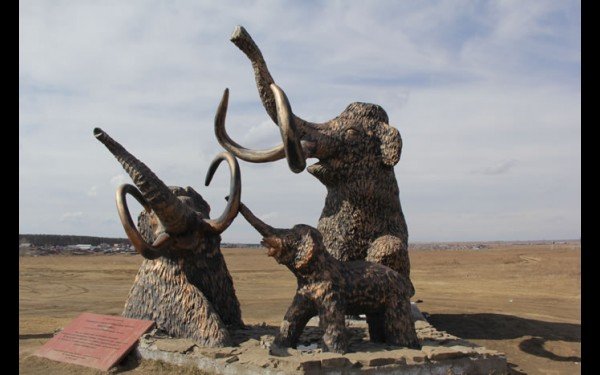 The people who lived in ancient Malta, led a semi-nomadic way of life and built the dwellings that were temporary, but rather well-founded. They made a middle-sized pit of rounded or rectangular shape in the ground. The edges of the pit were strengthened by the bones and tusks of the mammoth, together with limestone plates, serving as supports for the structure dug into the ground. A narrow corridor was connecting the pit to the river. The construction was knit together with reindeer horns from above and covered with hides. There was a hearth amid all dwellings: it was used to cook food and simply get warm.

According to the scientists, the structure of dwellings of the ancient residents of Malta was similar to the way the Eskimos built houses in the 17th-19th centuries. Moreover, according to the genetics data, the Malta-Buret culture could be a predecessor of the culture of American Indians. However, judging by the autosomal data, the inhabitants of Malta were quite different from the modern Indians and from the modern population of the Baikal region - they had dark skin.

Ancient inhabitants of Malta were hunters and fishermen. Collecting was also an important part of their lives. Hunting animals brought them meat and furs, and the bones were used in the construction of dwellings. The seeds of wild plants were turned into flour with the use of a stone pestle. Bones, horns and stones were used by the inhabitants of the site to create trade tools, as well as artistic decorations.

Archaeological excavations have brought up many interesting discoveries, confirming that the lands surrounding Baikal had its own artistic culture, not inferior to the similar European culture. About 40 figurines made of stone and bones were found on the sites in Malta and Buret: the most part of figures depict women, because of this they are often called “Malta Venuses”. Some of the figurines depict people dressed in clothes resembling fur overalls with wool outwards, with a fold-over hood. Apparently, people wore this kind of figurines as decorative pendants, because many of them have small holes. All of these figurines are now kept in the Hermitage.

The ancient craftsmen made magnificent pendants of mammoth tusk, beads of fish vertebrae, engraved mammoth images on bone plates, as well as produced ornaments of jade and calcite.

Modern population of Malta makes up more than three thousand people, and it is actually united with another large settlement - Belorechensk. It is impossible to skip the turn to Malta - a sculpture of mammoths will show you the way. Mammoths have become such an important part of this village that even its coat of arms and flag contain a tusk of this extinct animal.