How to Plan a Travel to Lake Baikal

This article is meant for those who are going to visit Baikal lands with a tent as so-called “unorganized tourists” who prefer “more democratic recreation options” and for those who want to go to the lake on their own.
Первый Байкальский

When going to Baikal, be sure to read this article and check with each of its seven points. If you are confident in at least five of them, then you can fearlessly go on an independent trip to the lake.

How to travel to Lake Baikal

The first and the most basic tip: determine the reason why you are going to Baikal and what is the meaning of this trip. In this case, you should take into account the following things:

Having rest on Lake Baikal, even with a tent, is quite expensive, especially if the supposed travelers live in another region of the country. This amount of money can be easily spent on a flight to warm countries with all-inclusive hotels enjoyed by Russian tourists. And if at this initial stage, even at a first glance, you expect something like that on the coast of the lake, immediately refuse from going there: heartbreaking disappointment is inevitable;

The purpose of the trip to Lake Baikal

It can be cognitive (historical, ethnographic, cultural), or spiritual (to be “purified” in mystical shamanic places), or tourist (mountaineering, speleology, diving...) or combined (a bit of everything), or simply “recreation” - to withdraw from people, to spend time alone with only the unique natural miracle by your side, to get suntan, to improve endurance, to swim in cool water. The place of stay depends on this, the right place will allow you to fully achieve the intended result. Or maybe you just want to prove yourself and go on an independent trip for the first time.

The starting point of your expedition 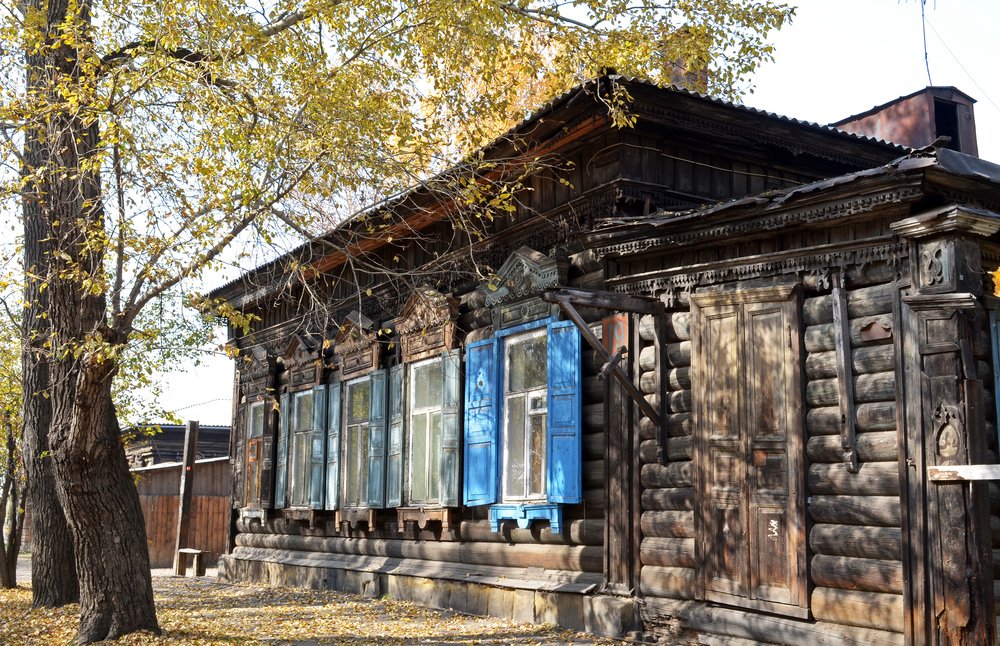 The basic options are going through Irkutsk, Ulan-Ude, Severobaikalsk. The road from Irkutsk leads to the picturesque places of southern Baikal (Listvyanka, Slyudyanka, the Circum-Baikal Railway, Bolshoye Goloustnoye), as well as Maloe More and the Island of Olkhon. You can reach the northern and eastern coasts, for example, go to the Chivyrkuisky Bay. Ulan-Ude will give you an opportunity to relax on the eastern shore of the lake, in Maksimikha, Enkhaluk, Turka, Sukhaya, Barguzinskaya Valley. Many people recommend the “Buryat” side of Baikal because of its cleanliness, a softer warm climate and the opportunity to find quite thinly populated places. The road from Severobaikalsk leads to the northern coast, to the unique Baikal hot springs - Khakusy and Kotelnikovsky.

You can go by car, by bike, by foot, by water transport. This depends on the choice of the camping site (the fewer public access ways, the less people stay in that place), on the number of things you take to the trip (you carry them on your own or load them to the vehicle), on the concerns about the amount of petrol of your car (if there is no car, there are no problems with petrol), as well as on mobility (there is no question where to leave the car if you want to move to a new place). Many prefer to go on their independent trip to Lake Baikal by car, but a bit later we will explain why this option is not always the right one.

What is the best time to go to Lake Baikal?

Baikal is beautiful at any season of the year, but the most favorable season is summer. June is one of the “calmest” months, both in terms of the number of tourists and the absence of strong winds. But it is still pretty cool at night. July and August are the “hottest” season, both in the terms of of vacationers and air temperature. Water can warm up to +15 degrees Celsius. But you should keep it in mind that due to the microclimate, it is impossible to predict the weather on Lake Baikal; it is different in different parts of the coast, for example, August is cold in the areas of Baikalsk and Ulan-Ude where the air temperature drops to + 10 degrees Celsius at night after August 3.

The second tip: prepare for difficulties

They cannot be avoided during any independent trip. Cool temperature at night, if you stay in a tent; presence of ticks; disruption of telephone communications; the difficulty of replenishing the food stock; the problem of the safety of equipment and belongings during long-term withdrawal from the camping site; insufficient number of vacant places on the coast for tent installation, etc. - all these difficulties are characteristic of Lake Baikal, since the region is semi-wild and tourists come here for exactly this kind of rest, in addition to other things.

The second tip follows from everything said above. If you decide to go, accept all the realities and specialties of Baikal tourism, treat them in a positive way and then you will be able to enjoy your rest. Just think about the fact that Baikal will help you to find your peace of mind, balance and harmony better than any psychotherapist.

The third tip: elaborate the itinerary 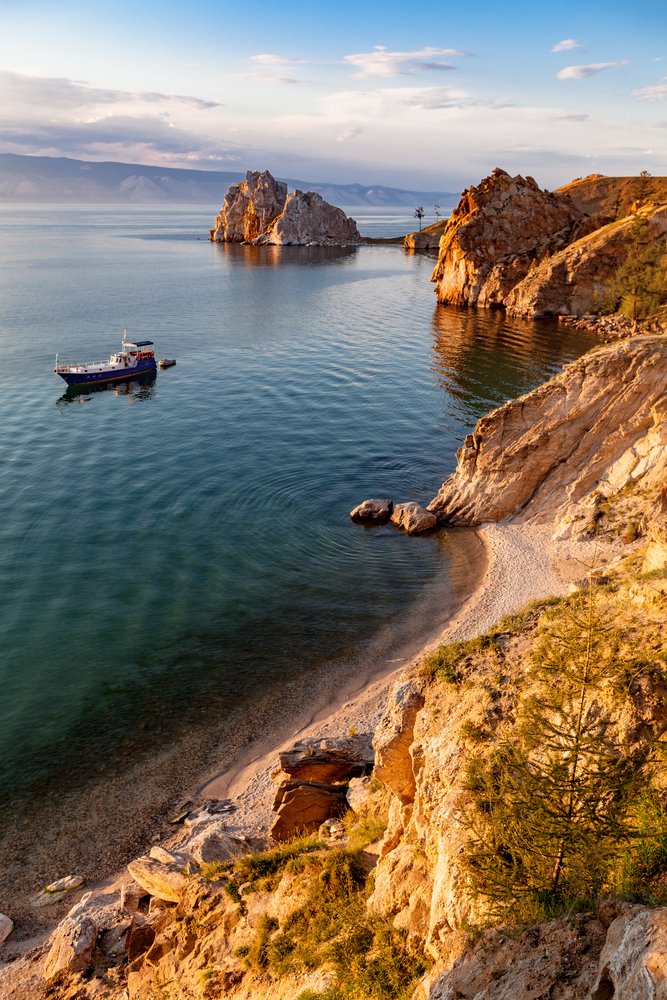 Perhaps, this is the most important stage of any independent trip. Being at home, choose and accurately elaborate the itinerary of the travel, learning every possible thing about it. It is desirable to avoid protected areas, since this is associated with additional problems, but it is almost impossible at Baikal. 3 reserves are located there: Barguzinsky, Baikal-Lena, Baikalsky (it has no direct access to the lake), 2 national parks: Pribaikalsky, Zabaikalsky and 6 game reserves: Frolikhinsky, Kabansky, Pribaikalsky, Stepnodvoretsky, Verkhneangarsky, Enkhaluksky. Find their web sites on the Internet, look at their borders, learn about the visiting procedure. Since 2013 the visits to such places have become paid!

The fourth tip: what to take to Baikal

Do not forget things that are urgently needed at Baikal. The list of equipment can be easily found in any tourist reference book, and the “Key to Baikal” web site also wrote about this. The area around Lake Baikal has an extremely continental climate, you should take light and warm clothes, preferably with a thermo-insulator, Holofiber, etc. Shoes: high quality sneakers, army boots, but not vans. In addition: a sleeping bag with natural filler, the strongest sunburn cream, aninsect repellent, a gas burner and spare gas cylinders, several candles, waterproof hydro-packs, a stock of batteries and an additional memory card for the photo camera.

The fifth tip: take care about your security

Think in advance about the way to protect yourself and your relatives from unexpected health problems during an independent trip to Lake Baikal. First, reasonably calculate your stamina. You should not go to Baikal with a tent if there are chronic diseases that can become sharply aggravated by acclimatization, changes in time zones and habitual conditions of life. Secondly, receive a special insurance for travelers from a reliable insurance company before leaving. Of course, according to the logic, a mandatory medical insurance policy may be enough, but, for example, helicopter evacuation expenses are not included into it. Please, note that there is a “basic” insurance, but it can be “enhanced” with additional options, for example, insurance for active recreation and sports, from an accident, from a tick bite. Thirdly, if you believe that a mandatory medical insurance policy will be enough, all the same, think about insurance against tick-borne encephalitis and Lyme disease in advance.

The greatest activity of ticks in the Baikal region is observed in May-June. But who knows, whether a surviving July tick bites you or not? In order protect yourself from encephalitis, you must adhere to the elementary rule, making new habit of regularly examining yourself. And do not forget to put a small bottle with sunflower oil into your medicine box; the oil will be needed to smear the place of tick bite before “unscrewing” the tick from your body. And, even if you were given a special vaccine against the tick bite, the insurance will not be excessive, since it is anyway desirable to bring the tick to the laboratory for analysis, and the tick’s victim should receive a certain medical treatment.

Fourth, you should not immediately carelessly eat plenty of dishes of local cuisine. Unusually clean water and fat food with active use of lamb fat often lead not just to bowel disorders, but also to serious problems with the stomach and liver.

The sixth tip: how to choose a camping site

Going in search of silence and rest, you will hardly want to get into the circle of cars, people, dogs, loud music and loud cries at night. If you have permission to visit protected areas or your route has missed them, you can stop in any place you like at Baikal. But this is not always easy, especially if there is at least any road passable for cars. Fortunately, almost a quarter of the coast is inaccessible to motor transport. The tourists traveling on foot or by bicycle have the most favorable conditions. Those traveling by water also have a huge advantage. Hire a local resident with a motor boat in the starting point of the route chosen by you, then ride along the coast. When you see a free suitable place – moor to it. Just do not forget to agree upon the time when you need to be taken back from the camping site, so make all calculations before you leave!

It’s even easier to get on the train, arrive at the station nearest to Baikal, and go ahead. We advise you to take the train to Slyudyanka, then take an extremely interesting form of transport – “matanya” (a minimalist passenger train moving at a speed of about 20 km per hour) connecting Slyudyanka and the port of Baikal. This trip goes along the Circum-Baikal Railway (84 km) and passes along the coast of the lake. The stops are quite regular, you can go away at any station you like. Just remember that “matanya” does not run every day.