The Winds of Lake Baikal

Baikal has not only the so-called transit winds (connected with the general circulation of the atmosphere), but also local ones. They are called by the name of the valleys from where they blow. Authentic names are explained both by typical features of the winds (for example, the” Verkhovik” wind emerges in the valley of the upper reaches of the Angara (“Verkhovya” = upper reaches in Russian) and etymological relations to local dialects (for example, Sarma is derived from the Buryat word meaning “a roll”). 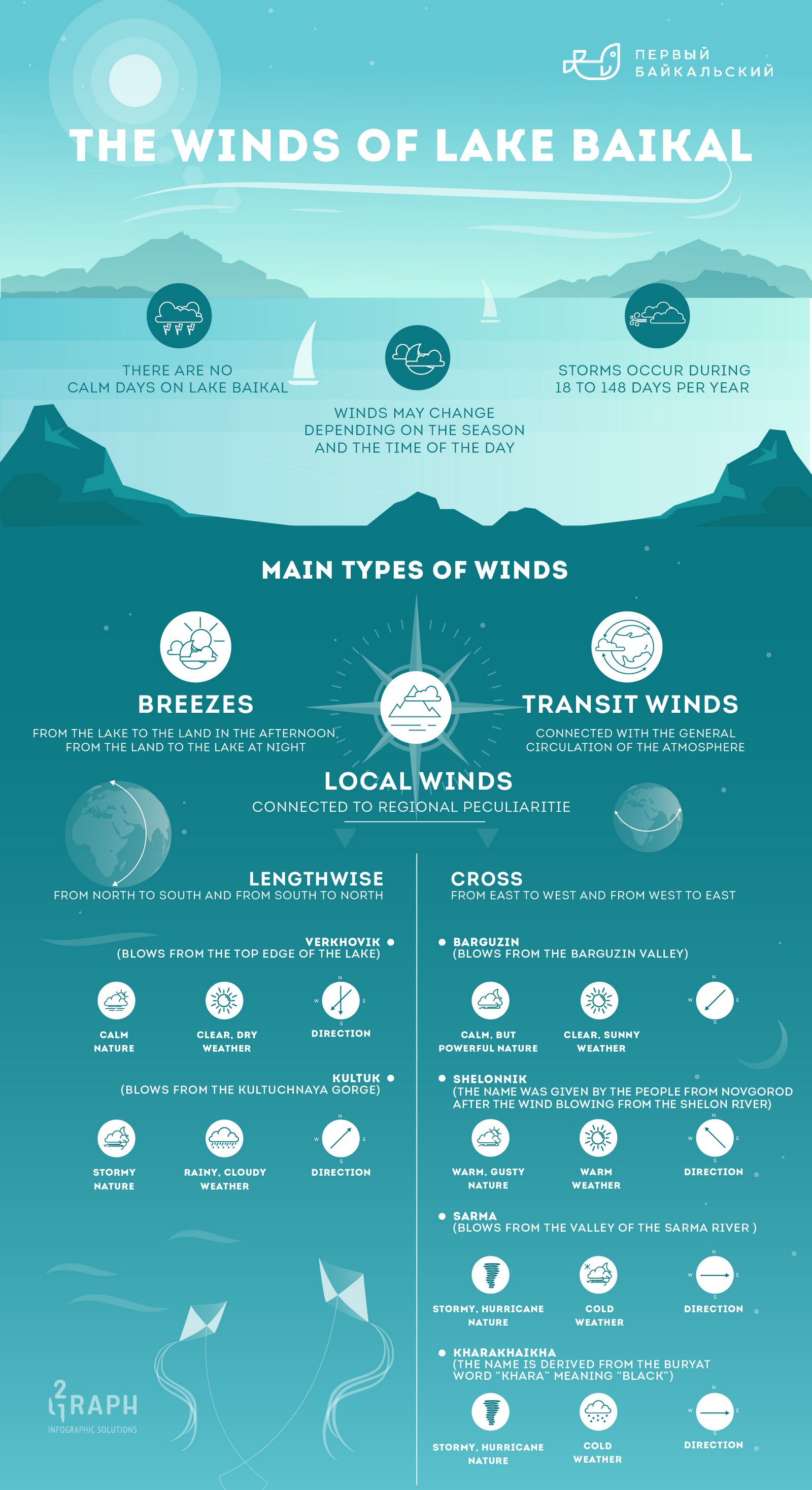