The Lost World of Lake Frolikha

We are telling about Lake Frolikha with its coast attracting more and more tourists.

The proverb saying: “Repair your cart in December; in July your sledge remember” is rather suitable to the topic of our story. Everyone hiding one’s cheeks and nose in the freezing air, dreaming about bright sunshine, green grass, a cozy beach... Therefore, if you plan your summer vacation in advance, we suggest that you pay attention to one of the most miraculous lakes located on the north-eastern edge of Baikal, among the mountains of the Barguzinsky ridge.

The lake with a very simple name - Frolikha - is a natural miracle which, according to legend, received its name thanks to the wife of a fisherman and hunter named Frol who lived on the lake’s coast. When Frol died, his widow got the nickname of Frolikha; she did not leave the lake, remaining to live on its coast.

The Source of Power and Spiritual Enlightenment 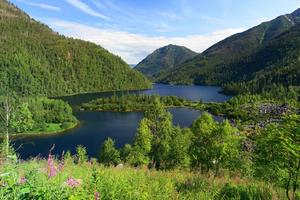 If you look at the water surface from above, then the lake resembles a blue flower with the petals of different sizes. People have strived to “merge” with this unique natural beauty since ancient times, because they believed that several hours spent on the coast of the lake made it possible to get loaded with positive energy for a long time. Indeed, this place is a real hermit’s dream, because it is rather hard to get there: either from the Baikal Bay Ayaya, by the only way available - on foot, or by water - on any available watercraft. And you will receive the reward: pristine silence, pure water, crystal mountain air, accompanied with enchanting morning mist. Besides, you will see the pristine taiga, the snow-covered cliffs, hear the warbling of streams and rapids full of icy waters, and enjoy sandy beaches, fantastic beautiful sunsets... The water inside the lake is incredibly transparent, soft, with an emerald tint.

During the pre-glacial period, the place of the modern lake contained two deep valleys, approximately at the same place where we find the modern valleys of the rivers flowing into the lake – Pravaya (“Right”) Frolikha and Levaya (“Left”) Frolikha. With the onset of the ice age and the development of glaciation on the surrounding mountains, these plains got filled with ice that turned into lateral branches of a powerful glacier descending towards Baikal. The huge masses of fragments of destroyed rocks stood in the way of movement of a gigantic stream of ice, prevented it from free sliding. As a result, a dam was formed: it limited the flows of large rivers and formed a lake with an area of 16.5 sq.km. Its length from north to south reaches 9 km, and its length from west to east is almost the same. The depth reaches 80 meters, so in summer its water can warm up to 20 degrees Celsius. The total distance of the coast encircling Frolikha makes up about 40 km. The coast is “unfriendly” to tourists: it consists of swampy, impassable thickets, sheer drops with dangerous rockslides - they create that pristine natural environment that has been preserved namely due to the fact that it receives the minimum amount of destructive human impact.

Landmarks on the Map of the Lake The names of almost all the bends, elevations, islands around the lake are closely connected with natural objects: Cape Kamenny (“Rocky”), Cape Sosnovy (“Pine), Okunevy (“Perch”) Bay, Medvezhya (“Bear”) Mountain ... 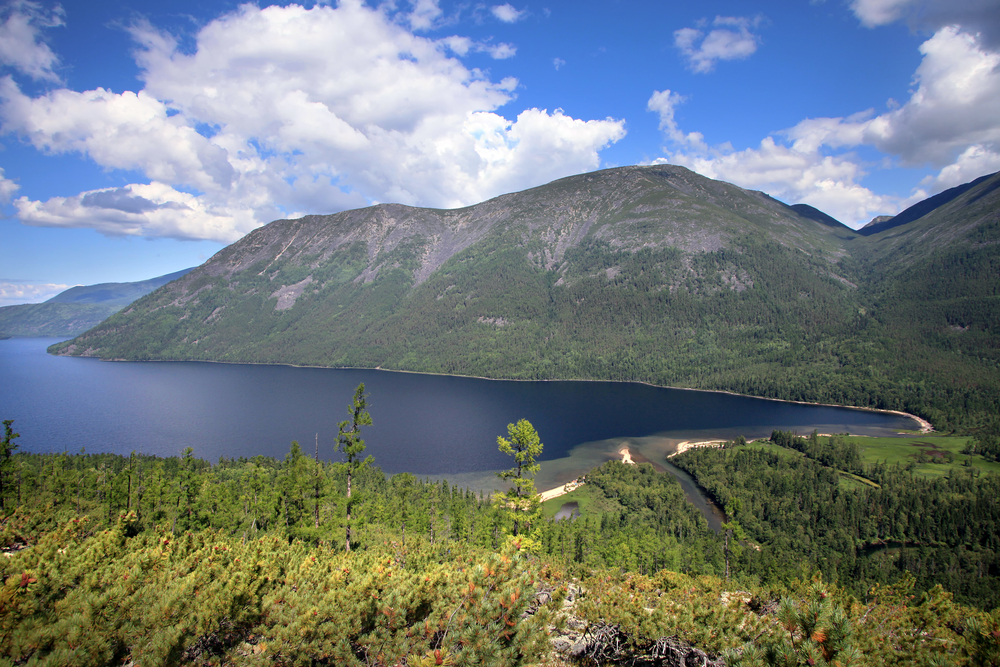 The pedestrian path from the Ayaya Bay to the lake provides an opportunity to see the wide Valunny (“Boulder”) Peninsula:  it is easiest to reach any point of the lake from that peninsula. It is a kind of a natural dam separating the Frolikha River from the Okunevy Bay. Their waters flow further - to Lake Baikal. The Ayaya Bay also offers a view of two small islands that are compared with huge malachite native rocks by some romantic travelers - due to the green color of these islands.

The Medvezhya Mountain is situated above the eastern end of the lake, at an altitude of 1200 meters above sea level. Its name is explained by the old legend, according to which, a bear clung to the edge of a mountain during an earthquake, but the animal was unable to hold on tight and began to slide down, leaving the traces of its claws on the mountain’s surface. Many bears have been living on the mountain since that time. Rare animals –rock rabbits – also live on the mountain. Besides, many springs run from under the mountain; judging by the rusty color of deposits, their waters contain a lot of iron.

The lake actively replenishes its water reserves due to the large number of rivers of different sizes, but the largest of them flow in the south-eastern part of the lake. These are Levaya (“Left”) Frolikha and Pravaya (“Right”) Frolikha. The upper reaches of the Pravaya Frolikha are presented by a very narrow three-kilometer canyon with steep walls that are half-kilometer-long and completely overgrown with elfin woods. The canyon ends with a 20-meter waterfall, after which the valley of the river expands significantly.

The estuarian part of Levaya Frolikha is a long shallow stretch of the river with a reddish bottom covered with small pebbles. Further along there are pits overthrown with debris, and then Levaya Frolikha turns into a river with swift rapids. It is enclosed in a stone gorge, its bed is blocked with huge boulders. The river has a large slope at this place, so numerous rapids and waterfalls up to 1.5 meters high emerge there. After that Levaya Frolikha changes its character once more: it straightens up, demonstrating waterways and pebble spurs.

The middle part of Frolikha Lake is the place where the eponymous river flows out of the lake. The river also has a second, Tungus name – “Nerunda”, which means “containing grayling”. The river has a rapid flow at its source, the waves can reach 1 meter, and even further along its way the character of the river is not particularly peaceful - rapids, sharp turns, a lot of debris that can be seen regularly ...

Both the river and the lake with the name “Frolikha” are a comfortable home for a large number of fish. The most common species are lenok, grayling, taimen, pike, perch, Siberian roach. But these places are famous thanks to the rarest fish –Frolikh char - the oldest representative of the ice age. Frolikh char has an Evenki name “Davatchan” that is translated as “red fish”. The fish is very valuable for Evenki. The meat of this fish is really red, that is why some make a mistake of calling it trout. Actually, it is a subspecies of the Arctic char. The fish has strong sharp teeth sticking out like those of an alligator, and the whole fish’s mouth of the is filled with these teeth. The fish has a greenish back with orange specks, a bright red belly, as well as fins with a white edge.

The population of this char species is extremely small, which the reason why it has been listed in the Red Book. 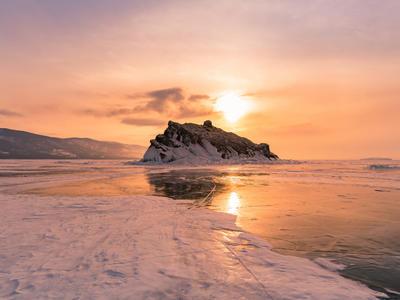 The Winter Magic of Lake Baikal

Baikal is a magical place where the power of nature gives you a charge for a year ahead and makes your dreams come true. There are also such places that if you make wishes there, you can have no doubt: they will come true. “Key to Baikal” will tell you whom you should send a letter with your wishes, where to tie a ritual scarf and which rock you should definitely touch this winter.