The Winter Magic of Lake Baikal

Baikal is a magical place where the power of nature gives you a charge for a year ahead and makes your dreams come true. There are also such places that if you make wishes there, you can have no doubt: they will come true. “Key to Baikal” will tell you whom you should send a letter with your wishes, where to tie a ritual scarf and which rock you should definitely touch this winter.

Baikal has its own Father Frost (or Santa Claus) living in the town of Slyudyanka, in the southernmost part of the lake. The history of the origin of Father Frost is very interesting. He was born in the Arctic, and came to the future lake, following the ringed seals along the Lena River. He saw a huge hollow: it was flooded by an earthquake in front of him. The Lena River was cut off from Baikal, and Father Frost remained on its coast forever. But he is glad to stay in this “captivity” – Father Frost leaves this place only in spring, as he goes to the northern mountains, where the weather is always cold. He has his own Snow Maiden and his own “uniform”: a blue and white fur coat, mittens and boots.

The Master of the Baikal winds and frosts has his own birthday widely celebrated among the inhabitants of Slyudyanka - on December 22. Various events dedicated to this holiday are held in the city on that day. To make sure that you wish will be fulfilled, you need to make it in Slyudyanka on the birthday of the Baikal Father Frost. In an extreme case, you can write him a letter. If this gave no result, too, you can write an email through his website (Father Frost on Lake Baikal is a rather advanced man). However, it is not necessary to wait until December 22 to come to Slyudyanka: you can come there on any other day, because the spirit of magic lingers  there all winter long.

This is probably the most popular place on Lake Baikal. This rock situated on the Island of Olkhon is called an “open-air temple” by Buryats. They believe that a spirit - the Master of Olkhon - lives in its cave. According to a legend, once during ancient times, the gods sent thirteen their sons from heaven to help people on the Earth. This place has always been considered sacred: rituals were held here to cleanse the karma of the genus and remove curses; sacrifices were also made. Earlier, no one except the shaman could approach the rock. And passers-by wrapped the hooves of their horses with felt and leather, so that to prevent their sound from disturbing the peace of the Master of Olkhon.

It is not recommended to climb the rock or go inside the cave even today. It is believed that the patron spirit of the island can punish people for it. Women and children are forbidden even to approach the rock and, preferably, they should stay as far from it as possible. Ritual pillars – serge - are set up near Shamanka Rock: you can ask the spirits to fulfill your wishes near these pillars. For doing this, you should tie a khadak (a special scarf) or a simple ribbon to them, put a copper coin next to it as a sign of gratitude to the gods and go around the pillars three times.

Another sacred place - Cape Khoboy – is located in the northern part of the Island of Olkhon. Its name, translated from Buryat, means “a fang”: the rock at the top of the cape looks like a big tooth. According to a legend, this is the dragon's fang lost by the dragon when the latter was flying over Baikal. Some scientists suggest that the legend is based on a real fall of a certain cosmic body from the sky: possibly, a small meteorite. This fact is often used to explain the strong geomagnetic field observed in the area of Cape Khoboy.

Locals believe that they can meet the spirits of their dead ancestors, or even see their own previous incarnations, in that place. The spirit of the White Shaman emerging from the waters of Baikal has become the most popular legend. It is believed that seeing him brings great luck. Another magical place - a rock with a through hole called “The Mirror of Desires” – is situated not far from Khoboy. It is believed that the place possesses magical properties. If you enter the rock and make a wish, then it will surely come true.

If your wish has a material nature and you come to Lake Baikal through Ulan-Ude, stop by the village of Galtai: the Taban-Khurgan Rock (its name means “five fingers”, translated from Buryat) is situated next to that village. It is located about 120 kilometers to the south of Ulan-Ude. The stones protruding from the ground resemble a hand turned up to the sky. This place has been considered sacred by the locals since ancient times.

The stone hand symbolizes the connection between the earth and the sky and asks the gods to bring happiness, well-being and good luck to people. Public prayers attended by tens of thousands of people were held here before the revolution of 1917. It is believed that these stones have magical properties, and you can attract good luck and wealth with their assistance. By the way, according to one of the legends, these five fingers are actually the right hand of Genghis Khan (and his left hand is located in Mongolia). Thus, the great Khan allegedly left his trail on the Earth. According to more ancient beliefs, the hand of “Taban-Khurgan” asks the father of all things - the Eternal Blue Sky (Tengri), the supreme deity of the Mongolian peoples – to grant everyone happiness, good luck and well-being. In order to make a wish, you can just stand near the rock, but it is even better to touch it, thinking about what you want. 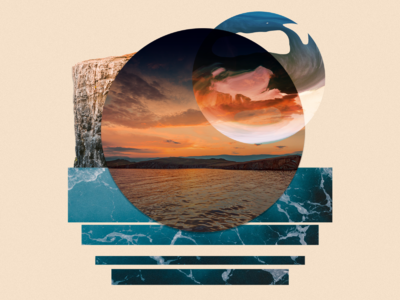 The Lost World of Lake Frolikha

We are telling about Lake Frolikha with its coast attracting more and more tourists.