The Severe Coast: Acquaintance with the Eastern Baikal

Baikal is rich in diverse localities. Some of them seem to have been taken from other climatic zones. Such zones include the sandy beaches of Enkhaluk. Our reader Pavel made a trip through Eastern Baikal and shared his route and advice with us.

Having visited many places of Lake Baikal, we decided to explore its eastern coast. Our choice fell on Enkhaluk - the most popular holiday destination among the inhabitants of the Republic of Buryatia and the closest point to the starting point of our route, Ulan-Ude.

The recreation area of Enkhaluk is located on the Eastern coast of Lake Baikal, to the north of the delta of the Selenga River, between the Oblom Cape and an unnamed creek near the village of Noviy Enkhaluk (“New Enkhaluk”=. The location has many sandy beaches and a smaller tourist flow than in the popular recreation areas of Western Baikal. That was all we knew about this place. 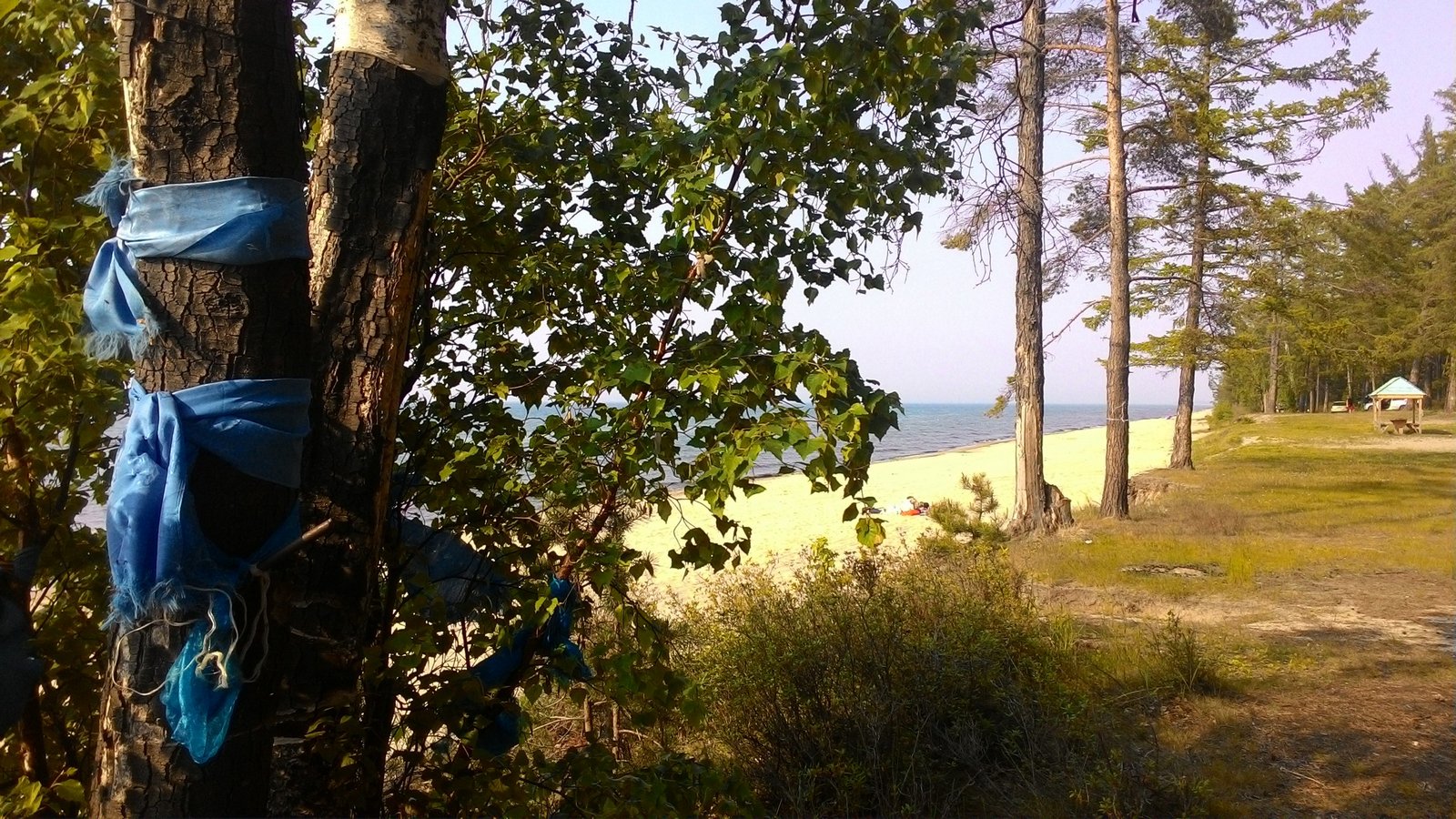 The desired beaches were located 170 kilometers away from the capital of Buryatia, the choice of transport was not great - either your own car or a regular bus. We chose the first option. The journey took about two hours. The road is pretty decent, moreover because a half of the way went along the federal highway (P258” Baikal”). The landscapes of Buryat steppes, mountains and Selenga, especially of its delta, created a pleasant anticipation of something great. However, the forest fires across Transbaikalia spoiled the visibility in some places, but as we approached Baikal, the air became more transparent.

In fact, there are two of them. The first one is simply Enkhaluk, the second one is Noviy Enkhaluk (“New Enkhaluk”). We managed to visit both of them, but started with the first one. These are fishing settlements on the coast of the Great Lake, having recreation centers, guest houses, hotels, children’s camps and many things more. The cost of accommodation per night ranges from 500 roubles in houses of local residents to 8,000 roubles in hotels with free Wi-Fi, meals, beach, etc.

There are plenty of places for tents and overnight stays in cars, but there is one subtlety - spending a night as a “savage” in the Enkhaluksky Game Reserve should be paid, whereas making campfires and cutting trees is prohibited at all. However, these measures have led to the fact that the forests and beaches of the reserve have become much cleaner and it is more difficult to find garbage here than in many other places at Lake Baikal.

Beach! This is what people come here for. It is great. A strip of clean yellowish sand stretching to a large distance, and the majestic Baikal...

An interesting discovery was that some trees near the beach have zalaa - bands tied by Buryats in sacred places – on them.

Notwithstanding the fact that the water in the lake gets quite warm, not everyone dares to swim, including us. A cold wind from the north created an amazing paradox - warm water, scorching sun, and at the same time the wind that pierces to the bones. Fortunately, this wind blows not always and not everywhere, but it is better to look for a less windy bay from the beginning, and we found it in Noviy Enkhaluk. 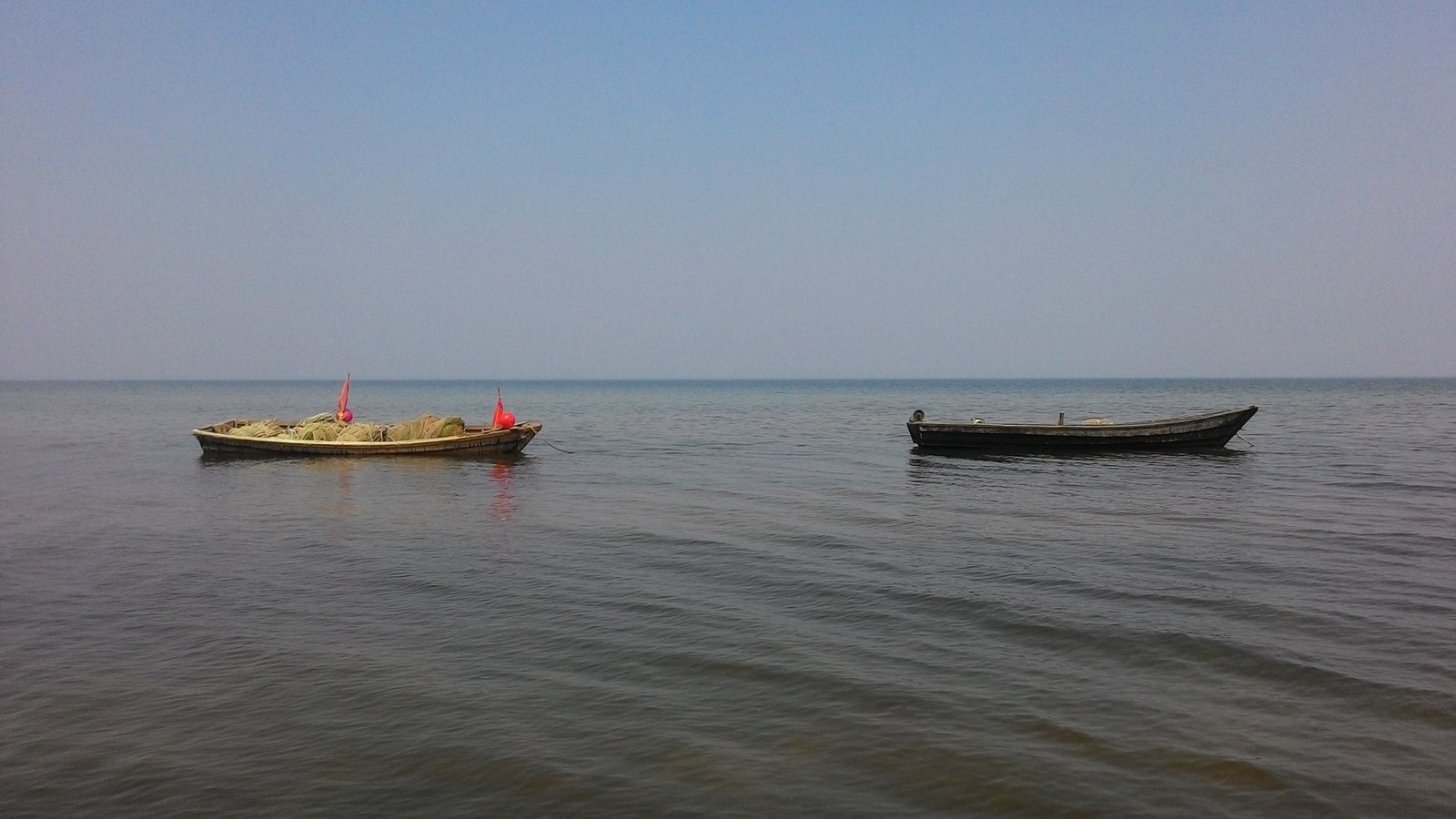 As you walk along the coast, you can observe an idyllic picture - wooden boats swaying on the waves, flocks of seagulls accompanying them, as well as local dogs lazily lying on the beach, waiting for the catch of fishermen. Local dogs are as well-fed, lazy and kind as the dogs at the Buddhist temples of Buryatia. The atmosphere of tranquility combined with the trees tied with zalaa ribbons gives the impression of the sacredness of the place. The meaning of the word “enkhaluk” – “calm, peaceful, blessed” – justifies itself.

The closer you come to New Enkhaluk, the less tranquility can be observed and the larger the number of tourists becomes. Wooden boats are replaced by powerboats, and the silence - by disco music. The most part of the infrastructure facilities are located here: a cafe, a children’s playground, shops, volleyball playgrounds, accommodation, etc. It is believed that the wind is weaker and the water is warmer here. It is most likely really so, because we managed to sunbathe only in Noviy Enkhaluk.

Enkhaluk proved to be a close, convenient place for rest. Everyone will find something for oneself here: some can count on an excellent suntan and swimming, some - on meditative walks through picturesque places. But before you go here you should necessarily look at the weather forecast and the direction of the wind, so that not to be trapped in a house or a tent for the entire period of your rest. The eastern coast of Lake Baikal is beautiful, albeit severe at times, but as you get acquainted with it, you get to know the Sacred Sea from an entirely different angle.