The Great River and the Gull Island: the Things People Protect on Lake Baikal

© Photo: Key To Baikal
International Day for Biological Diversity is celebrated on our planet on May 22. Unfortunately, this is the case when the problems in this sphere resulted in creation of this international day.
Первый Байкальский

Human activity is based precisely on natural diversity. However people, using the Earth’s riches, at the same time do almost irreparable harm to nature: this harm is connected with a decrease in the number of species of plants, animals, birds... In fact, we are on the verge of a catastrophe caused by the disappearance of biological diversity and ecological balance.

Today, people in all countries are thinking about these issues; and, for example, the biosphere of almost the entire world is concentrated on the ecosystems of Russia. Baikal alone is already almost enough!

The holiday discussed by us has one more synonymous name - the Day of the Flora and Fauna of the Earth.

Trees, Grass, Flowers and Birds Do Not Always Know How to Protect Themselves...

The Goddesses of Nature - Flora and Fauna

In ancient times, people did not know how to explain natural phenomena, the change of seasons, so they made up various mythical gods and heroes. The Roman goddess of the Earth Tellus had two daughters - Flora and Fauna. Their time came in spring, when the air got warmer and the nature woke up, green grass was growing and primroses appeared, and the power of Flora and Fauna was extended over all living creatures.

Flora - the goddess of flowers, spring, agriculture, youth - was considered one of the most beautiful goddesses depicted as a charming young girl with a flower wreath of on her head. The month of May was named after her. And, according to a legend, we must thank Flora for the diversity and brightness of the surrounding nature. Before the goddess started to reign on the earth, she was empty and colorless. But, having descended from heaven, Flora mixed the seeds and colors, scattering large amounts of them on the ground and sending rain. Then the earth turned green, got covered with a colorful blanket of flowers.

Fauna (Favna) is the goddess of nature and animals that was originally considered a village goddess, protecting the farm and cattle. People stated that she became the wife of the forest god Faun distinguished by a kind and cheerful character and also possessing the gift of prophecy. Fauna is the feminine embodiment of wildlife, the female, and, correspondingly, prophetic incarnation of Faun.

Unlike her charming sister, Fauna was usually depicted as an elderly woman with pointed ears, holding a cornucopia in her hands.

Now we can actually see how exhausted the nature around us is, how the potential of its reproduction decreases. We are unable to protect our flora and fauna with the appeals to take care of the surrounding space, to preserve the species diversity of the animal and plant world, or with one-time actions. We need a set of joint systematic sequential actions that will involve the state, society, and separate individuals.

This is extremely relevant when it comes to such an object of world importance as Baikal: nature is especially generous to this lake. The wealth of life forms is incredible there! These Baikal treasures can be saved if they live in the system of specially protected natural territories: such as national parks of considerable size and separate natural monuments. 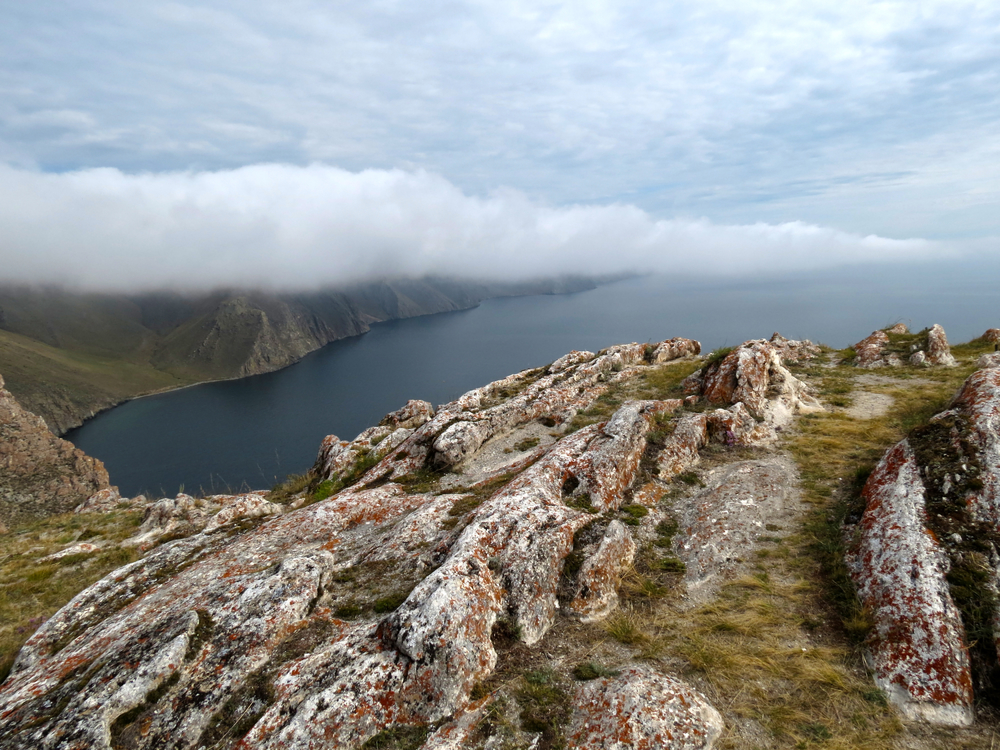 Irkutsk Oblast is famous for its unique natural complexes playing an important role in the preservation of biological diversity. The region uses its right granted to the constituent entities of the Russian Federation to establish categories of specially protected natural territories of local (municipal) and regional importance; the location of the majority of these is directly linked to Baikal.

How the Territories of Baikal are Protected

They were created, in particular, for the purpose of preserving the unique and typical natural complexes and objects, landmark natural formations, objects of flora and fauna, their genetic pool.

According to the law, the areas of this type include natural monuments.

Many natural monuments of Irkutsk Oblast were recognized as such during Soviet times. In August 2013, the Ministry of Natural Resources and Ecology approved the standard form of a Passport of a natural monument of regional significance. In fact, inventory account of these objects has begun; and we will tell you about them in greater detail.

Zoological Natural Monument: “The Source of the Angara River” 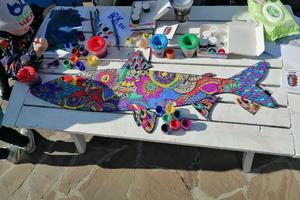 It is no accident that people say that only a Great River can flow out of the Great Lake. Let us recall that this river is not only Great, but also the only one.

The source of the Angara River is considered to be one of the largest river sources on our planet. It is almost a kilometer-wide gap in the Primorsky Ridge: through this opening Angara “transfers” about 60 cubic kilometers of water from Baikal annually. It is noteworthy that Angara doesn’t begin as a small river, which is characteristic of the most part of river sources, it is a powerful wide river from the very beginning: its powerful current escapes Baikal and rushes towards the Yenisei at full pelt.

The depth of the source of Angara is modest - about two meters; only in some places it reaches six meters. The speed of the current is also not constant and depends on the level of the lake. If the latter is high, then the speed is 1 m/s, and in case of low lake level, the speed may reach 5 m/s.

The tourists who begin their journey on Baikal from the source of the Angara River, notice the amazing purity and transparency of the local water, which enables everyone to see all the details of the bottom.

During winter, the most part of the source does not freeze. This can be explained by the rapid current, but the first and  foremost reason is the fact that deep water, not surface water, runs from the lake to the river. And the deep water temperature can even be higher than 0 ° C. Of course, ice can be brought by water from Baikal. In this case, its lumps block the riverbed, and the river can stay like this up to a week. However, such things happen seldom.

A permanent winter ice hole attracts birds. They come there for breakfast: for this purpose they can catch gammarus crustaceans. Besides, this comfortable place has become a perennial “home” for wintering water birds.

That is why it is quite natural that the source of Angara is recognized as a zoological natural monument of regional significance.

Moreover, the source of the Angara River is called a unique zoological object, because it is the only permanent mass wintering place of anatides in the entire Northeast Asia - a non-freezing ice hole of large size. In some years, this wintering place accommodated up to 25 thousand birds. This object of international importance is extremely important for the preservation of biological diversity of birds in the region.

Six species of water birds constantly spend winters precisely in this place. The species composition of ducks is fairly constant. The most numerous are the goldeneyes (up to 97%). There are also mergansers, goosanders and red-breasted mergansers, long-tailed ducks, tufted ducks, as well as smews. Wintering birds of prey have also been noticed.

The Maloe More Strait is a real home for such birds as gulls that have occupied the most part of the islands located there. One of them is Bolshoi  (“Big”) Toynik, or Bolshoy Toinak, also known as Gull Island.

This strange name is associated with the Buryat word “toyog” meaning “a kneecap”. And if you look at the photo of this piece of land from a bird’s eye view, then you will be convinced that it actually protrudes from the smooth surface of Baikal, reminding a human knee.

The rocky island framed with shallows is extremely small: 20 meters high, 540 meters long, about 60 meters wide. This rocky platform with a steep coast is located in the southern part of the Maloe More Strait. The island separates the vast, but shallow Bay of Khuzhir-Nugo from Baikal: this island is located close to its “brother” Maly (“Small”) Toynik, right in the middle of the entrance to the bay. The bay protrudes into the coast between the Sarma Cape with its delta and the Antukhai Cape, whereas the coast of the Khuzhir-Nugo makes up the riverbed for the Sarma River.

Bolshoy Toynik is characterized not only by a rocky surface, but also by complete absence of forest and by te extremely specific harsh climate that is defined as sharply continental. According to long-term observations of meteorologists, the absolute minimum temperature is -44 ° С, and the absolute maximum amounts to + 32 ° С.

Above all, the island is regularly “visited” by powerful Baikal winds, including the famous Sarma that is considered the most formidable. The local nature cannot boast of large amount of precipitation; therefore, the island is virtually never covered with snow in winter.

Naturally, a question arises: why was this miniature severe islet recognized a natural monument?

The fact is that all these inconveniences do not frighten the gulls - they have chosen the island as a place of their permanent nesting.

You can observe the beauty of herring gulls flying over Baikal for approximately 220 days a year: the birds prefer Bolshoy Toynik just because it is unsuitable for human life.

The largest number of the seagulls can be seen on the island in summer. It is an incubator, a maternity hospital, and a playground for small birds - clumsy, big-headed gray chicks with big legs, with their feathers only beginning to grow.

The largest colony of the Mongolian gull subspecies is located on the island. The pits of the cliffs hidden from people are shelter to numerous ducks - mallards, tufted ducks, white-winged scoters, red-breasted mergansers. The nesting birds also include ruddy shelduck listed in the Red Book of Russia.

Scientists have discovered only about 85 species of plants on the island. However, these include the plants considered to be rare and endangered. These are Turchaninov hair grass (Deschampsia turczaninowii) (listed in the Red Book of the Russian Federation) and dwarf lily.

Unfortunately, we can only remember that many cormorants nested on the island in the middle of the last century. The memory of them is presented by abandoned empty nests.

In order to avoid such fate for herring gulls, you should not disturb the birds, when you come close to the island of Bolshoy Toynik, just for having fun...