The Water Routes of Lake Baikal

No doubt, Baikal is interesting from all of its angles; but being a part of the lake – spending time amidst its waters - is a special sensation. "Key to Baikal" will tell about the most important water routes of the Sacred Sea-Lake.

Despite the fact that Baikal is a popular tourist place, there still are a lot of locations which can only be reached by water transport.

Navigation on Baikal opens in mid-May and lasts until the end of December. When the ice gives the way to water, the vessels of the East-Siberian river shipping company, numerous motor boats, yachts and fishing boats begin to sail along the lake. However, not all routes operate from May to October. It depends on the weather and technical condition of the ships of the “Baikal flotilla”.

One of the most popular routes for those who do not have much time, but want to see the most important things, is the excursion cruise titled “Olkhon in 1 Day”. It starts from the “Irkutsk” hotel where you take a minibus, then you are brought to Listvyanka, after that you already take a real ship to the heart of Baikal - the island of Olkhon (Zagli Bay). Then you are transported from the Zagli Bay to the village of Khuzhir by land. The return travel takes place in the same sequence. The route operates from June 9 to September 1 on Wednesdays and Saturdays. You can exclude Khuzhir from the route, then the trip will cost cheaper, but in this case you will have to get out from the Zagli Bay on your own or stay there for several hours. The water route to the island is overcome faster than by land, because, first, the “Kometa” motor ship sails quickly enough, and second, you do not waste your time on the ferry.

Another route that is in great demand is a cruise to the Peschanaya Bay (Baikal Dunes). Its advantage is the fact that the “Barguzin” motor ship that serves the route departs from the pier in Irkutsk, so you can get right to the Peschanaya Bay or the Baikal Dunes in about three and a half hours without changing the means of transport, viewing the Angara River and then the rugged coast of western Baikal from your window. The route operates from June 15 to August 31. The cruises take place on Fridays and Sundays; there is an additional cruise on Wednesdays from July 4 to August 22. There is an even shorter route to the village of Bolshie Koty: only an hour and a half and you are in the open air, surrounded by the nature of the Baikal National Park.

The island of Ogoi, that is sacred for Buddhists, is one of the most desired points on the map of Lake Baikal and can only be reached by water transport. The “Aquilon” motor ship runs on the route from June 9 to August 27, departing from the village of Sakhyurta (MRS). The round trip, including the stay on the island itself, takes four hours. You can also get to the island by chartering a private vessel in the village of Sakhurta or using the services of companies specializing in cruises on Baikal. Sometimes such routes include the island of Khubyn or all the islands of the Maloe More Strait.

A one-day water excursion along the Circum-Baikal railway is one more route which should not be neglected. If you go on this tour, you’ll have an opportunity to visit the most interesting places on the Circum-Baikal Railway during one trip: Tolsty Cape, Polovinny Cape, as well as the village of Shumikha, and enjoy the most beautiful landscapes of the southern Baikal. The route operates from June 2 to September 30. The cruises take place on Saturdays and Sundays, besides, there is an additional cruise on Thursdays in July and August.

You can see the southern coast of Lake Baikal as a passenger of a cruise route along the Listvenichny Gulf. This cruise is served by the largest pleasure cruiser of the lake - “Babushkin”. Alongside with this boat, numerous private motor boats run across the bay and along the entire southern coast of Lake Baikal - these can be chartered in Listvyanka or even in Irkutsk.

Virtually all ports or fishing villages have motor boats and rowing boats; you can take them and get somewhere or just go on a cruise. For example, in order to get to the island of Yarki (in the northern part of the lake), you need to take a motor boat or a rowing boat, there are no other ways to visit the island.

Going through Baikal on Kayaks and Canoes 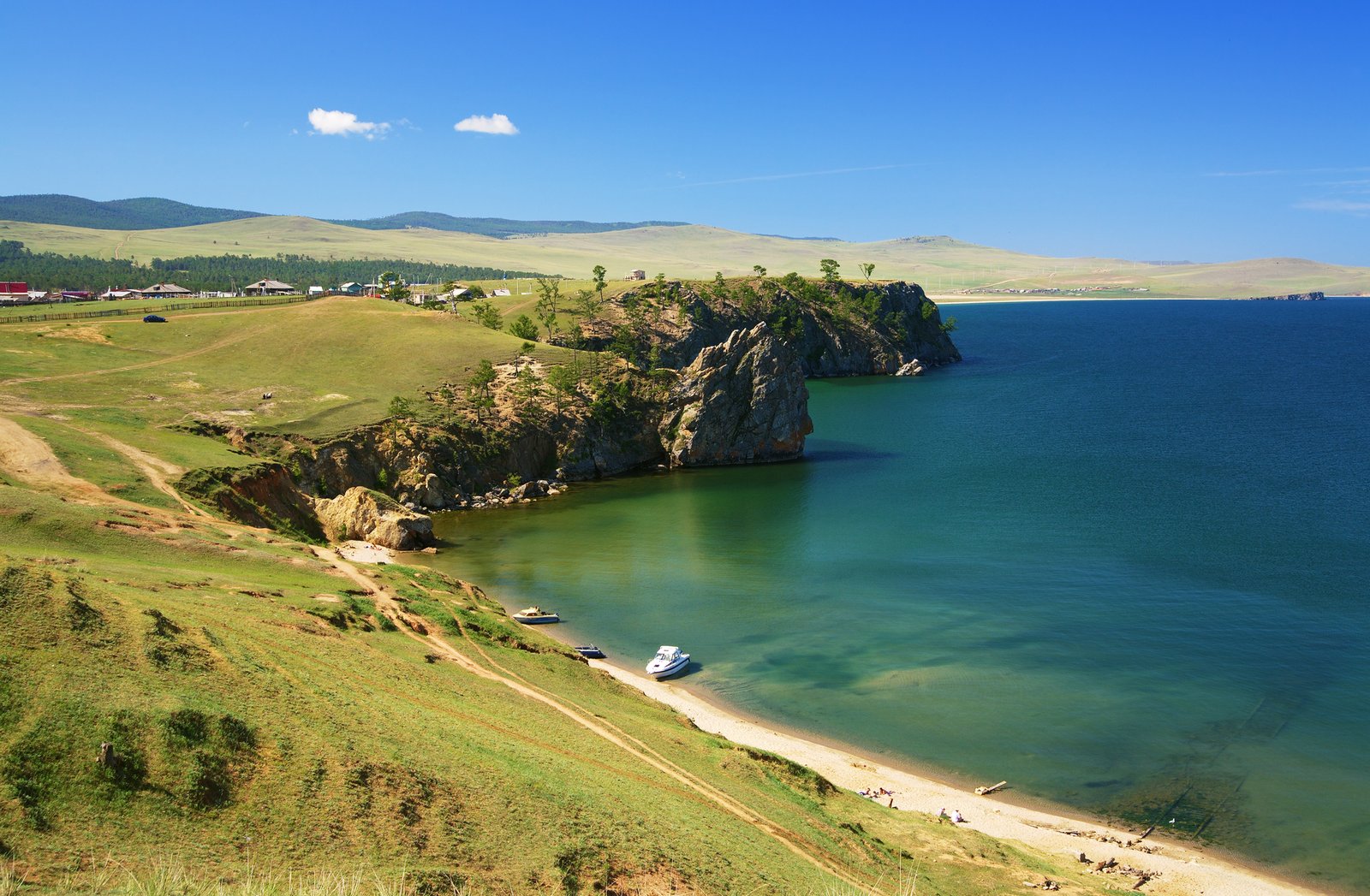 This kind of active water recreation is quite safe and enables you to get an excellent emotional drive from enjoying beautiful Baikal views. Canoes possess excellent nautical qualities and move at a speed of 7-8 km/h on calm water, which makes it possible to overcome distances of 40-70 km in a comfortable mode in 1-2 days. Many water routes pass through the areas at a distance from the well-trodden paths, so you can feel like a discoverer of new places on such a trip. It is convenient to get to the starting point of all the main routes by car and depart from the final point of rafting trips also by car. The length of such routes ranges from 40 to 100 km; and they are covered in 1-3 days (during a weekend). The routes can be considered an active family recreation that helps you to get acquainted with the Baikal region from a completely different angle.

Kayaks and canoes can be rented at many tourist recreation centers or in Irkutsk. The cost of this service can vary, but it is worth trying yourself as a discoverer and blend into the nature of Lake Baikal.