The Guardians of the Olkhinskoye Plateau, or Where a Climber Should Go on Lake Baikal

“Key to Baikal” proceeds with traveling to mountain residuals of the majestic Olkhinskoye plateau. 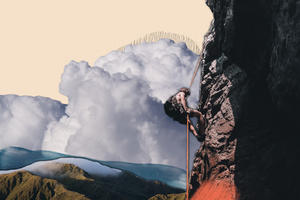 Baikal “Pillars”: Where a Climber Should Go on Baikal

Our country will celebrate the World Tourism Day for the 37th time on September 27. Modern tourism is both a form of a leisure activity and an important business area. But if you try to look for a definition of the word “tourism”, you will find no unity on this issue, because this phenomenon is very multifaceted. We will talk about tourism as a form of outdoor activities, where travel is the most important, for these activities enable us to get to know our country better, promoting communion with nature (not with our everyday environment), developing perseverance, dexterity, stamina, ability to overcome difficulties...

A tourist is a multi-industry person: a mountaineer, a climber, a speleologist, a skier, and a natural scientist... All these qualities will be useful on the route leading to residual mountains (a residual mountain (or hill) is a stand-alone hill that survived after the destruction of a vast territory) on the Olkhinskoye plateau that have fancy, memorable names: Belaya Krepost (“White Fortress”), Vorona (“Crow”), Pharaon (“Pharaoh”), Cleopatra ....

If you take a trail to the Orlenok station from the Irkutsk railway station, then the familiar view of these places will open almost immediately - stone fields and lonely rocks on the flat tops of the mountains. You can go further to the Podkamennaya station (about two hours of travel), where you can see the monuments located literally in the middle of the taiga. 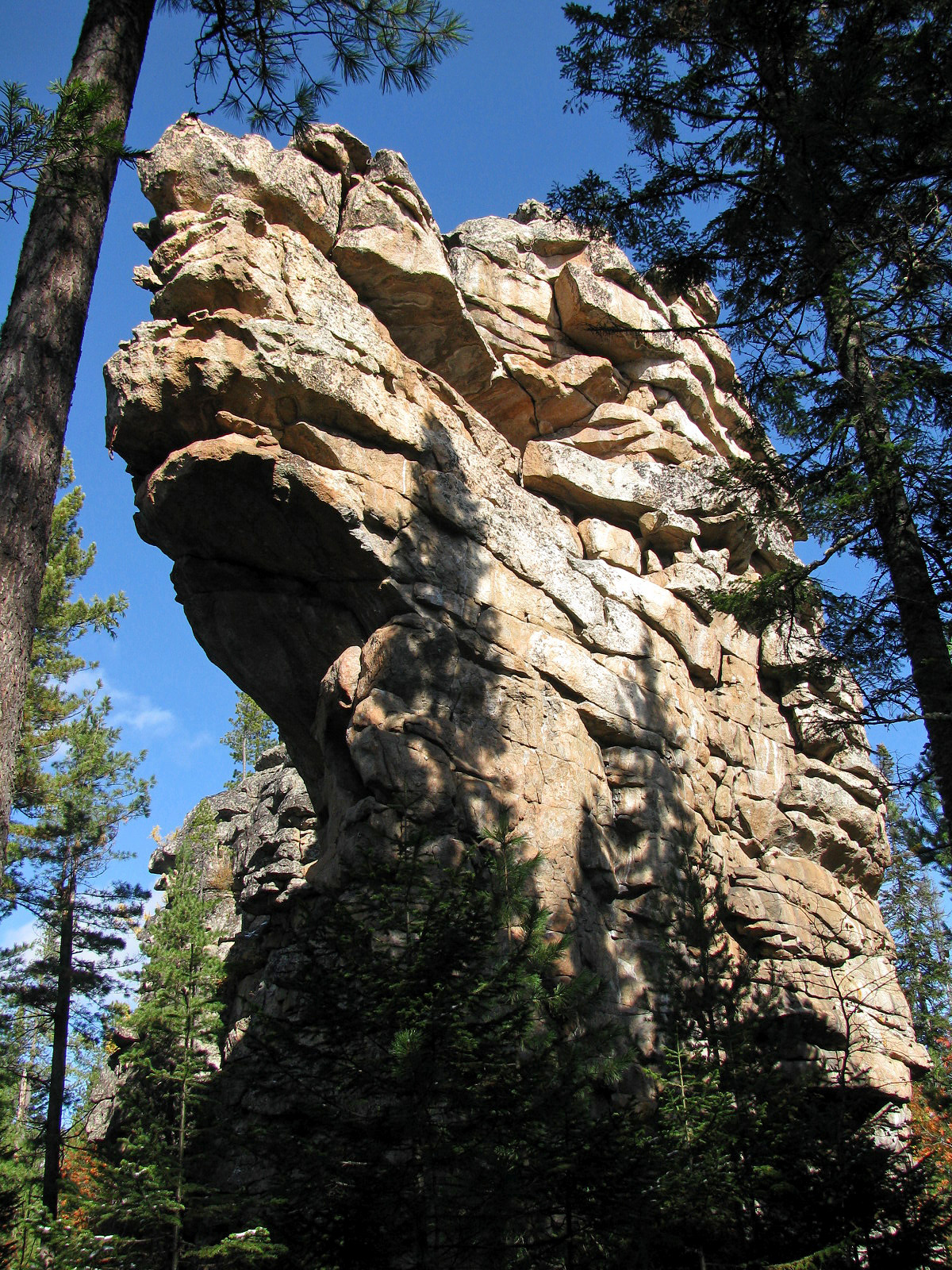 Voroniy Kamen is not the most widely promoted residual mountain. But it is closer to the railway station than others: you only have to go 4 kilometers to reach it. After the last turn of the trail, literally in 5 minutes, you will see the residual mountain’s “nose” through the mighty spruces.

This residual mountain has many names; each of them is based on someone’s opinion, so confusion is inevitable.

So, the first name is the already mentioned Voroniy Kamen (“Crow’s Stone”), which is associated with a rather far-fetched similarity of the highest front part of the rock with the wise bird. There is an optional name derived from the original one – Vorona (simply “Crow”).

The second version is Yascheritsa (“Lizard”). Local residents think that if you look at the “nose” at the front from the left, then you will really see an evil muzzle of a primitive monster looking at you.

The next name is Varan (“Goanna”). In this case, it is proposed to look at the residual mountain wall from the flank, then the pile of stones will “turn into” a reptile, raising on its small thick legs and looking up.

Voroniy Kamen is interesting as a tourist attraction by itself. It differs from other residual mountains in the fact that it is presented by a narrow elongated powerful stone block about 100 meters long and 15 to 30 meters high. Beautiful yellow mold can be seen on the surface of the monolith, taiga trees approach its foot, and a panorama of the Olkhinskoye plateau, Podkamennaya station, and the Baikal hollow opens from the top of the stone... The trail around Voroniy Kamen offers an awesome walk, just keep it in mind that it consist of rather rough rock, so it can cling to your clothes and form a hole therein.

Voroniy Kamen is also called the “sportiest” residual mountain; its benefit is the fact that in addition to professional specialized routes, it also has a route for ordinary tourists, the so-called “simple climbing”.

A hike to Voroniy Kamen is a wonderful one-day tourist destination completely suitable for a family trip.

Shakhtai is located quite close to Voroniy Kamen, about 1.5 kilometers to the north-east, but it’s a seeming proximity: there is no convenient path between the two places. You can also reach Shakhtai from the Sanatorny railway station. It is already difficult to get lost there, besides, there is a sign indicating the road.

Shakhtai is a very massive stone hill about half a kilometer long, with a 2-meter peculiar conical light-colored tower in the western part – the tower is crowned by a sign with a mark of 960.4 meters. This is the only clear elevation of this kind, only a pile of rock fragments can be found around it.

Due to the relatively small size of Shakhtai, as compared to other residual mountains, it is first of all, not a sports object, but an excursion tourist site. An interesting peak definitely invites travelers to climb onto it, but you should move very carefully: there are steep corners, wide and deep gaps on the surface, as well as sheer walls. The ascent will be rewarded, for example, with the opportunity to take photos of the panoramic view of the endless taiga seen from a small platform, however, the number of visible details is small.

The stone monument consists of two crests that are not very long (about 300 meters each) and a low, almost rounded tower (up to 12 meters high, up to 15 meters in diameter) with vertical walls in a dense forest there between the crests.

Those rare guests who managed to climb to the highest point of the Belaya Tserkov noted a completely unique thing - the possibility to pick up a cellular communications signal and connect to their loved ones. This is a real miracle, if you remember the fact that the conversation takes place on top of a mountain amidst the impassable taiga, with virtually no roads and without any active human presence.

In addition to the above, you can reach the following residual mountains from Podkamennaya: Uksus, Pharaon, Cleopatra, Lev...