The Kobylya Golova Cape greets everyone who goes to Olkhon by ferry. We will tell you who invented the cape’s name and which parts of it are definitely worth seeing during your trip. 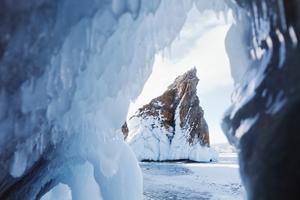 Baikal Horror Stories: the Story about the Mare’s Head

There are many places with unusual names around Baikal; the origin of these names is associated with ancient legends and folk traditions. These include the Kobylya Golova (“Mare’s Head”) Peninsula, a natural monument of regional significance created in Irkutsk Oblast on February 25, 1985 for the preservation of the unique geomorphological object with a complicated and rare fjord-like shape of the coastline.

The famous eponymous cape is also located on the peninsula: this cape is the westernmost point of the majestic island of Olkhon. They believe that this cape is the first to be seen in the way of those who come to the island by ferry.

A Place on the Map of Olkhon

The Kobylya Golova Peninsula is located on the southwestern coast of Olkhon. The territory of the natural monument is delimited by several water reservoirs with the Maloe More Strait (the northernmost bay of the peninsula - Irkutskaya Bay) on the one hand, and the Khul Bay of the Olkhon Gate Strait in the south, on the other hand.

The total area of ​​the natural monument is 185.36 hectares, including the water area.

It Is Hard not to Recognize This Peninsula

The original Buryat name - Khorin-Irgi - is explained by the fact that the contour of one of the capes of the peninsula resembles a profile of a horse's head. Truth be told, if you read the works of the prominent Baikal scientist Ivan Chersky, you will see that he has completely different associations, they are as follows: “... a skull of a huge predatory animal, something in between a kind of a dog and a bear”. The entire peninsula seen from afar is perceived as an enormous swimming monster.

The peninsula is about 4 kilometers long and up to 37 meters high, it protrudes into the lake and is crowned by the eponymous cape with a lone steep cliff. Its shape is not only elongated, but also rather narrow, hilly, tortuous, with steep stone banks, interrupted by a number of beautiful capes and bays.

The surface of the peninsula is unusually rocky and demonstrates tectonic faults, once again proving the antiquity of origin of Lake Baikal.

The importance of the peninsula as a natural monument is due to a number of completely heterogeneous factors, including:

- strong aesthetic attractiveness;
- unusual geomorphological structure;
- the presence of rare plant species: rhodiola rosea or golden root grows here;
- the cliffs of the peninsula are used by birds as breeding grounds;
– archeological monuments;
- historical and cultural component connected with the shamanistic cult of the Buryat population and the assurance that the peninsula was visited by Genghis Khan with his soldiers.

A Guide around the Peninsula 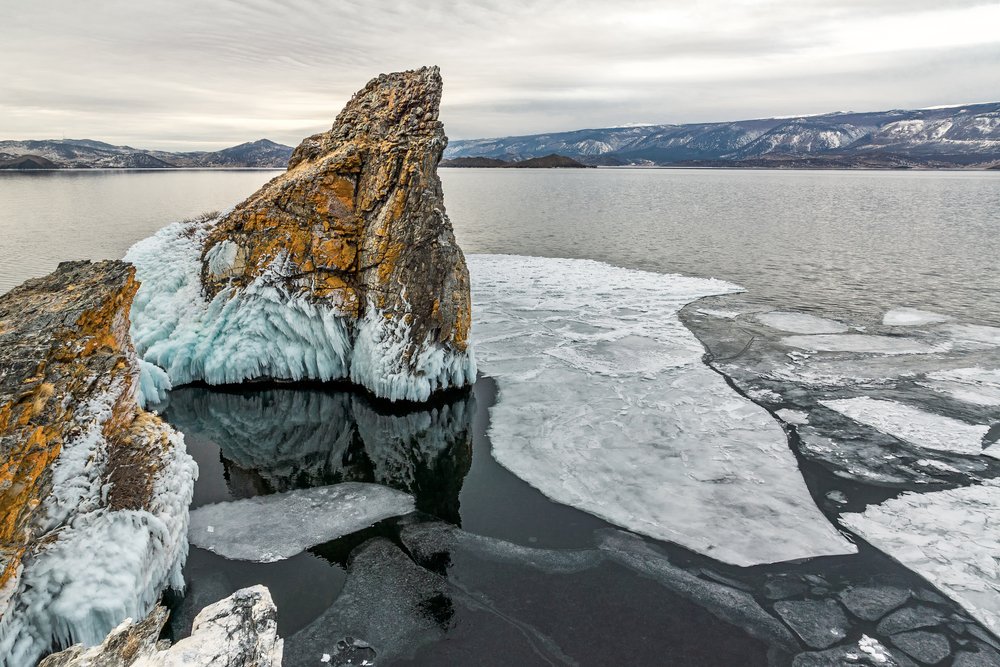 The rock at the tip of the cape, that is actually the cape’s fragment separated from the coast by a crevice, is especially interesting. This is a unique passage, 4 meters wide, surrounded by 10-meter steep stone walls. If you have a kayak and the necessary skills, you can pass this mini-canyon on a boat in fine, calm weather.

This was exactly that point that Fedor Drizhenko deemed the most convenient for installing a lighthouse.

You should definitely see Kobylia Golova Bay in the northern part of Khul Bay. Archaeologists found the traces of residence of ancient people here: the settlements of primeval men.

The Khalte (Khalto) Cape is the highest cape of the peninsula. It is generally recognized that one of the most stunning views of Maloye More, Olkhon Gate and the Primorsky Ridge opens from this point. The undoubtedly distinctive, and, of course, attractive feature of this object is the opportunity to see the “creations of nature” - grottoes formed within the rocks of the cape located on the level of water.

Khalte is a place of interest where archaeologists discovered a cult complex that is not the most ancient (it dates back to the 17th – 19th centuries), but is incredibly characteristic of the culture of the indigenous population; the complex includes three stone obo places (the places for worshipping local spirits) shaped as wells.

The Tutyrkhey Cape is considered to be the extreme eastern point of the northern coast of the peninsula. If you get to know it “from the water”, you will see a beautiful rocky cliff hanging above the lake surface. Tourists who are interested in history will not be indifferent to the findings of experts: a small semicircular stonework shaped as a balcony, headed towards the Baikal, as well as an ancient burial ground in the rocky relief.

Once more bay located to the east of the eponymous cape - Tutyrkhey Bay - is perfect for a stop, because it protects people against the gusts of mountain wind. It can be assumed that the ancient people were aware of this advantage, and their settlement that was found here only proves this fact. 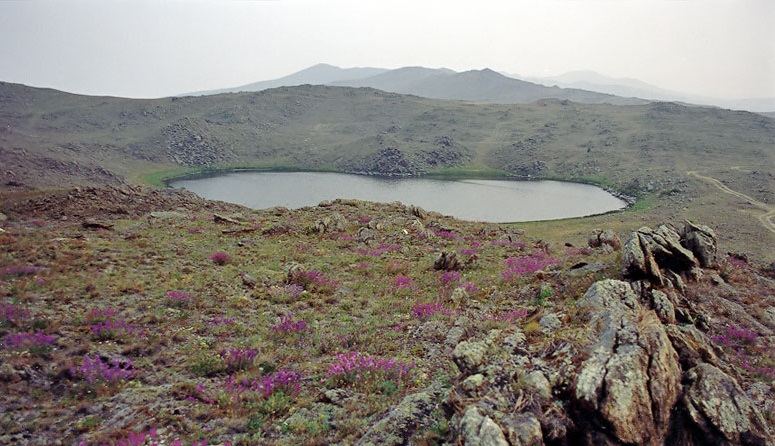 Nuku-Nur (Muku-Nur) Lake is located in the eastern part of the Tangober Bay and is undoubtedly unique. Firstly, this is the only karst lake on Olkhon, with the rock funnel reaching 100 - 150 meters in diameter. Secondly, whereas the majority of the lakes near Baikal are “cut off” from the Great Lake by sand deposits, then Nuku-Nur is fenced off by a rocky ridge. Thirdly, due to the very warm water temperature in summer, a large number of different organisms live in the lake.

However, everyone who wants to personally “touch” the beauties of the Kobylya Golova Peninsula should remember one thing. The cape is a natural monument, a part of the Pribaikalsky National Park, and a traditional place revered by the indigenous people, which imposes extremely respectful behavioral standards accepted on this territory.