Baikal in winter is a separate subject, a separate universe. The lands around the lake are also very special in winter, so during the trip to the “Glorious Sea” one should necessarily visit several places featured by “Key to Baikal” in this article.

The climate of Lake Baikal and its surrounding territories is sharply continental, characterized by hot summers and cold winters. The ice on Lake Baikal has not frozen yet; the temperature on the water is higher than that around the lake, but the majority of people come here for boundless ice floes and the largest natural ice rink on the planet, therefore, when traveling to Baikal, you should not forget about warm clothes. It is not so cold in the cities of Irkutsk and Ulan-Ude offering the easiest ways to the “Glorious Sea”, but they still have some things to be seen.

Irkutsk is an old Siberian city with a rich history and cultural traditions. It is reflected in a significant number of museums where you can see unique exhibits and take part in unusual, peculiar events.

The historic center of Irkutsk is interesting in itself; some places have no sewerage even nowadays. This can happen for two reasons: first, it would be necessary to dig over entire blocks to construct a water supply system, and second, the authenticity of the buildings would be compromised. Therefore, you can see water pumps and people with cans pumping water here and there. The combination of streets designed by the example of St. Petersburg and Paris are of particular interest: these have high stone modernist buildings and wooden streets with the Siberian baroque architecture.

Walking through the winter city center, you should drop in the Museum of Decembrists consisting of two estates with memorial houses of the princes S.P. Trubetskoi and S.G. Volkonsky. There you’ll be able to dive into the atmosphere of the St. Petersburg capital aristocracy in remote Siberia. The reconstructed historical interiors of the houses feature unique memorial relics of the Decembrists: authentic items of the families of the highest aristocracy of the Russian Empire exiled to Siberia. In addition to the peculiar architecture of the estates, in winter you can see the reconstructed home theater of Volkonskys, various fancy-dress events, including dancing parties, receptions, literary evenings in the style of the first half and middle of the 19th century.

Have you ever been to Mauritania? If the answer is “no”, then you can familiarize yourself with the samples of architecture of this exotic African country in Irkutsk. It is especially unusual to see them in winter. The house built in the Mauritanian style is located next to the monument to Aleksandr III, in the same place where the Siberian Department of the Imperial Russian Geographical Society was once located. Now this is the location of the History Department of the Local History Museum, and its display includes archaeological, ethnographic and historical complexes. Tsarevich Nikolai, the great explorer of Asia Przhevalsky, Admiral Kolchak walked up and down the stairs of this building, the latter even saw Irkutsk as the capital of Russia; the house has also seen many other famous people. 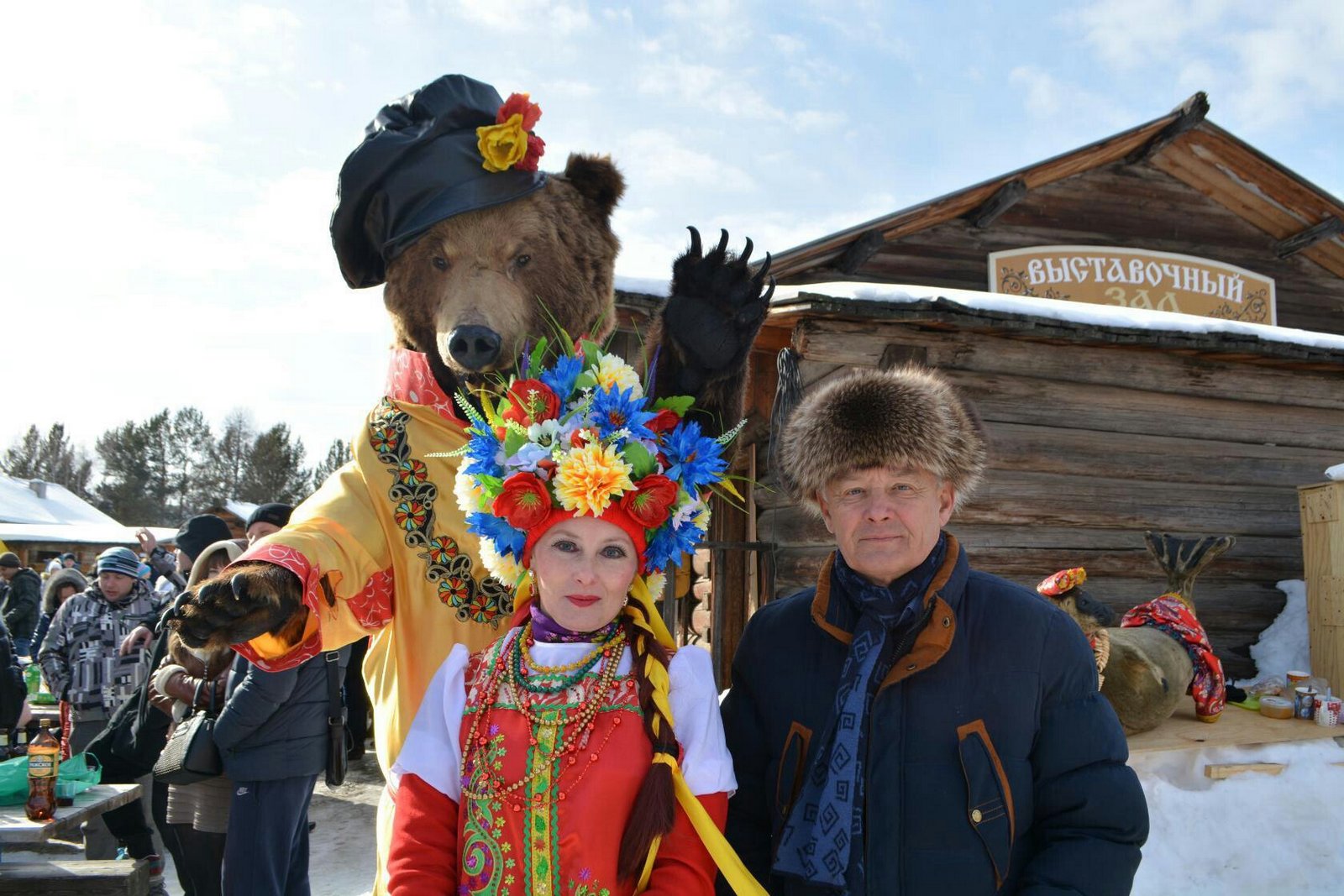 The residents of Siberia tried to make the most of the winter break in agricultural works, not just idling away their time, having fun in active ways. If aristocrats organized dancing parties, then ordinary people used to have fun in the open air more often: they engaged in sledding, constructing snow fortresses, singing carols, etc.

You can learn to know about these traditions and even participate in some of them at the “Taltsy” architectural and ethnographic museum located on the way from Irkutsk to Baikal. The Siberian city of the 17th century is combined with a complex of Evenki and Tofalar camps and a Buryat ulus. Being an open air museum, “Taltsy” amazes with its atmospherity and degree of immersion in different historical periods and cultural traditions. Here you can see the wedding ceremonies of Russian old-timers, listen to the Cossack songs of the conquerors of Siberia and take part in a caroling ceremony. At the very end of winter you can take part in a real battle – an attack of a snow fortress, as well as other Shrovetide activities. “Taltsy” is probably the main museum dedicated to winter, because there is always something to do and something to see during the snowy season. You can see the winter “Taltsy” in the “Admiral” movie telling about the fate of A.V. Kolchak.

Of course, you shouldn’t skip the Ethnographic Museum of the Peoples of Transbaikalia, which is not inferior to the above-mentioned museums in its size. It is located on the outskirts of the capital of Buryatia and is the favorite place of the residents of Ulan-Ude for winter festivities. Being an open-air museum, it includes a Buryat complex, an archaeological complex, a city complex titled “Old Verkhneudinsk”, a Cossack complex, a Russian Old Believers’ complex, an Evenki complex and a small zoo with the animals that are characteristic of the lands located to the East of Lake Baikal. The staff provides several routes through its extensive museum with the opportunity to get acquainted with the culture of Western and Eastern Buryats, Trans-Baikal Cossacks and the descendants of local Old Believers.

Sometimes we want to see summer when it’s cold outside... If this is the case, the Irkutsk Botanical Garden can boast of winter greenhouses with tropical and desert climate. Of course, the Botanical Garden is not precisely a museum, but it turns out to be one, judging by international experience. Anyway, if you go to Baikal in winter, you can visit St. Petersburg, Paris, and hot Africa, so do not miss such an opportunity.