Elantsy: The Olympic Village of Baikal

We keep on acquainting you with the extraordinary villages of Lake Baikal. The new subject of the section will be the village situated close to everyone’s way to Olkhon. The “Key to Baikal” will tell you why it is worth staying in Elantsy for a little bit longer and under which circumstances you should better do this.

A Stop before Olkhon 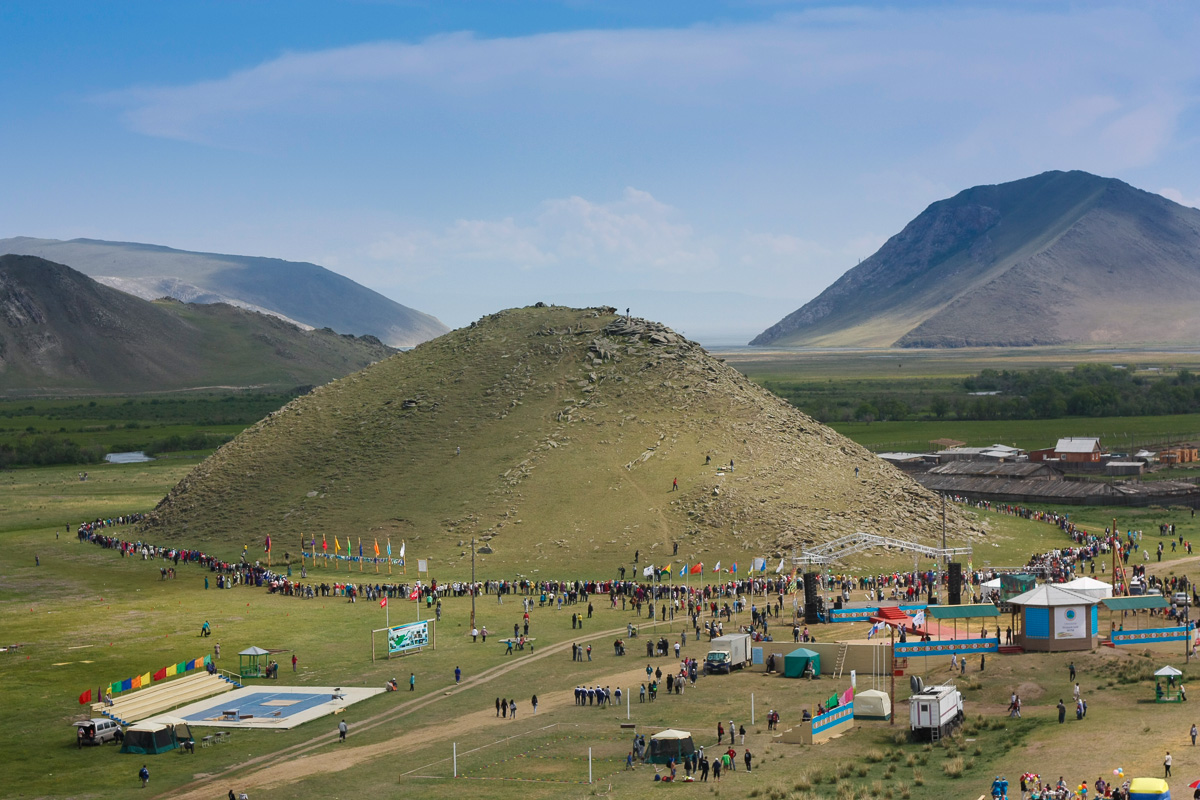 The village of Elantsy is located on the road leading to the most important attraction of Lake Baikal - the island of Olkhon, so all travelers inevitably pass through it. Sometimes buses heading to the coveted tourist destination even stop here. The way from Irkutsk to Olkhon is long, about 300 kilometers, and a little pause is necessary. Usually during these halts tourists can get acquainted with the local Buryat cuisine, because roadside cafes make very good pozas (a sort of local steamed dumplings).

However, we are more interested in Elantsy and the surrounding territory. The village has a peculiar status - it is the capital of Olkhonsky district, although it is not situated on the island. It is situated as far 40 kilometers from Olkhon. Elantsy is a large village with four thousand inhabitants, besides the population is gradually growing.

The village is situated on the banks of the Anga River flowing into Lake Baikal. This is not the largest tributary of the great lake, but it can be listed among the most picturesque ones. Originating in the foothills of the Primorsky ridge, the river descends through various landscapes - majestic mountains, endless steppes and emerald green meadows. If Anga in the upper reaches is a raging mountain stream, then coming closer to Elantsy the river becomes peaceful and calm. Interestingly, you can find rock paintings of ancient people along the river, among the mountains.

The village of Elantsy seems to be sandwiched between the rocks, just like the Anga River. The name of the village is often interpreted as “a hollow”, “a gorge”. The surrounding mountains create a special microclimate. Local climate is considered to be a little warmer here than in the valleys around Elantsy. Local mountains and hills also influence local livestock. When you are in Elantsy, do not be surprised at the cows climbing steep cliffs.

The rocks around the village are very picturesque, especially in the sunlight. As you look at them, you cannot believe that they are real. In the light of the sun, large boulders and stones glow and shine, as if they have been painted.

The famous “Yordynsky Games” are held not far from Elantsy, at the mouth of the Anga River, in summer. These competitions hearken back to distant ages. Probably, even the ancestors of Buryats, Kurykans, were holding tribal meetings here to appease the gods.

The valley thresholded by mountains on three sides and by Lake Baikal on the fourth side has two small mountains looking more like hills or barrows. These are Bolshoy (Big) Yord and Maly (Small) Yord the big and small (also known as Ekhe and Baga Yord).

These barrows of regular shape standing on a flat surface of the valley look as if they were built by some ancient builders; however, judging by the research of scientists, these mountains emerged as a result of squeezing of a viscous volcanic mass coming from the depths of the Earth. Lava gases always expand uniformly in all directions, therefore the top of the volcanic neck is always rounded and even. Hence the regular shape of these mountains.

However, this did not prevent people from worshiping Ekhe Yord as a sacred mountain. The Buryats had been holding their rites and competitions here until the 20th century, although the activities on the Yord Mountain began to decrease with the advent of Russian missionaries in the 18th century. Only in our 21st century the tradition has resumed. Now, the “Yordynsky Games”, in addition to sports and religious practices, include various creative contests, a beauty contest, and even a scientific conference.

The games are held once every two years, and the next event will be held in 2021. They are definitely worth visiting. Where and when will you have an opportunity to see races, archery, traditional Buryat wrestling and the best beauties of the Asian part of Russia and Mongolia in just a few days? According to the rules of the contest, the participating girls must be unmarried, aged 16 to 26 years. In recent years, the participants have included the residents of Irkutsk Oblast, Buryatia, Yakutia, Transbaikalia, Mongolia and other territories.

During the festival you can see very peculiar competitions, such as a competition in shearing sheep (sheepshearers’ competition), team jumps on one leg or throwing stones. In olden days, girls were looking for husbands at these competitions: skilled shearers, strong men and hunters; whereas men could notice the best beauties during these festivities.

The Yordynsky Games attract guests from all over the world. The guests and tourists visiting the Buryat Olympics include Japanese and French, Koreans and Germans. A shaman from Mexico even performed a rite jointly with his Buryat “colleagues”.

The culminating point of the Yordynsky Games, just like in ancient times, is a collective dance around the mountain – “Yokhor”. At least 700 people must participate in this round dance. It is believed that if the number of people is smaller, and the perimeter of the mountain is not fully covered, then it is considered that the games have not really been held.

How to Get There? Where to Stay?

It is best to come to Elantsy during the Yordynsky Games in early summer. However, if you want to see the sacred mountains in silence and tranquility, you can visit these places at any other time. Besides, during the games only shamans have access to the mountains.

Regular buses run to the village, travel time makes up about three hours. If you have a personal car or a rented car, it is even better. Then it will not be difficult for you to travel around the entire Tazheran Steppe and look at other interesting places along the way: the marble quarry in Buguldeika, salt lakes and caves, as well as the Yordynsky Mountains.

You can settle in Elantsy itself, as well as in the neighboring villages. If you stay in the district center, you will not have to worry about the blessings of civilization, because it has a proper infrastructure: shops, a hospital, a post office, and so on.