Buguldeika, the Queen of the Winds, Marble and Instagram

We decided to start introducing the unusual Baikal villages to you. Crowds of tourists do not go there, and locals will be glad to show the most picturesque corners to you. The first heroine of the new section is the real dream of Instagram bloggers - the settlement of Buguldeika.

One Word with Numerous Meanings

“Buguldeika” is actually the name of the river that fills Baikal with water. This river is one of the largest on the west coast, earlier it was even used for rafting of timber from the taiga, taking it upstream. The river valley goes through Primorsky Range of the Eastern Sayan Mountains, and strong winds blow there from November almost until the end of spring.

The mountain wind blowing from the northwest is also called “bulguldeika”. Locals call their settlement "The Queen of the Winds" and consider the wind to be their “brand”. However, it is better to come there in summer, when bulguldeika (the wind) is not very severe.

The first attraction is located in the picturesque river valley: it is an abandoned Buryat ulus. Old wooden yurts overgrown with grass resemble the houses of Vikings. Some of these houses were once given to the Taltsy ethnographic museum. These yurts represent the transition period in the history of Buryats. These nomadic people originally lived in felt yurts, later they began to build wooden yurts - after they began to engage in agriculture. Now Buryats live in the same houses as Russians and other peoples around Lake Baikal. 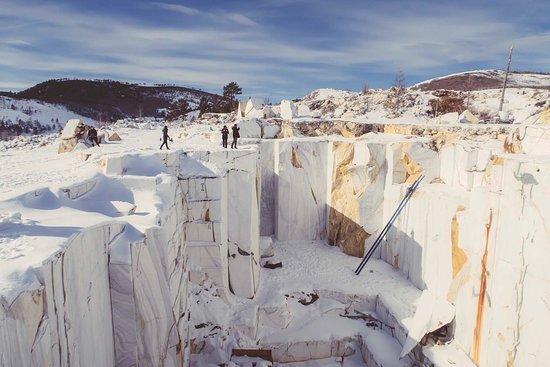 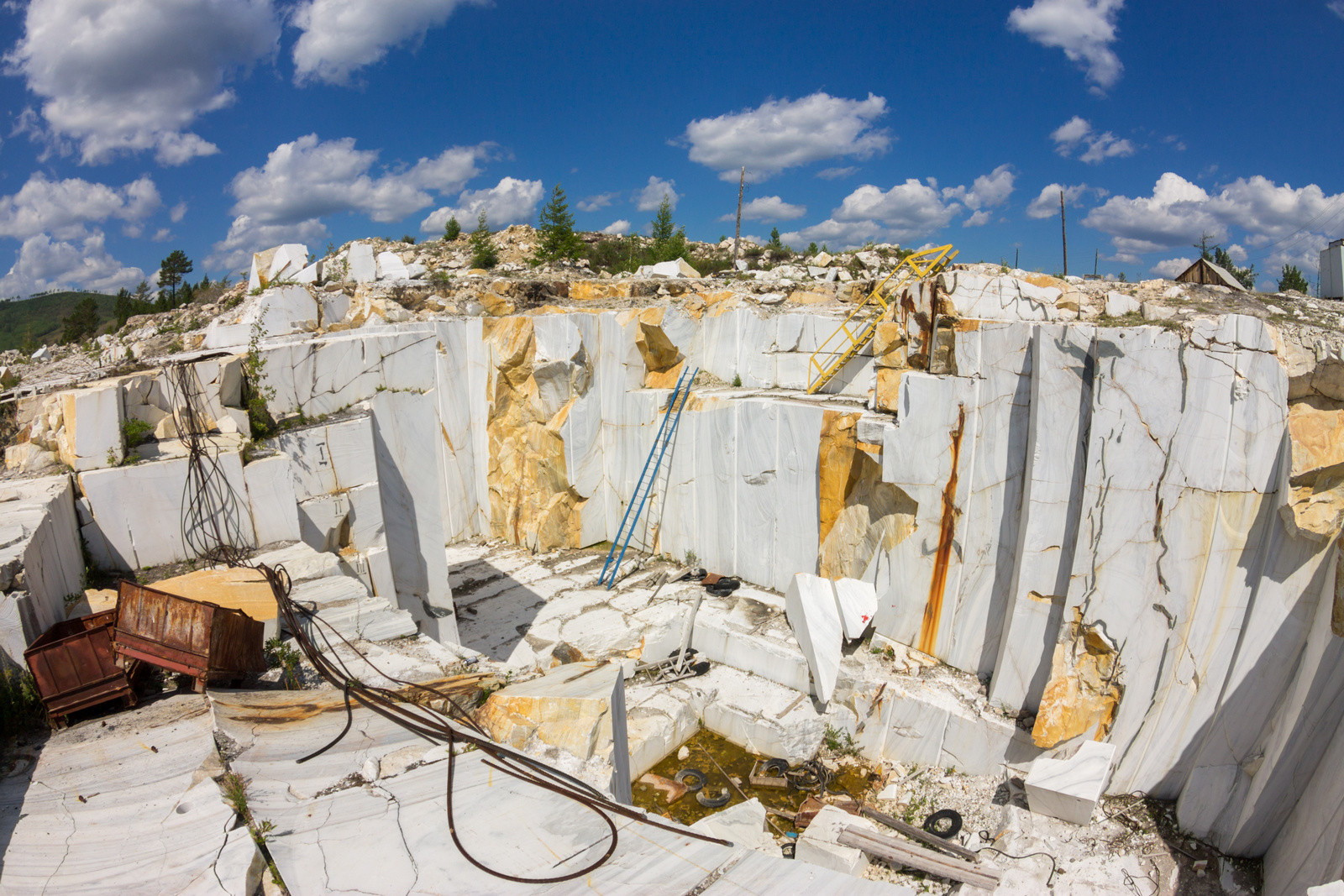 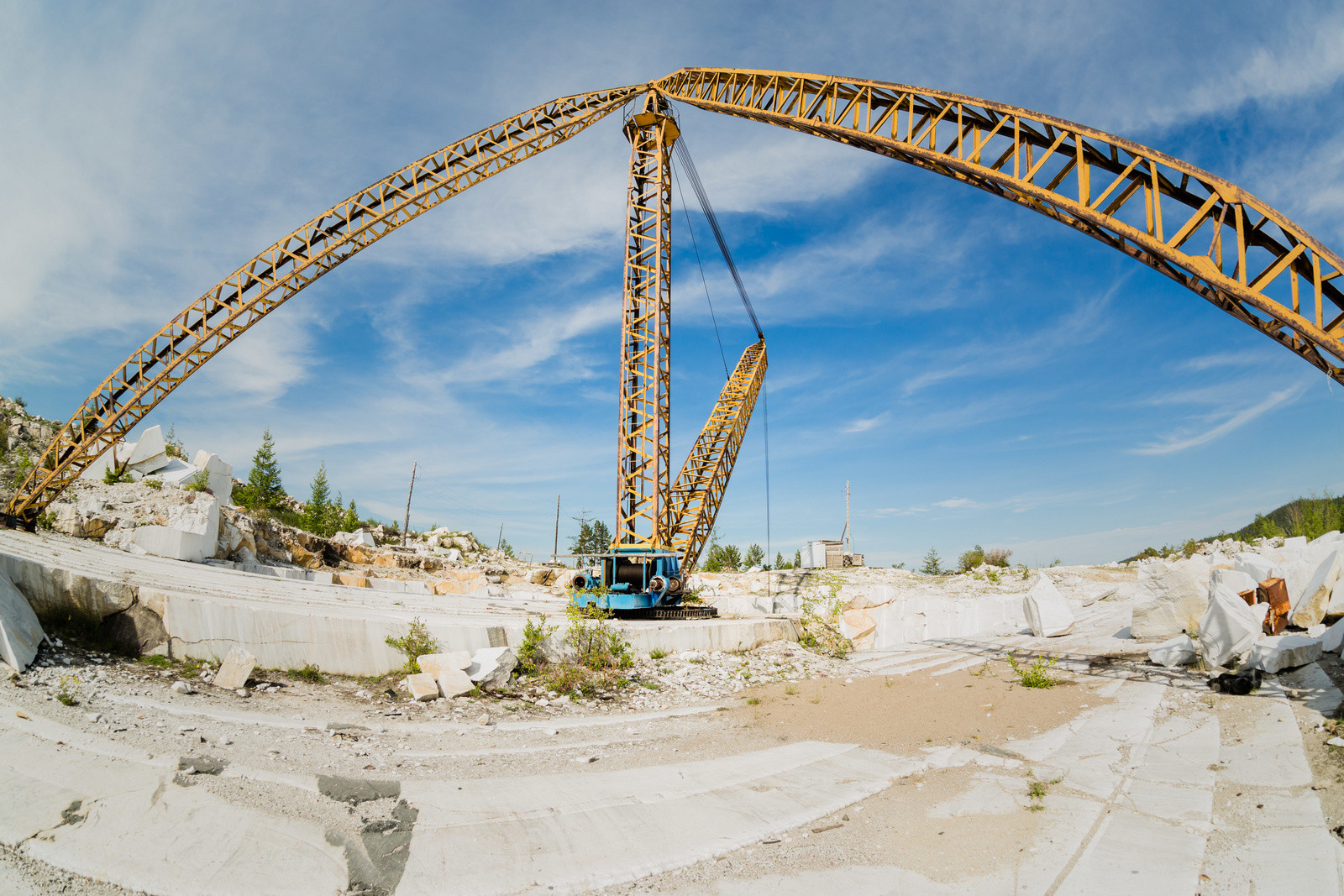 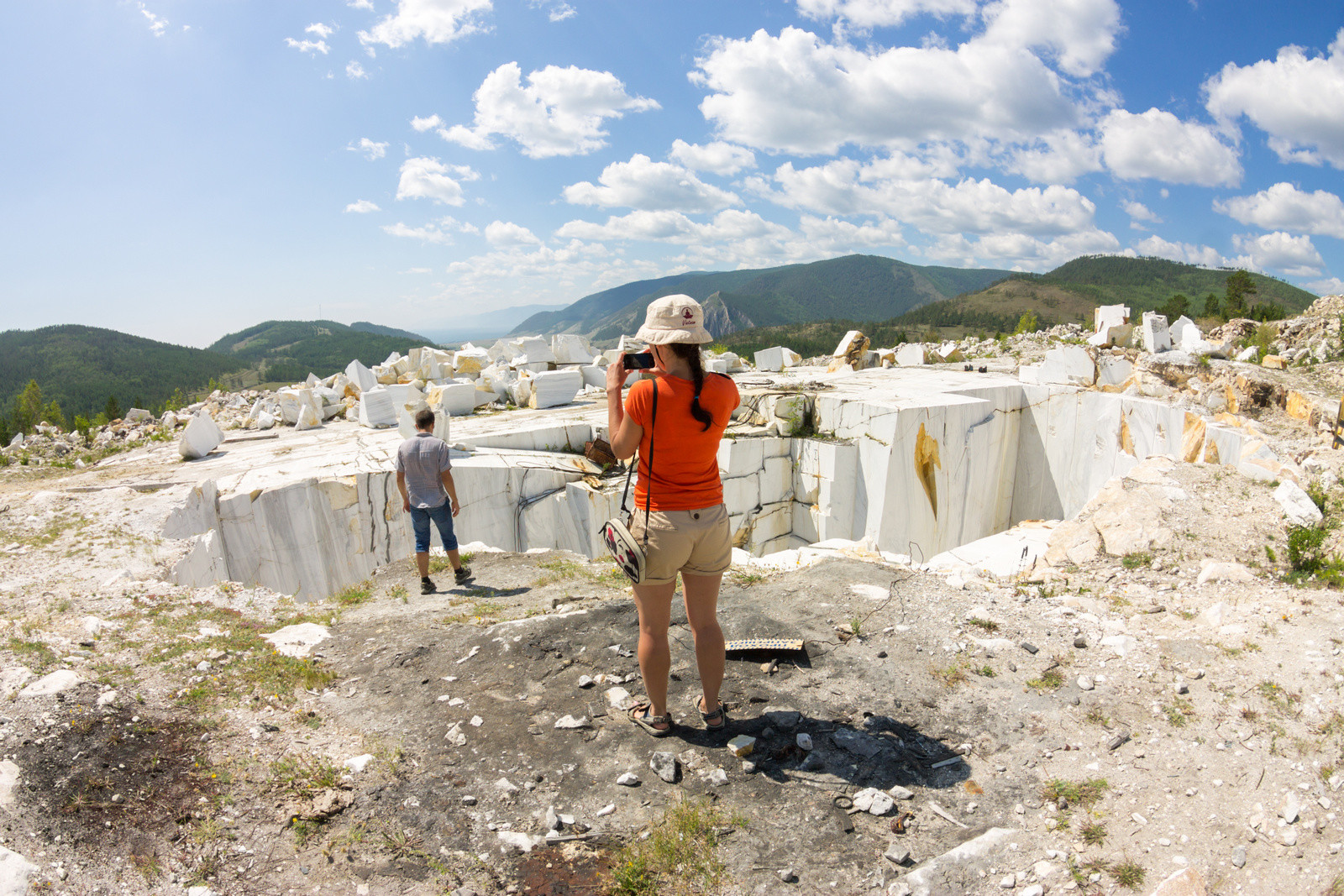 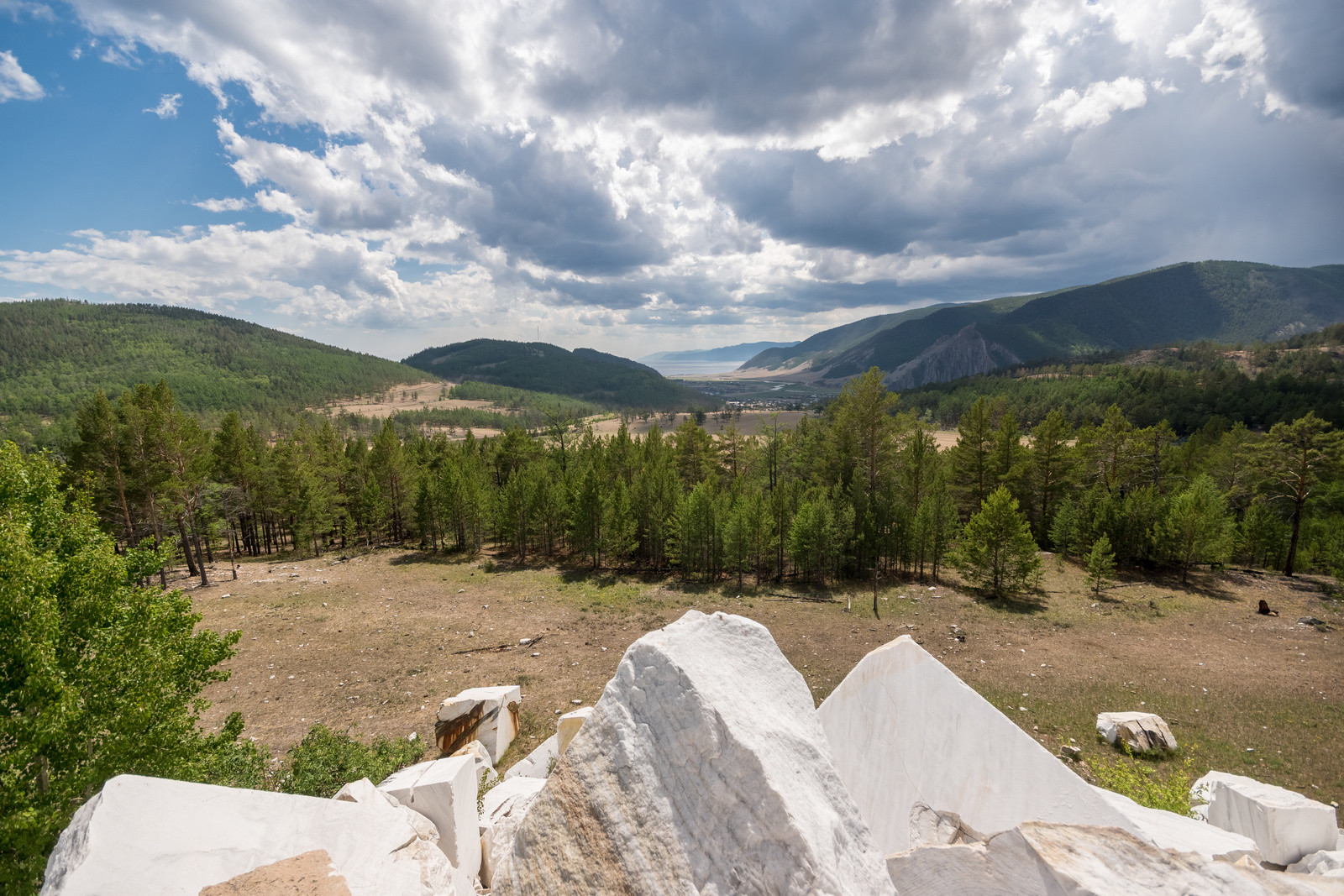 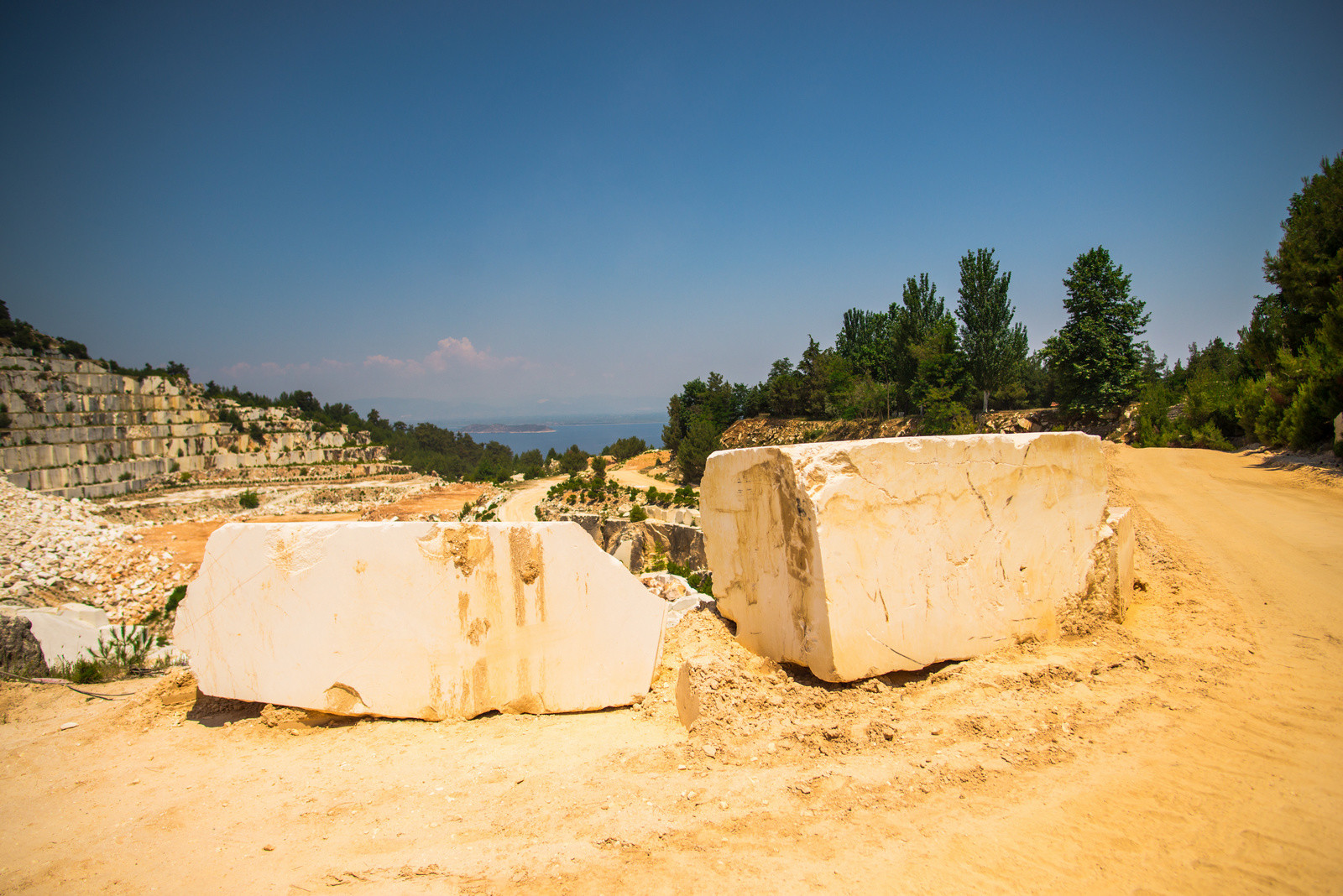 A marble quarry, one of the largest of its kind in Russia, is situated close to the village. Now it is abandoned, no works are being done there, but it is possible to enter the quarry.

Marble from Buguldeika is about 2 billion years old, and it is much older than the ancient Baikal. The distinctive feature of this type of marble is its strong decorative effect, homogeneity, density, whiteness and “softness” of the stone. It can be used to make sculptures since this marble belongs to the statuary category.

The quarry is not very deep, but you should be careful when standing on the edge, don’t forget about the wind! You can go down to the bottom of the quarry by stairs, but the most beautiful photos can be taken only on its top. Giant blocks of marble are scattered everywhere on the territory of the quarry: these include carved pieces and chips.

If you come to Buguldeika in bad weather, it’s no problem. The weather on Baikal changes pretty often, you can wait until you take a decent photo of the marble quarry.

A viewing platform can be found on the mountain near the settlement. This platform offers a magnificent, breathtaking panorama of the beauty and grandeur of the coast of Lake Baikal, the mouth of the Buguldeika River and the Baikal Range. It seems that time stops there, you will definitely want to capture this moment and take photographs.

The surrounding mountainous terrain is an endless resource for photographs: the combination of meadows, mountains, forests with Baikal makes up an interesting composition. Sometimes you can notice flocks of sheep and herds of cows adding color to the landscape.

The mouth of the Buguldeika River and the coast of Baikal are covered with pebbles and are not a remarkable sight. Besides, the water is cold there, so you will hardly be able to swim. Nevertheless, you can get a suntan quickly, just like elsewhere on Lake Baikal.

In addition to ancient yurts and marble, several caves were discovered in the valley of the Buguldeika River. One of the caves located near the village of Kurtun has even a cave painting – the shape of the picture resembles an old shaman tambourine. If you want to get to the caves, you will need a lot of time and effort, as well as some means of transportation.

If you go north along the coast, you can get to the Tazheran steppe where the landscape becomes dramatic due to its asceticism. This land has sparse vegetation and steep rocky capes. Local views are very different from Buguldeika with its woods and meadows. However, Tazheran steppe has also caves and grottoes that can be visited.

You should stay in Buguldeika for at least two days, to be able to see everything in the settlement and around. The village includes guesthouses and even an estate where you can see objects of peasant life and various old and modern local specialties.

Properly speaking, you cannot miss Bulguldeika, since it is a transit point for trekking and off-road expeditions. Besides, rafting on the Buguldeika River and kayaking along the coast of Baikal are also popular.

You can get to the village by public transport from Irkutsk, purchasing a ticket at the bus station. You can depart not only from the bus station, but then the trip will be more expensive. If you rent a car or drive Baikal in your own car, it is important to take a right turn in the village of Bayandai that is famous for its dumplings. Turn right once more near the village of Kosaya Step: after that you will have to drive another 40 kilometers. The total journey duration makes up approximately 220 kilometers and takes 3-4 hours.