Baikal through the Window: the Train Irkutsk - Ulan-Ude

The route Moscow - Beijing is becoming increasingly popular; more and more tourists choose it to see the Great Lake. “Key to Baikal” will tell you about one of the most beautiful sections of this route stretching between Irkutsk and Ulan-Ude.

The tourists traveling across Russia by train usually stop in Irkutsk; this is no surprise, because this city offers the easiest ways to Baikal. Listvyanka and Maloe More are the most well-known places of the Western Baikal, but they are still very attractive and mysterious. It is surely worth to interrupt your trip to Beijing for a couple of days and see the beauty of the deepest and purest lake in the world. Moreover, during the first three days of the road you’ll probably get tired of the endless movement and rhythmic sound of the train’s wheels.

Departure from Irkutsk does not necessarily mean farewell to Lake Baikal. The travelers are going to see the most inspiring views along the entire Trans-Siberian railway. But first things first.

The first half an hour of the travel is not likely to impress you. During this time you will be able to see the suburbs of Irkutsk and Shelekhov, nostalgic industrial landscapes and small villages through the window. Please, order some tea from the train host, make yourself comfortable and get ready for beautiful landscapes. 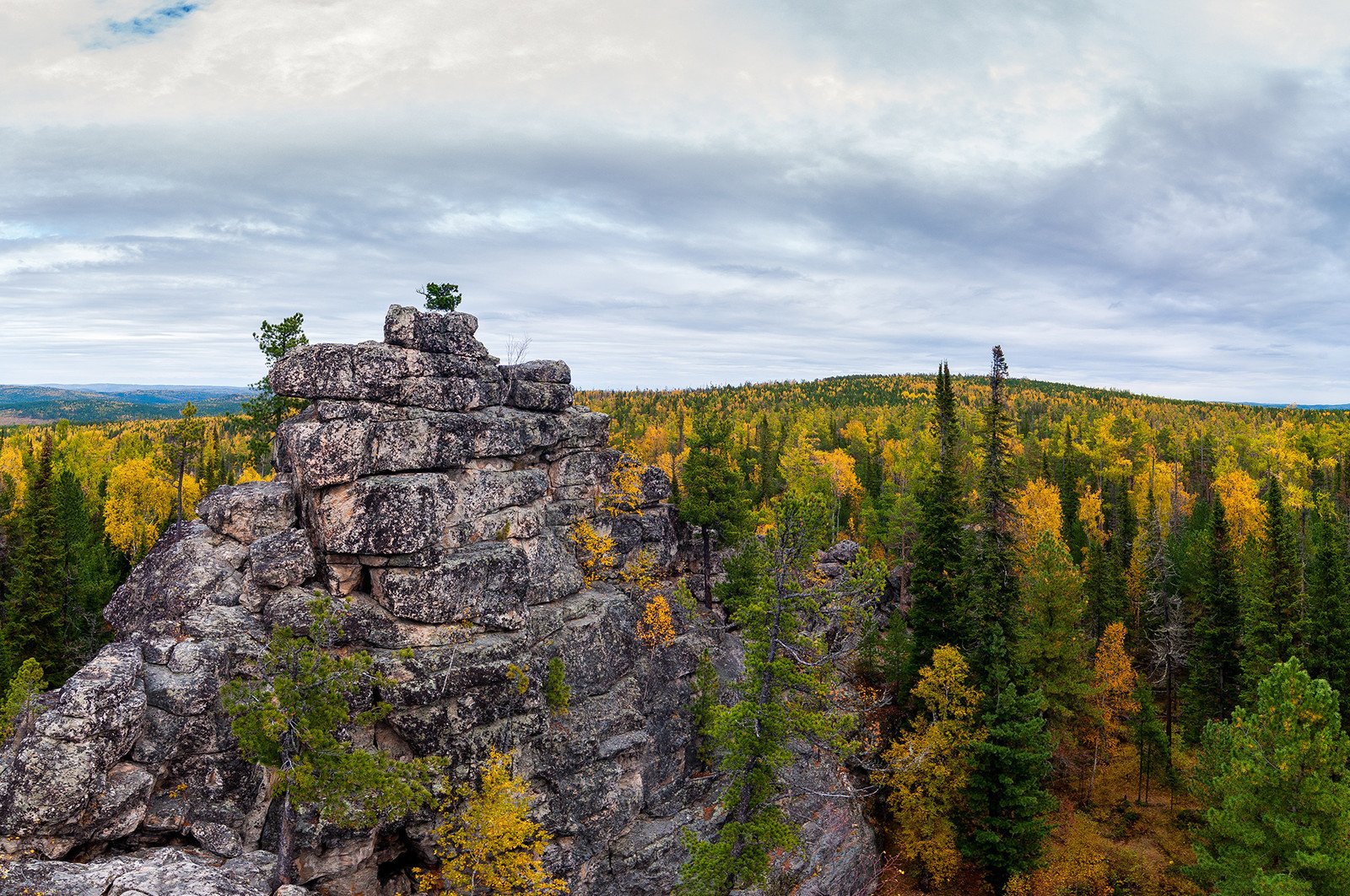 Olkha plateau begins right after the Goncharovo station: the plateau is a part of the ecosystem of Lake Baikal; it is shaped as a triangle and borders on Lake Baikal in the South, on the Irkutsk Water Reservoir in the East and on the Irkut River in the Northwest. The landscapes of the plateau remind of the well-known “Pillars” natural reserve located in Krasnoyarsk Krai.

Olkha Plateau is a wooded hill with the average height of 500-800 meters, abundant in skerries up to 75 m high, the most famous of these being “Vityaz” (“Knight”) (30 m), “Idol” (20 m), “Zerkala” (“Mirrors”) (16 m) and “Starukha Izergil” (“Old Ms. Izergil”) (25 m). In general, hikes to these skerries make up a tourist route rather popular among the residents of Irkutsk. So if you want to stay in this city for a bit longer, be sure to take a look at these skerries.

The southern part of the plateau approaching Baikal comes to an abrupt end at the lake, forming rocky cliffs; the “Golden Buckle” of Trans-Siberian Railway - Circum-Baikal Railway famous for its historical architectural structures - is stretching along the feet of these cliffs. “Key to Baikal” has already written about the history of this unique railway construction and about the places worth visiting, just in case you have time for a separate trip along the Circum-Baikal Railway.

As you approach Baikal, the road along the plateau becomes rich in turns, serpentines and tunnels. The station with the self-explanatory name “Chertova Gora” (“Devil's Mountain”) is the last one on the plateau. The road through the Devil’s Mountain is the most winding and beautiful one. It is time you should take a camera or a camcorder; you can as well just pay greater attention to the things around you, so that to remember the beauty of the lake forever and get enough impressions.

Lake Baikal will not remain unnoticed: the lake is seen from a great height, so you just can’t take your eyes off it. Its view is especially beautiful at sunset when the “Holy Sea” is tinted with scarlet. As the train descends from the plateau to the plain, it passes through several tunnels and sharp turns, being the last difficult sections on the way to Ulan-Ude.

The station of Slyudyanka is interesting due to its beautiful marble railway station. Since the station is a railway junction, the majority of trains stop here. You can buy Baikal souvenirs and local fish delicacies at the Slyudyanka station.

After that the way passes right along the coast, so, if you are lucky, you will be able to see the famous Baikal ringed seals through the windows of the train. The windows on the other side offer the views of the mountainous region of Khamar-Daban with its numerous snow peaks, forests and rivers.

Gradually ascending to the North-east, the train turns to the right and approaches Selenga. At that time you can see the way the landscape changes. The southern coast of Lake Baikal is the most humid place in the Baikal region:  it is characterized by abundant vegetation. At the same time, the territories beyond Baikal are a lot drier. Steppes prevail there, so you can see a smooth earth surface even along Selenga. However, the Khamar-Daban range still accompanies the Trans-Siberian Railway and adds some diversity to the landscape.

Then you will begin to notice the herds of horses, flocks of sheep and herds of cows to the right and to the left of the railway from time to time. There are not very many stations on the way; moreover, trains mostly do not stop at these stations. The latter look unpretentious, but sometimes quite peculiar: some stations were built before the revolution of 1917 and preserved the architectural style of those times; others were built after the revolution and bear the impress of Soviet traditions. 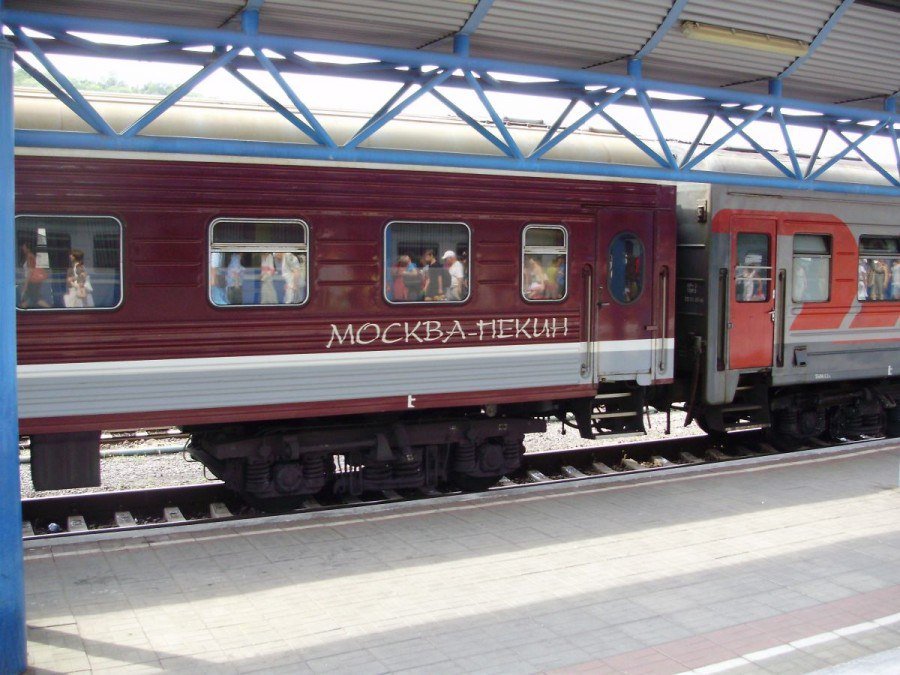 Travelers often go past Ulan-Ude directly to Ulaanbaatar, despite the fact that there are a lot of things to be seen in the capital of Buryatia. More than a quarter of the republic’s population is constituted by Buryats, so the architecture of Ulan-Ude combines European and Asian styles. In addition to Christian churches, you can see many Buddhist temples here, some buildings are constructed in the Mongolian style,  there are even some yurts. Specific monuments and many cars with Mongolian numbers create the illusion of being already abroad. But when you see a huge sculpture of the head of Lenin at the central square (by the way, this head sculpture is the largest in the world), you suddenly realize that you are still in Russia. Ulan-Ude has its own museums, parks, restaurants with national Buryat cuisine (with lots of meat) and even its own Arbat (a pedestrian street).