© Photo credit: Anton Klimov
If you want to get acquainted with the Circumbaikal railway, but you don’t know where to start, start with the most obvious things. Follow the route Slyudyanka-Kultuk-Angasolka. The first of the three railway stations are not only easy to reach. They can also show you a lot of interesting stuff...
Anastasia Yarovaya

You can create a huge variety of tourist routes of various difficulty and remoteness from the main roads on Lake Baikal and around it.

One of the most famous and simple routes at a walking distance from the railway station is the passage through the Circumbaikal railway from Slyudyanka to Angasolka. In winter it turns into the opposite route: from Angasolka to Slyudyanka, because the main part of the passage goes on the ice.

Along the way you will meet three settlements: the town of Slyudyanka that grew out of the ancient eponymous village; the working settlement of Kultuk and the settlement of Staraya Angasolka. 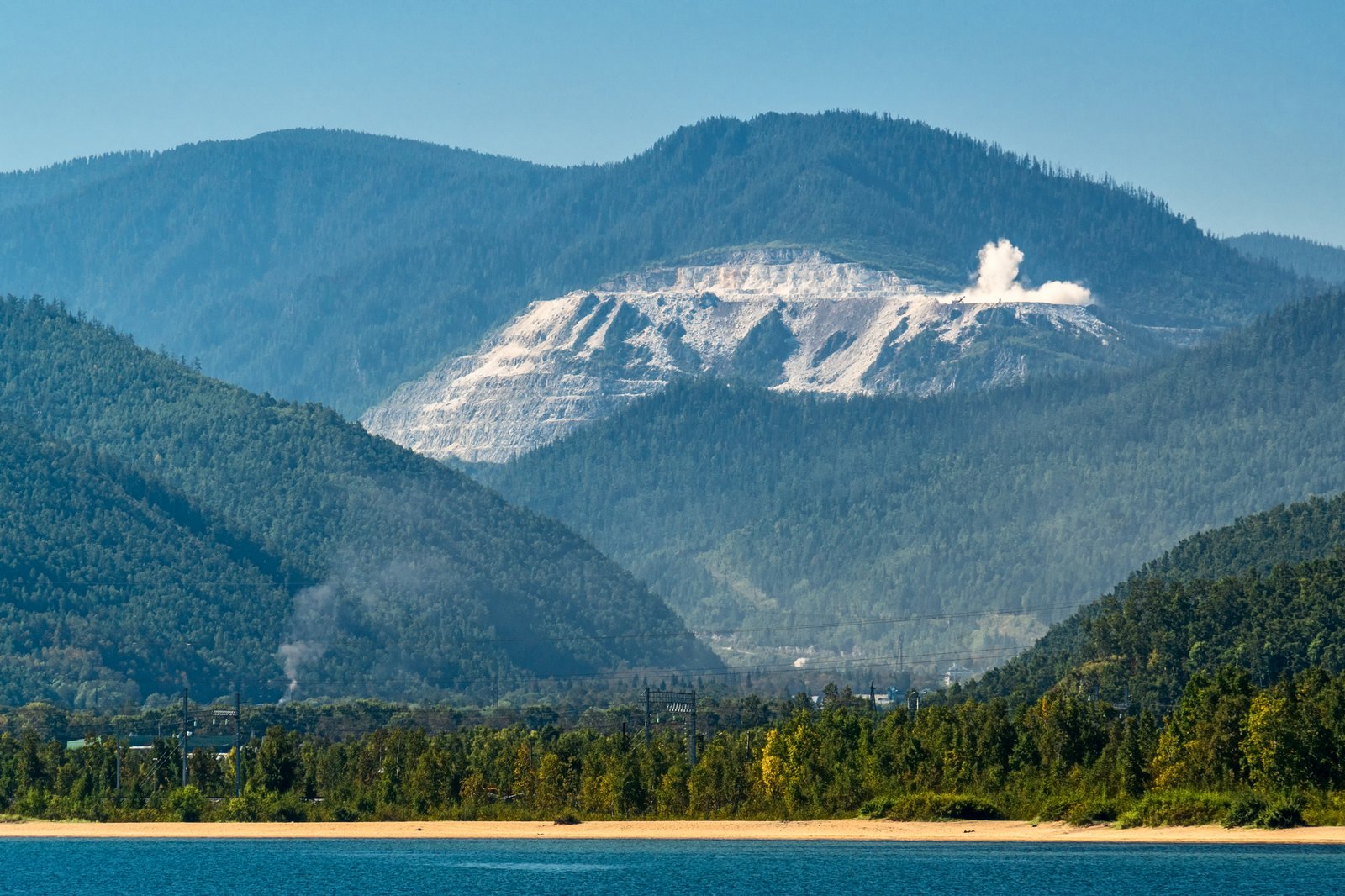 Slyudyanka, like many Siberian towns, began with a jail that was built here in 1647 by the Cossacks led by Ivan Pokhabov. The jail protected the miners from the raids of local Evenks. It stood on the place of the modern Slydyanka just for several years, then it was moved to the place of the district where the village Kultuk is located today, so the jail received the name of Kultuksky.

Only a century and a half later the first winter camp emerged on the place of modern Slyudyanka in 1802. The next important step for the development of the southern Baikal Region was the decision to build the road from Irkutsk to Kyakhta. Then a postal station was built at the winter camp of Slyudyanka. It took off from there. In 1850s the idea of construction of the Circumbaical tract along the Baikal coast was approved: at first it ended in Posolsk and then it was extended to Verkhneudinsk.

In 1899 a land plot for the construction of a railway village was allocated from the land belonging to the Kultuk rural gathering. Thus Slyudyanka winter camp grew into a village. It included the first and second construction sites of the Administration of the Circumbaikal railway. By the way, a small historical intrigue begins here: there are different versions about why it was needed to create a separate railway junction in Slyudyanka rather than to place it in the settlement of Kultuk - the largest Southern Baikal inhabited locality of that time. According to one version, the construction of Slyudyanka was a personal wish of the then Minister of Communication Lines Khilkov. According to another version, the rural gathering of Kultuk refused to allocate a land plot for a railway station: there was very little land suitable for agriculture, and suddenly they heard of the plans to use it for a round-house. Of course, the villagers disagreed.

One way or another, Slyudyanka has appeared on maps since that time. The Circumbaikal railway was strategically important and a costly part of the Trans-Siberian railway, that’s why the construction went fast: the round-house and the Slyudyanka railway station of white marble which later became famous around the world were commissioned in 1904, and a year later trains started to run there.

Anyway, as a result of this, the railway station of Slyudyanka became one of the most beautiful buildings of the Trans-Siberian railway that is worth visiting. Moreover, the building was marvelously restored in the year of its one-century anniversary - 2005.

The road through the Circumbaikal railway begins from the Slyudyanka-2 station. And the first settlement on the way to the port of Baikal is the very settlement of Kultuk, which is older both than Slyudanka and Irkutsk itself. 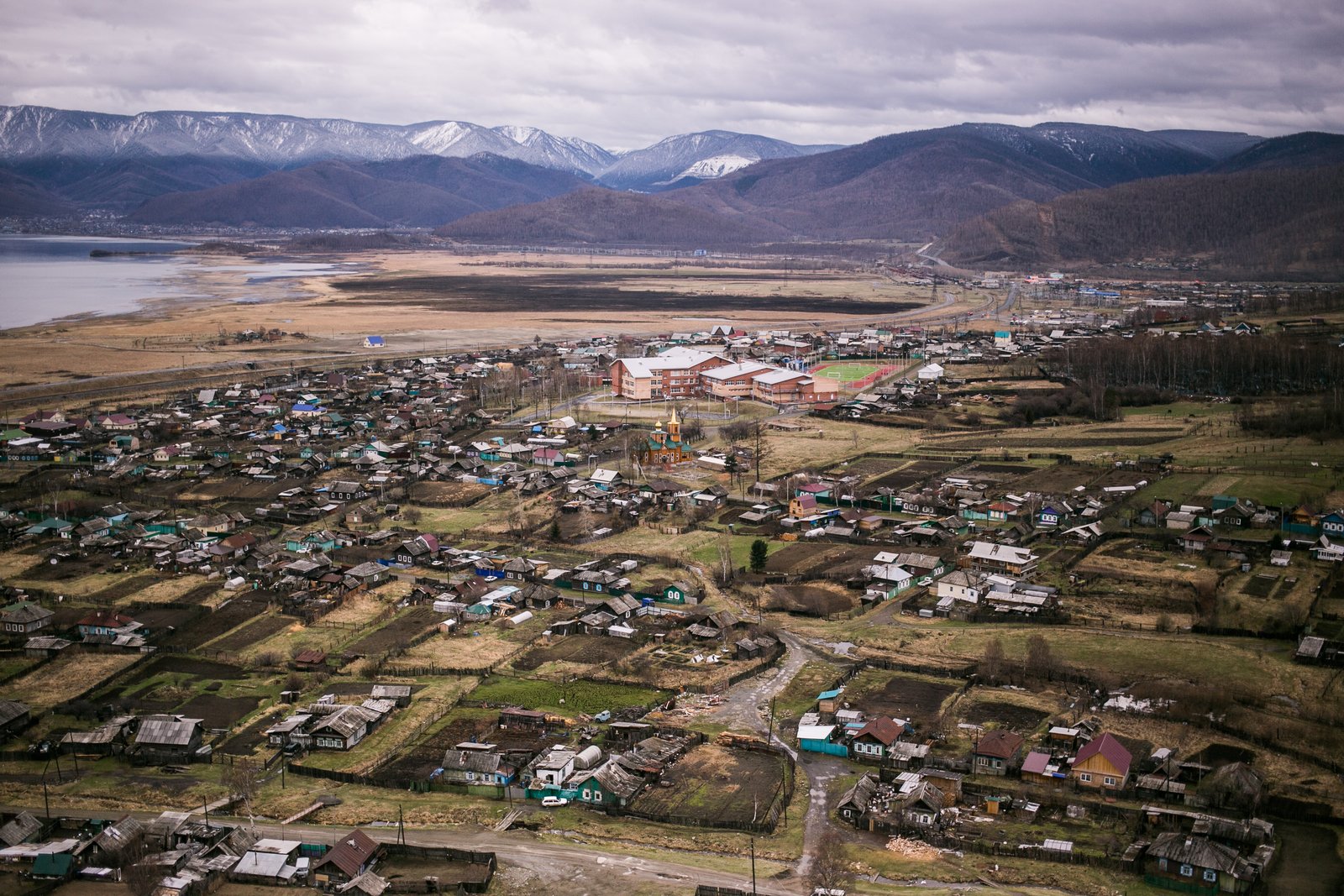 Kultuk in considered the first Russian settlement in the South of Lake Baikal. It was founded with the participation of the same Ivan Pokhabov. The stages of the great way were standard: a jail, a winter camp of Kultushnoe, a village with only three yards ...

Kultuk began to grow with the Decree of the Empress Catherine II as of 1796 concerning the construction of the mail path through the Khamar-Daban Range. That’s why by the beginning of the 19th century the road to Mondy, and further to Mongolia, was laid through the village. The population of the village began to grow due to the inflow of immigrants from the Western provinces, a pier was built on the coast, new houses for settlers were being actively constructed. As a result, there were already 35 yards with a population of 238 people in Kultuk in 1852. At the same time a wooden church in honor of St. Nikolaos the Wonderworker was erected. It burned down in 1887, but was rebuilt two years later. A parochial school opened under its administration.

Famous researchers of hydrology of the Southern Lake Baikal, fauna and flora of the Lake and the coastal Taiga Benedikt Dybovsky and Victor Godlevsky lived in Kultuk in the second half of the 19th century.

A meteorological station, a postal telegraph office, a postal station of the Circumbaikal tract operated in Kultuk in the beginning of the 20th century. Then the village was actively involved in the construction of the "Golden Buckle” of the Trans-Siberian railway.

It is believed that the name of the settlement is of Turkic origin: “kultuk” means an angle, a deadlock, a bay or a gulf. Apparently, the Russian pathbreakers chose this very word as the most suitable for a one-and-a-half-kilometer plot of a lowland at the mouth of the Kultuchnaya River where they decided to arrange a settlement.

Kultuk turned out to be unexpectedly rich in creative intellectuals who were born or lived here in different years. At the same time everyone recall the village on the Southern coast of the Great Lake with unchanged affection. These people include the scientist and traveler, the first researcher of the Southern Baikal Region Erik Laksman, the writers Ivan Novokshonov, Andrian Shulgin, Mikhail Prosekin, the poets Vasily Nepomnyashchikh and Rostislav Filippov; the famous Russian stylist and showman Sergei Zverev was born in Kultuk, too.

You can reach Kultuk both by car and by train. You can exit at the Zemlyanichnaya station – as you descend from the mountain, you find yourself right away at the tracks of the Circumbaikal railway. The next stop is Kultuk itself, if you exit here, you arrive at the settlement. There are few attractions here: the Museum of the Railway Station History and Baikal Lake itself at a walking distance.

After another eight kilometers along the tracks you’ll be in Staraya Angasolka, the last point of our current route.

The name of the village is derived from the Buryat word “ongoso” that means a boat or a ship. The village is relatively young: a railway station appeared there in 1949, and a crushed stone plant was built in late 1950s alongside with a village for its personnel that was named Angasolka. In order to avoid confusion, the village built at the times of construction of the Circumbaikal railway on the coast of the Lake is called  Staraya Angasolka (Old Angasolka) today. There are not many local residents here.

The easiest way to reach Staraya Angasolka is by car or by train. The route includes the following points: Irkutsk - Temnaya Pad station, the rest of the road is to be gone by foot in the direction of Lake Baikal through the broad hiking trail in the picturesque grove of the Temnaya Gorge. The walk through the narrow valley and the forest path takes no more than an hour.

Another way to reach it, as it has been said, is going on foot along railway tracks from Kultuk.

By the way, the most serious battles between the Red Army and the retreating Kappel’s army happened in these places between Kultuk and Angasolka during the Civil War.

The road to Staraya Angasolka and radial hikes from it are one of the most accessible and common ways of learning the Circumbaikal railway. A stone arch bridge across the mouth of the Angasolka River; a single-track gallery located here, at a stone’s throw from the village; the famous Circumbaikal tunnels... You can go hiking to the Obzornaya Mountain from Angasolka. Or you can go hiking along the Circumbaikal railway towards the Sharyzhalgai station, to the monument of nature “Birds’ Colony” – a cascade of tunnels with an exit to the rock mass - the place of nesting of Baikal gulls.

Staraya Angasolka itself has two attractions: the House-Museum of the Roerich Family and the “Angasolka” Youth Mountaineering Camp.

In 1923-1928 Nikolai Roerich together with his family and a team of scientists were performing the Central-Asian expedition with the route passing through Mongolia, China, Tibet, India. In 1926 the route of Nikolai Roerich with his expedition passed through the village of Staraya Angasolka.

As the time passed, someone came up with the idea to create a cultural and exhibition centre on the place of the house where the traveler stayed. In 2002 the reconstruction of the house began, and in June the solemn opening of two exhibition halls was held. Then the third exhibition hall was added, followed by another one.

Today the Museum’s exposition includes not only the works of the Roerich himself, but also the paintings by other authors dedicated to the great teachers of humanity, saints, monks, cathedrals and monasteries. An exhibition of the photographs of the famous family members is presented separately.

The Youth Mountaineering Camp in Angasolka was founded by Grigorii Skaller, the conqueror of Himalayan peaks and unexplored canyons of Alaska, the Chairman of the Federation of Mountaineering of Irkutsk, the winner of the honorary title of Snow Leopard. The matter of fact is that there are many rocky outcrops in the area of Staraya Angasolka. Therefore, the routes of various complexity (from 5B to 7A) have been laid there, regular competitions in mountaineering and rock climbing are being held, and in summer the camp is traditionally full of young climbers who are learning the basics of this courageous sport.

You can continue your journey along the Circumbaikal railway from Angasolka even further, every new kilometer will open new mysteries to the travelers…