“A Scout is a Nature’s Friend”: How Baikal Became the Venue of the First Scouts’ Camp in Russia

© Photo credit: www.depositphotos.com
The author of “Key to Baikal” has written about the way how Baikal became the favorite summer ground of scouts in Russia and about how to protect the lake, as well as about the territories that were primarily conceived as the scouts’ ground already 100 years ago.
Первый Байкальский

My childhood has passed in the Soviet Union. Then we all wore pioneer ties, sang such songs as “Let the bonfires of  blue nights burn” and “Potatoes”, played “Zarnitsa” sports competitive game, collected waste paper ... “Pioneer is  an example for all children” was an indispensable slogan, while a scout meant a fat “bad boy” who helped the enemies of the socialists’ bright future .

Until I became a scout leader myself, it did not come to my mind that long before the issues of environmental safety and environmental education were recognized as first-order problems by the human community, it was one of the most famous children’s and youth organizations of the world, the scouts, which had the basic law: “Scout is a friend of animals”, among other things, back at the beginning of the 20th century. And the serious task of the leaders who were meant to facilitate the process of “growing up” of boys and girls was to “teach” the young people to live in harmony with themselves, the surrounding society and nature, take care of their own health.

Irkutsk scouts were lucky. They had a unique opportunity to test their theoretical knowledge and implement it into practice: the proximity of Lake Baikal. The coast of the lake became the first and the most popular scouts’ summer ground. 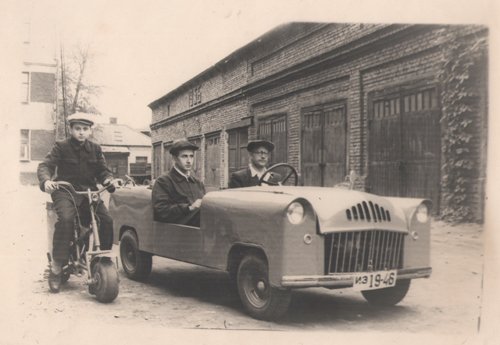 Both in those early years and now the success of scouting directly depended and still depends on the personalities of leaders, their ability and desire to work with children. The man of exactly this kind was Aleksei Plakidovich Demyanovich. He was not born in Siberia, but after he came to Irkutsk where he began to teach history and ancient languages, he came to faithfully love this land.

The interests of Aleksei Plakidovich extended far beyond his professional duties. He did not just love, but also knew the Siberian nature pretty well. He built a motor boat called “Dolphin” together with a carpenter; the boat was the means for A.P. Demyanovich and his friend Golovshchikov to sail around the entire Baikal in 1910.

It is notable that when you start writing about interesting persons, other unusual figures suddenly appear next to them - they are attracted to each other by a common attitude and interests, especially in provinces. Therefore, it is no accident that Aleksei Plakidovich used his boat to help the Professor Vitaly Cheslavovich Dorogostaisky in his research. To let you understand the scale of this personality, we’ll simply list several facts.

Vitaly Cheslavovich is a Siberian, the son of a Polish political convict, an outstanding scientist, biologist, geographer, a member of the East Siberian Department of the Russian Geographical Society (ESDRGS), a member of the Academy of Sciences for the Research of Baikal, a participant of numerous expeditions, a famous explorer of Baikal, Angara and the mountain lakes of Khamar-Daban.

He, a native of Tulun, became the founder of the whole new scientific direction - Baikal Science, the organizer of the first animal breeding ground in the country and the Zoological Museum of the Irkutsk State University, the author of more than 50 scientific works connected with the study of fauna and flora of Lake Baikal and adjacent areas, the founder of the hypothesis of the evolutionary youth of the Baikal endemic fauna and rapid rates of its speciation. Vitaly Cheslavovich went down in history as the founder of the Baikal Biological Station in the settlement of Bolshie Koty, which, in many respects, was due to the financial assistance of the Irkutsk sponsor- millionaire N.A. Vtorov. Namely in gratitude for his help in creation of the Station the Professor V. Ch. Dorogostaisky named one of the crustaceans represented in Baikal by the name of Aleksei Plakidovich Demyanovich. According to the memories of his son - Boris Alekseevich Demyanovich: “Before V.Ch. Dorogostaisky constructed his special first scientific research vessel on Lake Baikal – the sailing-motor boat “Chaika” -  my dad had helped him on “Dolphin”. In gratitude for this, one of the species of gammarids discovered by Dorogostaisky was called “Demyanovichus”. Just like many representatives of the Irkutsk intellectual class, Aleksei Plakidovich was interested in the problem of raising the cultural and educational level of the region’s population. Against the backdrop of his diverse interests, the appeal to scouting was not accidental.

As we have already told, the very first camps of Irkutsk scouts were organized at Lake Baikal. The son of A.P. Demyanovich told me that one of the camps (he dated it from 1919 to 1921) was located between Listvyanka and Koty, in the so-called Srednyaya (“Middle”) Gorge. The scouts appealed to citizens of Irkutsk with a request to assist them with the acquisition of the boat in May 1917, since the own funds of the detachment were not enough. Two “setovka” boats (big Baikal boats with sails) rented by the scouts were used by them to sail 8-9 kilometers on oars or under square sails from Listvyanka to the camp. At that time there was a wooden house in that place, but they lived in tents, cooked food on bonfires in large cast-iron pots. By organizing summer camps A.P. Demyanovich tried to impart his love for Baikal and travels along it to these children. The scout leaders of Russia had an example of arrangement of similar camps, moreover, a well-described one. Indeed, the founder of Scouts’ Movement R. Baden-Powell presented the generalized experience of arrangement and program scope of the famous first scout camp on the Brownsea Island in Great Britain (1907).

Each participant of the camp should master the art of living in the forest, without doing harm to nature, as well as mutual assistance, observation, restraint, check his/her skills acquired in the city. 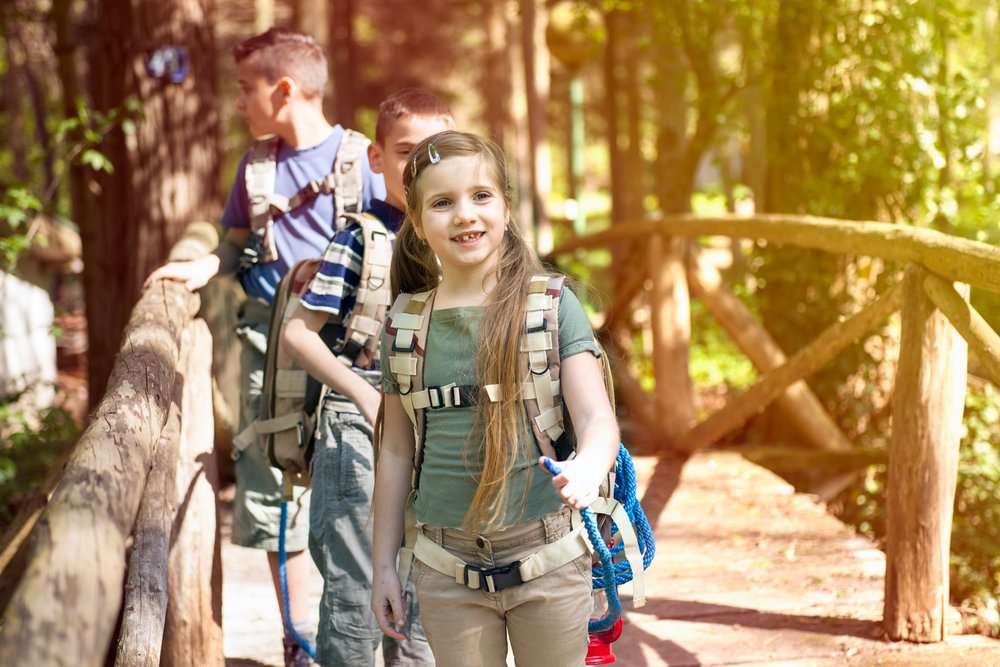 The variety of competitions and contests included a large part of events that would be called “environmental activities” now.

The guys practiced in tracking, developed observation, learned to build smokeless bonfires, knit knots, built useful objects for forest life without a single nail with the use of ropes. Collective (patrol) competitions were, for example, competitions for the best herbarium, but the children liked the individual competition for the recognition of animal traces most of all. They enjoyed playing “Deer-trail” where one boy, “a deer”, hid somewhere, leaving almost invisible traces-marks in the forest, and the rest of children had do find out his location by these marks.

The first scouts’ camps on Lake Baikal were the last ones for the following 70 years. Still, we cannot end this story without mentioning the fate of its main characters - AP. Demyanovich and V.Ch. Dorogostaisky. Unfortunately, in this case, we can use the common phrase about “the tragic fate of the Russian intellectual class in the Soviet pre-war period”.

What about Aleksei Plakidovich, the question arose about the organization of pioneers after the Civil War. The authority of A.P. Demyanovich among the children’s movement of the Irkutsk province was very high; and the means for its neutralization by the Komsomol (Young Communists) organization impressed with its eccentricity: Demyanovich should “be excluded from the Provincial Bureau and asked to move to another province”. Of course, it is unlikely that this decision influenced the fact that in 1924 Aleksei Plakidovich moved from Irkutsk to Vladivostok, and then moved to Moscow Oblast. On March 26, 1938 he was arrested as a Japanese spy. On July 29, 1938, the Commission of NKVD (People's Commissariat for Internal Affairs) and the Prosecutor's Office of the USSR pronounced a sentence, but Aleksei Plakidovich did not recognize himself as guilty. On September 10, 1938, he was shot at the infamous Butovo shooting ground of NKVD near Moscow. He was rehabilitated on July 7, 1958 due to the lack of the corpus delicti.

Dorogostaisky V.Ch. was actually the Head of the Zoological Department of the Irkutsk State University until 1937. He was awarded the degree of Doctor of Biological Sciences without defending a thesis, on the totality of scientific works and scientific achievements (1935). But in July 1937, after a conflict with the Rector of the Irkutsk State University, V.Ch. Dorogostaisky moved to Alma-Ata, where he headed the Department of Zoology of the Kazakh State University. In August 1937 Vitaly Cheslavovich was arrested, charged with cooperation with the Japanese intelligence service, connection with the intelligence service of Germany, cooperation with the emigrants’ headquarters of the Russian All-Military Union. In November 1938 he was shot. On October 8, 1957 V.Ch. Dorogostaisky was rehabilitated by virtue of a decree of the Military Tribunal of the Trans-Baikal Military District.

And the scouting was revived in Irkutsk in the early 1990s, continuing to develop the ideas and traditions of its predecessors. One of the most important fields of work was undoubtedly the unit “Me and Nature”. It has been implemented both through mastering a a series of scouting specialties (“Forest Expert”, “Local Historian”, “Animal Friend”, “Forest Defender”, etc.), for mastering which the children received special distinctive marks, and through participation in seasonal scout camps, first of all, summer camps. The following saying was very popular: “A scout’s life is one month of the camp and eleven months of preparation for it”.

Back in 1992 the Irkutsk scouts got the name of their summer camp: “Wanderer” (“Strannik” in Russian) which has survived from old times until now. And the programs invented for our beloved “Wanderer” have always been connected with Lake Baikal, its history, nature, preservation: “Baikal Klondike”, “The Fairy-tale of Baikal”, “Baikal Wind” ... And the sound of guitars is still heard at the scouts’ bonfires every year, the boys and girls quietly sing the song which has been loved by scouts since long ago (the translation of the lyrics from Russian is given below):

The wind of Baikal:

From the left and from the right,

From the south to the north,

A new meeting with you