5 Things Every Ecotourist Should Do at Lake Baikal

Baikal is one of the few places in Russia where a tourist caring about the environment really has things to do. We will tell how you can combine the useful with the pleasant: have a rest on the most incredible Lake of the planet and not to do any harm to it.

Help Making One of Environmental Trails

“The Great Baikal Trail” project is always waiting for volunteers willing to help in the construction of new trails on the territory of the nature reserve lands of Baikal. These projects often last for two weeks. Volunteers live in tents and cook food on fire by themselves. Various activities are carried out on working days: cleaning and reconstruction of trails, building of structures, collection of trash and many things more which help to build new routes at Lake Baikal. On weekends you can go hiking, sightseeing or just relax and enjoy the fresh air and nature of the Lake.

The uniqueness of this journey lays in the fact that the trails are most often built on totally wild, unspoiled territories, so this is a rare opportunity to see the real Baikal in the places rarely visited by tourists. 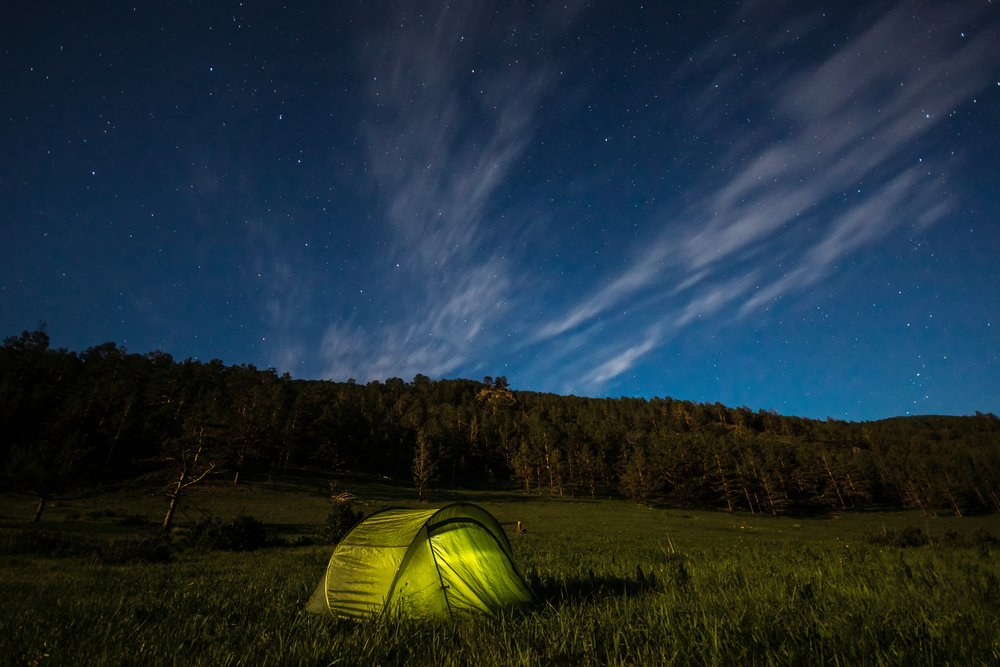 This adventure is meant for real romantics: to observe the starry sky of Baikal. You won’t see such stars like here anywhere else! This is the best place to study the celestial map of the northern hemisphere. Only on several days of a month you can observe a unique picture in the sky - deep space: several nights before the new moon and several nights after it. Bright moonlight does not interfere with observations on such nights, so it is possible to see star clusters, nebulae and galaxies.

The Observatory of the Irkutsk Planetarium arranges excursions to the taiga, so that everyone could enjoy this sight. Observations are carried out at the 72nd kilometer of the Kultuksky Tract near the village of Glubokoe at any time of the year, because the sky above Lake Baikal is different every single time!

The Baikal Reserve organizes the excursion titled “Into the Depth of Khamar-Daban” during the snowless period (May-October). This route is designed specifically for those who are interested in a closer familiarity with the unique fauna of Lake Baikal.

Approximately 15% of all known plants can be found only here.

These include as well the representatives of ancient flora with virtually one plant of each of them surviving until today.

This route is equipped with a pedestrian trail, staging posts, winter houses and recreation places. Water obstacles and almost impassable sections of the route are provided with ferries, log roads and bridges; one of the main attractions of the route is the Osinovsky Waterfall with its height reaching 3.5 m.

It is also a unique opportunity to see the famous ridges of Khamar-Dabanan, the most ancient mountain ridge in the world. Extreme sports lovers come here in winter; in summer it is an ideal place for trekking and relaxation far away from civilization.

Watch the Birds of Baikal

Many natural reserves of Baikal organize special bird watching tours for those who are wondering how birds live in their natural habitat. The staff of the reserve will show you the places of mass concentration of swimming birds and help you to learn the rare species of birds.

The Baikal Natural Reserve is inhabited by around 250 species of birds belonging to 19 orders. Doubtless, the species of Siberian fauna dominate, but at the same time there are some European and Arctic species here.

The reserve also arranges annual volunteer programs - anyone can participate in those. Volunteers shouldn’t necessarily have to be ornithologists with working experience - they can be people with a hobby of watching birds. The list of the volunteers’ duties typically includes economic activity, help in checking traps, learning the skills of birds banding and measurement, etc.

All-Russian volunteers’ eco-marathon En + Group “360 Minutes” is held every year after the end of the season at Lake Baikal in early September, the marathon has developed out of the movement titled “360 Minutes for the Sake of Baikal”. During six hours the volunteers are involved in trash collection and improvement of the protected areas of Lake Baikal in order to save the picturesque natural places.

The volunteers of the “360 Minutes” movement have raised, dug out, and even pulled out the trash of the volume of 180 thousand cubic meters from the bottom of Lake Baikal over the five years. After the movement events had been held, the trash was disposed of and partially processed.

In 2016 the project involved over 12 thousand people. The movement was supported by such famous people as the Governor of Irkutsk Oblast Sergei Levchenko, scientist-biologist Nikolai Drozdov, TV presenter Aleksandr Pushnoy, singer Glukoza, and others. Such projects provide a unique opportunity to come to Lake Baikal and not only see the beauty of this place, but to help in preserving it for future generations.