Protecting Baikal: the History of the Baikal Nature Reserve

© Photo: Key To Baikal
Today our colleagues and good friends from the Baikal State Natural Biosphere Reserve are celebrating the anniversary of their institution. We congratulate our colleagues and tell our readers about the history of one of the most beautiful reserves of our country.
Первый Байкальский

On September 26, 2019 people celebrate the 50th anniversary of the foundation of the Baikal State Natural Biosphere Reserve situated on the lands of the Republic of Buryatia and covering both the mountain areas of Khamar-Daban and the coast of Great Baikal.

Such a long name of the reserve is not accidental. The complexity and relevance of the problems of nature conservation in late 20th century were gradually perceived by the governments of the majority of states and international organizations.

The Council of Ministers of the RSFSR approved the decision of the Main Administration of Hunting of the RSFSR to organize the Baikal State Nature Reserve in 1969.

In early 1970s, a series of programs were adopted at the UN level; the participants of these programs outlined the idea of ​​creating biosphere reserves for the purpose of preserving natural ecosystems and genetic uniqueness of biological species of the fauna with each species being the result of the long-term process of evolution. The idea also included the works on the study and monitoring of the natural environment on these territories and in adjacent areas, transforming them into some reference areas of certain natural zones with a thorough study of possible consequences of human activities. One of the ways to create biosphere reserves included the use of the already existing protected areas.

The Baikal Reserve successfully “fit” into the above-mentioned concept, and in 1986 it was included into the international system of biosphere reserves, having become a reference territory for assessing the impact of aeroindustrial emissions on forest ecosystems where the protection of unbroken cedar forests was recognized the most important task.

Today, the reserve is not only an integral part of the UNESCO World Network of Biosphere Reserves, but also a World Baikal World Heritage Site, as well as member of the International Alliance of Protected Areas since November 2018.

A logical result of active scientific study of Lake Baikal in the 20th century was the fact that scientists expressed a thought about the urgent need to protect the unique nature of Lake Baikal and its coast, which was the easiest to implement within the framework of allocating some of these lands to the reserve. It is believed that the initiators of this rather important process were the representatives of the Irkutsk State University who thoroughly knew these places where they walked many times during their botanical expeditions.

The fateful moment for drawing attention to this sore point was August 1958. They began to actively and ardently discuss a number of topics directly related to the fate of Lake Baikal at a conference on the development of the productive forces of Eastern Siberia held in Irkutsk. These topics included the project of deepening Angara, which could lower the level of the lake by 5 meters and have a destructive effect; the construction of pulp and paper mill and its negative impact on the nature of the region; as well as the creation of a reserve within the 15-kilometer coastal zone - as a response to the intention to involve the resources of Lake Baikal into large-scale economic use.

After that an absolutely open campaign for the protection of Lake Baikal began, which was extremely unusual for the post-Stalin Soviet country. It will just suffice to mention the headings of articles in March, April, and May 1959 in the “Literaturnaya Gazeta” newspaper after the publication of the article by the writer Franz Nikolayevich Taurin titled “Baikal Must Be a Reserve” therein on February 10: “Predicting All Impacts”, “Preserving the Flora of the Baikal Region”, “We Require to Turn Lake Baikal into a Reserve”... 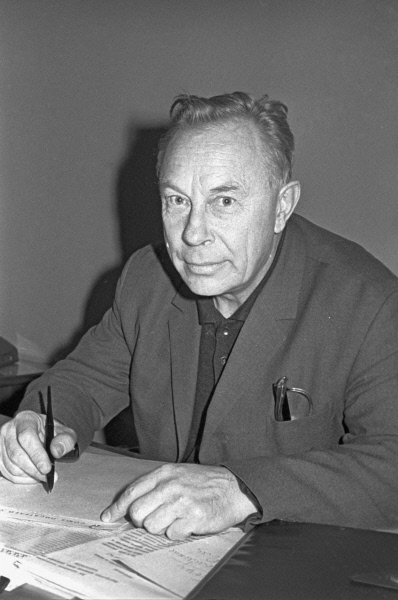 Particular attention should be given to the signatories: academicians, professors, writers...

... Besides, the authorities reacted in the way that was impossible to even imagine five years ago: they prepared an official response to the newspaper, thus the public learned that “the USSR State Planning Committee of the USSR familiarized itself with the speeches of scientists and experts in “Literaturnaya Gazeta” and considered their proposals on the need to protect the fauna and flora of Lake Baikal to be correct”.

Scientists, writers, journalists were unable to win back then, and they simply could not hope that this would really come true. But a certain compromise was reached: the production of cord from Baikal paper pulp was transferred farther - behind the Urals; besides, the pulp and paper plant began to build the most advanced waste treatment facilities for that time; the issues of the lake’s were noticed by academic and university scientists.

The Steps on Creation of the Baikal State Reserve

The next step was the proposal of the researcher of Lake Baikal, scientist, writer Oleg Kirillovich Gusev and the well-known biogeographer, doctor of sciences, conservation expert Andrei Aleksandrovich Nasimovich about the creation of an environmental structure on the lake, which was completely new for the USSR: they proposed to create a national park, whereas our country, unlike western countries, had only nature reserves and reserves at that time.

This idea was further developed in 1965, when Innokenty Petrovich Gerasimov, the most prominent scientist, academician, creator of a fundamentally new scientific school of constructive geography, returned to its implementation. His research was aimed at nature transformation and the rational use of natural resources under the conditions of a socialist economy. Therefore, it was not surprising that the applied aspect, not the environmental one, was the most important: Gerasimov voiced the idea of ​​creating a “natural factory park” that would make it possible to use such a valuable resource as the purest waters of the lake for high-tech industrial processes. The scientist insisted on recognizing the area of ​​the Baikal Basin a zone with a special regime of the use of water, land and forests, and strict regulation of economic activity. The implementation of such complex tasks could only be accomplished by a specialized national park.

The design project of the territory protected by the state became a reality in late 1960s. On July 5, 1968, the Council of Ministers of the Buryat Autonomous Soviet Socialist Republic adopted the Decree No. 247 “On the organization of the Baikal State Reserve on the territory of the Buryat Autonomous Soviet Socialist Republic”. This document was approved at the level of the RSFSR in September of the following year.

An opinion is expressed that the Baikal pulp and paper plant put into operation in the autumn of 1966 was the catalyst of that activities; because the harm of the plant to the lake’s ecosystem was already clear even then.

The borders of the reserve were expanded, and its status was changing. Since 1985, the management of the Kabansky Nature Game Reserve, (Altachaevsky Game Reserve from 2011) has been transferred to the Baikal State Natural Biosphere Reserve.

To Protect the Sacred Sea, its Coast, Waters and Forests... 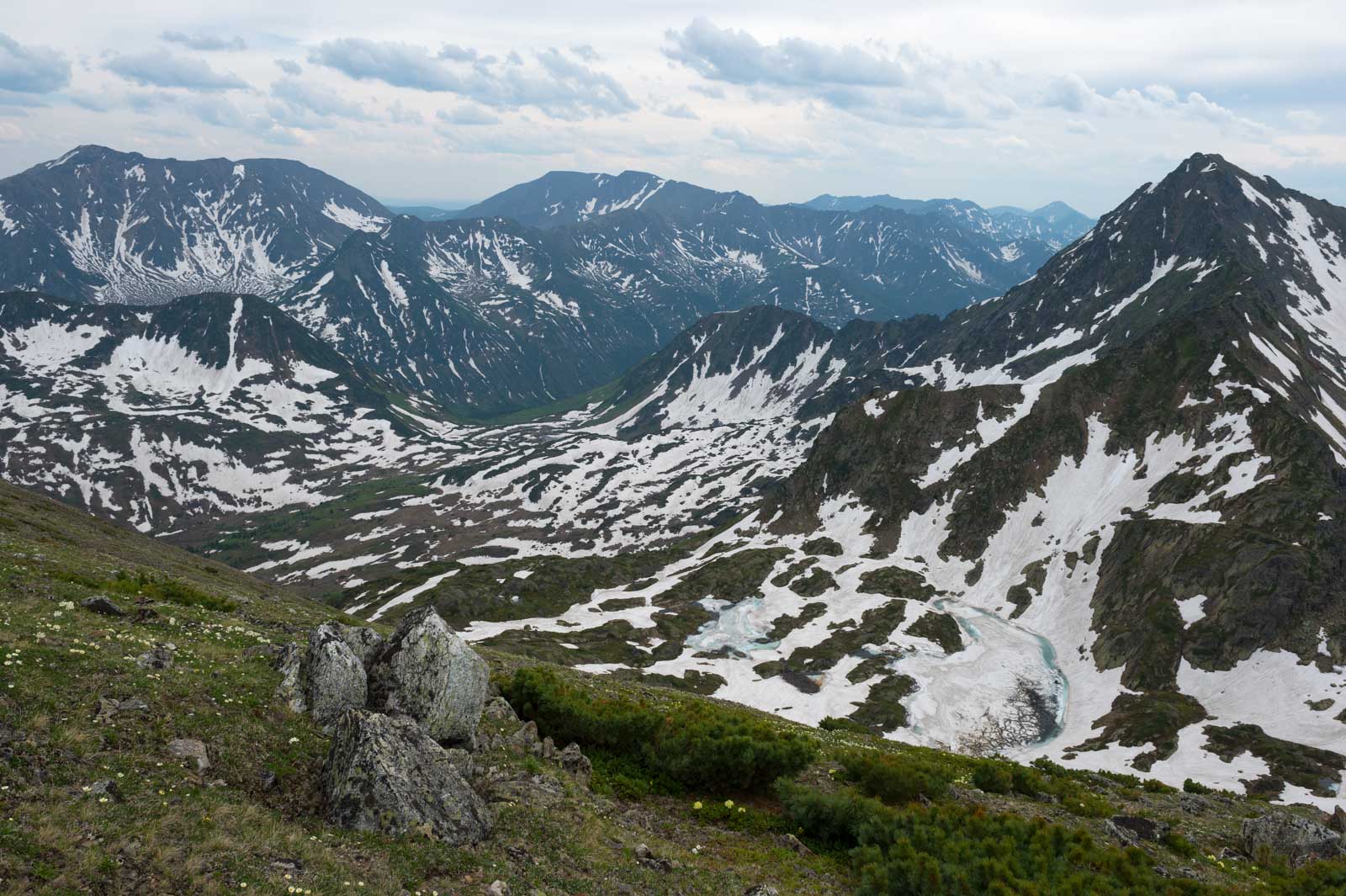 The main goal of the reserve was proclaimed protecting the unique ecosystem of the Baikal region, and, first of all, its virgin cedar forests - already at the time of the reserve’s creation. Therefore, it is quite logical that complex multidirectional tasks were formed, in relation to the real activities on preserving the unique natural ensemble of the South Baikal region, and monitoring natural processes that are not affected by humans, as well as educating the population, forming environmental awareness and attracting people’s attention to the protection of nature.

Nowadays, as half a century has passed, the Baikal State Nature Biosphere Reserve still is an example of rational and careful conservation of species and biological diversity, the richest flora and fauna, its separate invaluable representatives, environmental monitoring, testing and implementing environmental management methods that cause no harm to the region’s ecological system...

The documents of title regulating all the aspects of the life of the Baikal State Natural Biosphere Reserve contain a clearly defined list of the main objects of protection:

- the mountain-taiga complex of Central Khamar-Daban with its northern and southern slopes and spurs, as well as the southern coast of Lake Baikal with Baikal terraces;

We can continue by adding colors to this picture, telling you about the beauty of mountain rivers that are born in mountain lakes and merge with Lake Baikal; about the richest flora combining typical species and relics, many of which could have originated in the Preglacial Age; about the grass as high as 2.5 meters and poplars as thick as four girths...

We also should not forget about the fauna. Bears are the largest of all animals in the reserve, sables are the “fluffy gold of Russia”, there are also shy roe deer, powerful moose, awe-inspiring boars...

To prevent the extinction of plants and animals, destruction of ecosystems, and, accordingly, the biosphere, the employees of reserve spend a large share of their time on environmental education, using the invaluable potential of ecological tourism for this purpose.

According to a tradition, free access for visitors to biosphere reserves is limited, and in some places it is strictly prohibited. However, since 2010, the Baikal Reserve has become a participant in the experiment on the development of educational ecological tourism.

Needless to say, the greater part of the places of mass visits have been moved outside the boundaries of the conservation area itself, and the procedure for visiting it has been regulated by special rules. At the same time, all the conditions for a comfortable stay of guests have been created.

These include a new, modern visitors’ center, open-air expositions, and eco-tourist complexes. The reserve also conducts ecological and educational tours. 22 newly made routes have become extremely popular: they are supplied with well-equipped ecological trails that are suitable for all, including people with disabilities.

This type of tourism is available to all of us. Its main value lies in the fact that when you live so close to nature, in communion with it, with the assistance of experienced staff of the Baikal Reserve, you cannot but start thinking about the necessity of an extremely careful attitude to natural riches.