“Key to Baikal” continues to write about the rivers filling Lake Baikal with their waters. This article features the “sister” of Angara - Verkhnyaya Angara.

If you are familiar with the geography of Russia only in general terms, all the same, you should remember this name - Angara. But in our case we are not writing about that beautiful Angara that, according to the legend, was the daughter of Baikal and fled from her father to her beloved Yenisei.

Verkhnyaya Angara is a river in the north of Buryatia, its length is 438 km, the basin area makes up 21,400 sq.km. It originates at the junction of the North-Muya and Delyun-Uransky ranges at an altitude of about 2000 m above sea level. The river flows in a south-western direction. The upper reaches of the river are rocky, full of rapids, but then its current is mostly calm and goes through the marshy Verkhneangarsky Basin. The lower reaches of the river are navigable. The Baikal-Amur Mainline goes along the river valley over a long distance. The main tributaries of the river are Angarakan, Yanchui, Churo, Kotera.

What's in my name?

How could the same name have been repeated twice?

Let's start with the description of the river: “Upper”. It is associated with the process of settlement of Russian people on the territories of the Baikal region in the middle of the 17th century. At that time this hydronym (a name of a water reservoir in toponymy) was simply needed to denote the modern Angara: the pioneers called it “Malaya Angara” (“Small Angara”), and later – “Nizhnyaya Angara” (“Lower Angara”). At the same time “Angara” was the original name of Verkhnyaya Angara. This fact is confirmed by the history of the development of the region.

The cartographer of Lake Baikal who made the first map of the lake titled “The Drawing of Baikal and the Rivers Flowing to Baikal”, Cossack lieutenant , explorer Kurbat Ivanov, wrote the following note to the Yakut army commander : “He ordered to go up Lama (Tunguses called Baikal “Lama”, which meant “a lake”) to the Angara River”.

Soon after that the river received the name “Verkhnyaya (Upper) Angara”, distinguishing the river from “Small” or “Lower” Angara.

“Malaya (Small) Angara River” is mentioned in two documents, dated by late 1640s - in the report of the Yenisey army commander Fyodor Uvarov and in the certificate of the Siberian Commandment.

Both rivers with the name Angara, both Lower and Upper, were mentioned in the formal note dated by the year 1653 and written by the well-known explorer of Siberia, Peter Beketov, to the Yenisei army commander.

And, finally, the name “Verkhnyaya Angara” is found in the sources dated by mid-1640s.

In fact, the rivers had still been called Upper Angara and Lower Angara until late 19th century. The adjective “lower” disappeared from the name of the river only in the 20th century, whereas the hydronym “Verkhnyaya Angara” remained unchanged.

Speaking about Angara itself, the explanation is associated with the Buryat language, with the word stem “anga”, the words “angai”, “angagar”, “angarkhai”, meaning “gap”, “open”, “hollow”, “empty”, as well as “cleft”, "ravine", "scour".

The Legend of another Angara 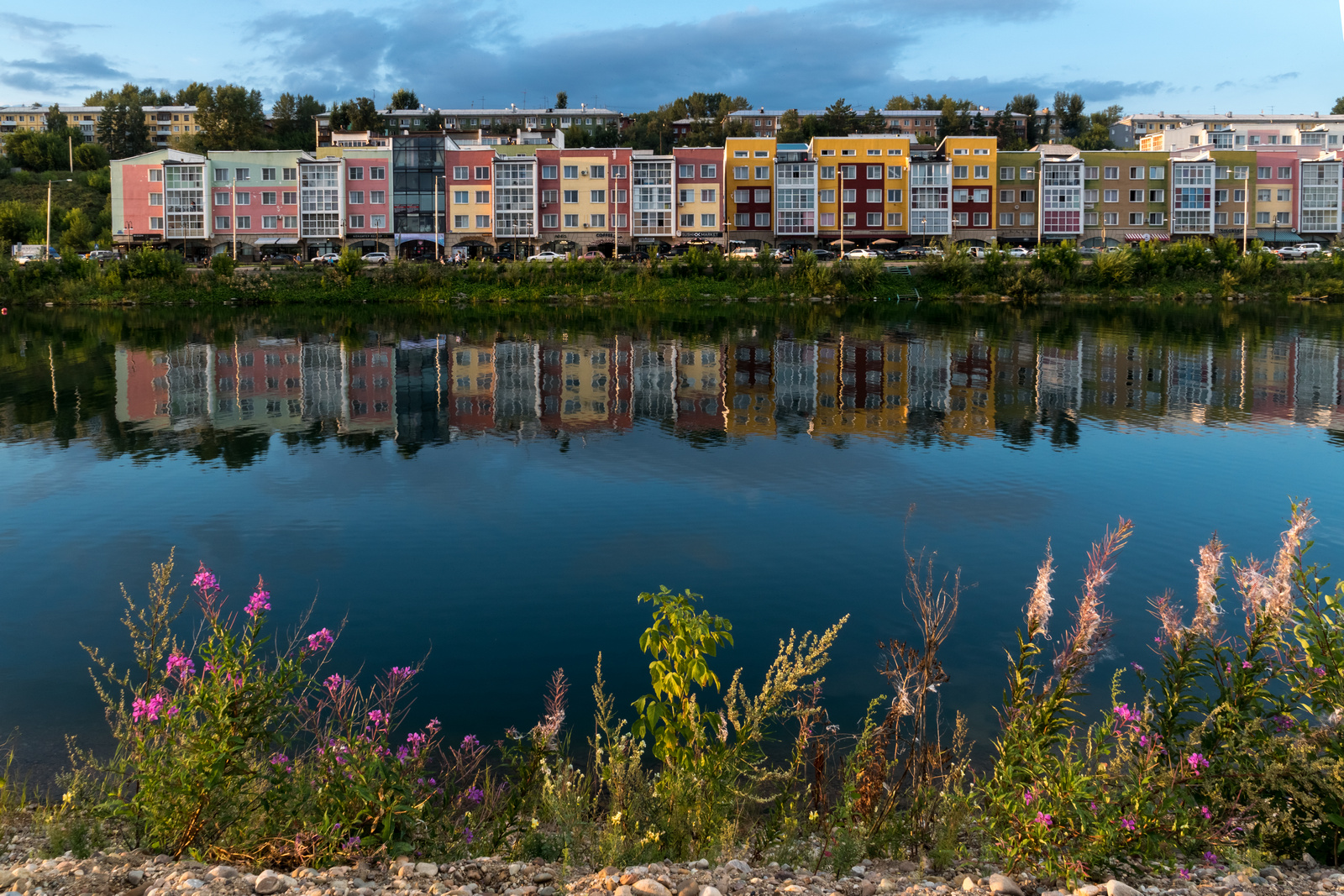 A Tungus legend tells about the way the two rivers began to be called by the same name: Angara. At first, Baikal was a small lake, and small rivers flowing into it did not bring much water. But a deep stream made its way through the mountains, its waters ran to Lake Baikal, and on its way the stream encountered large rocks that blocked the road. However, a lot of water accumulated soon, and the rocks could not withstand the pressure, so they fell apart. Water poured into the lake, removed all obstacles and joined Baikal. Then a hole, like an open mouth of a beast, emerged in the place where the rocks stood. And the Tunguses shouted: “Angara, Angara!” Such a mouth is called “angara” in Tungus language. The Tunguses wondered where the lake got so much water, so they went along the coast to see what happened, but the path was blocked by a huge rock, so they had to stay and live by that rock. However, one day a terrible thing occurred: the earth began to shake and hum, a thick fog descended to that place, the rock swayed and suddenly split. When everything calmed down, the Tunguses saw that the same hole, like a mouth of a beast, appeared in this rock. Once again they exclaimed: “Angara, Angara!” The water poured down from this hole. Tunguses gave the name to that hole: Angara. But the first river was called “Verkhnyaya (Upper) Angara”, and the second - simply “Angara”.

The sources of late 19th century represent a very vivid picture of existence of Upper Angara and its banks. As we read these lines today, it is scary to image how modern people treat all the riches of the Earth...

“The forests in lowlands and wet places along the river consist of fir, spruce, larch, cedar, aspen, birch, etc .; pines grow in dry elevated places, up the Angara River until the mouth of the Sangodek River; larch and cedar rise above the pine trees; and only creeping cedar (dwarf pine) and dwarf birch grow in the upper reaches of Angara. The stains of snow remain on bald mountains until August. Russian population lives in four villages: Verkhneangarsky, Chenchi, Dushkachan and Komor - all of them are located in the lower reaches of Angara. Tunguses belong to the three genera: Chalchagir, Kindigir and Shamagir.

Chalchagirs are divided into coastal and mountain people; the latter are richer, roam the mountains with herds of deer, 10 to 300 deers in each herd, they spent the hot season on the bald mountains; beginning from September 5 they go to Angara, Churo and Katera, block these rivers and catch the “floating” fish (the fish returning to Baikal), mostly cisco, they freeze it, put it in “noka” - barns on four tall pillars scattered throughout the valley of Angara; and at the end of fishing season they go hunting sables and squirrels. In order to hold the exchange of furs for Russian goods, Tunguses gather in Verkhneangarsk for a fair twice a year: in April and December. Arctic cisco is caught in the mouth of Angara by seine nets, during the mass migration of fish to the rivers (during the spawning season)”.