There are from 18 to 148 stormy days in different regions of Lake Baikal during the year. All of them are the result of work of three dozen Baikal winds ...
Первый Байкальский 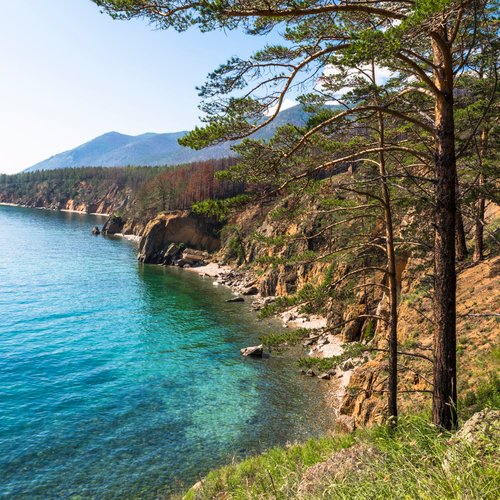 Meteorologists have counted a total of more than thirty kinds of winds at Baikal. These air streams live here with their own lives: they change each other depending on the time of the year and collide with each other during the day. They emerge under different conditions and create conditions themselves. Thanks to the winds, Baikal is never calm: windless conditions are completely uncharacteristic of the Great Lake. However, the lake, just like any large water reservoir, is characterized by land breezes: in the daytime winds blow from the lake to the land, and at night – from the land to the lake. Valley winds regularly blow in the evenings, reaching a decent force - up to 10 m/s.

Not only the so-called transit winds (associated with the general atmosphere circulation) exist here, but also local ones. They are called by the name of the valleys from where they blow. Authentic names are either due to typical features (for example, the Verkhovik wind emerges in the valley of the upper reaches (“verkhovya” in Russian) of the Angara River) or are etymologically associated with local dialects (for example, the name “Sarma” comes from the Buryat word meaning “rolling”).

The wind that meets you, as you came to Baikal, to the famous Listvyanka for the first time, will be from the breed of the Verkhovik winds, blowing from the north to the south or to the southwest. This is one of the few winds that blows around the entire Baikal, and therefore also has local names: in the south Verkhovik is called Angara (by the name of the river), in the north of the lake they call the wind Siver or Verkhovka.

Verkhovik winds usually begin to blow in their full force from the middle of August: they begin to blow in the morning and calm down by sunset. However, they can blow for up to ten days in a row. With the onset of winter, Verkhovik winds become more severe: Baikal is covered by waves, the so-called “dead swell waves”, when the water darkens and gets covered with foam. This Verkhovik is also “Chernovina” (associated with the word “black” in Russian).

Verkhovik almost always blows in clear sunny weather. The duration of this wind, depending on the season, varies from one half to two and a half days. The greatest repetition rate of the wind is usually observed by meteorologists on the western coast, whereas in the central and southern parts of the lake this wind causes considerable heaving of the water surface.

The wind blowing from the south to the northeast and emerging in the Kultuchnaya Gorge is called Kultuk. It is also called differently: Nizovka or Nizovik (associated with the Russian word meaning “low”) - as opposed to Verkhovik. Kultuk brings cloudy weather and rain with it. The strongest winds occur in autumn, generating Baikal storms. The wind can come on all of a sudden, collide with the opposite Verkhovik and gradually fade away. And it can also change its direction, and then the collision of Verkhovik with Kultuk forms random waves that are called “tolkuny” at Lake Baikal.

The wind emerges in case an anticyclone is located to the south or southeast from the lake, and a cyclone is located in the north. A visual feature of Kultuk is the appearance of fog on the bald mountains of the Khamar-Daban Ridge.

This wind is sometimes called an “all-nighter”. It blows in the central part of Lake Baikal - from the Barguzin Valley towards the Olkhon Island. Barguzin is not the strongest of all Baikal winds, but it brings a steady sunny weather with it. The fishermen have a belief associated with Barguzin: this wind pushes the shoals of omul into the nets. Its origins lie in one of the most famous Baikal legends – the Legend about the Omul Barrel.

Old Buryats used to say that in ancient times the giant winds Kultuk and Barguzin were friends who liked to have fun together - to roll a barrel with omul on the waves. And the shoals of fish were attracted to this barrel. Then the legendary heroes fell in love the mistress of the Maloe More Strait - Sarma, and, properly, a dispute arose concerning the questing who will marry her. And Sarma set the condition: the one who will bring the omul barrel to her first will become her husband. An argument arose between the heroes, but the forces of Kultuk and Barguzin were equal, so Baikal resolved their disagreement at once by simply drowning the barrel in the Maloe More Strait. Since that time there have always been a lot of fish at that place, and Sarma never married anyone. 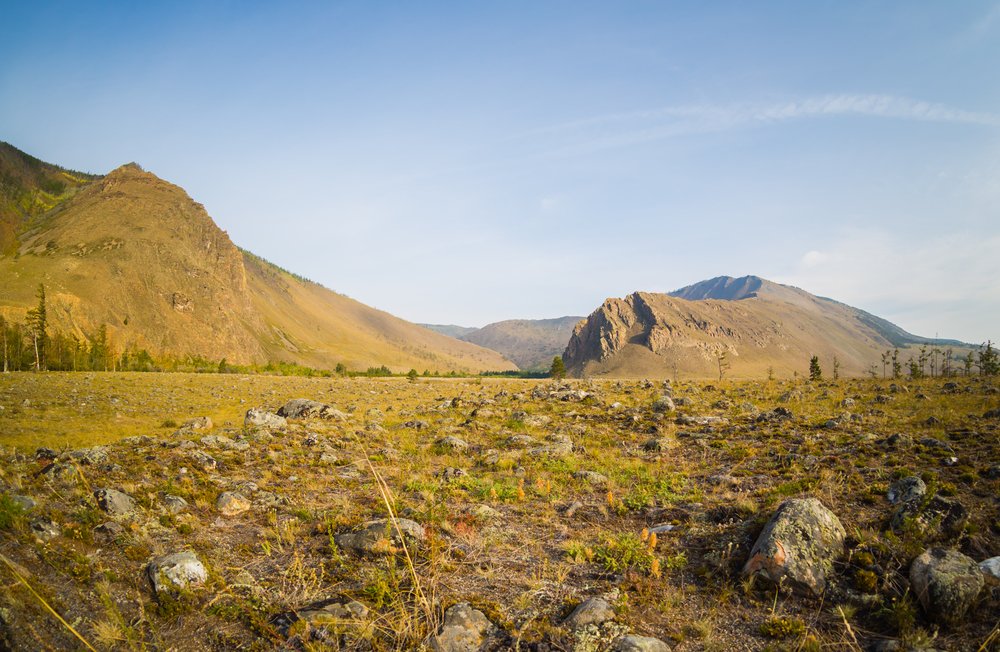 Mountain winds can be included into a special group of winds (literally: blowing from the mountains). And the first among equals is Sarma - a powerful squally hurricane destroying everything on its way. Sarma emerges in the eponymous mountain gorge between the north-western lake coast and the Island of Olkhon.

The harbingers of Sarma are the accumulating stratocumulus clouds over the Primorsky Ridge near the Sarma Gorge. As soon as the clouds begin to gather, it means that a hurricane will begin in two or three hours, and there is some time to prepare for it. Sarma tears roofs from houses, tears up trees, turns ships upside down ... The last warning is the so-called “gate” - the appearance of a gap between the peaks of the mountains and the lower edge of the thunderclouds. Baikal is calm at this moment.

The speed of the Sarma wind reaches 50 meters per second.

This northwestern Baikal wind blows from the Primorsky and Baikalsky Ridges to the water surface of Lake Baikal. Especially often it happens in October and November.

The Gornaya wind emerges when the cold air accumulated behind ridges in the vast flat part of Irkutsk Oblast under the conditions of an anticyclone passes through the mountains and heads to Baikal. And if it gets into the valleys of mountain rivers, the conditions of a wind tunnel is created that turns the wind into a hurricane with a destructive force.

The precursors of this wind are usually fractocumulus clouds.

This is another mountain wind blowing from the west and emerging at the mouth of the Bolshaya Goloustnaya River. It is also known as Tarkhaikha. An icy Arctic stream approaches Baikal and accumulates in the coastal mountains, being unable to pass through them. Once the critical mass is accumulated, the cold air passes through the mountains and rushes to the surface of the lake along steep slopes.

Kharakhaikha is usually preceded by exhausting heat. Cumulus clouds gradually appear over the tops of the mountains, then they quickly gather in a cloudy shaft along the ridge. Then the atmospheric pressure sharply drops, and a hurricane wind begins. As a rule, Kharakhaikha blows in autumn - in October and November. The wind’s name comes from the Buryat word “khara” meaning “black”. 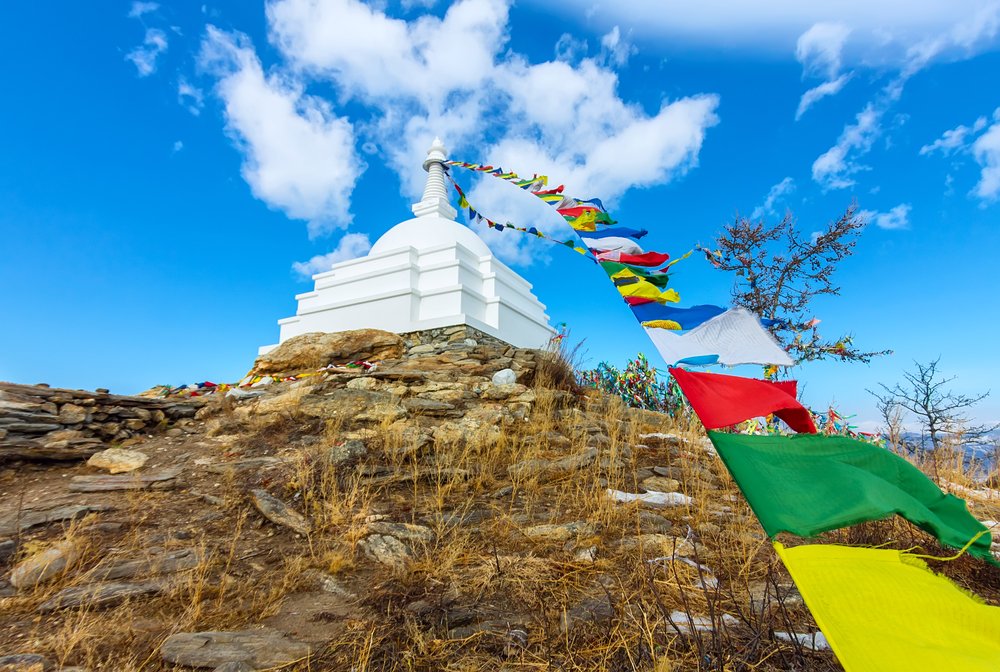 It is a devastating mountain wind crossing the Baikal Range and emerging in the valley of the Buguldeika River. The wind can blow up to four days in a row, carrying dust and small pebbles with it. It brings raw cold weather.

This warm wind blows from the southeast peaks of Khamar-Daban from the direction of Mongolia. Its speed is usually up to 10 meters per second; the wind brings a stable warm weather with it. It blows mainly in autumn, is distinguished by high gustiness, causes water heaving at the western coast of the lake. A Shelonnik storm is formed if the atmospheric pressure in Transbaikalia rises, and the atmospheric pressure in the Baikal Region drops down. It is believed that its name came to Siberia from the natives of Novgorod, where the word “Shelonnik” means a warm southeastern wind emerging on the Shelon River that flows into Ilmen Lake.

The wind emerges in the mountains of Khamar-Daban and descends to the coast on the section Boyarka-Vydrino. Pokatukha brings rain and sleet with it, although the arrival of the wind is preceded by warm and sunny weather. A typical precursor of the Pokatukha wind is the appearance of a long horizontal and straight-lined dense light-gray cloudy shaft of cylindrical shape rotating around the longitudinal axis in the mountains, this shaft clearly stands out against the background of the darkened sky.

This wind emerges immediately after the Baikal ice breaks up - in the beginning and middle of June. When separate ice floes and ice fields float in the lake, and the bald mountain part of the ridges is still covered with snow, powerful vertical streams of heated air blow above the well-heated forest zone that lost its snow cover and the zone of bald mountains. Large masses of cold, and therefore heavy, air come to the coast and even further at night, pushing away the ice from the shore, and then the cold air turns back to the land in the morning, collects ice in the bays, firmly closing the exits from them.

Kholoda is the name of specific air streams concentrated in gorges and descending to the water in piercing air wedges. The strongest Kholoda winds blow at dawn in early autumn, they can blow for a whole day in late autumn, growing stronger at night and acquiring the nature of monsoons. The Kholoda winds are blowing until ice formation.

This is the name of the so-called cold streams in the region of the Svyatoy Nos Peninsula. In the afternoon, when the difference between the temperature of water and land reaches its maximum, and the air above the neck of the peninsula rises after strong heating, Poludennik rushes to its place from Lake Baikal, gaining strength just by noon. Its strength rarely exceeds 3 points, slightly worsening the navigation conditions in the Chivyrkuisky Bay.

Light gusty winds, chaotically changing directions. They are formed early in the morning or late in the evening due to the uneven heating of land, water and air.

This winter wind is different from all Baikal winds, it is not the strongest, but very dangerous at low temperatures by multiplying their effect many times. One’s face can get frostbitten even at a temperature of -15 C. On the ice Khius easily penetrates under the clothes, freezing the body to the bones.

When you are going to Lake Baikal, it is useful to learn the peculiarities of at least some Baikal winds. This will help to avoid possible troubles and get the maximum pleasure from communicating with the lake