The Underground Fairy-Tale of Baikal: What are the Caves near the Lake Famous For

Baikal is surrounded by mountain ranges on all sides. The snow ridge of Khamar-Daban stretches in the south and south-east almost everywhere, the spurs of the Primorsky and Baikalsky ridges approach the coast of the lake in the west and north-west; the spurs of the Barguzinsky ridge come to the lake’s coast in the east, beginning from the Chivyrkuisky Bay. The holes of mysterious caves can be seen in the outcrops of rocks in many places...

There are more than 40 caves and grottoes of natural origin located directly on the coast, the most part of them are situated in the oldest limestone rocks. The rocky coast of Lake Baikal has the most picturesque grottoes and arches created by the destructive power of the Baikal waves.

The Kadilinskie caves are the most inspirational ones 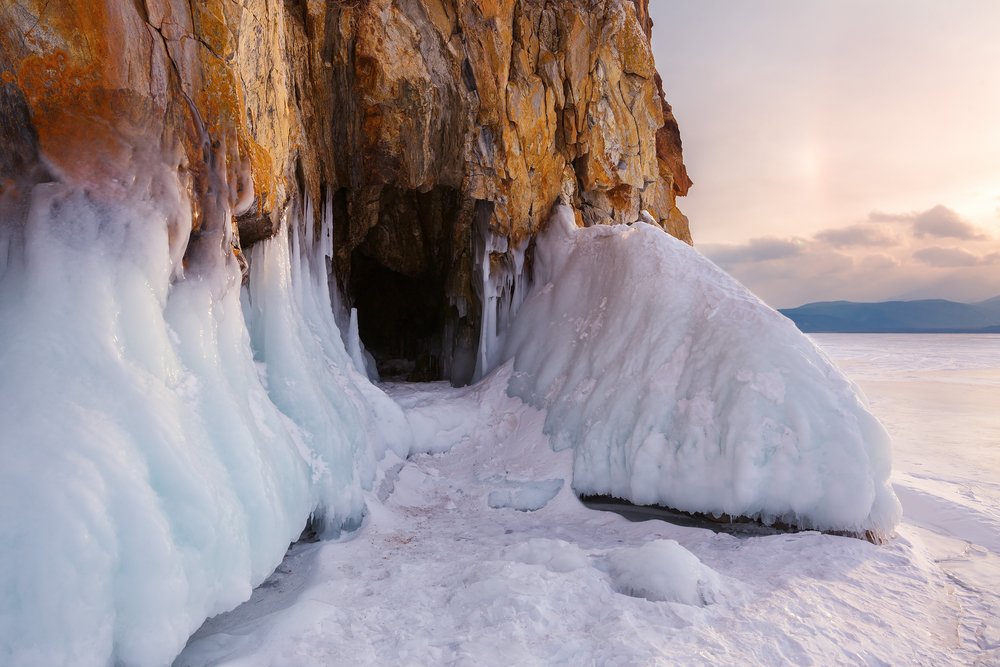 The Little Kadilnaya Gorge located 40 kilometers to the north of Listvyanka includes more than 10 known caves. The largest of them is located on Strelka, a very steep slope of the cliff, dividing the Little Kadilnaya Gorge into two narrow pieces, located at an altitude of 200 meters above the Baikal level. The vast hall of this cave has an oval shape with the dimensions 8x12 meters. Due to the wide vent going up, the cave is well lit. The cave was inhabited back in the early Iron Age.

A lot of things have been discovered in the cave: stone and iron arrowheads, iron knives of various shapes, horn patches for a compound bow, birch bark sheets stitched with hair, spinning wheels, fragments of pottery with various ornaments, wild boar’s fangs, bones of bulls, horses, ringed seals and other animals.

The Kadilinskaya cave, located in the right narrow piece of the Little Kadilnaya Gorge at the foot of a cliff composed of limestone, is also interesting. It is 16 meters long, 2-4 meters wide, and 2-3 meters high. The remains of the Iron Age culture were found in the cave, as well as the bones of bulls, horses, koulan-dziggetai.

The entrance to the Little Kadilnaya Gorge is surrounded by the arches located in limestone cliffs at an altitude of more than 250 meters above the Baikal level. The grounds of the arches offer a wonderful panorama of the broad expanses of Lake Baikal. Some of the arches served as guard posts for the people who lived on the coast of Lake Baikal during the Iron Age. Smoke and fire signals were sent to the nearest settlements from these grounds.

The Little Kadilnaya Gorge is exceptionally picturesque. A night spent here at the bonfire among the dense taiga can become an unforgettable memory. At sunrise or sunset you can observe the beauty of the Kadilinskie rocks lit by golden sun rays.

The most beautiful caves are located in the Aya Bay

The word “aya” is translated from Evenki as “beautiful”. And it is very difficult to argue with this: steep cliffs, bright blue Baikal below them, free and clean steppe all around. The bay is located 13 km to the east of the village of Elantsy. Ancient rock paintings have been preserved on its northern coast, at an altitude of about 20 m above the water level. Their age amounts to about 2500 years.

Several caves are hidden approximately at a 2-kilometer distance to the north-west of the pier, at the marble plateau of the Aya Bay at an altitude of about 200 m. This is the location of the largest underground labyrinth at Lake Baikal: its length reaches 1350 m and depth - 64 m. Not long ago there were two caves here: Aya and Ryadovaya. Now they merged into one.

Aya has been known since early 1960s. The place has been one of the most revered shamanic sites since ancient times. Money and other items were thrown at the Bay as the offerings to the Master of the mountain. Public shamanic prayers – tailagans - were performed at the top of the cliff. The entrance to the cave is located in a funnel. It is an inclined labyrinth system of branched grottoes and passages, and it is easy to get lost among them.

The cave has a ring-shaped structure. It is famous for its unique sinter limestone formations, stalactites, stalagmites and stalagnates of the most interesting shapes. The cave has wonderful halls: the “Musical” Hall - its ceiling has corallites inside it, they sound in a gentle modulating melody; the “Snowy” Hall is covered with frost at all seasons; the “Marble” Hall has a ceiling and walls made of white and pink marble; the “Ice” Hall is famous for its amazing sparkling ice incrustations. All this beauty illuminated by small flashlights surprises and shakes your imagination. 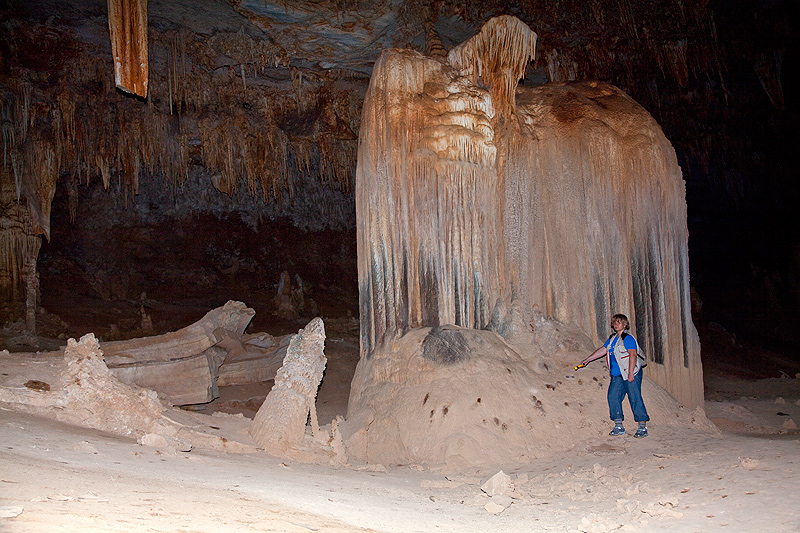 The “Dream” cave has become very famous among tourists. It is located in the Bay of Maloye Orso, 1.2 km away from the lake, at an altitude of 270 m above its level. The total length of the cave passages is 870 m, its depth is 52 m.

The steep entrance to the “Dream” cave is covered with a thick layer of ice. The cave has three floors, which is extremely rare in the Baikal region. Whimsical, snow-white, calcite formations painted in pink in some places turn into different shapes of stalactites, stalagmites, corallites... It is pretty cold inside the cave. There is a lot of sinter ice and ice garlands that do not melt even during hot summers. The largest amount of these is accumulated at the entrance to the cave. This cave is one of the most noteworthy in the Baikal region due to the beauty and richness of the newly emerged formations with their origin determined by insignificant water inflow. The ice cover here lies both on the ceiling and on the floor. The temperature is the lowest at the entrance to the cave, the farther away from it - the warmer the air. The passages of the cave are high, so you can walk along the fantastic ice halls in full growth, without bending. The so-called organ is located here: it presents an ice formation with icicles in the form of strings, like those of a musical instrument.

The halls of the “Dream” cave have their own names. There is a “Throne” Hall, also known as “Avalanche” Hall, with its length is 35-40 m, width 10 m, and height 10-15 m, there is a protrusion in its wall shaped as a throne where the God of Darkness Tankhan supposedly sits, according to a legend. There is a “Musical” Hall, sinter formations inside it emit a soft and melodic sound even at the lightest touch, the “Fairy-tale” Hall is one of the most beautiful halls in this cave. It has ice stalagmites called “Father Frost and Snow Maiden” and “Rocket”. One of the passages is called “Metropolitan” for its extraordinary length.