The Stars above Baikal: the Reason Why There Are no Stars of This Kind Anywhere Else

“Astronomical Big Cleanup” has been held in Bolshoe Goloustnoe on July 28. The staff of the Irkutsk Planetarium staff installed a professional telescope on the cleared glade of the National Park and conducted a lecture-journey through the night sky. Volunteers were able to observe Saturn, the Andromeda galaxy and a cluster of stars, as well as the ISS flying at a distance of 400 km. We talked with the Head of the Irkutsk Planetarium Pavel Nikiforov in order to find out what is so special about the sky above Baikal.

Baikal is interesting not only in itself, as a natural or a tourist object. An illustrative example: recently it has been actively developed by the employees of the Irkutsk Planetarium. A series of onsite events under the general title “Astronomical Evenings” has been held on the coast of Lake Baikal in the middle of the summer. They were conducted jointly with the staff of the Baikal National Park (FSBI “Reserved Baikal Region”) and included lectures and observations of the starry sky via a telescope in the inhabited settlements of the Baikal region, such as Buguldeika, Bolshoe Goloustnoye and Kultuk.

Key to Baikal: How and when did the idea to conduct onsite observations at Baikal emerge?

Pavel Nikiforov: Back at the beginning of the year, in winter, we included these events into the plan for the year. A series of lectures was planned to be held jointly with the “Reserved Baikal”: they talked about the system of nature conservation areas, whereas we delivered a lecture on the starry sky, and all ended in night observations.

Particular attention was paid to light pollution - this problem is not yet fully understood, although there is already some evidence of its impact on the biosphere.

It should be noted that within the framework of these events on June 30 we joined the “Asteroid Day” worldwide campaign dedicated to awareness of the asteroid danger. It was held in 700 cities around the world, and we were one of the few people in Russia who participated in it.

Key to Baikal: Why are these events held at Baikal:  the actual location of the Planetarium is in the very centre of Irkutsk?

Pavel Nikiforov: The first obvious fact is that our region is associated with Baikal, and the visitors of the city should study the water area of Lake Baikal first, before “getting acquainted” with the territory of the “mainland”. The second obvious fact is that our western coast is the most suitable and convenient place for observations. If you look at the map, you’ll see that there is a water surface in the southeastern direction. This means that the horizon is open and free for observation at a long distance. I will try to explain it, so that not to confuse the directions: astronomers in the northern hemisphere observe celestial bodies in the south, because their maximum height above the horizon can be observed in the southernmost point of the northern hemisphere.

One more fact: it is quite difficult to observe the centre of our Galaxy on the territory of our latitudes, and the months of June and July give us such an opportunity, because, so to say, in December the centre of the Galaxy rises very low above the horizon. We observe it at Baikal in summer, because it is impossible to observe it in other places with a free southern horizon. In addition, the planet of Saturn is in Sagittarius now, so it is also very convenient to observe this planet. 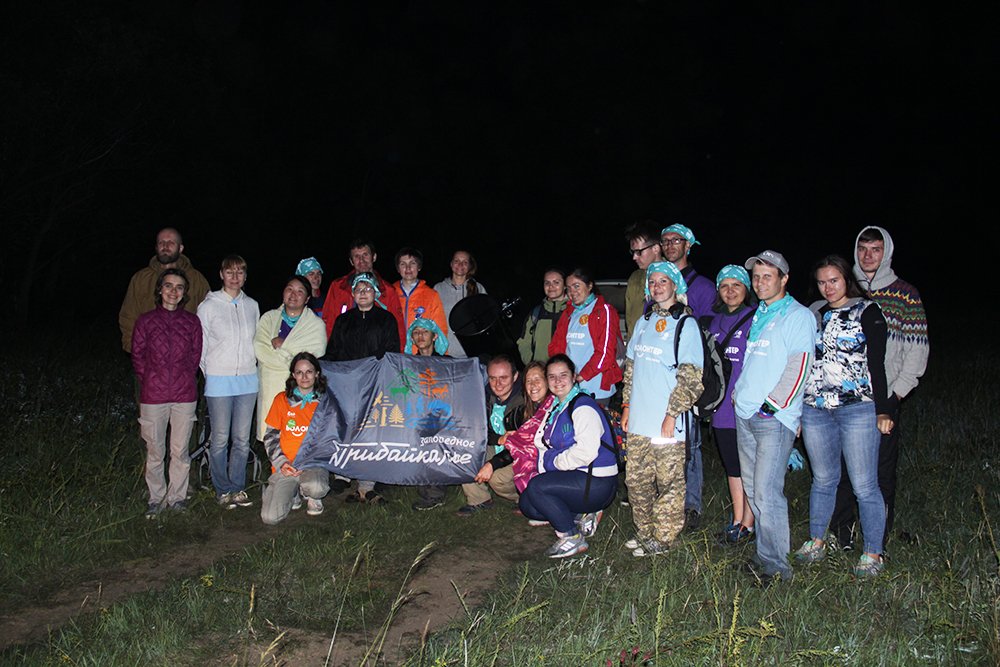 Key to Baikal: How do local residents perceive your activities? Do foreign tourists visit the events?

Pavel Nikiforov: Our visitors are, of course, mainly the population of the settlements, our activity is educational in its nature, it is aimed namely at these people. And, I should say – no offence to people from cities - that the guys from these settlements have their eyes gleaming with interest: we come from Irkutsk, with some kind of incomprehensible device which they never saw (I mean a telescope). Then we observe stars and planets, which is a mysterious activity in itself, because they learn poems about them in school, listen to the songs on the radio all the time, but who among them did see the real stars? Now we tell them: “Look, this is not a star, it’s the planet of Jupiter". And their first question is always: “How do you know? I thought it was Sirius”. As an option, they call it Venus or the Polar Star. The interest is great, only people do not know where to address for satisfying it. This is why we travel through these settlements. Many grandparents of these guys come as well.

Key to Baikal: Are these activities seasonal or are they independent on the season of the year? In simple words, once severe Siberian frosts strike, will these travels come to an end?

Pavel Nikiforov: We do not have such a division, and it seems wrong to make it. These activities were launched in the Irkutsk Planetarium two years ago, and they are held regularly five to six times per month.

Each season is interesting, because we observe different starry skies at different seasons of the year on the territory of our latitudes.

In summer we cannot see Sirius, the Orion Nebula, the Crab Nebula. And in winter the Andromeda Nebula, the Cygnus constellation, as well as many planets are invisible to us. Astronomy is an observational science which was born from observations, and, in turn, the basis of astronomy is observation. This cannot depend on the month of the year.

Key to Baikal: Will such events be held in future?

Pavel Nikiforov: It’s really a pity that the people coming to us ask many interesting, correct questions, but they do not usually have the opportunity to obtain this information. Therefore, after this pilot project comes to an end, we are going to address the heads of municipalities with the proposal to arrange joint events on a regular basis.