The Most Beautiful Advertisements with Baikal in the Lead Role

The most epic film set in the world.

The news about the premiere of Armani’s advertisement is already known around the world. But the most interesting thing is that the video for the legendary Italian brand was shot at Lake Baikal. By the way, the lake became a film set not only for Armani…

“The Scent of Life” project with Joey Mantia

The world has only recently seen the premiere of the advertisement of the new “Acqua Di Gio” fragrance from Armani. This is the second episode of the large “The Scent of Life” project, where the authors show the interaction of theeman with the elements of nature. The main characters of the video are the American skater Joey Mantia – nine-time world champion in this kind of sport - and the Sacred Sea Baikal.

In the process of shooting the athlete had to pass many tests. For example, to learn to drive an old UAZ car with manual transmission; dress a thin cold suit made of Lycra at a temperature of -20 ° C; get acquainted with the peculiar character of local residents. But, as the participants of the shooting process assure, Joey was flawless. He quickly learned new things and easily adapted to any circumstances.

The athlete himself says that the experience of riding on the ice of the largest freshwater lake in the world became “one of the most incredible impressions in life” for him. This is what Joey wrote on his account in the social network.

Mantia drove along mirror Baikal ice at a speed of 50 kilometers per hour. And at this time the team of professionals selected the most successful camera angles to capture what was happening. They were shooting it from the copter, ATV, amphibious boat, on the ice and under the ice.

Moscow and Irkutsk cameramen worked on the project together with French producers. They have worked for 4 days, sparing no effort and not thinking about the rest. They have shot a lot of additional material, not provided for by the script. However, these unplanned fragments made the video so unusual and unique. The authors say that the working process was personally controlled by Giorgio Armani.

The two-minute black and white clip shows the beautiful expanses of Lake Baikal, unique patterns of the ice lake, incredible cliffs and grottoes,as well as the legendary Shamanka cape on Olkhon and the surroundings of the settlement of Khuzhir. The video has been watched by over a million users by now.

How the idea of ​​shooting advertisements on Lake Baikal emerged

It was decided to shoot the second episode of “The Scent of Life” on the ice from the very beginning. And there is simply no such mirror, transparent and spacious “natural ice rink” that could compare to Baikal. Therefore, the employees of the Irkutsk company titled “Siberica Film” offered Armani to make the advertisement in Siberia. They replied:

Shooting an advertisement in Russia, moreover in Irkutsk Oblast, is almost as incredible as doing it on the moon.

Despite this, the residents of Irkutsk managed to persuade the producers that things are the other way round. The experts of “Siberica Film” carefully studied the state of the ice and selected the most optimal locations for shooting the video. They had to work in March, when the ice is already beginning to blur and crack. But the film crew was lucky, and everything went well.

Many residents of Irkutsk remember the unfortunate day in May when they stayed in traffic jams for a long time and were late everywhere. But not everyone knows that the advertisement of “Actimel” with the participation of the famous Russian actor Mikhail Porechenkov was being shoot during those moments on the central streets of the city. In early October the video was released, and the residents  of Irkutsk realized that everything was not in vain.

A thirty-second clip tells about the journey of Italians in Siberia. The surroundings of Irkutsk and local attractions are also shown, as well as the fabulous winter lake Baikal: seeing it, the Italian woman exclaims: “Mama Mia! A sea in Siberia!”

The opinions of the Irkutsk residents about this video are divided. Some believe that too little attention was paid to the attractions of the city. Others note that the video is confused and lacks creativity. However, the majority of Siberians still is satisfied with the result and very pleased that the advertisement with their native city will be shown on all TV-channels. 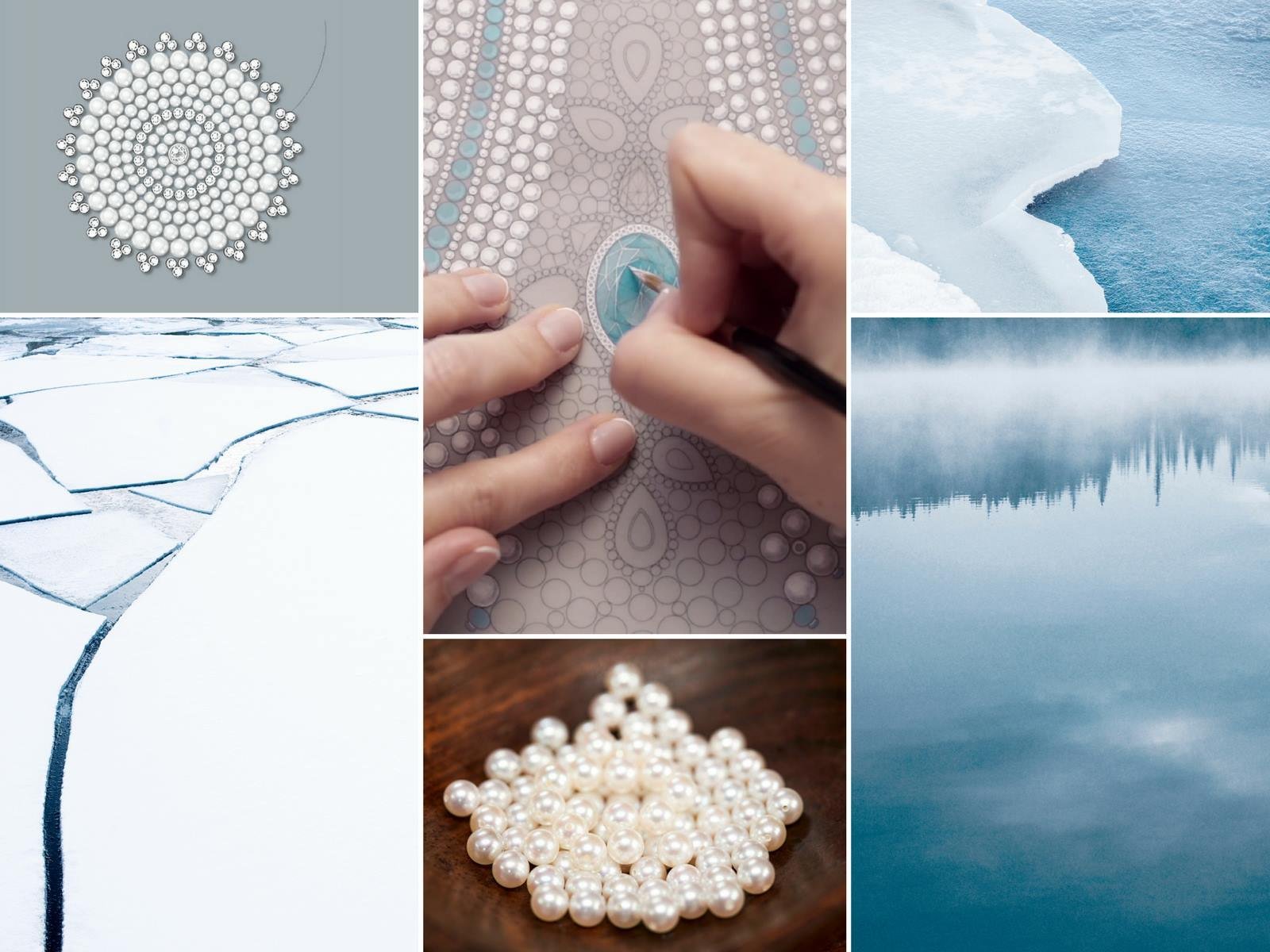 Baikal inspires not only film directors and actors, but also jewelers. Not so long ago Vogue magazine published an article about new jewelry pieces from the French BOUCHERON jewelry house. The collection of jewelry is dedicated to the Great Lake and is titled “Hiver Imperial”.

The luxurious pearl collar necklace “Baikal” is what skilled jewelers are proud of. It is supplemented by earrings and a finger ring. The Creative Director of BOUCHERON got inspiration for this project during her journey through the Siberian expanses. She studied local culture, history and art, looked through the photos and watched the films about Baikal.

The stunning color of Baikal ice found its expression in the saturated blue hue of the Santa Maria aquamarine, which is the central element of the precious necklace. Pearl and aquamarine beads, diamonds and moonstones embody the play of light on the surface of the mirror ice lake. They sparkle and shimmer with unique hues.

The decoration was created in a single copy; there will be no such second necklace. For the time being the jewel has no owner. However, many celebrities are already examining the necklace. For example, so does the famous actress Salma Hayek.