The Baikal Ringed Seal Has Changed: the Animal “Hunts” on Fishermen and Likes to Listen to Music

The problem of the increasing count of ringed seals on Lake Baikal has been a so-called problem until recently. After the commercial catch of the Baikal seal was banned, its count began to grow, making everyone happy: tourists, scientists, ecologists...

Indeed, what problems can this charming friendly animal bring? And it looks very nice: it was even once the emblem of Irkutsk ball hockey; and the animal can be trained quite successfully: already two sealariums have been operating in Irkutsk and Listvyanka for many years. The first, and so far the only, people who were not pleased with this were fishermen: both on the coast of Lake Baikal and on the island of Olkhon, it is a serious professional class, a significant working layer of local society. First they blamed the seal for the increase in its count, which became one of the reasons for the decrease in the count of the Baikal omul. However, scientists promptly denied this fact - omul swims too fast, the seal just hasn’t the same speed to catch the fish. Then, as we learned the news straight from the source, the fishermen have new claims to the endemic ringed seal...

The fisherman of one of the Olkhon fishing teams Yurii Nelyubin is speaking:

- This ringed seal is now feeling safe, in the olden days entire fishing collective farms in Buryatia were engaged in its industrial catch. Local Buryats on Olkhon also used to specialize in this - they obtained licenses, created teams. Nowadays there are no such experts any more, and the ringed seal is not in demand.

- How did you notice that the count of the ringed seal grew?

- By my own eyes, how could I probably notice it in another way ?! At first we began to see the animal in the northern part of the lake more often. The year before last in winter a large ice floe completely covered by seals having rest floated past our boat. Last year the animal grew so bold that it began to swim into Maloe More, where we had never seen a ringed seal before. And now crazy things are happening, ringed seals have settled here and bear young seals as well...

It is funny how local people notice the presence of seals in Maloe More. Ringed seals need to breathe, and in the beginning of winter, as soon as ice begins to freeze, the animals “blow holes”: it blows a hole in the ice, while the cover is still thin, and continues to blow into it constantly, preventing the hole from freezing. One seal can arrange several vents for itself. And locals riding “on ice” notice that their wheels stick into these holes all the time.

This year fishermen noted that the behavior of the ringed seals has significantly changed:  the animal has adapted to life in close proximity to people and even began to benefit from this.

The Olkhon fisherman Sergei Gorbunov has told us:

- The count of ringed seals is really getting bigger, and we cannot really say that they stopped being afraid of humans. But they behave in a smarter way. When people go to catch the omul by boat, ringed seals already wait for them, the animals distinguish the sound of the engine and come after it to the places where fishermen usually let down the nets. So, fishermen let down the nets. Ringed seals patiently swim nearby. Then the seals swim up to the net, quietly have a dinner – eat the omul caught in the net. The people only have to wait, grab the network and move to another location. It turns out, that they come to feed the seals first and catch fish only after that.

Fishermen believe that such behavior of the Baikal ringed seal is partly due to the fact that the animal does not has enough golomyanka anymore: they usually feed on this fish. The pattern is obvious: the larger the number of seals - the smaller the count of fish. The fisherman confirms: there have become more rookeries, they can be found everywhere, including Maloe More and the Olkhon Gate Strait. The seal has to adapt and, in fact, steal the catch of fishermen. After that the well-fed seals prefer to have intelligent spare time.

Here are the things told by the same Sergei Gorbunov: Ringed seals, indeed, are very curious, everyone knows this. But did you know that they love music? We often see: there is a boat on the water, the engine is muffled, the radio is playing music; then ringed seals swim very close to the board, standing still in the water and listening to the sound.

The data on the increase in the number of ringed seals and changes in the animals habits have already been confirmed by scientists. The Deputy Director for Scientific Work of the Baikal Museum Elena Kuzevanova has told us:

Elena Nikolaevna confirms also the stories told by the fishermen about the way the seals have adapted to live close to people:

-The fact that the seals stopped being afraid of humans and began to approach them closely is the consequence of the fact that the hunt on them have been stopped. The ringed seal is a very curious animal by its nature. When the animal stopped feeling danger, it began to approach humans more closely. This is a common phenomenon in nature: seals also approach people in America, on the western coast. 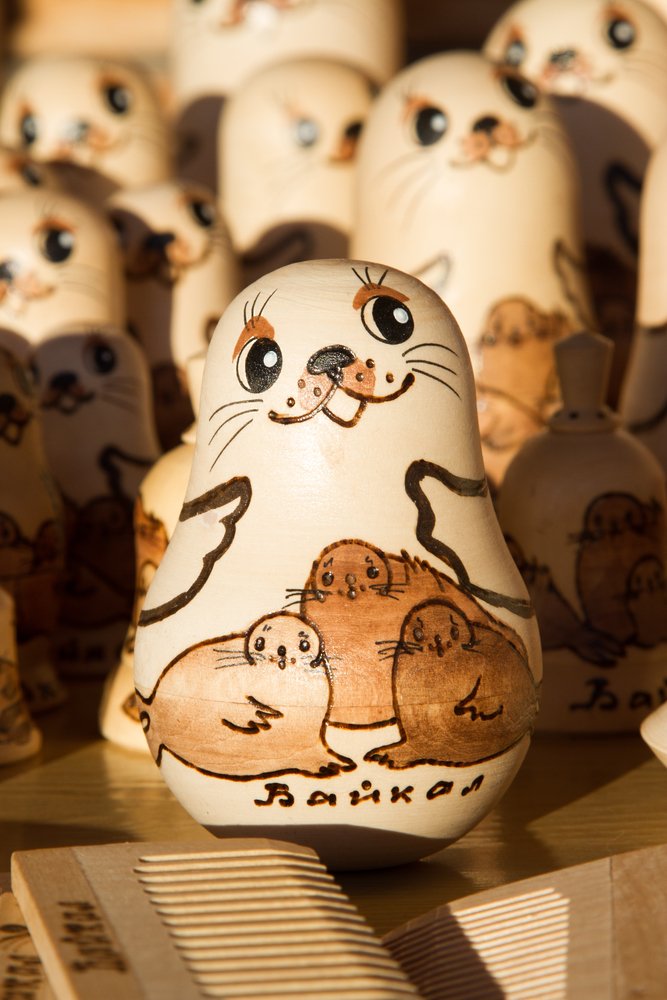 - Have you or your employees working on the coast of Lake Baikal seen a ringed seal by your own eyes? (It’s a captious question, because the Baikal Museum stands in the most “inhabited” place of Lake Baikal: at the source of the Angara River, before the entrance to Listvyanka – the comment by “Key to Baikal”)

- However, ringed seals have really come to the water area of in Listvyanka in recent years.

The employee of the Baikal Museum Anna Etingova tells us:

- We have recently seen a ringed seal near the beach of Port Baikal (this settlement is located opposite to the Baikal Museum, on the other bank, just above the left bank of the source of Angara, and is one more “inhabited” Baikal area – the comment by “Key to Baikal”). The animal watched the tourists on the beach on a hot day, showed its face several times and finally came quite close, about five meters from the coast. It cannot be usually said that seals are swimming right next to tourists. However, perhaps this is due to the fact that the water in the lake is very cold, and no one is swimming like in warm seas, only splash a little near the coast,  only two meters away from it, and pretty soon come out to the beach.

The lack of danger and natural curiosity:  these two factors make it possible to suggest that the Baikal ringed seals will soon start to behave like dolphins in the natural habitat. Only fishermen are dissatisfied with the things that are happening for the time being...