The Baikal Atlantis, or How the Proval Bay Emerged

Almost 150 years ago an earthquake was recorded on Lake Baikal. Pretty soon it became a legend among the local population, but there were not so many victims after all. Why? Read about it in our new horror story.

It happened a long time ago, when menacing tremors were perceived from the bottom of Lake Baikal, horrible clatter and thunder were heard, the powerful lake ice rose up, and, all of a sudden, an unbelievable icy waterfall fell down to the coast, rushing like an angry huge beast, destroying everything on it way. The paws of this monster crushed several winter fishermen’s houses like a shell, uprooted trees and bushes, killed the animals that had no times to escape. The ground shook so that neither people nor domestic animals could stand on their feet, then the earth opened up, water with silt poured from the cracks, high fountains went up from the wells, and heavy-weight barrels with fish rolled around the yards like balls. Water spilled around the place where people had lived, thus and the Proval Bay emerged; the land in the delta of the Selenga River sank, and local inhabitants - Kudarin Buryats - left this place forever.

This incredible story is passed from generation to generation in the families of indigenous fishermen of the Great Lake.

Where did this scary fairy tale come from? Is there any truth in it? As we answer this question, once again we can see how the myths and reality are intertwined at Lake Baikal. 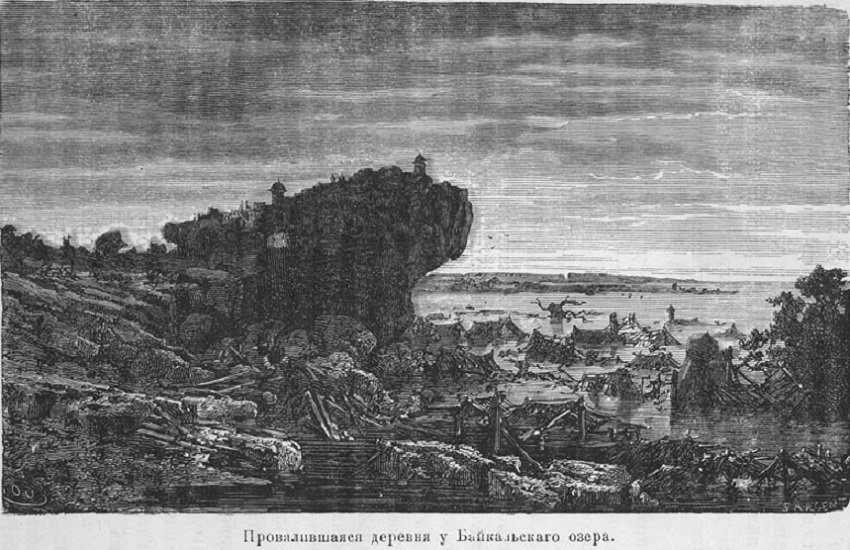 In our case we speak about a three-day Tsagaan earthquake. Its peak – magnitude 10 - fell to the north-eastern part of the delta of the Selenga River. This disaster took place on January 12, 1862 (according to the old style – on December 31, 1861). It got its name from the Tsagaan steppe - its territories were badly damaged, and the Proval Bay appeared namely on these territories where land with the area of more than 200 km ² sank under the water.

Fortunately, and at the same time to the surprise of contemporaries, only 3 people were killed, although the natural catastrophe caught them unaware. This, in many respects, is explained both by the wisdom and coolness of the Buryat elders and by the specific way of the coastal life. The majority of the inhabitants had boats, so they grabbed the most necessary things and rowed to the Oymur Mountain where they were safe.

The yurts and houses were crushed on the damaged territories, almost all property, including livestock, was destroyed. The data on the losses of the Buryat population is shocking: 140 wooden houses (according to other sources - 310), 313 yurts (according to other sources - 357), about 4 thousand heads of cattle, 153824 kg of bread in grain terms ... Buryat self-government bodies were anxious and informed the authorities about the fact more than 1,300 Kudarin Buryats living in 5 uluses became deprived all at once. Unfortunately, the authorities never helped. Only the firm Buryat bonds saved the victims both morally and materially. Besides, the flooded arable lands and pastures that went under water forever, which forced the indigenous people to leave their native lands, go to new places, even to the territory of Mongolia.

Earthquake shocks of the magnitude 8 affected Irkutsk as well. Describing this incident, Irkutsk sources noted that all the buildings in the city were shaking and creaking, the chimneys fell from the houses, the humming sound of ice breaking up on Angara and Ushakovka and the cracking of the frozen earth were heard.

There is a rather mysterious fact that the bells were ringing in the Orthodox churches on the territories where the natural disaster rushed: Selenginsk, Verkhneudinsk, Irkutsk... However, not only the bells sounded on their own, but the crosses on the temples were tilted to the ground, for example, in Irkutsk the crosses were bent on the Resurrection (Tikhvinskaya) Church, Archangel Mikhail (Kharlampievskaya) Church and other churches, on the Cathedral Church.

Today we know enough details about the events of that long-standing catastrophe because this earthquake was the first in our region with the results analyzed so thoroughly at a high scientific level - by the members of the Siberian Department of the Imperial Russian Geographical Society. 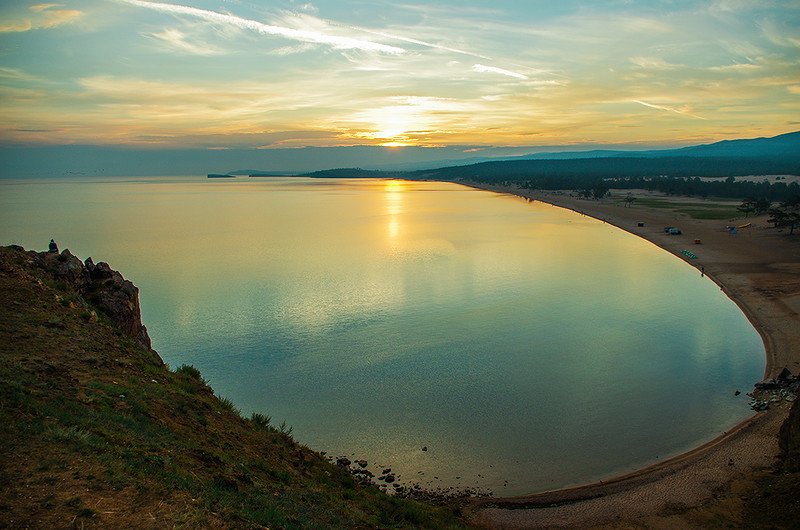 Actually, one of the results of the seismic shock was the formation of the Proval Bay. This natural phenomenon was originally called in different ways: Provalishche, Kudarinsky Proval, Selenga Proval, Baikal Proval, Tsagaan Proval. It is located in Kabansky district of Buryatia, to the north-east of the delta of the Selenga River. Its triangular shape is remarkable, whereas the length of the coastline makes up almost 45 km.

Some authors call the events of the Tsagaan earthquake the “Baikal Atlantis”.

Nowadays this long-standing history is a warning to all of us. After all, the coast of Lake Baikal has been a zone of seismic danger until now. The facts speak for themselves. The experts annually record seismic shocks that are unnoticeable for people; however there are about two thousand of these shocks per year. Earthquakes of magnitude 5-6 are recorded once in 10-12 years, but there are shocks from magnitude 7 and over (once every 20-23 years). And such powerful phenomena cause the bottom of Baikal to go down by many meters.

The most devastating Baikal earthquake of 1959 reached magnitude 9.5 in the epicenter. And it is a scary thought what the consequences may be in this densely populated region if an earthquake similar to the Tsagaan disaster happens again.