The Fellow of the Night: Bats at Lake Baikal

International Bat Night is celebrated during the last weekend of August in many countries of the world, including Russia. Not many people probably adore these representatives of chiropterans. Nevertheless, these animals have something in common with dolphins and maintain the delicate natural balance...

The name of these animals is translated from Russian literally as “flying mice” - they are named this way for their small size and squeaking sounds uttered by them, similar to those produced by real mice. But this name is the most “innocent” of all. People invented many unpleasant nicknames for bats! A vampire, an undead, a long-eared... However, such an attitude was largely “provoked” by the looks and lifestyle of bats. Strange large membranes looking like wings, a feeble little body unevenly covered with fur, a small head with large prominent ears, a pig's snout, several rows of small sharp teeth with prominent fangs... Don’t forget the animal’s habit to be active in the dark, and hide in secluded places during the daytime, to sleep upside down in a “suspended” state, the bat’s keenest hearing ability and many other things: thus the negative image has been created.

However, it does not correspond to what really happens in nature: bats destroy insects that are harmful to humans, participate in the pollination of some plants and are completely harmless to humans.

Legends, horrible beliefs and superstitions that have been attributed to bats since ancient times, so due to these prejudices: people saw intimidating evil creatures instead of small unusual animals, which led to the fight of people against them. Their habitat at Baikal decreased due to fires and deforestation.

A Full-fledged Representative of the Baikal Fauna 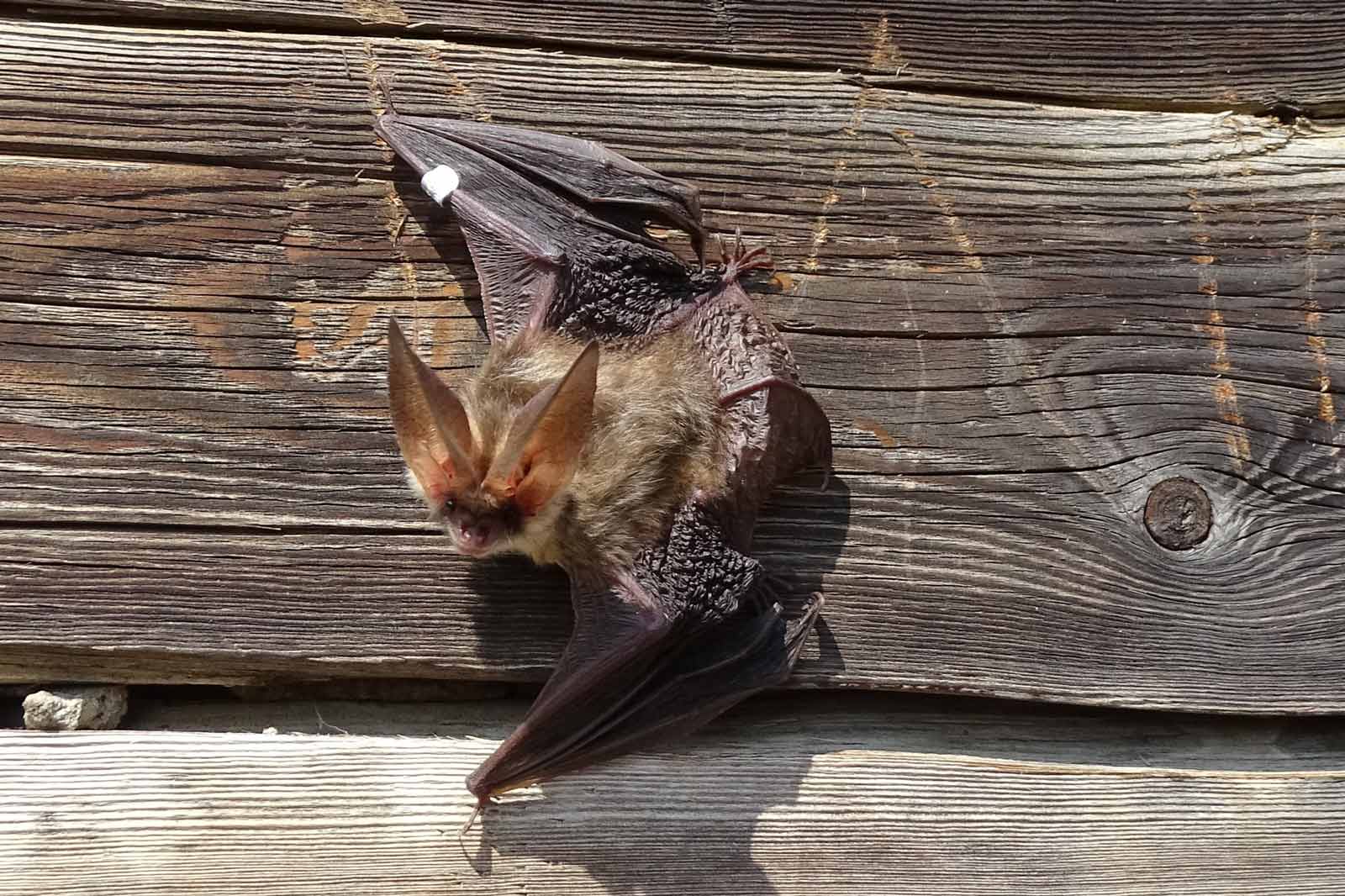 Scientists draw attention to the unique “survival ability” of bats in almost any place where they can get, probably only except for the zone of permanent snow. The conditions of the coast of Lake Baikal that are rather severe do not frighten these small mammals. 8 species of these animals are found in the Pribaikalsky National Park, whereas 11 species are observed in the entire Baikal region. They belong to 5 genera with the following self-explanatory names: common bats, long-eared bats, tube-nosed bats, large bats, particolored bats.

They can be found everywhere the coast of the lake, including the slopes of the mountain ridges that reach the upper borders of the forest, in the taiga, almost on all the islands of Baikal.

The most common of all species is birdlike noctule. This species is generally characterized by living near rivers and lakes, and in the vicinity of Baikal: it is most often seen near rocky coast sections and bays.

Just like anywhere in the world, Baikal bats require special care – this is due to the influence of natural disasters and the negative impact of the human factor: for example, intrusive tourists force bats to leave their homes. It is no coincidence that fraternal myotis and whiskered bat, Ikonnikov's bat and large tube-nosed bat (Murina hilgendorfi Peters) are listed in the Red Books of Irkutsk Oblast and the Republic of Buryatia.

The Structure of the Bat’s Body 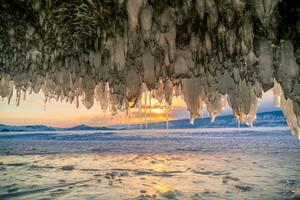 The Underground Fairy-Tale of Baikal: What are the Caves near the Lake Famous For

Bats are the only mammals that can move in the air. Wings can be different, so the structure of bats’ wings is completely different from that of birds, not least because they are not literally wings, but wide leathery membranes between the animal’s limbs. They connect the legs of the bat, and a wing is a “membrane” stretched between the “hand” with very long fingers on one side and the “leg” and tail on the other side. All five fingers of the hind limb have no membranes and enable the animal to effortlessly hang upside down and grab different objects, if needed.

These wings make the bat seem big, because their size exceeds that of the body itself.

It is interesting that the wings not only help the animal to fly, but also are a kind of blanket preserving heat. Bats wrap in their wings during cold periods or when they hang upside down during their sleep.

Baikal bats are small in size and weight. The weight of the most popular birdlike noctule ranges from 6.5 to 14 grams, and the rare whiskered bat weighs from 4 to 9 grams. The color of the fur is also different: birdlike noctule has rather even, relatively light grayish-brown fur, and the whiskered bat, accordingly, has brownish-red fur.

Some interesting facts about bats:

- they lead a nocturnal lifestyle, therefore, their eyesight is poor, adapted to the dark, and there is no strong need for eyesight;

- they possess a rare ability to ultrasonic echolocation, which is also used only by dolphins. It is believed that a special body part of bats emits waves sent around the animals. The waves are reflected from different surfaces; this allows the animal to feel free in the environment;

- they can communicate with each other and even sing songs sometimes, according to scientists’ opinion;

- they are able to fly tens of kilometers at a speed of up to 15-20 km/h, without stopping and resting, performing aerobatic maneuvers;

- they prefer to take off not from the ground, but from a position “head first”, falling from a height, spreading their wings and gaining speed under the influence of gravity;

- they can run on the ground quite fast, move on steep surfaces and the ceilings – of course on the condition that their wings are folded;

- bats living together in the same colony usually belong to the same species;

- they feed on moths, bugs, and their larvae, spiders, and some species living in Latin America suck blood. However, all the bats of the Baikal region are insectivores;

- bats are heterothermal animals: at rest their body temperature can drop pretty low - only a few degrees higher than the air temperature. With the onset of cold weather, they hide in inaccessible places and begin to hibernate; the hibernation in the Baikal region lasts for almost six months - from late September to late spring.

As a result of such features of bats’ lifestyle, these animals are extremely vulnerable; at last this fact has attracted public attention to the problem of their extinction.