Snezhnaya: the River with the Most Siberian Name

Snezhnaya (“Snowy” in Russian) is one of the most interesting water-abundant tributaries of Baikal. The river ranks fourth after such major tributaries as Verkhnyaya Angara, Selenga and Barguzin.

Snezhnaya is an example of the most water abundant and largest river flowing into the lake among all the rivers descending from the spurs of Khamar-Daban. The river stretches to a distance of 173 km along Irkutsk Oblast and Buryatia. The number of tributaries of Snezhnaya is impressive:  about 200; besides, about 100 small lakes are located in the river basin.

The Traditional Source of the Mountain River

Snezhnaya, like many other mountain rivers, originates in the area of bald mountains in the center of the mountain-taiga Khamar-Daban. If you want to know the exact place, this is the Tyrgyn mountain range at an altitude of about 2,300 meters, near the passes of Sangin-Daban and Daban-Utulik.

The experts estimate the river’s water catchment area at ​​3020 km², and its depth depends on the season of the year. The Snezhnaya River “wakes up” in early May, as its ice cover disappears. But the melting of ice does not change the water level. The level of water begins to actively increase, sometimes even up to 4 meters, after the summer rains. According to the descriptions of tourists, at this time the river turns into a roaring wild stream, with muddy water the color of “cafe au lait”.

From the Source to the Mouth

The Snezhnaya River with its sweeping current has a standard character for a mountain river. In the upper reaches it flows along the intermountain hollow separating the main mountain range of the Khamar-Daban and the Khangarulskiy Ridge. At a distance 77 km from Baikal, Snezhnaya flatly turns to the north and rushes to the lake through a narrow gorge. The water of the river flows over the pebble-boulder bottom, and some of the stones are incredibly large. The fast river flow regularly “stumbles” upon shallow-water rapids (“shivers) or upon the surgent rapids.

Snezhnaya is an extremely tortuous river; its curves are especially visible after it comes out of the mountains to the plain. The main amount of the river’s water is located here, on the section of its middle and lower reaches. So, it is no coincidence that the last section of the river before its month has a picturesque waterfall with the poetic name “Polet Belki” (translated as “Flying Squirrel”) and two difficult rapids: “Snezhinka” (“Snowflake”) and “Zhaba” (“Toad”).

The Snezhnaya River offers more than 100 obstacles on its way and is popular among water tourists. But the waterfall and the last two large thresholds are the obstacles that require special expert skills. “Polet Belki” is classified as the category VI + (only several cases of passage through water are known), whereas “Snezhinka” and “Zhaba” are classified as VI.

At the distance of approximately 30 km from the river’s mouth, Sneznaya crosses the border between Buryatia and Irkutsk Oblast. The very mouth of the river is the place where the settlement of Vydrino station is situated; the village of Vydrino (right bank) is situated a bit lower, and the village of Novosnezhnaya (left bank) is also located nearby.

How to Get to the Snezhnaya River 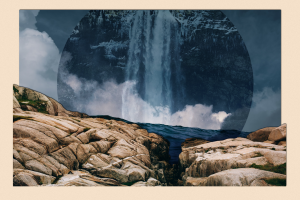 Utulik: the Sportiest River of Baikal

It is clear that if there are inhabited settlements nearby, you should first reach them. But everything is not so simple in this case. If you opt for rafting, then it is better not to go to such wild places independently. The length of the rafting route is about 127 km, but it is impossible to reach the exit point in a “civilized” way. People choose the option to go either to the station of Slyudyanka, or to the station of Murino, one more choice can be to the village of Bayangol (through Ulan-Ude), and then the proceed on foot, in most cases.

Nevertheless, many vacationers prefer to have rest. They are interested in nature in the place where Snezhnaya enters Baikal, or, for example, in the beauty of the famous warm lakes (Skazka, Izumrudnoye, Teploye) at the mouth of the Snezhnaya River: the water of the lakes warms up to + 25 degrees in summer. In this case you can ride a private car or take a shuttle bus from Irkutsk and go along the Kultuksky highway to Vydrino. You can also go by a shuttle bus from Irkutsk to Baikalsk and then take some transport to Vydrino. Vydrino station is the place where trains from Irkutsk and Ulan-Ude pass.

The Beauty of the Snowy Banks

The main bank line of Snezhnaya includes rocky ledges, thick untrodden taiga, deciduous forests, green valleys. The inaccessibility of the place is compensated by its beauty and the purity of the cold river water.

This “freedom of animals” does not mean that a tourist is threatened by danger every now and then. But the elementary rules of behavior must be strictly observed in the forest. It is especially important to remember that the smell of remains of food left near ​​a tent can attract unwanted guests.

The Kharmyn-Dulyu waterfall possesses amazing energy. The water rolling down the ledges along a zigzag trajectory is repeatedly reflected from one wall to another. This is the way a squirrel jumps from tree to tree, and some experts tell that its tail moves along the same trajectory. But this, perhaps, is where the similarity with a graceful flight of the animal ends. The flow of water falls down from a height of ten meters: about 80-100 cubic meters of waters fall during 1 minute! In addition, this powerful avalanche is “broken” into three different-sized jets by the boulders protruding from the water.

If you have no skills of rafting on a catamaran or a kayak which would enable you to look at the waterfall from a fully equipped camping site (let us once again remind you that the waterfall is considered impassable), the waterfall can be reached on foot, although it is extremely difficult. You cannot go along the bank– it has a series of canyons, high cliffs and steep slopes with impassable thickets. A bypass route will take no less than three days.

Experienced fishermen state that fishing in this river is good both in winter and in summer. There is plenty of wish. You can catch grayling, lenok, taimen, perch, and pike.

The most attractive scenery is known to be found in the area of ​​the left tributary of the Snezhaya River called Yunkutsuk. Catching grayling in summer will be especially successful. They say that camping sites in the areas of deep waters behind the rapids are considered to be the best, and shallow waters are good for catching small fish for fish broth.

It is also interesting to fish in small rivers flowing into the Snezhnaya River:  these have unusually pure and transparent waters. Grayling can jump up from the water right out of the blue.