In 1976 the regional game manager Ivan Sizov established the Snezhinskiy State Game Reserve on the territory of Zakamensky District.

This is the largest game reserve in Buryatia: its area makes up around 238.48 thousand hectares; besides, there is a mountain crystal-clear Snezhnaya River on its territory: the game reserve was named in honor of this river. As many as 29 rivers flow from here, and all of them flow into the Snezhnaya River, in its turn, Snezhnaya flows down from the northern slope of Khamar-Daban right into Baikal.

The Central Khamar-Daban is called “Alps of Zakamensky District” because of its severe and hard-to-access terrain. Numerous tributaries and mountain rivers attract tourists to the game reserve to conquer the severe territory on kayaks. If the water level is average, the difficulty of obstacles on the river does not exceed the category IV of complexity, except for the nearby Kharmyn-Dulyu (“Squirrel’s Flight”) waterfall which has the category VI+ and is meant only for real experts.

These places are very picturesque, but very dangerous: the southern slopes of the mountains are considered to be steepest ones around Lake Baikal. One-third of the territory of the reserve consists of bald mountains: rocky peaks and plateaus at an altitude of 1400-2200 meters above sea level. The remaining part is occupied by mountain-taiga forests, and only a small part of the territory falls to lowlands with terraces, foothills and wide floodplains of river beds.

In addition to rafting through mountain rivers, people come here for hiking tours during which they can enjoy the beauty of this wild savage land. However, you will need special transport in order to reach the territory. There is still no roads here, and the best means of transportation, especially in summer, is the horse.

The lowest air temperature in the reserve was recorded at -46.3 degrees Celsius, so there are pretty many snow fields that do not ever melt. The maximum air temperature amounts to +36.1.

Flora of the Game Reserve

Cedar and larch are found in Snezhinsky Game Reserve more often than other trees. The northern part of the game reserve is rich in Siberian dwarf pines famous for their excellent adaptation to the harsh climatic conditions of the north and the fact they do not suffer from low temperatures.

Spruce, fir, birch, aspen, alder and even bird-cherry grow along river valleys and on flat swampy interfluvial areas. A part of the territory of the game reserve is occupied by subalpine meadows with abundant grassy vegetation. Extensive bald mountains with rocky areas are covered with multicolored lichens, reindeer moss and rhododendrons.

By the way, the rare species of Rhododendron adamsii grows on the territory of the game reserve; people call this plant “sagan-dailya” (aka “White Wing”). Sagan-dailya is called “the herb prolonging life”, and it’s no coincidence. The plant has a favorable effect on the cardiovascular system, regulates blood pressure, slows down the ageing process and is even used to prevent cancer. “Key to Baikal” already wrote about the proper way to brew this herb in its article devoted to the Baikal herbs.

Fauna of the Game Reserve 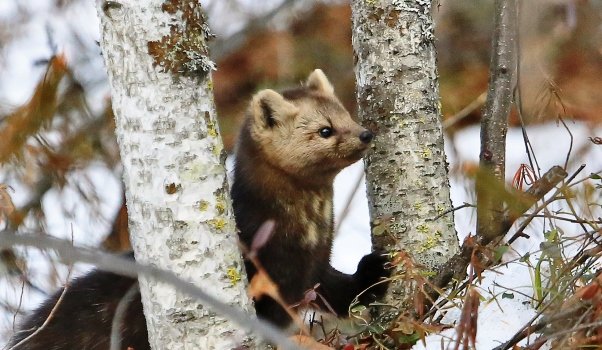 Just like any other game reserve, Snezhinsky has become a home for many animals. Here you can see Far Eastern red reindeer, elk, Siberian roe deer, musk deer and the symbol of the Siberian taiga: the fluffy sable.

Lynx, wolverine, fox, brown bear and wolf also live here. The Khamar-Daban population of wild reindeer lives in the bald mountain part of the reserve. They say that no more than 250-300 individuals of these beautiful and trusting animals have survived in the region.

Several arshans come to the surface from under the ground in the game reserve. One of them, the one on the Kit-Kit River, is very revered among the locals who have treated joint diseases here since ancient times.

The greatest and the most revered mountain of Khamar-Daban - Khan-Ula (2371 meters high) - is situated in the game reserve. The name of the peak is translated from Buryat as “lord mountain”: “khan” means lord, “ula” means mountain. The eastern slope of Khan-Ula represents a steep rock that hangs over the valley in a half-kilometer sheer drop. The mountain is adjoined by the ridge on its western side: many climbers ascend to the peak along that ridge.

Rafting on the mountain river of Snezhnaya is most often carried up to the mouth of the Tsagaan-Chulutai River. In the beginning the route looks rather calm, so even inexperienced tourists manage to master the control technique. If you come across difficult rapids, you can always get off the boat and continue the way on foot. Organized tours are arranged in the reserve: then you will be accompanied by an experienced guide who knows the area pretty well.

A Walk along the Old Merchant's Road 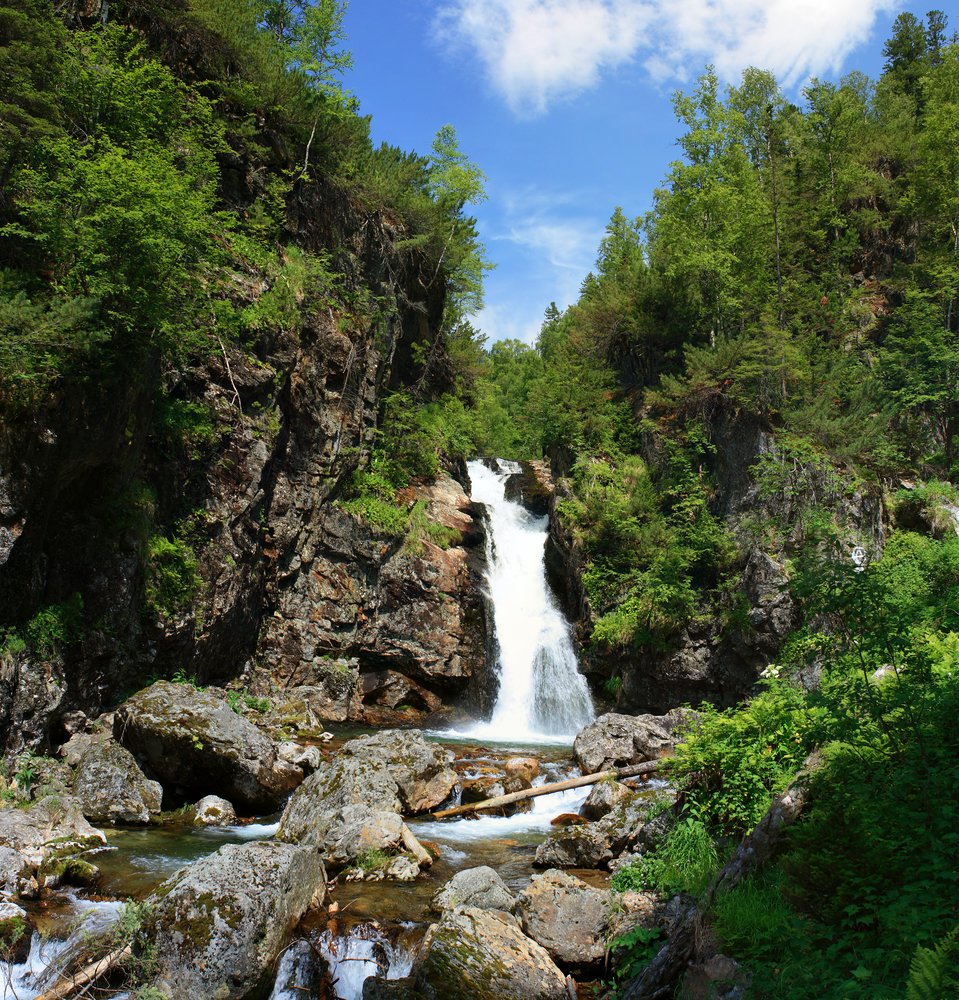 An old road has preserved in the game reserve: it once was a merchant’spath crossing the taiga and the ridges of Khamar-Daban, from the coast of Lake Baikal to the Dzhidinskaya valley. It is called “Igumnovsky Traсt”, by the name of the merchant who once paved this road. Overgrown with bushes and forests, turning into an animal path in some places, this road is still used both by local residents and tourists.

You can relax at the mountain lakes in the bald mountain area of the game reserve. The most beautiful and largest lake is Patovoe situated on the plateau in the centre of Khamar-Daban, in the high-altitude tundra zone. The rivers of Khara-Murin, Shibutui, Shibetuy, Kharnakhoytuy begin there. The lake itself is not very deep, its coast is overgrown by willows and birches: they provide enough shadow to have rest in after a long walk.

There is also another lake on the game reserve territory named after the game manager Ivan Sizov who created this remote game reserve that is still almost untouched by civilization.