“Key to Baikal” starts a new series of articles on the rivers flowing into the lake and filling its waters. The main artery of Lake Baikal - the Selenga River – has become the first in the list.

Sometimes it is necessary to recall copybook maxims, in order to ask yourself about the essence of the things that may seem obvious facts or phenomena. It is well known that Baikal is one of the largest reservoirs of drinking water on our planet. There are legends about the purity and transparency of its water. But this wealth is actually not eternal. It is constantly replenished due to the multitude of rivers flowing into the Lake.

Nowadays it is hardly possible to name all of them. The figure of 336 rivers has become a textbook indicator. However, sometimes streams were called rivers; some of them have already disappeared due to various factors. Nevertheless, water arteries, especially small ones, flowing through pristine places, bring pure water to Baikal, and its purity is maintained by Baikal plankton. Baikal tributaries include rivers with beautiful and romantic names - Selenga, Snezhnaya, Frolikha... Some names are pretty unusual - Kabanya, Nalimovka, Pokhabikha, Klyuyevka.

Earlier they said that Baikal had 336 wives, and his favorite was the water-abundant beauty Selenga. According to the place of origin, the river is “foreign”, since it originated at the point of confluence of two Mongolian rivers, Delger-Moron and Ider-Gol. When entering Baikal, Selenga forms a huge delta, presenting a many-kilometer thick loose sedimentation. From outside the delta looks like a huge swampy plain with meadows divided into islands by numerous channels and loop lakes. The age of the delta of Selenga is about 500 thousand years. Correspondingly, the fact that the origin of the Selenga dates back to the remote past is undoubted. However, the history of the river itself is ambiguous: for some Angara and Selenga were once a single water reservoir (before the formation of the Baikal basin), and for others Selenga is a tributary of the Lena River.

The old age of Selenga is certainly confirmed by archaeologists. Its banks have revealed the secrets of the Stone and Bronze Ages to the scientists. Researchers found the remains of settlements, cemeteries, burial mounds, unique cave and rock paintings. The latter include images of animals (deer, wild boar, camel), and fish, hunting scenes, as well as the images of space bodies.

The name of the river itself – Selenga – is pretty mysterious. Versions are numerous and contradict each other. The Orkhon letters dated by the 6th-8th centuries mention the river as “Selene”. The Chinese chronicles told about the Uyghurs who lived in the upper reaches of the Solin River in the 9th-12th centuries. The Russian documents of XVII century give two forms of the river’s name: Selenga and Selimba.

Today the name of the river is “referred” to Buryat or Tungus (Evenki) languages.

In the first case, the translations are different – “smooth”, “spacious”, “calm” (from “seleeh”), or “flood”, “lake" (from “sel”). However, historical evidence suggests that the name Selenga existed in the times when the Buryats were not even a nationality.

There is also a common opinion that Selenga means “iron” (from the Evenki “selenga”, where “sele”, which means “iron”, is the word stem). Those who disagree with this approach are motivated by the fact that neither iron nor other metal was found anywhere along the current of Selenga.

As you can see, the question of the meaning of the name of the largest tributary of Baikal remains unsolved. 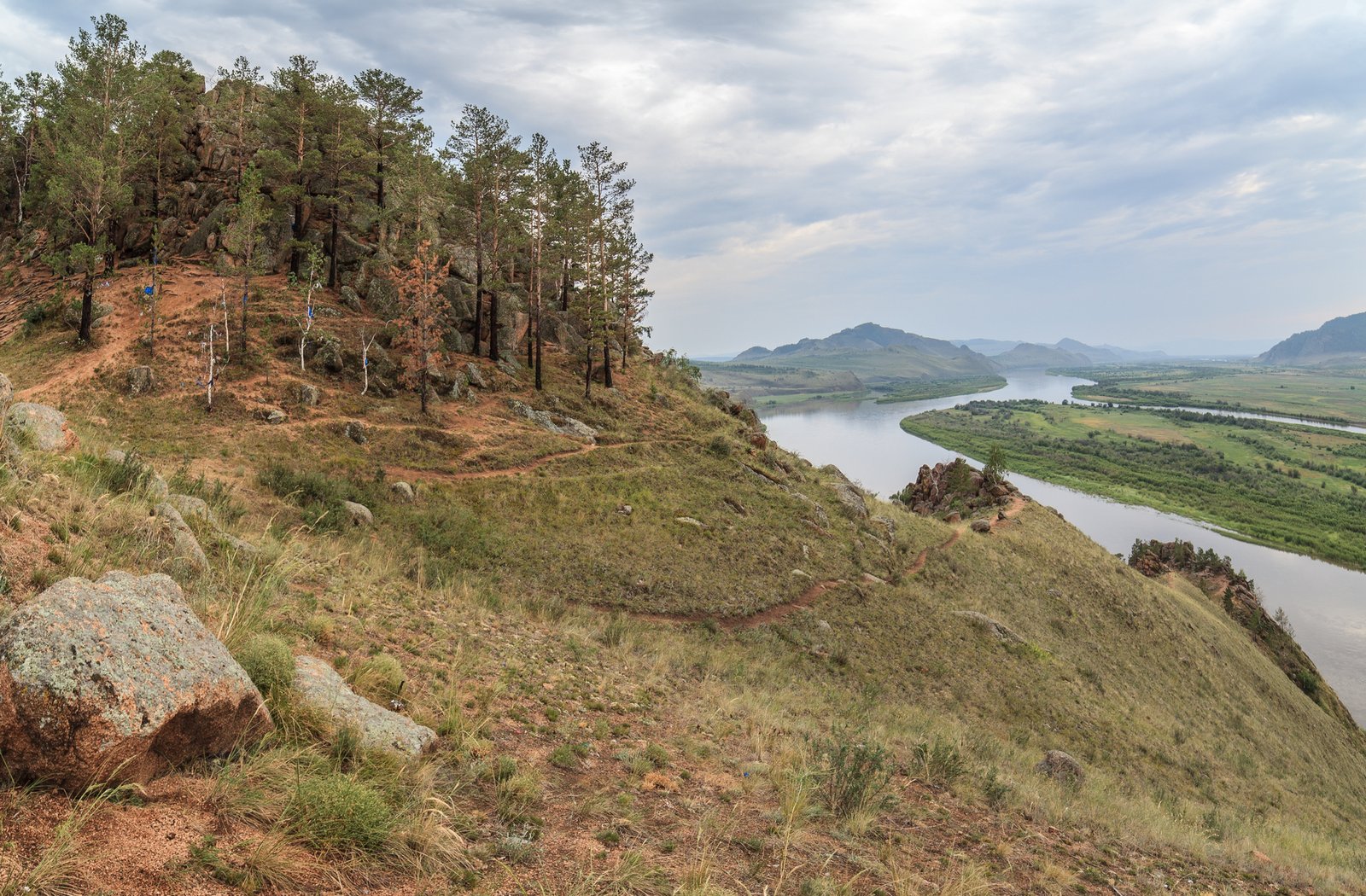 But if science can’t tell, we can turn to the help of ancient tales and legends.

It was a long time ago. So long ago that nothing has been preserved since that time, only a rumor is passed from grandfathers to grandchildren, from fathers to sons. Back then the biggest Baikal Tungus family wandered along the coast of the lake where the Angara originates. They wandered on and on through the taiga thicket and encountered an unfamiliar tribe, but this tribe turned out to be akin to them. There were Tunguses from the Chilchigir family who roamed the northernmost coast of Lake Baikal. Here is the story told by a Chilchigir prince:

“Our ancestors lived here, on the place of the current habitat of yours, Baikal Tunguses. But there was a disaster. They went to Baikal to hunt the seals, and an ice floe with them tore off and began to float around the sea. When the wrecks were carried to the opposite coast, it was impossible to return. Thus, Chilchigir Tunguses had to live in a new place, and engage in hunting, their traditional activity. Once during the hunt they saw a large river. They went upstream and found yet another river flowing into the first one. Chilchigir Tunguses had long wandered around these rivers, but met no living soul. They lived on that coast for a long time, got used to that big river, but then a trouble happened once more. I and my people went to Baikal for fishing; all of a sudden a terrible storm began. Our boats were destroyed, somehow we got to the coast where our ancestors had originally lived, our fathers and grandfathers used to tell us about it.”

The Baikal Tunguses were very curious and asked the prince about the name of that big river once again. The prince answered that the river had no name, because people had not reached it yet, whereas only people could give names to rivers.

- “Where does the river flow?”

Then the Baikal Tunguses understood that this river flowed above Lake Baikal, so they gave the name of “soling” to the upper reaches of rivers and all the rivers flowing above; later Buryats and Russians changed this word and called the river Selenga.

It is important to know that such legends can be heard both from Evenks and Buryats.