As the old-timers say, one of the most “Baikal” natural phenomena can be seen in spring, in May, when Baikal is preparing to surprise everyone with its beauties: it is a mass flight of caddis flies.

Caddis flies are the larvae of an incredibly diverse “team” of moths living in the grass and bushes along the coast of the lake.

The Professor Mikhail Kozhov stated that 37 species of caddis flies lived in Baikal, the majority of them (21 species) preferring warm shallow water, and the rest living in the more severe open waters of Baikal. Different information can also be found: the fauna of caddis flies of Baikal is represented by 53 species, 24 genera, 9 families. Besides, 14 species are endemic.

The inhabitants of Baikal call the caddis flies “lipachan”, from the Evenki “lipach” - stuck together; their other names are also “marsovik” and “ledyanka” (“ice fly”). 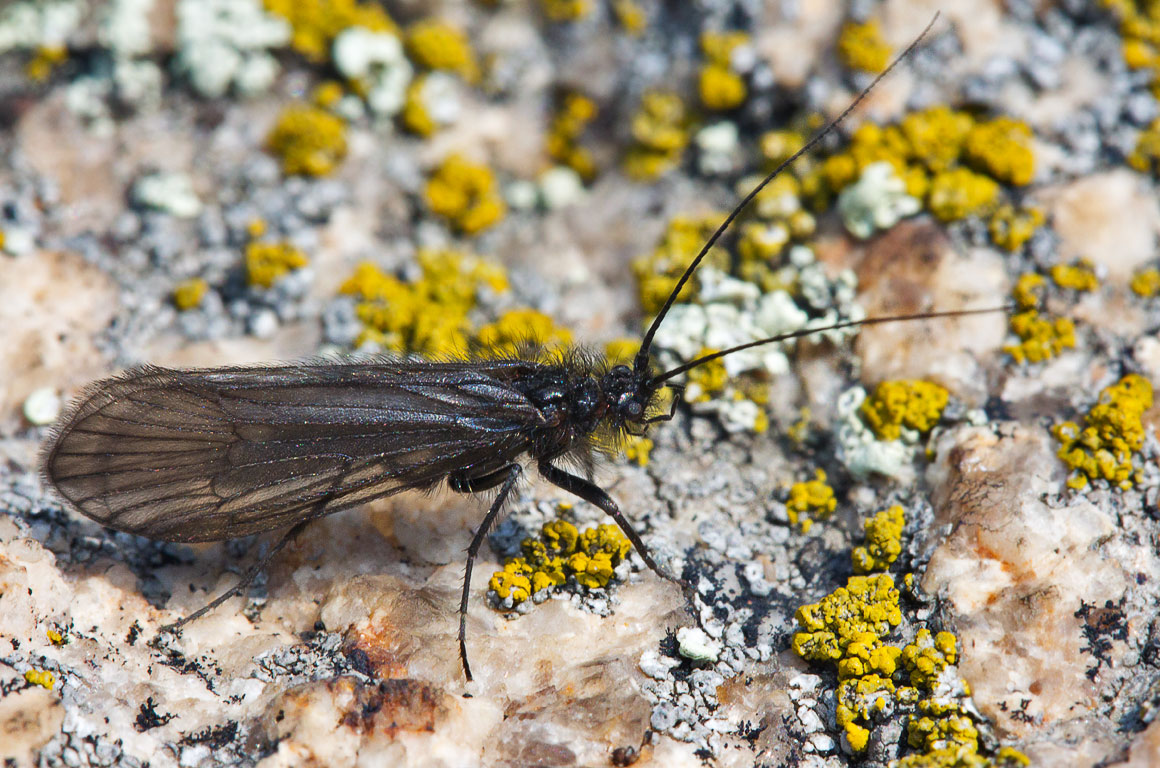 Caddisflies are the aquatic insects of Baikal going through a full cycle of transformation during their lives.

A larva has an elongated body with a distinctive head, a chest with well developed thoracic legs and abdomen. Larvae live only in the water, constructing portable houses-caps of fanciful forms.

A pupa begins its life cycle in the cap that was created during the larvae stage. For a certain period of time it simply lives in Baikal water; whereas the last stage - turning it into an adult insect - is connected with staying in the air.

The pupa of caddis flies is “armed” with powerful upper jaws: it uses them to tear the front end of the cap before the transition to the imago stage (adult stage of the individual development of insects). Once a caddis fly is liberated, it does not hesitate to test its abilities to move on water: it swiftly swims on its back, making peculiar swimming movements with long medium legs (the insect has a total of six legs). Having reached the coast, the pupa gets out of the water and begins to rhythmically move its abdomen. The little body swells, spiracles open, and the insect is transformed into an adult individual - a small butterfly of dark (brown or yellowish-brown) color.

The famous Baikal researcher G. Yu. Vereshchagin noted that the Baikal caddis flies are bad flyers, and the majority of the species do not fly farther than a few tens of meters to both sides. Two forms of Baikal caddis flies are distinguished by their unique way of life: they are the representatives of the exclusive genus of Tamastes and one of the species of Baikalines. Their rear wings are shortened to such an extent that they cannot fly at all, but are adapted for swimming on the water surface.

He also suggested that the disappearance of the wings of some Baikal caddis flies was connected with rather powerful and frequent spring winds. And if the local caddis flies had the same wings as the main forms of their relatives do and could fly in the same way, the most part of them would pretty soon be carried away from the lake.

The life of the imago is short. At the end of June, they usually lay their eggs in the water of Baikal and die.

The caddisflies feel comfortable on the stone grounds of Baikal bays and on the snags of the lake shallows. In these places they form entire settlements, living in the “houses” made of small garbage and grains of sand, slowly moving along the bottom together with these houses, just like snails. If you have a closer look, these “moving houses” strongly resemble peculiar sand tubes. As Vereshchagin wrote back in 1949, caddisflies are a bright example of the development of living creatures living in Baikal completely separated from other members of the same group. The caddis larvae, obviously, spend more than one year in the lake, as it is usually the case in other water reservoirs; instead, they remain in the lake for three years, that is, they spend three winters in the lake. This feature is most probably associated with extremely low water temperatures in Baikal.

The caddis flies larvae are widespread in Baikal mainly at the depths of 2 to 20 meters, where their houses often cover separate stones with a thick cover made of several layers.

Beginning from mid-May (sometimes from April), large numbers of these insects appear on the surface of Baikal right out of the blue, purposefully moving towards the lake’s coast. And all the remaining ice is “painted” with peculiar black “streaks” that are relentlessly spreading along the coastline. These are the “crowds” of Baikal caddis flies pupae getting out from under the ice: it is no longer a solid monolith by this time of the year.

The warm spring sun softens the Baikal ice at the end of April, and the cracks filled with water penetrate the ice mass. These holes are used by the bottom inhabitants to get out to the surface and go on their last voyage.

The way along the water is difficult: the pupae need to overcome the steep slopes of the ice breaks, the stains of water, as well as the obstacles of the impressive hummocks. However, the unique purposefulness of the movement of these small invertebrates is striking: they deliberately tend to reach the land, as if a special compass is “built into” them.

There is a story telling about a simple experiment. A separate individual was removed from the mass of its relatives and left among the high piles of ice – even a human could not see the coast from there. To ensure the study integrity, the caddis fly was also turned to different sides. But the insect always found the right way.

A Link in the Food Chain 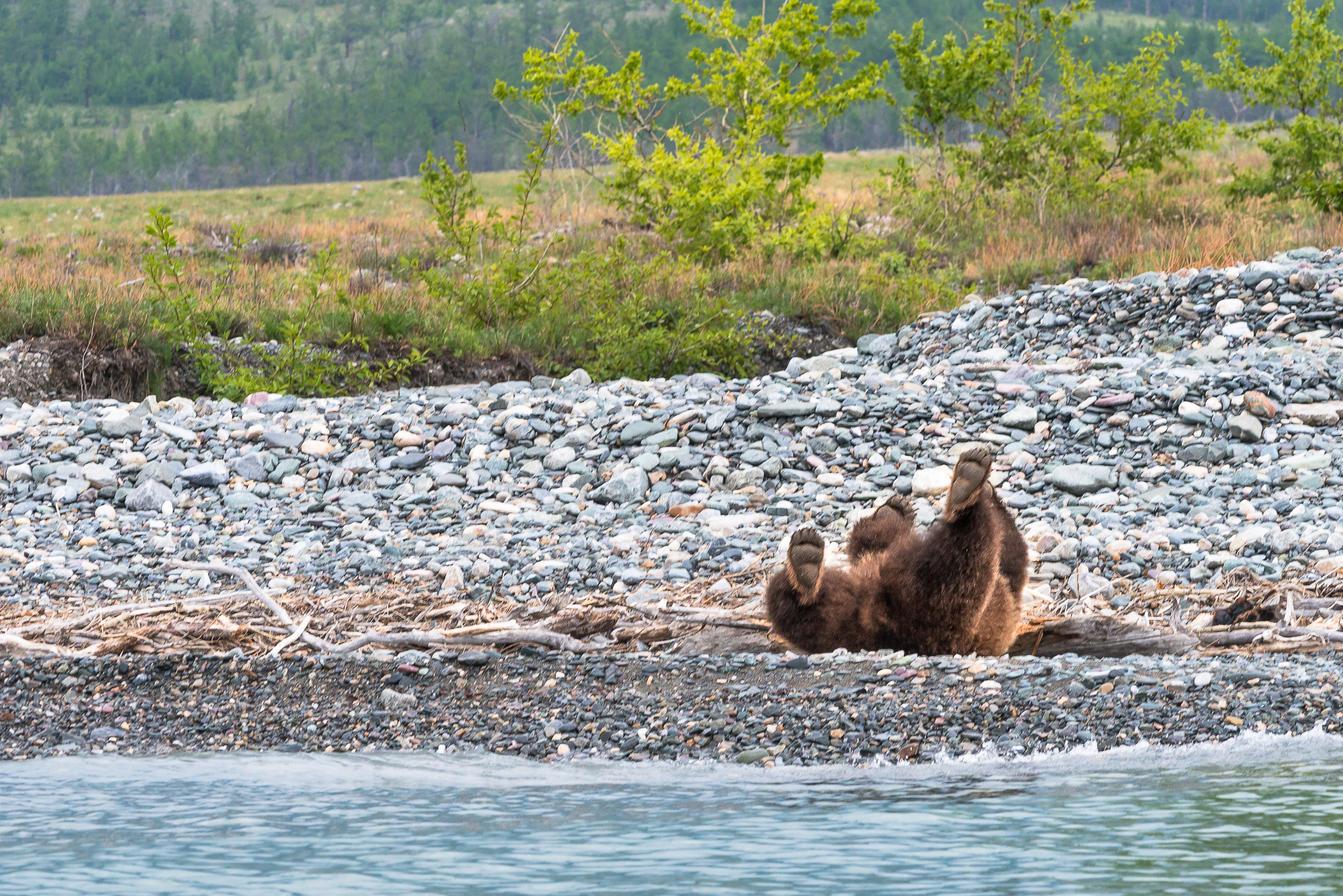 The caddisflies are the perfect food for many inhabitants of Baikal and its coast. Larvae, pupae, as well as the adult caddisflies are extremely popular among Baikal fish, especially grayling and black lenok.

When purely forest birds arrive at the coast, they may have a real feast. For many birds on the coast, the feeding time of their chicks coincides with the mass arrival of caddis flies.

Even the mammals that are usually not very interested in animal feed (squirrels, chipmunks) completely change their diet in the presence of this easy prey.

However, the biggest connoisseur of caddis flies is rightfully considered the bear: this animal descends from the mountains to eat this delicacy and consumes up to 5-7 kilograms of caddis flies in one meal.