The Discoverers of the Underworld: Who the Speleologists of the Baikal Region Are

Now that no more blank spots are left on the map, the new discoverers are speleologists looking for new caves. The guest of “Key to Baikal” will tell us about the ethical rules of visiting caves, the mystery of thermal anomalies and list the 5 best caves of the Baikal region.

Our interlocutor today is Mikhail Aleksandrovich Vilor, the Leading Engineer of the Laboratory of Engineering Geology and Geoecology of the Institute of the Earth’s Crust of SB RAS, Deputy Head of Speleology Department of the Youth Club of the Russian Geographical Society.

Key To Baikal: “What is Speleology Department engaged in?”

“It is studying speleologic objects - grottoes and caves, managing speleological projects, protecting caves and training new cavers. Our important task is environmental education dedicated to the rules of staying in caves.”

Key To Baikal: “Are there many caves in the Baikal region and what are their features?”

“Baikal region, or, as scientists call it, Irkutsk karst amphitheater, has more than 300 speleologic objects, including small grottoes. But if we take prominent caves, there are about 20 of them. These include the famous Botovskaya cave (the longest of all Baikal caves, one of the longest ones in Russia), Kurtuiskaya, Argarakanskaya and Okhotnichaya caves. Perhaps the most well-known and beautiful cave on the coast of Lake Baikal is the Mechta (“Dream”) Cave.”

Key To Baikal: “How did your Speleology Department emerge? Which caves have you been to, what research have you conducted in recent years?” 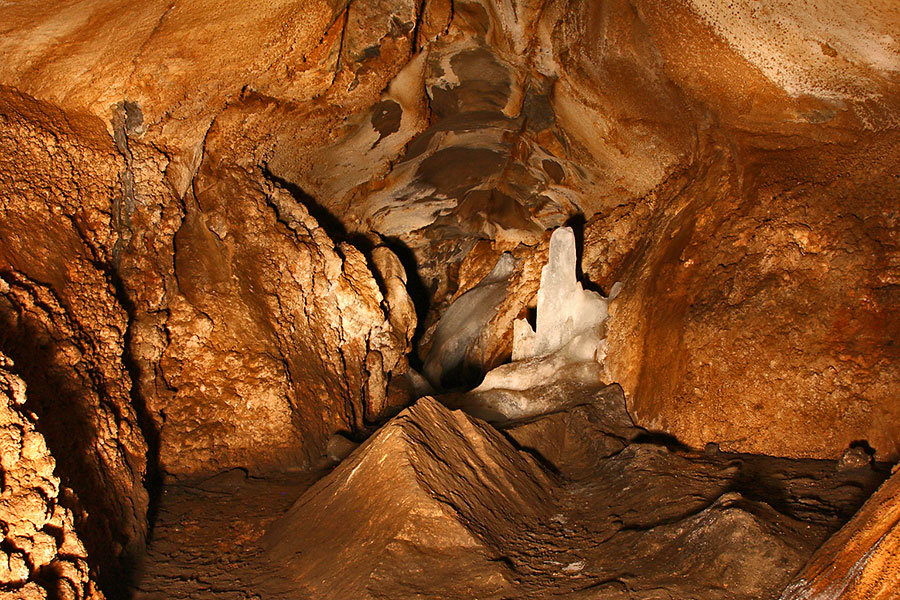 “The Department was founded on the basis of a scientific project for studying the caves of the Kurtuisky tract containing the deepest cave of the Baikal region (144 meters). These objects are interesting in the fact that they are located in the zone of thermal anomalies (anomalies of thermal infrared radiation). Hypothetically, these places may hide geothermal resources.”

Key To Baikal: “Did you present this research to the public?”

“I presented the description and source material from these caves at the scientific conference titled “Modern Problems of Remote Sensing of the Earth from Space” in Moscow in 2017. My work caused interest among the employees of the Space Research Institute where this event was held. I even received a small award for the report (M. Vilor is laughing).”

Key To Baikal:  “What are the manifestations of thermal anomalies in the Baikal region, on top of that inside the caves?”

“The caves have a stable temperature both in winter and in summer. During the cold season, the air in the caves of the Kurtuisky tract is warmer than in ordinary caves. There are many thawed patches on the adjacent territory. Therefore, we go there at the lowest temperatures, when the air temperature in the cave drops to -30 degrees Celsius. We climb the hill where these caves are located, approach the thawed patches and warm our hands in the places where warm air comes out. I took measurements by a probe thermometer in the thaw holes near the caves where the soil temperature reached +10 degrees Celsius.”

Key To Baikal:  “What is the reason for the anomaly?”

“It is connected with seismic and thermoactive faults.”

Key To Baikal: “Does that mean there is a layer of hot water or magma coming out somewhere close to the surface?” 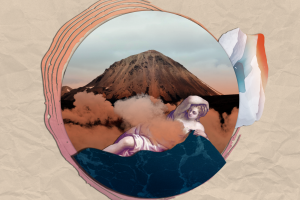 “I cannot tell for sure. Now we only see the fact that the earth’s surface warms up better there. Everything else may be crystal gazing. We, in turn, should only use proven facts.”

No matter how hard the author of the article tried to get the scientist’s answer, he disclosed no versions of the causes of the anomaly. However, there was a feeling that there is something behind this phenomenon. “Key to Baikal” will closely monitor the progress of the research.

Key To Baikal: “What projects are you currently implementing?”

“We won a grant from the Federal Agency for Youth Affairs, the project is called “The Unique Laboratory: Okhotnichya (“Hunter’s”) Cave”. The idea is to preserve this very cave directly through integrated data collection and creation of a virtual tour. This should reduce the burden on this natural object, as well as help to determine the legal status of this cave. Because the cave is now just a closed natural object where only certain groups of scientific researchers are officially admitted.”

Key To Baikal: “What is the biggest problem of the caves in the Baikal region? Why do we need to protect them?”

“Because there are many ill-behaved tourists who do not observe safety precautions and have no idea about the ethical rules of visiting caves and rules of behavior in the wild. They drop trash in the cave, scratch various graffiti on the walls, break off stalactites and stalagmites and so forth.”