Munku-Sardyk: the Mountain of the God of War

The highest peak of the Sayan Mountains - the Munku-Sardyk Mountain – is situated in the very south of the Baikal rift zone. According to local residents, the main character of the Mongolian and Tibetan legends, the great hero called Geser, lives here. “Key to Baikal” will tell you about this famous mountain and why you should definitely climb it.

The operator of sociocultural projects, a member of the Irkutsk Youth Club of the Russian Geographical Society

The name of the mountain translated from Buryat language means “eternal bald mountain”, and this mountain is located partly in Mongolia, partly in the Republic of Buryatia. Just like many mountains, Munku-Sardyk is a sacred place: the access to it was previously strictly limited and was completely forbidden for women. In order to approach the mountain, a man needed to offer sacrifice to the spirits.

In addition to the spirits of the mountains, Munku-Sardyk is a home for the main character of the Buryat epic, warrior Geser. He is worshipped not only by Buryats, but also by Mongols and Tibetans. Geser is often identified with the son of the sky, god of war or patron of warriors, sometimes even with “the Master of 10 countries of the world, Eradicator of 10 evils in 10 countries of the world”.

There were mysteries devoted to certain parts of the epic about Geser (these parts were called Geseriades). In spiritual practices Geser is presented as a universal guardian deity (like the majority of shamanic deities), acts as the patron of warriors, protector of herds, conqueror of demons, giver of a happy destiny (including luck in hunting). Shaman invocations sometimes call Geser “Burkhan” or “Tengri”, he is called the son of the sky living above a high white mountain peak in a house of clouds and fogs. The holiday of Geser - Sagaalgan – has always been celebrated in spring and accompanied by singing and archery.

According to the legend, the palace of Geser has been preserved in Tibet, instead of beams this palace is supported by “swords and spears” of his warriors: after accomplishing his feat, the King Geser has kept all his weapons there. Temples of Geser can be found in Ulaanbaatar, as well as in Lhasa. 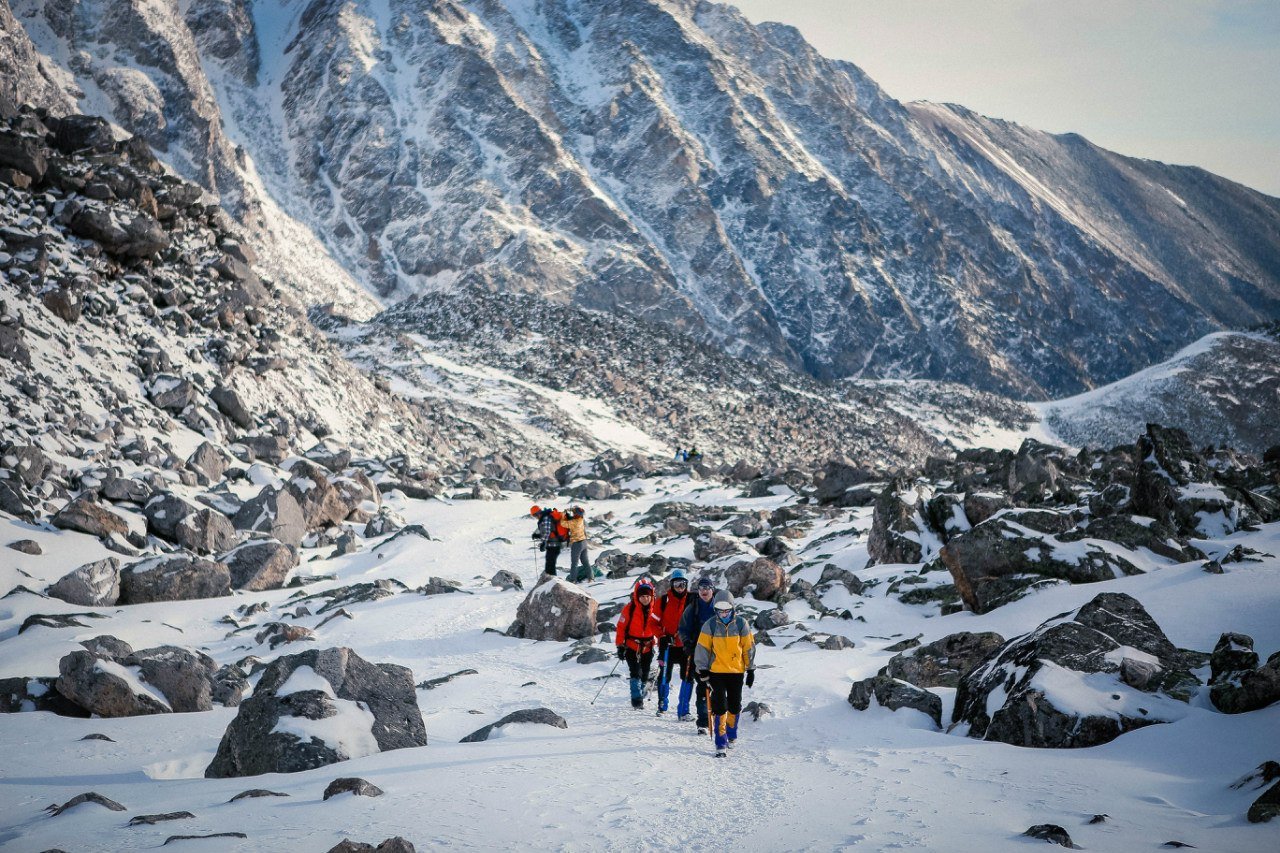 The Munku-Sardyk Mountain is not the tallest one in the world, and climbing it is not especially difficult, however, it will require preparation. The best time to climb is the end of April and the beginning of May, when climatic conditions of that place are optimum.

To climb the mountain, you will need a lot of material resources: from several pairs of shoes to ice axes and headlamps. You will need to take a big backpack. If you have already been to the mountains, then is will be easy for you to choose equipment for a hike the will last for a few days. If you go to the mountains for the first time, be sure to consult experts concerning necessary equipment, and it is the best to join a group for climbing - it is not expensive.

As a rule, a journey to Munku-Sardyk takes several days, therefore you need to be prepared for a long journey both physically and psychologically. The distance from the camp at the foot of the mountain to its peak and back makes up about twelve kilometers. This is not much, but since this route is a mountain one, it may seem rather difficult for a beginner. You should have some practice before climbing the peak.You will also have to prepare the necessary documents for visiting the border zone, because Munku-Sardyk is partly located on the territory of Mongolia.

Paying a Visit to Geser

The route to the mountain begins from the Bely Irkut River. The first stage of the route is relatively easy and crowded. There are many people who want to climb the mountain in early May. Although May is a warm season of the year, you can still see the snow in lowlands.

The route to the mountain peak passes through picturesque canyons, so the way will not be boring. An overnight stay is usually organized at the lake. A special route includes the transition to the Kontrastov Pass and Obzornaya Mountain that provide an excellent view of the Okinskoe Plateau and the peaks of the Munku-Sardyk Mountain in case of good visibility.

Most often people climb to the peak only on the third day of the journey. They depart early in the morning and without backpacks. The higher they get, the weaker is the feeling of fast-approaching summer. There is a chance of getting into a real winter snowstorm.

Shortly before reaching the peak you will have to use an ice ax. The peak itself is a small patch of land with a large memorial cross. It is rather interesting to observe the intertwining of different cultures at the top of the mountain - the Orthodox cross and Buddhist bands, tourists from all over the world and the voices of dozens of people on the sacred mountain in the heart of Asia. The mountain peak offers a stunning view of Lake Khövsgöl - a younger brother of Baikal.

Descending the mountain is easier in physical terms, but the technique is even more difficult. One must pay due attention and stay alert by all means.

Geser has united many nations, becoming a hero and a deity. Even now he continues his mission, uniting travelers who come to visit him, to the peak of the Munku-Sardyk Mountain.