Baikal and its almost entire coast constitute a specially protected natural area, one of the types of such areas is a game reserve. A game reserve is a territory of special importance for the preservation or restoration of natural complexes or their components and for keeping the ecological balance. This areas serve to protect certain species of flora, fauna, natural objects...

“Frolikhinsky” is officially a state nature game reserve of federal significance, it was originally created in 1976 as an object of local importance. Administrative management on the territory of the reserve is executed by the Federal State Budgetary Institution “Zapovednoe Podlemorye” including “Frolikhinsky” game reserve. The reserve territory is included into the Central Ecological Zone of Lake Baikal and is a part of the “Lake Baikal” World Natural Heritage Site.

The reserve has biological and zoological profiles and is designed for preserving and restoring valuable, rare and endangered wildlife objects, as well as their habitat.

The reserve is located in the North Baikal region of the Republic of Buryatia on the north-eastern coast of Lake Baikal, 40 km away from the village of Nizhneangarsk and 45 km away from the city of Severobaikalsk.

The total area of ​​the game reserve makes up 109 200 hectares with the following boundaries:

The relief is alpine, sometimes in the medium-altitude range, the ridges of mountain ranges are narrow, often rocky, the peaks of the mountains are pointed, there are skerries as high as 3-16 m. A significant fluctuation in heights is characteristic of this region. The peak dominating Frolikha Lake (“Medvezhiy” bald mountain) reaches 1877 m above sea level.

The climate is extremely continental, with large fluctuations amplitude in annual and daily temperatures. The minimum monthly average temperature is observed in January (-22 to -40 ° C), the maximum temperature - in July (+ 17 ° C).

The territory of the game reserve is related to the coniferous taiga zone, except for the bald mountain belt. Forests consist mainly of Dahurian larch, pine and silver-fir. There are also cedars, firs, aspens, birches, cedar shrubs. Lichen wastelands are widespread at the altitudes 1600 m above sea level, whereas birch, aspen and willow groves are mainly located at the places of former fires. 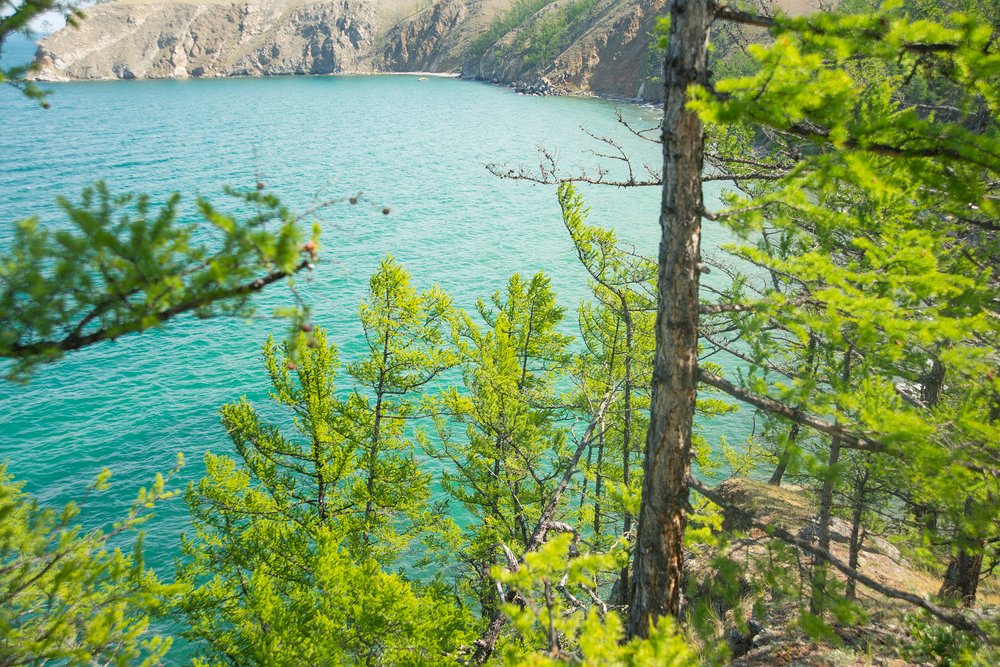 The structure of the coastline, semi-submerged rocks near the capes, create  the conditions for the summer gatherings of ringed seals on the capes of Nemnyanda, Frolova, Lakanda, Shandaki, forming the northernmost rookeries of the Baikal ringed seal which is the only mammal living in the waters of Lake Baikal.

Frolikha Lake is a magnificent mountain lake surrounded by majestic peaks and the main attraction of the game reserve. This is one of the largest lakes in the entire coastal zone of Baikal: its depth reaches 80 m. It is located in the spurs of the Barguzinsky Ridge surrounded by taiga forests. A salmon unique for Siberia - arctic char (davatchan) - lives in this lake.

Ayaya Bay. A marvelously beautiful narrow bay is the place where the way to Lake Frolikha begins. “Ayaya” means “beautiful” translated from Evenki. The Bay protrudes into the mainland to 4 km, forming a quiet cozy harbor. Sloping boulders, sandy beaches, pure water, beautiful mountain scenery are the main characteristics of this place. There is a small reef 20 meters away from the Ayaya Bay where Baikal ringed seals like to bask on the rocks.

Caves and dunes of the Turali Cape. “Turali” rocky cape is located 6 km away from the “Khakusy” complex, the cape is known for its deep  narrow caves and coastal dunes of white coarse-grained sand. The name of “turali” means “rattling, singing sand” translated from Evenki. Before the water level in Baikal rose, the dunes of the Turali made sounds similar to singing during a walk on them or when the wind was strong. There is also Turali Bay, hidden from Baikal by rocky capes. The bay is known for its “bottle” larches. This natural miracle appeared because of the thickening of the trees’ bark near the roots, so that their trunks resemble bottles.

Aman-Kit Cape. A sheer rock on the coast of Lake Baikal (in the southwestern part of the game reserve). For Evenks the cape was the personification of a powerful deity called Dianda.