What Is the Most Unusual Waterfall of Baikal Famous For?

Heads up, ecotourists! We have found the perfect (and unique) place for you to visit on the lake! The waterfall on the Bezymyannaya River is a unique natural monument of Baikal, and the bay where it is situated is a textbook example of the consequences of glacial action on the Baikal Range.

Ecotourism, among all other things, is also a chance to see the unique natural riches of the Father Baikal and its coastal areas. These include the waterfall on the Bezymyannaya River: the waterfall was recognized a natural monument of regional significance in December 2018 for the sake of preserving, exploring and maintaining this irreplaceable geological, geomorphological and hydrological natural complex in an unchanged condition.

How a Waterfall Is Formed

A waterfall is a miracle that can impress everyone. It is no coincidence that these amazing natural phenomena appeared in the Baikal region, because they are the results of an earthquake, a soil shear, volcanic activity, etc.

In general, a waterfall is a flow of water falling from a steep ledge that crosses a river bed. It is formed in those places where rocks are especially strong or tectonic rises and descents exist. At the same time, unlike a rapid, a waterfall should have a height exceeding one meter.

There are various types of waterfalls, but the one located on the Bezymyannaya River is a so-called cascade waterfall. The word “cascade” is derived from the Italian “la cascata, una cascata”, which is actually translated as “a waterfall”. There is also the French version: “une cascade” that is, “to rapidly fall down”.

The cascade type of waterfalls means “leaps” of the water jet from one surface to another, in our case - on the ledges of solid rocks.

Where Does the Waterfall Live? 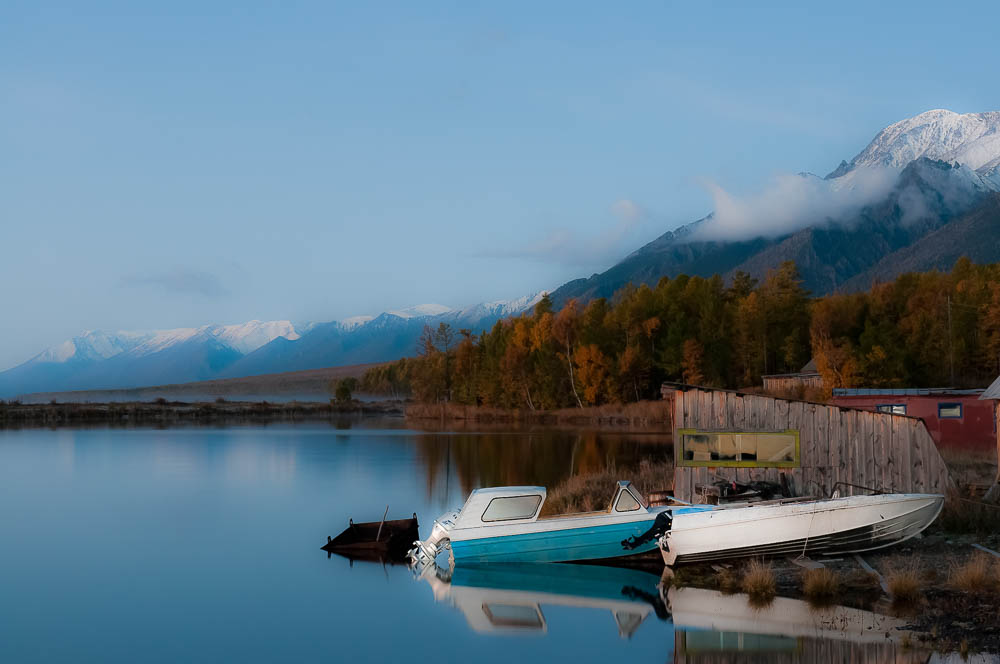 The natural monument is located in Olkhonsky district of Irkutsk Oblast, on the Bezymyannaya River, between the capes of Zavorotny and Yuzhnu Kedrovy, near the Zasechnaya Bay. This is the south-western side of the topmost belt of the Baikal Range (altitude of about 1,200-1,500 meters), 3 km away from the coast of Baikal.

By the way, these capes themselves are excellent for ecological tourism; moreover an extremely interesting Zavorotnaya Bay is located there. As Fedor Drizhenko wrote in his essays, “the Zavorotny Cape is formed by a wide disintegration of two significant highlands... The coastal strip nearest to the lake is lowland and consists of deposits of mountain streams, coarse sand and flat stones. The gentle slopes are covered with mixed forests almost to the coast. The Severny Kedrovy, Sredny Kedrovy and Yuzhny Kedrovy Capes are essentially rocky coastal cusps named after the cedar forest growing on their internal slopes (in Buryat they are called “khashte”, which means “cedar”)”.

The Zavorotnaya Bay is actually of artificial origin; it emerged due to the confluence of the coastal lake with Baikal: after the construction of the Irkutsk hydropower plant, the water level rose here. The bay itself and the waters of Baikal are separated by a 800-meter narrow stone spit, and the bottom of the Zavorotnaya Bay was deepened to 6 meters for the convenience of ships entering the bay. The bay is considered an excellent hiding place from free Baikal winds and violent storms. The Zavorotnaya Bay is a marvelous spot of Baikal nature, sheltered from the weather, perfectly suitable for navigation, rich in fish, game, wild plants. Ultimately, all this “wealth” is accompanied by the almost complete absence of people!

It is rather difficult to reach Zavorotnaya Bay: by water (in summer) or by car (on the winter ice), or by helicopter.

The Zasechnaya Bay is known for the fact that on June 26, 1880, I.D. Chersky made a mark (notch) at one-meter height above the level of Baikal: it is considered to be a real monument of the history of science.

It Is the Only One of Its Kind on Baikal 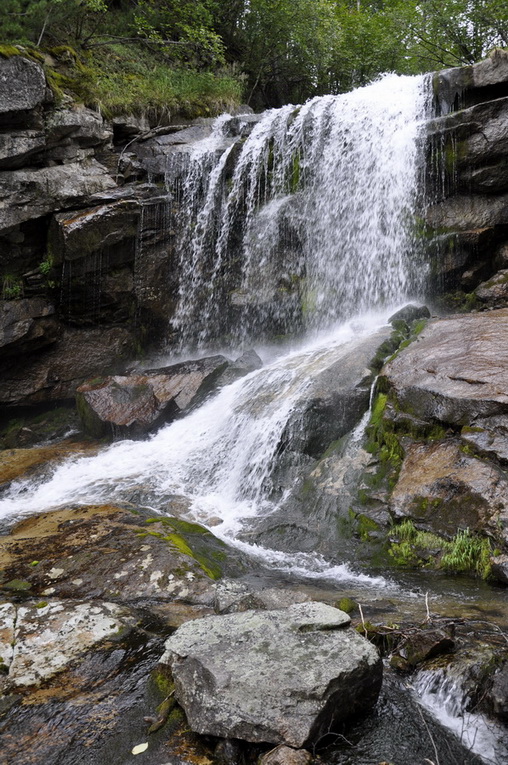 Our cascade waterfall reaches the 350-meter mark and produces a huge impression thanks to its three steps, each of them up to 30 meters high. It is an example of a rare combination of small waterfalls with rapid flows. This is the only big waterfall of this kind on Lake Baikal: it is perfectly visible from the water area of the lake at a distance of several kilometers.

Those who have been lucky to see this natural miracle first-hand do not hide their emotions: “We were amazed and delighted to see the goal of our trip - the cascade, from a distance it seemed to consist of two splendid waterfalls. <...> As though enchanted, we looked at a colorful picture of a trough valley deeply protruding to the Baikal Range (a valley in a glacial area with a U-shaped transverse profile, a wide bottom and steep concave sides). It seemed that nature have taken care about the way of presenting the most valuable things: everyone standing below could not help staring at the silver ribbon of a waterfall from any point of the valley. The upper waterfall located nearby disappeared behind the bend of the relief; only when we approached it through rather tricky rockslides, we saw that both of them were connected by a deep canyon where we could not even see the river”.

The valley of the Bezymyannaya River is considered e a textbook example of the effects of glacial action on the Baikal Range: the rocks made up of bedrock coming to the surface, smoothed and polished by the movement of the glacier; clusters of coarsely fragmented material that was formed after the rocks were chopped off by the glacier and carried downwards, and apparently, the glacial lakes at the top. Nevertheless, we can observe the diversity of flora there: thickets of dwarf pines, dwarf birches, willows, larches, fir trees, subalpine meadows...

That is why the protected area includes not only the waterfall itself, but an entire area of ​​about 7.9 hectares.

The official documents define the value of this regional natural monument in the following way: “The waterfall possesses significant recreational value and strong aesthetic potential”.