Swampy Kingdom of the Baikal Region

On October 6, 2019, the world celebrated the 40th anniversary since the establishment of a special day for the protection of habitats. This international holiday should help the people around the world evaluate the threat to our fauna caused by the destruction of the usual surrounding landscapes. The mass media pay the most attention to the problem of forest mortality and water pollution, but virtually nothing is being said about the swamps. Since ancient times, swamped places have been an example of something sinister, gloomy, stagnating. Their bloodthirsty boggy grounds covered with dense fog, suffocative stench, the swarms of mosquitoes and stinging midges horrified people, which was aggravated by numerous terrifying tales and legends composed about impassable swamps, sorcery rites, and witch’s herbs.

Swamps were massively destroyed by land reclamation, until, finally, in late 20th century people came to understand the importance of their protection as unique open natural systems that play a huge role in the process of uniting the flora and fauna into a single whole. This became one of the goals of the Telma international project (Telma means “silt, swamp” in Greek). The program includes the swamps of the Baikal region, because they are the most important stabilizers of the hydrological regime of the lake and a habitat of a large number of animals and birds.

As a result of construction of a cascade of hydroelectric power plants on Angara, the level of Baikal water rose by about 2 meters. After this, the objective conditions for the existence of swamp formations in its coastal area also changed.

We should recall that scientists distinguish several types of swamps, distinguishing them by soil fertility “feeding” the local vegetation. There are lowland marshes rich in nutrition for plants. The most typical representatives of this kind are situated on the coast of Lake Baikal, between Kultuk and Slyudyanka.

Upland marshes, on the contrary, are characterized by a poor ability to “feed” their plants that are separated from the soil by a layer of peat and must try hard to absorb any drops of mineral fertilizers coming from atmospheric precipitation. These swamps are stretching near the spurs of Kamar-Daban for tens of kilometers.

The swamps in the Baikal region are characteristic of the territories with high humidity constantly present both in the atmosphere and in the soil. Such places, for example, can be found on the southern side of the Baikal basin, and in the lower reaches of large rivers - tributaries of the lake: Selenga, Verkhnyaya Angara, Barguzin, Turka.

The Swamps of the Specially Protected Natural Areas of Baikal 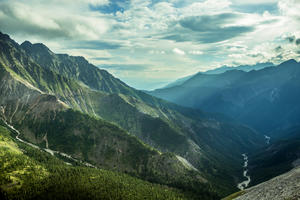 It's strange but the most part of the marshes around ​​Lake Baikal are located in national parks, reserves and game reserves. For the most part, this helped them to develop in a natural way, without constant destructive human intervention. It's another matter that the bulk of specially protected natural areas began to be officially created in 1970s. Until that time, people behaved quite unthinkingly here.

We will focus on the Pribaikalsky National Park and Baikal-Lena State Reserve. The bright examples of swamp ecosystems in the National Park are concentrated in the deltas of the rivers of Goloustnaya, Angara and Sarma. These are, first of all, upland swamps that had to “tolerate” the mass appearance of berry pickers and migration of livestock.

Although swamps can be found in all zones in the reserve, they do not occupy a large territory. Today they are protected, and there is hope that they will fully recover after prospecting expeditions that were held there not so long ago.

An impressive aggregation of wetlands is located on the territory Zaybaybalsky National Park: these wetlands have been negatively affected by the rise in the water level of Lake Baikal. In addition, they regularly suffer from the consequences of annual construction of winter roads, invasion of tourists and those who pick the gifts of nature.

The swamps in the Barguzinsky Reserve and Frolykhinsky Game Reserve, fortunately, face almost no negative results of human economic activity.

Tunkinsky National Park is located on the southern slopes of the Khamar-Daban and East Sayan ranges, as well in the Tunkinskaya valley. This place is the concentration of main swamp systems, for example, Koimorskiye swamps. Some lowland marshes of the national park have suffered serious damage caused by land reclamation and overgrazing of livestock without taking into account the real forage potential of these lands.

If we try to name the main wetlands of the Baikal region, then these are the Pankovskiye swamps, Boyarskiye swamps, the isthmus of the Svyatoi Nos Peninsula, Angaro-Kacherskiye swamps and Posolskoye swamp.

Swamps are the Guardians of Baikal Environment

The beauty of the mirror-like surface of Lake Baikal and the magnificent views of its coast naturally outmatch such natural objects as swamps.

Meanwhile, their importance in the ecological protection of the lake is extraordinarily great. 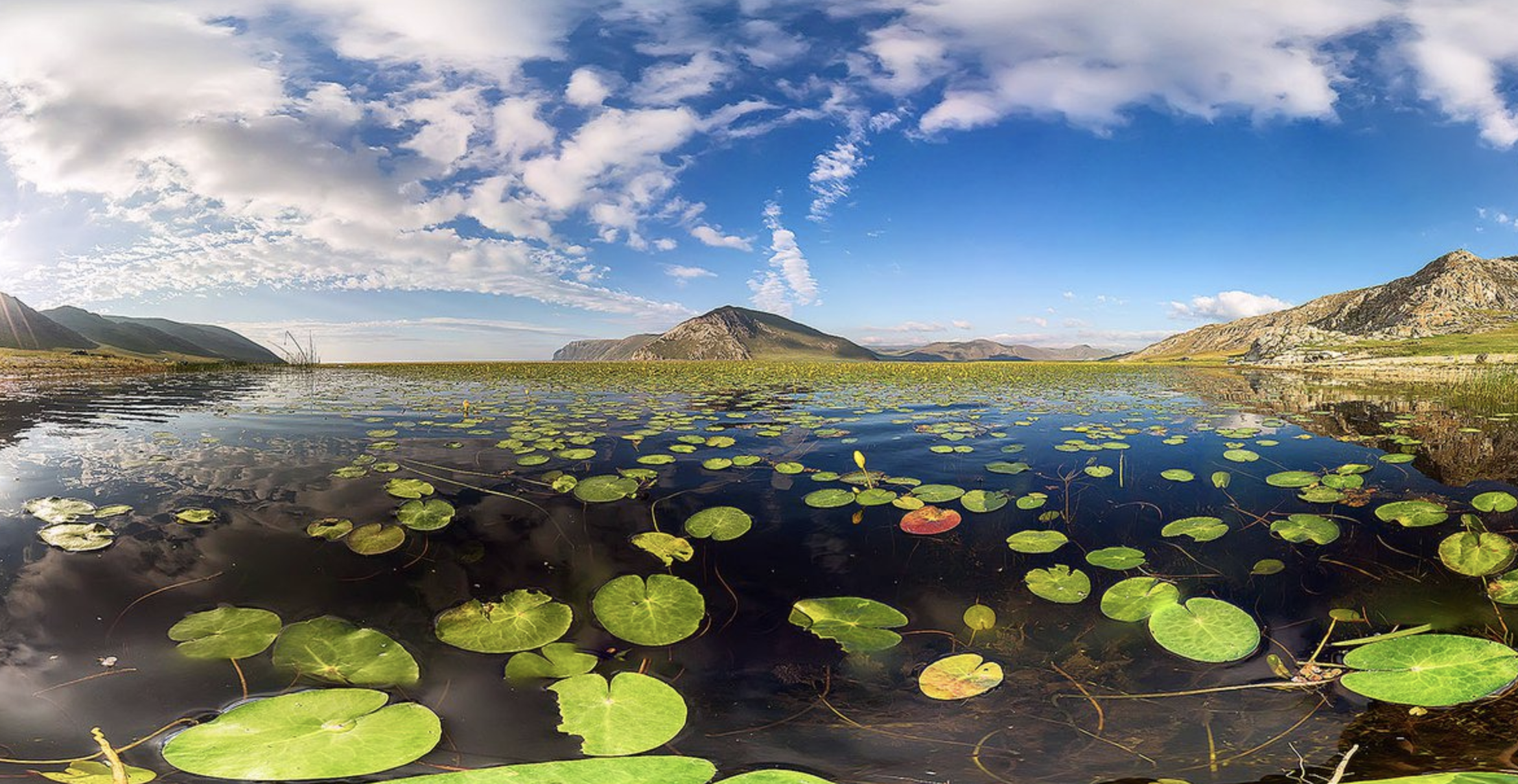 - swamps are indispensable reservoirs of moisture in general and fresh water in particular. They are natural accumulators of moisture of the surrounding landscape. Their role is especially important in the regulation of rivers: because these replenish the lake with their waters. Swamps reduce the process of seepage of surface water into the soil, thereby increasing the horizontal flow into rivers;

- swamps implement the task of water protection, being excellent natural filters absorbing many substances polluting Lake Baikal. In particular, there are peculiar barrier zones in the Selenga wetland delta: they are the main defense of the purity of water and biological diversity of Lake Baikal. This zone ensures both the filtration and concentration of chemical elements and their compounds coming with the natural and technology-related wastewaters of Selenga, as well as the enrichment of Baikal water with dissolved organic substances;

- swamps are accumulators of peat that can be used as fuel, is a valuable chemical raw material for microbiological industry and a fertilizer for improving soil composition. It is also used for the production of feed protein, vitamins for cattle breeding, physiologically active substances;

- swamps are excellent habitats and places for reproduction of a number of animals and birds. For example, the isthmus of the Svyatoi Nos Peninsula, being a rather large inaccessible swamp massif, is an extremely important natural refuge not only for a number of rare and endangered bird species, but also for other representatives of flora and fauna. Therefore, such swamp systems really preserve the biological diversity of the entire Baikal region;

- swamps are the sources of useful and valuable medicinal plants and berries. The common opinion saying that practically nothing is growing on swamps is completely wrong. The swamp helps people to get food and fully feeds all creatures great and small. Beginning from early summer and almost until the first snow the swamps of the Baikal region are full of berries - cloudberries, Arctic raspberries, blueberries and, of course, cranberries with their contents of vitamin C comparable to lemon. The residents of the Baikal region enjoy eating these berries, besides, the medicinal properties of cranberries are also appreciated. The medicinal qualities of young shoots of wild rosemary, bean trefoil, comarum and grass-of-Parnassus are well-known not only in the practices of traditional medicine. 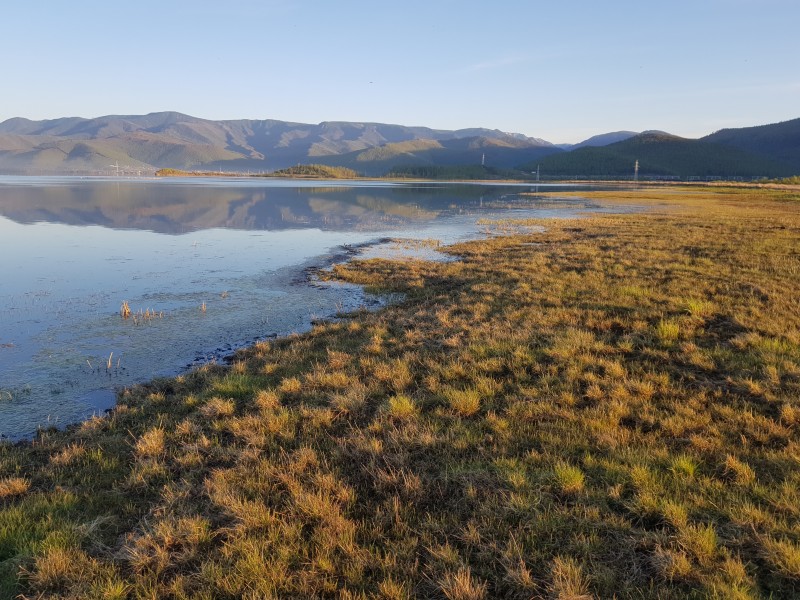 Many people were extremely worried by the construction of a Baikal water bottling plant in Kultuk and wanted to jointly protest against it. In April 2019 they were happy to hear that the first migratory birds returned to Talovskiye swamps: gray herons, mallards, ruddy shelducks...

This was a joyful victory of the public, which would not have fought against the plant if there had been no an attempt to unacceptably, cruelly destroy the fragile ecosystem of Talovskiye swamps - a unique natural system, a “transfer hub” for birds, including those listed in the Red Book of Russia. Moreover, Talovskiye swamps are a place where you can observe the rarest bird diversity at the same time, nothing of this kind can be found anywhere else on the coast of Lake Baikal. For example, there are 34 species of waders there! The swamps are characterized by unusually late autumn migrations of migratory birds - until the beginning of December, and unusually early spring bird migrations for Irkutsk Oblast. On the way to the place of wintering, birds can eat something “for future use” on the swamps of Kultuk, because they won’t be able to eat anything for a long time after that.

The construction of the plant has been prohibited. The birds again returned to their old habitat. And we can hope that nature will recover.

Undesirable Effects on the Swamp Ecosystems of the Baikal Region

Talovskiye swamps, if we can say so, were finally lucky.

But are all other swamp lands protected from people’s interference with their natural systems? The most difficult period connected with the construction of hydroelectric power plants destroyed many swamp systems, leaving only people’s memories about them and information written by experts in scientific literature. However, in practice this meant that whole plant communities were exterminated.

What else threatens everyone? Swamp drainage in the Baikal region! The peat of swamps acting as a filter accumulates many harmful substances, such as, for example, nitrogen and phosphorus. After the peat swamps are drained, primarily those used for agricultural purposes, they release these substances in the form of nitrates and phosphates, and they, in turn, get into water reservoirs, for example, Selenga or directly to Baikal.

Swamps should be protected and restored, in order to reduce the risk of fires that are literally destroying the Baikal taiga.

The smoke of burning peat swamps and their smouldering are much more dangerous for people than the smoke from forest fires. And even if you douse them, they can no longer be used in agriculture, because they accumulate such harmful substances as benzopyrene.

The provisions related to the justification of the need for the protection of swamps and their restoration have been defined as part of the Telma international project back in early 1970s. Over 50 years have passed, but the provisions are still relevant...