Baikal Ice Clinks and Sings: What Anchor Ice Is

Icebound winter Baikal is one of natural miracles. Many people prefer to travel to the lake in winter only to see the amazing Baikal ice. Did you know that there are several types of ice on Baikal? Today we will tell you about one of the most unusual ice types – anchor ice that grows at night and pops up to the water surface during the daytime.

An indispensable attribute of this time of year, especially in Siberia, is a lot of snow, snow women, ice figures, ice slides. Besides, icebound Baikal and Baikal rivers are really breathtaking. We have already told you about the peculiarities of the ice covering the water, however, due to the importance and popularity of the topic, we decided to address it again and tell you about the unusual anchor ice of Baikal. 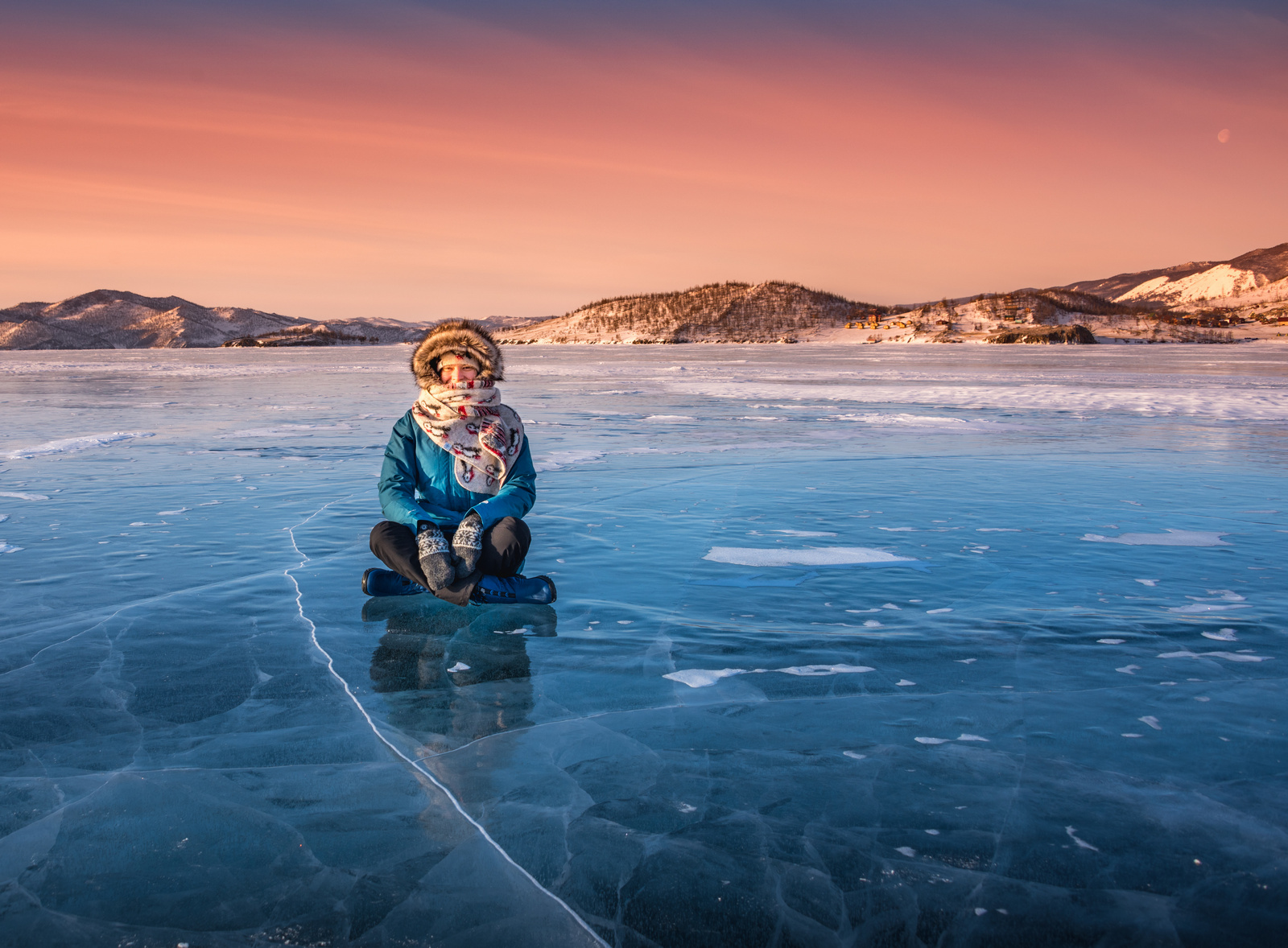 The ice that is formed within the water mass is called anchor ice: it is one of the most common types of ice.

Imagine that you are diving in winter waters; you plunge into the water, and suddenly notice a large accumulation of ice right in front of you. First, you think that these are just pieces that broke off from an ice floe. However, after some thinking you will certainly notice a contradiction: the ice does not pop up and does not melt for a long time, at the same time, it remains in the water.

Anchor ice is presented by crystal plates of various sizes. Just like snowflakes in the air, the crystals of bottom ice have all sorts of shapes, but their edges are more smooth and even. The study of anchor ice showed that this ice is a loose spongy mass. Grainy ice called “shorokh” is brought to the bottom by the current in the areas where the water is not calm. Famous Baikal researcher - Academician G.I. Galaziy  - wrote that “grainy ice inside the water is called “shorokh” in Baikal region. The crystals of this grainy ice are needle-like, lenticular, bean-shaped, or pea-shaped with their size ranging from 1 – 2 mm to 10 - 20 mm in diameter.”  “Shorokh” ice gets stuck between the plates of anchor ice. After the formation of a solid ice layer, if the temperature rises, the plates pop up to the surface, thus strengthening and thickening the ice cover.

Anchor ice is formed at night and pops up during the daytime. In windy weather, for instance, it emerges faster and pops up more slowly.

The Formation of Anchor Ice

At the time of formation of anchor ice water has a temperature below zero degrees Celsius. It can be formed both on the water surface and at its depth.

Scientists say there are several basic requirements for the formation of bottom ice:

- Subzero temperature outside (lower than-10 ° C);
- Open water surface (increases the heat loss of water and provides hypothermia);
- Rapid flow of water promoting preservation of the supercooled state of water and not allowing an ice crust to form on the surface;
- The presence of the so-called “basis” (ice needs a basis to grow on, it is not formed from scratch).

The situation is as follows: if you cool the water, actively mixing it, then its temperature will be subzero. The smallest grains entering the water from the external environment will be overgrown with ice and gradually sink, crystallizing like a snowball, turning into large ice crystals. Anchor ice can be formed not only from the surface. Unfortunately, we often receive information about the high pollution level of the waters of Baikal and its rivers. There are many kind of trash polluting the water: punky poles, old fishing nets, household garbage ... They serve as the above-mentioned “basis”, which means that they are the centers of ice formation when they are washed by supercooled water on the surface. As the ice crust grows thicker, it pops up to the surface, sometimes the crust contain some objects, pebbles, sand, and so on. This is evidenced by the particles of soil and pebbles that are sometimes clearly visible in the mass of the ice. Experienced tourists say that they regularly meet such inclusions during winter journeys to the rapid Angara tributaries preferable for sport rafting - Irkut and Kitoy.

The density of ice is a bit lower than the density of water; therefore, the pieces of ice do not immediately pop up in a rapid stream. As a result, “slush ice” can be found on water surface: this ice consists of particles of anchor ice and submerged surface ice mixed with water, as well as snow lumps.

When the pieces of anchor ice begin to rise, they may act like caissons, drawing big stones from the bottom. These ice formations together with the “slush ice” can become a serious problem, blocking the entire thickness of the stream under the layer of surface ice. As a result, an ice dam, a kind of jam, is formed: this will inevitably result in the release of ice-water mixture that freezes in lumps to the ice surface. 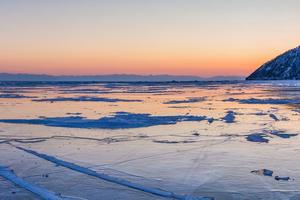 Crystal Glass of the Baikal Ice

However, the inhabitants of the Baikal settlements have long used ice and frozen rivers as an alternative to ground roads. These roads are sometimes the only ones that are left. And such lumpy ice makes these roads very dangerous for transportation; besides, there is also a danger of falling through this ice – due to the flow of water coming to the surface from the bottom.

Wintering tourists also dislike these ice surprises. It is impossible to ski on such a surface, and even leg irons on special shoes are not very helpful:  they slip on the ice.

The residents of Kultuk (a settlement in the southwestern part of Baikal) told that the small Tyagunchikha River that passes through the settlement could cause great problems by spring:  an ice cover could be formed on the road, foundations of houses, and in the gardens.

Moreover, the old Irkutsk newspapers reported that at a winter flood could occur in the city around Christmas or Epiphany: it flooded everything on its way by the cold snow-water slush, producing steam in frosty weather. The last winter flood surprised the residents of the city in 1953. A thaw came after severe frosts, Angara woke up, the ice cover in the place of an ice jam near Irkutsk was broken, so the river burst its banks.

By the way, today we have an “insurance” against such surprises, thanks to the cascade of hydroelectric power plants constructed on the river banks.