Baikal Sirens: What the Lake Sands Are Singing about

Many things on Lake Baikal are not in line with logic and reason. The lake never fails to amaze us by the number of its secrets, so we never cease to admire when we get to know new natural phenomena that were previously unknown, such as, for example, singing sands that may soon become silent forever... 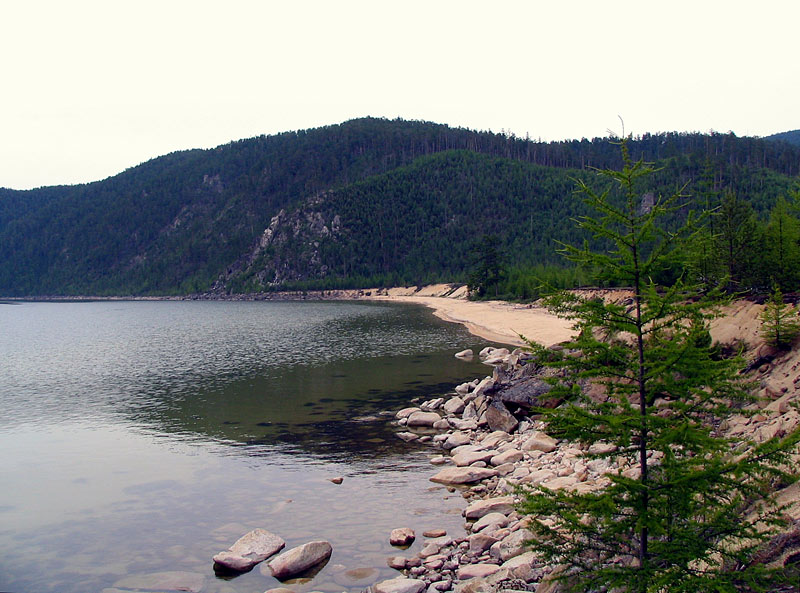 All phenomena that are even a bit beyond common understanding were perceived by our ancestors as the actions of supernatural forces. Such anomalies were surrounded with legends; the stories about them were passed from generation to generation. It can be easily explained that many different legends about the singing sands have been created: people saw this phenomenon more than a thousand years ago. One story states that these are the voices of sirens luring the travelers deep into the desert, according to another version, this is the sound of bells of the cities buried under the sand, the third version tells about the cries of evil spirits buried underground, the fourth one is about the orgies of the dead...

However, there also exist ancient written sources, in particular, those of Ancient China, describing a 150-meter sand ridge where you could hear uproarious sounds when rolling down from the ridge in summer. This miraculous hill performed a cult function. On the Festival of the Dragon, the priests climbed it and received the predictions of the future “from the Dragon” during a quick descent.

The sands issuing barking, squealing, whistling sounds or even melodies existed centuries ago and are still existing in different places of the planet;  all these sounds result in changes in the mental state of people. A similar miracle of nature can also be observed near Lake Baikal.

Where You Can Find Singing Sands on Lake Baikal

Barguzinsky district of the Republic of Buryatia is the largest peninsula on the coast of Lake Baikal. Even in ancient times, Svyatoy Nose was a shamanistic cult place, and its forests were the last refuge of adherents of shamanism. It was forbidden to disturb nature on the lands of the peninsula - to cut trees and mow grass. Without any doubt, singing sands added mystery was to this territory.

Initially, they were associated only with the southern part of the peninsula, Nizhneye Izgolovye Cape, but the famous explorer of Lake Baikal V.V. Lomakin found similar sands on the opposite section of the lake coast. Let us quote his words on this occasion: “in June 1952 we managed to inspect a section of the Baikal coast on the northwestern side of the Svyatoy Nos Peninsula. We discovered singing sands on the stretch of coast at a distance of one and a half kilometers from the mouth of the Markova River, to the north-east of it. The sand is fine-grained, grayish-yellow, perfectly assorted. The grains of sand are presented by the rounded grains of quartz and feldspar, as well as, to a lesser degree, by angular and oblong grains of amphibole (magmatic mineral). Almost all sand grains have a size of 0.1 to 0.5 mm in diameter.

If you walk along the top of the dried upper part of the beach, the sand makes a loud creaking sound, very similar to that of leather shoes. If you begin to scoop sand with your feet, the creaking sound becomes stronger and turns into an abrupt howl. The sand is creaking and howling when you dig it with a stick or a hand. If you put pressure on the sand vertically with your foot or hit it with something from above, then instead of a squeak, you hear only a faint crunch, in the way dry starch flour crunches when stirred”.

The Delta of the Selenga River. Imetkhenov A.B., the author of the book titled “Monuments of Baikal Nature”, discovered the “singing” of sands in the Selenga delta to the north of the village of Istok, on the surface of a 30-40-meter sandy terrace. A clinking sound or a short howl could be heard on these dunes, in calm weather.

Turali Cape is the most popular place with singing sands on the coast of Lake Baikal, so we will describe it in more detail. 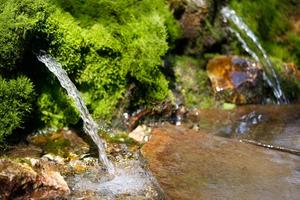 A high rocky cape overgrown with centuries-old trees - cedar, fir, spruce - is located in the north-eastern part of the Baikal coast, 6 kilometers away from Khakus. Its name – Turali - is of Evenki origin, and is literally translated as “rattling, singing sand”. This confirms that the original inhabitants of this coast were well aware of the strange feature of these places, which, in its turn, became the reason for the superstitious fear of locals before this phenomenon. They simply did their best not to go to that place without any special need. This was explained by the fact that the sounds coming from the ground at the foot of the cape were terribly strange; there was a sand dune going from the edge of the water to the forest between the two stony ledges. Its dimensions were not so surprising: about 250 meters long, 180 meters wide, and 20 meters high. The dune gently descended to Lake Baikal, forming a cozy small beach.

The loudest sands on Turali could be found in a small bay to the north of the mouth of the Tompuda River - they “performed” violin concerts. Due to the construction of the Irkutsk Hydroelectric Power Station, the dune sank under water and fell silent.

This does not mean that the sandy beaches of Turali became completely silent. The sands may wake up under certain conditions, for example, upon wave breaking accompanied by wind. The possibility of this phenomenon increases on a sunny day or after a thunderstorm, when the water level in Baikal rises.

Locals assure that the voice of the sand was taken away by the angry god Dianda, who, according to a legend, created Lake Baikal. The scientists offer a more logical explanation: the “musical talents” of Turali beaches depend on whether the lake is affluent or not. Baikal becomes shallower year after year, so the water surface slowly descends below the point at which the sands can “sing”.

Regretfully, the moment when the sands fall silent forever can really come one day...