The Cormorant Stone (Baklaniy Kamen): the House of the Baikal Birds

The Cormorant Stone is a punchy view of Lake Baikal and a place where one was able to observe the most beautiful birds even 50 years ago: the place was named in honor of precisely those birds. Over the past 50 years people have almost completely exterminated the cormorant population, thus making the bird the main contributor of the disappearance of Baikal cisco (omul)... We will try to figure it out what was really the case.

The Cormorant Stone is an island, an unofficial southern border of the territory of the Peschanaya Bay. The Stone received the status of the monument on May 19, 1981. The place was recognized a monument for aesthetic purposes, but it has recently acquired a significant zoological value, because returning pairs of cormorants began to nest on it again, in addition to a large colony of herring gulls. There is hope that the Cormorant Stone will regain its significance as the only place on Southern Baikal with the habitat of this bird listed in the Red Book of Irkutsk Oblast.

Where Can One Find the Cormorant Stone?

The Cormorant Stone is actually the top of an underwater cliff with a total height of 15 meters. It is separated from the coast by a strait that is 160 meter long and 5 meter deep.

The rock can be seen at a 3-kilometer distance from the Peschanaya Bay, and approximately 2.4 km away the Maly Kolokolny Cape, on the territory of the Baikal National Park.

The explanation of the island’s name is pretty simple. Once it was a favorite habitat on cormorants on the lake.

The Only Island of Southern Baikal 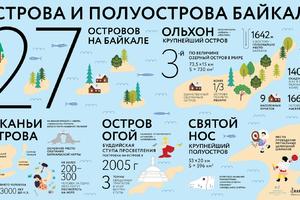 The Cormorant Stone is considered one of the most attractive places of the lake, therefore it its photos can often be seen in the professional gallery of Baikal photographs.

The local coast consists of coarse-grained granite; as a result of weathering, the slope takes on bizarre jagged, pillar-like or tower-like shapes.

The eastern part of the island resembles a granite tower with a sharply defined peak of 17 meters. The island itself has a semi-oval shape - 40 by 35 meters.

The rock is virtually devoid of vegetation. Its cover is very modest, unseemly, being not continuous, but presented by separate groups of vegetation. In general, we can only talk about single specimens of flora, including trees - Siberian elder, mountain ash, birch, and grass - Siberian wheat grass, sedge, common wormwood, Orostachys spinosa...

The Cormorant Stone is a comfortable home for birds. It is considered a refuge for breeding of the herring (Mongolian) gull, cormorant, gray heron, red-breasted merganser, white wagtail and fork-tailed swift. We used the word “considered” not accidently. The fact is that the herring gull and the cormorant actually disappeared from the island for some time. Only the name reminded of these birds then.

The Unenviable Fate of the Cormorant on Lake Baikal

In the last century, the cormorant was so common at Lake Baikal that its local settlements seemed to last forever. Perhaps that was why the species was not thoroughly studied; it was always postponed for some time later. And then it simply disappeared in the middle of the 20th century. And since the species remained virtually unexplored, no objective reasons for its “disappearance” from the lake were found. We can only make guesses about that.

First of all, all birds naturally change their habitat boundaries, so the cormorant could also reduce its breeding range. However, such a sharp disappearance might be logically associated with the rapid deterioration of living conditions. 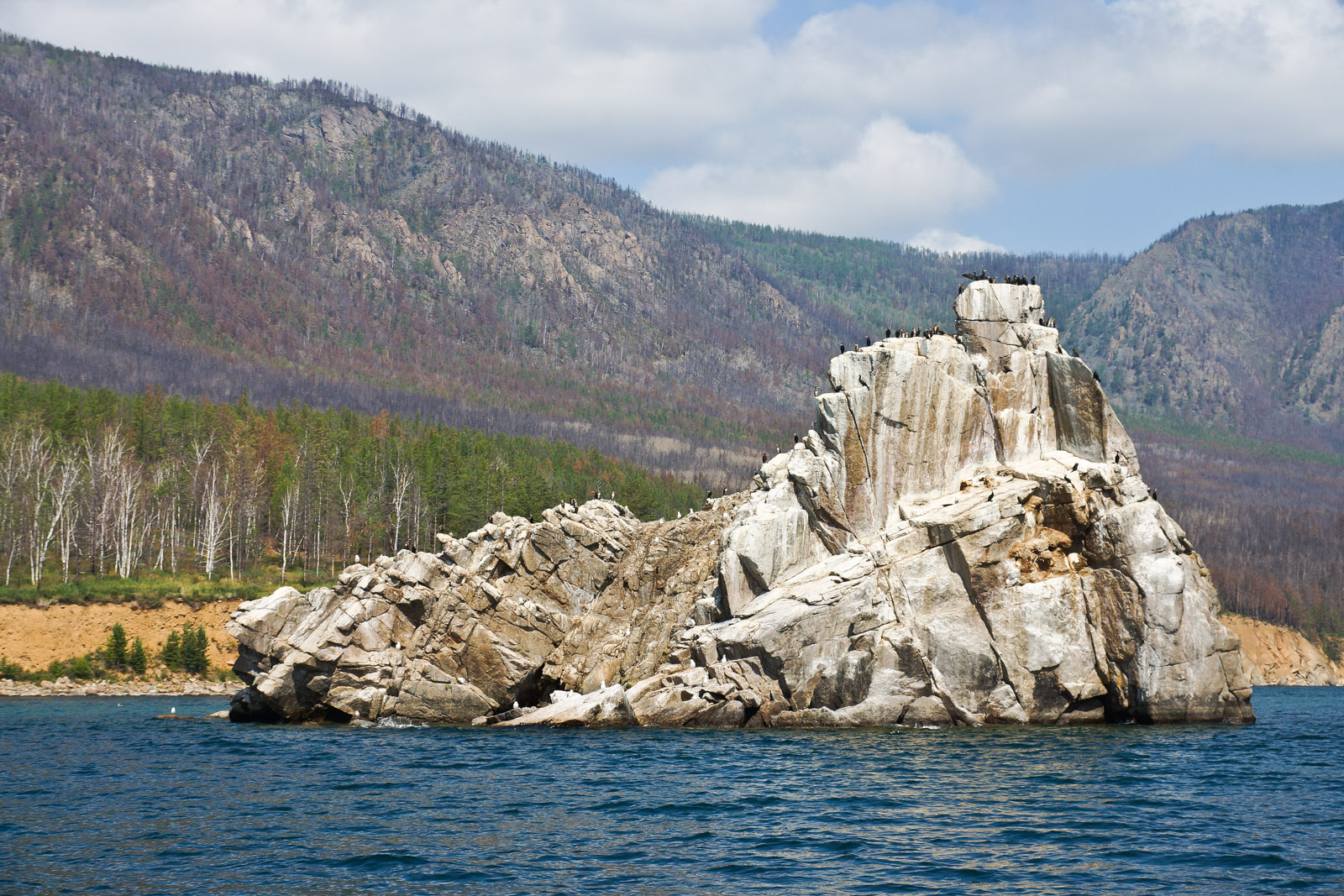 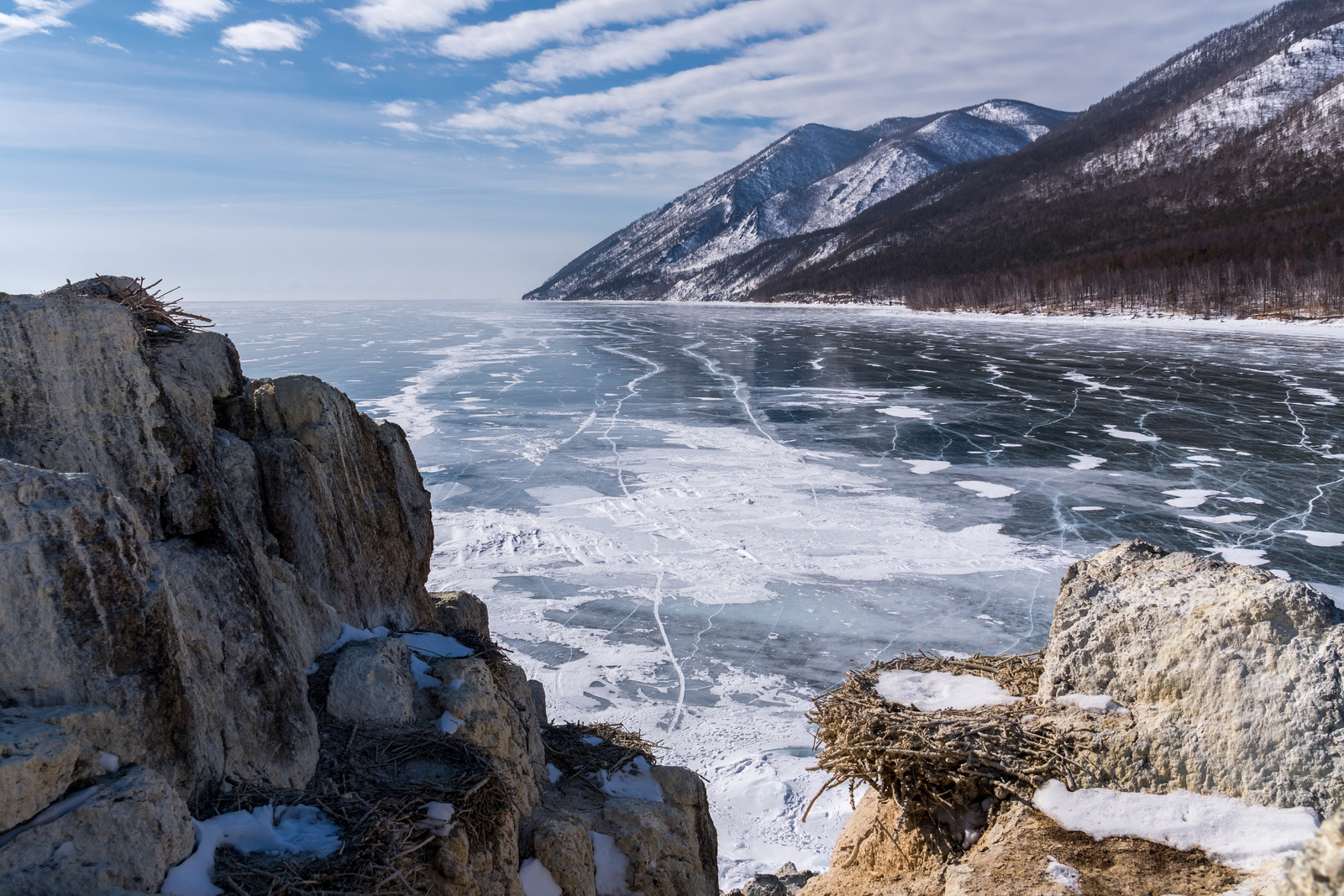 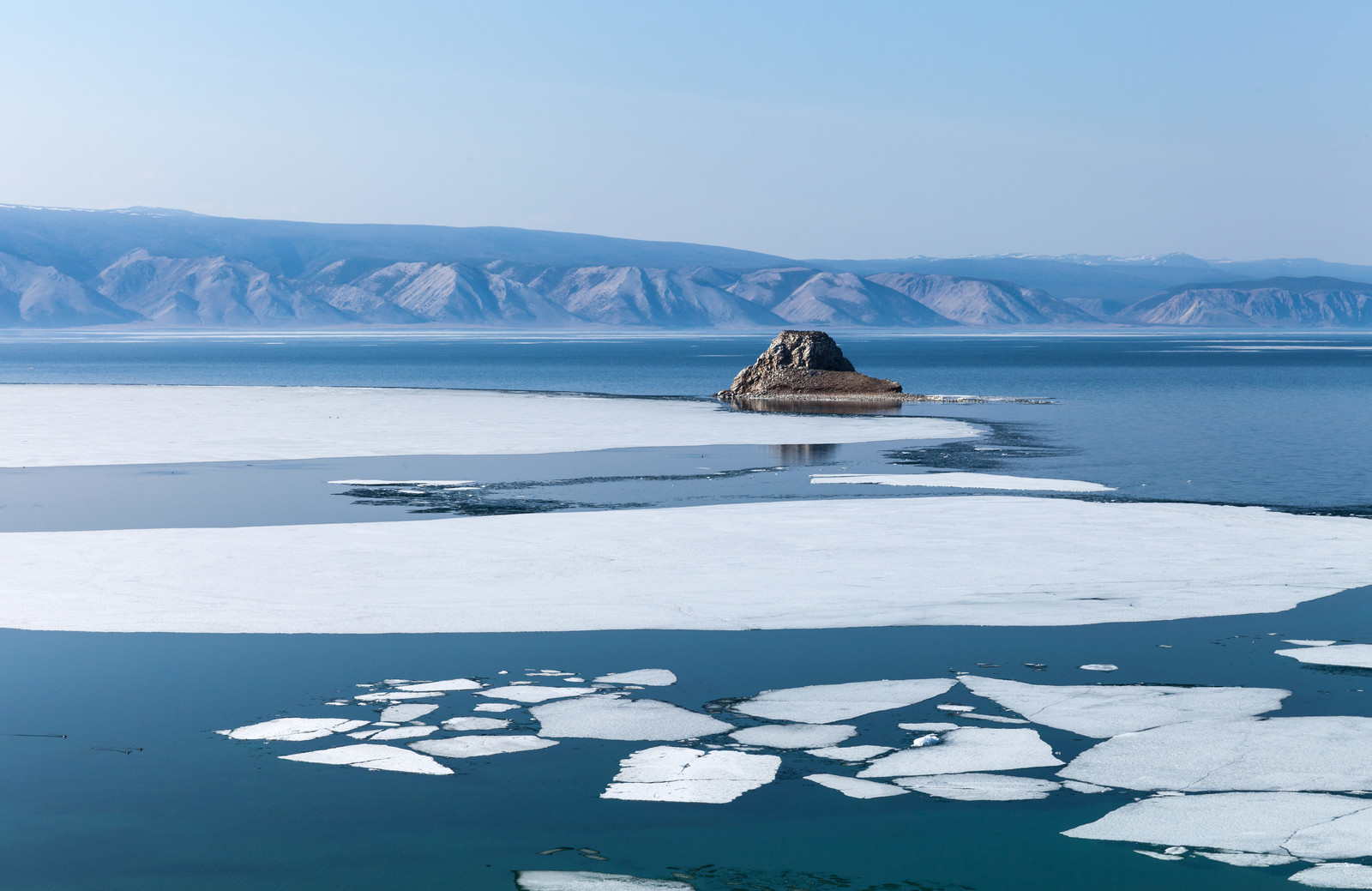 A chain of events that was detrimental for the bird formed in 1950s: the formation of a new coastline and emergence of turbidity in shallow waters kicked out the Baikal sculpins - the main mass feed of omul -from this place; them omul was growing more slowly and the fish forced to eat less nutritious food. The cormorant is a narrowly specialized ichthyophagist; unlike omnivorous gulls, it was unable to adapt to such a change in its diet, which was, many respects associated with a decrease in the number of Baikal cisco and a drop in its nutritional value.

Secondly, the reason was an extremely negative role of the man and the low level of environmental awareness.

We shall make a short digression. All tourists who saw the cormorant hunting omul claim that this is an incredibly spectacular and emotionally charged event: “In autumn birds concentrate at the mouth of each spawning river flowing into Lake Baikal and eat as much omul as they can before leaving for wintering. Baikal cisco enters the river in huge shoals along the shallow waters of its mouth, and during this time the fish is an easily accessible prey for cormorants. Huge flocks of fish-eating birds take advantage from every omul shoal. As a rule, cormorants wait near the river mouth, and when the right time comes, they take off and attack the fish, swooping with their wings folded. As the birds come to the surface, they swallow the fish, then they dive and swallow fish again, and then fly to the coast and spend several hours in a dry place, drying their wings”.

However, this mesmerizing picture causes only rage among local residents now, just like it did in the middle of the twentieth century. One should not be surprised at the fact that coastal fishermen (as well as some representatives of the government) declared that this bird is to be blamed for the reduction of the omul population.

And one must fight the enemy. Local did not spend much effort on choosing the methods. In the last century they even fought cormorants with the help of fuels and lubricants. The nests with eggs or chicks were simply poured over with fuel and burned. And no one wanted to hear about the fact that a bird usually ate 400-600 grams of fish per day, and the massive catch took place only in the autumn.

Northern breeding grounds were less accessible for the destructive human actions, whereas the southern ones, including the Cormorant Stone, were unlucky.

And all the same, the cormorants returned to the Cormorant Stone and are successfully breeding there. An almost lost population is being restored now. It would seem that we can only rejoice at this fact. But only ornithologists and tourists welcome the birds, whereas fishermen and government officials consider cormorant to be the most harmful bird that has already been excluded from the regional Red Book of the Republic of Buryatia and recognized the species a “hunting resource”...