Among the Glaciers of Baikal

What does the word “glacier” actually mean, where are glaciers located on Lake Baikal and how can one reach them? Read answers to these questions and many other things in our interview.

Our today’s interlocutor is Egor Nikolaevich Ivanov, Candidate of Geographical Sciences, an employee of the V. B. Sochava Institute of Geography of SB RAS 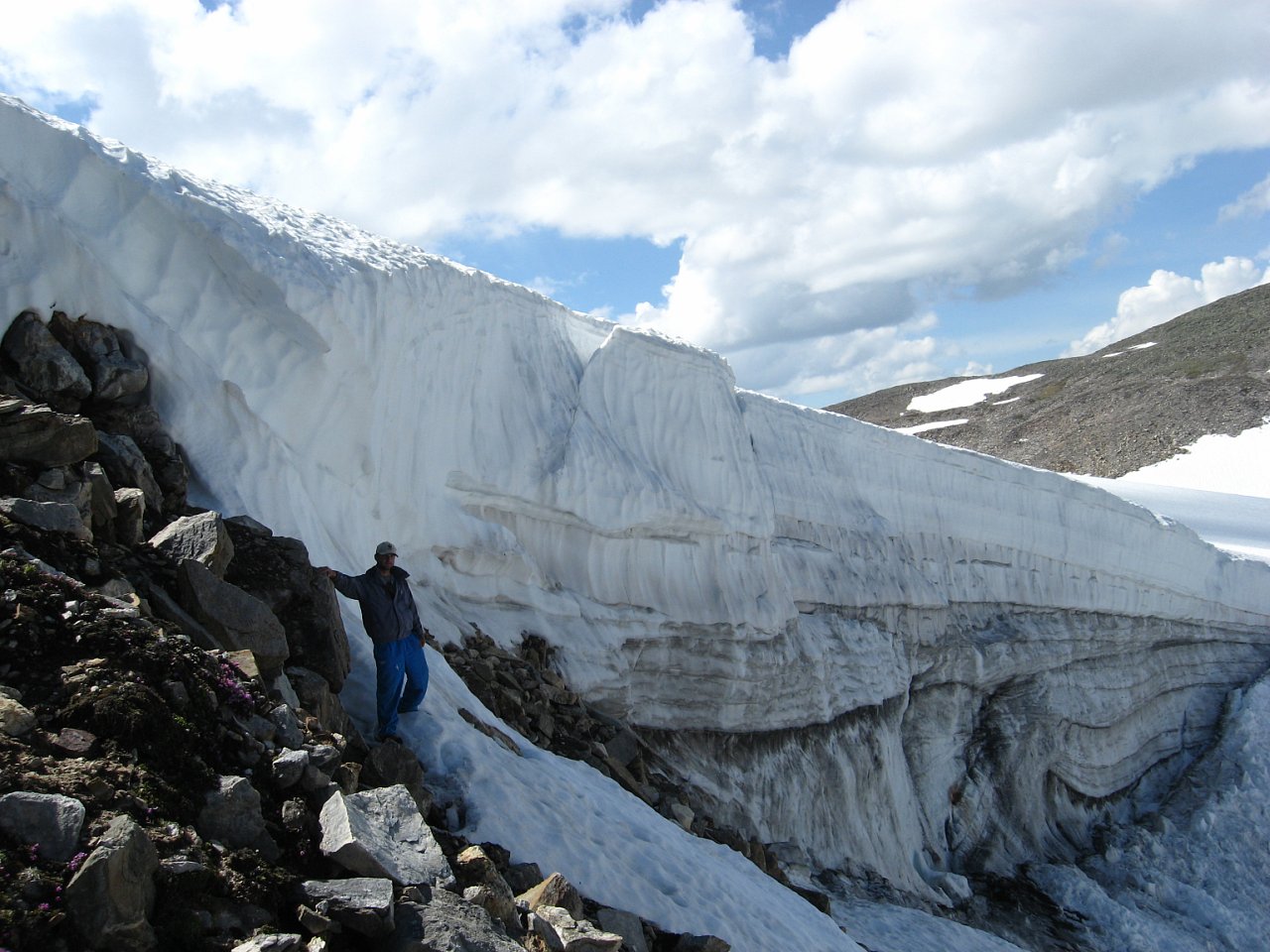 KTB: What do scientists call a glacier?

Egor I.: We often encounter the opinion that a glacier is any natural formation associated with frozen water. Of course, it is wrong. A glacier is a flow of ice of atmospheric origin. That is why a glacier must be constantly moving and when it ceases to flow, it is no longer a glacier. And vice versa, while this ice mass is not moving, it cannot be called a glacier.

Ice fields, i.e. formations associated with rivers or groundwater, are often mistakenly called glaciers. A glacier may also be confused with a snowfield - a large mass of non-melting snow and ice.

KTB: What is the role of glaciers in the ecosystem of Baikal?

Egor I.: If we talk about the remote past, about the times of the lake formation, then there are many theories about the ways glaciers influenced Baikal. There is a theory telling that glaciers flowed into the lake from the slopes of the mountains surrounding Baikal. Another point of view is that some time ago there was a huge glacier that covered everything, including Baikal. There are researchers who used to believe that the glaciers never had any direct impact on Baikal.

If we are speaking about the present, the glaciers do not affect Lake Baikal at all. No rivers originating from glaciers make significant contributions to the water balance of Baikal. Besides, the glaciers do not float in Baikal and do not enter the lake. Modern glaciers in their present state are concentrated on the highest mountain peaks, and all the rivers that flow from those are not included into the Baikal basin.

However, glaciers are interesting for researchers, first of all, as the indicators of climate changes affecting everything around in one way or another, including the ecosystem of Baikal. We can trace climatic changes - temperature, precipitation - by the changes in the state of glaciers. Using these data, we can extend the conclusions to the entire territory around the glaciers, including Baikal. Many problems associated with Baikal, such as low water or lack of fish mass, can be associated with these climatic indicators. That is, glaciers are connected with Baikal indirectly, through climate indicators.

KTB: Are there glaciers close to Baikal and how can one reach them?

Egor I.: There are not so many glaciers in the Baikal rift zone and all of them can be reached.

The most interesting glaciers are located in the northern mountains: the Barguzin Range and the Baikal Range.

So that get to the glacier of the Baikal Range, one needs need to go to the city of Severobaikalsk. You can reach the highest point of the ridge - Chersky Mountain - by water or by foot. There is one glacier and several transitional forms, future glaciers, on the mountain. It is a multi-day route, one should properly prepare to overcome it. 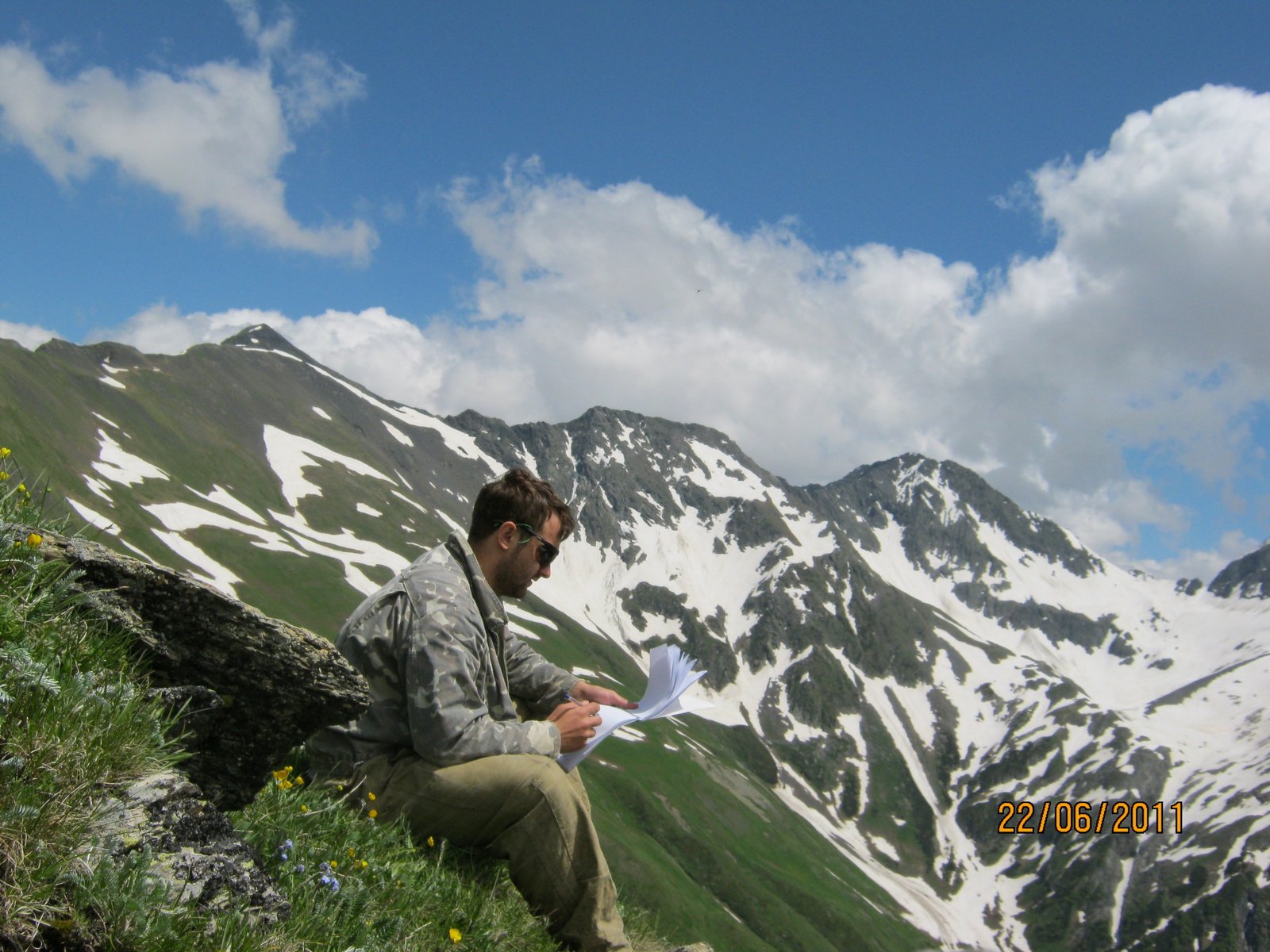 There are a couple of beautiful glaciers in the Barguzin Range. The way to that place also passes through Severobaikalsk. You need to get from the town to Ayaya Bay on the opposite coast of Lake Baikal by water. A good path leads from this place to Frolikha Lake. This place is the beginning of the difficult path to the upper reaches of the Tala-Svetlinskaya River where the glaciers are located. This route will also take several days and require tourists to be thoroughly prepared.

There is also a glacier far away from Lake Baikal, on the Munku-Sardyk Mountain. This is the highest point of the Eastern Sayan Mountains.

Kodar Range is situated within the Baikal rift zone: the range has recently received the status of a protected natural area. There are about 40 glaciers on its territory. You can get there by train - to the Novaya Chara station located within the Trans-Baikal Territory. On your way to the glaciers, you will be able to see the Chara Sands and an abandoned uranium mine.

KTB: What is needed for traveling to glaciers and around glaciers?

Egor I.: It is best to travel to the glaciers in summer, from mid-July to mid-August. If your aim is to see the glacier, only at this time of the year the glaciers are completely free from snow cover and show their true shape and size. Glaciers are interesting for tourists, because they are constantly changing, and every single time a glacier will have a new look, so one can get a new photo with a slightly different glacier at the same place. Specialized tours are organized to the glaciers of Alaska, Patagonia, Greenland, in order to observe the flow of glaciers. So that to get to a glacier, one usually does not need special climbing equipment, except for basic tourist equipment. If you climb onto the glacier, then you’ll need crampons, ropes, ice axes and other equipment, since glaciers are usually inclined at a certain angle, it is very slippery to walk on them.